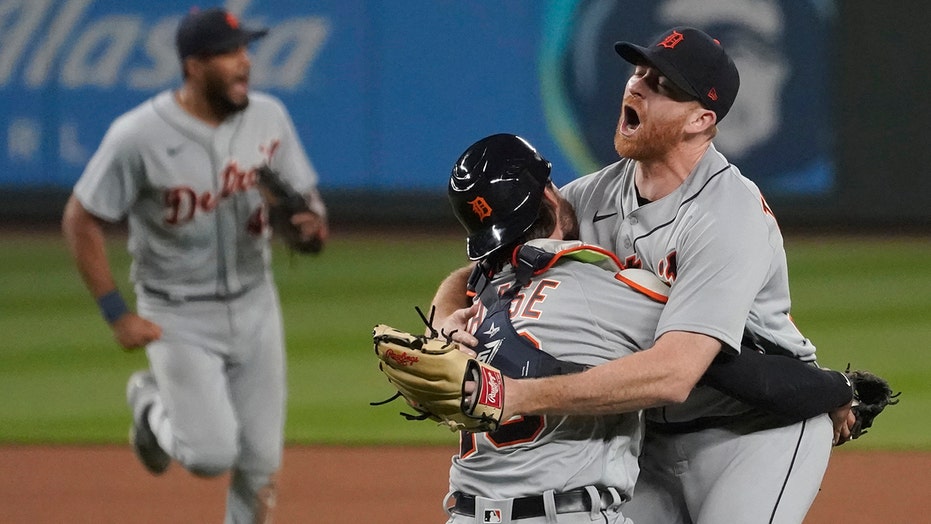 Spencer Turnbull is responsible for MLB’s fifth official no-hitter this year as the Detroit Tigers blanked the Seattle Mariners on Tuesday night, 5-0.

Turnbull struck out nine batters and walked two while picking up his third win of the season.

“It is by far the best night of my life, most exciting, and it’s definitely kind of like one of those landmark stamps on my career up to this point,” the pitcher said.

Turnbull, who led the league in losses last season, pitched the game at T-Mobile Park, the home of the Mariners. He explained that some fans behind the dugout predicted it would be Turnbull’s time to throw a no-no.

Lo and behold, Turnbull’s is baseball’s fifth no-hitter of the season.

He got five runs on 10 hits from the offense.

The five no-hitters through May 18 match the 1917 season for the most in baseball history by that date. Two of the no-hitters were thrown against the Mariners on their home field.

Turnbull didn’t make his season debut until April 21 because he was dealing with the coronavirus. He joined White Sox pitcher Carlos Rodon, Baltimore Orioles’ John Means and Cincinnati Reds’ Wade Miley. Madison Bumgarner had a seven-inning no-hitter, but MLB didn’t count it as an official no-hitter in its record books because of its doubleheader rules.