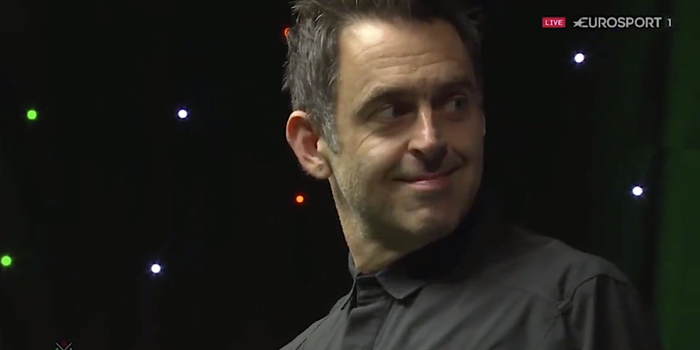 Ronnie O'Sullivan, the world's No. 2 snooker player, pulled off the oldest trick in the game on Thursday after farting during a match in the Northern Ireland Open.

During Eurosport's broadcast of O'Sullivan's match against Matthew Stevens, the distinct sound of a fart could be heard, but not who did it.

The cameras cut to O'Sullivan, grinning, looking back and forth between his opponent and the referee.

O'Sullivan then lined up his shot and missed. Cameras showed the referee, bright red, walking around the table.

"That was a very unfortunate noise," one of the commentators said. "I don't know who it was, but I've got my suspicions."

After the match, however, O'Sullivan revealed that he had actually farted.

"I dropped my guts," O'Sullivan said after the match, via Eurosport's Ben Snowball. "I've had bad stomach problems for the last three months. I've been having tests in the hospital.

"I said to the ref, 'Was that you?' We had a laugh out there. But I'm taking full ownership of that one."

According to The Sun, the tournament office, home of the referees, also confirmed that O'Sullivan had farted.