The Australian Open’s move to kill off advantage sets and introduce ‘super tie-breakers’ to break the deadlock in men’s and women’s matches has been widely condemned by tennis fans.

From next month’s tournament at Melbourne Park, a tie-breaker will be employed when the score reaches 6-6 in the fifth set of men’s matches, and the third set of women’s matches. 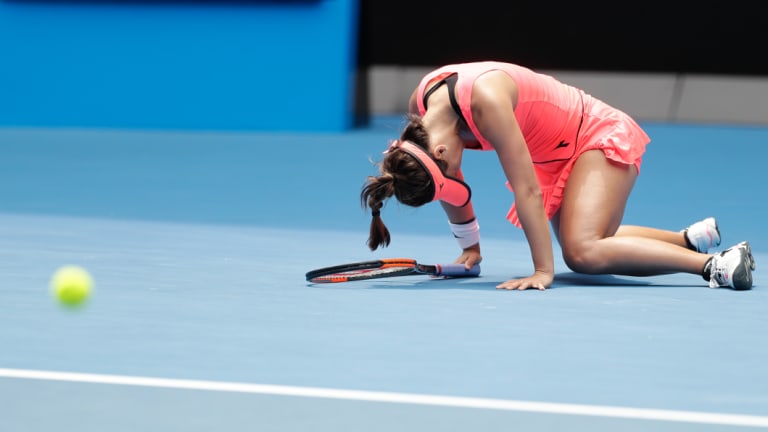 Lauren Davis feels the strain in her marathon match against Simona Halep.Credit:Alex Ellinghausen

The move means the four grand slams will operate with four different scoring systems to decide a match that has well and truly gone the distance.

The French Open now stands alone as the only major to require players to play out the final set until one leads by two games – also the previous format for the Australian Open and Wimbledon.

Significantly, while Australian Open organisers will turn to tie-breakers after just 12 games of the final set, Wimbledon has only recently moved to introduce conventional tie-breakers – but only until the match is deep into the final set and the score reaches 12-12.

The controversial move for Melbourne had been expected for some time but wasn’t necessarily tipped to be implemented for next month's event.

Australian Open tournament director Craig Tiley defended the move and said the decision was reached after "the most extensive consultation in the tournament’s history".

"We went with a 10-point tie-break at six games all in the final set to ensure the fans still get a special finale to these often epic contests, with the longer tie-break still then allowing for that one final twist or change of momentum in the contest," Tiley said.

"This longer tie-break also can lessen some of the serving dominance that can prevail in the shorter tie-break."

Marathon matches in tennis have been a hot issue in 2018, mainly thanks to the gruelling contests in the men’s semis at the All England Lawn Tennis and Croquet Club.

John Isner, who famously spent more than 11 hours on court spread over three days to outlast Nicholas Mahut 70-68 in the fifth set at Wimbledon in 2010, was this year involved in an exhausting semi-final against Kevin Anderson before losing 26-24 in the decider. Novak Djokovic then defeated Rafael Nadal in the other semi, prevailing 10-8 in the fifth after five hours and 15 minutes on court.

In October, Wimbledon bowed to widespread pressure and adopted tie-breakers.

The Australian Open announced on Friday night that their preferred tie-breaker format – the first player to 10 points – would be introduced in January.

But the news was met with almost universal condemnation across social media with many fans lamenting the loss of the unpredictability that comes with uncertain finishing times of matches with advantage sets. 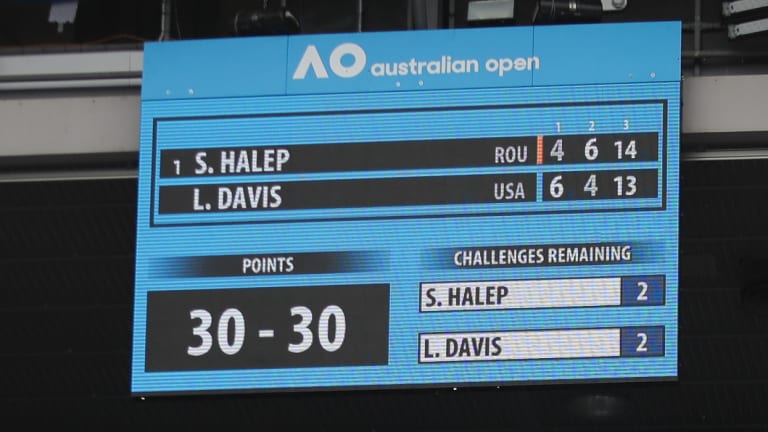 Halep and Davis go deep into the third set at the 2018 Australian Open.Credit:Alex Ellinghausen

The path world No. 1 Simona Halep took to last year's Australian Open can't be replicated under the changes. Before losing to Caroline Wozniacki in a compelling women's final and later needing hospital treatment, the Romanian was twice pushed to the limit during her campaign – including edging Angelique Kerber 9-7 in the final set of their semi-final.

But after beating American Lauren Davis 15-13 in the third round after nearly four hours on centre court, Halep said post-match she was “almost dead”.  "I never played the third set so long. I was very happy I could stay and win it. I’m almost dead but I’m happy we could show great tennis."

The gruelling Halep-Davis contest equalled the most games for a women's match in Australian Open history, tying the 1996 quarter-final between Chanda Rubin and Arantxa Sanchez Vicario, which Rubin won 6-4, 2-6, 16-14.

"As proud as I am of the long tough matches I got through, it is no longer humane to watch athletes almost 'kill' themselves to win," Rubin said on Twitter.

"Many times, players don't realise the longterm toll a match takes. This is a good move that helps player wellbeing."