SWANSEA will investigate booing and jeering which came from OUTSIDE the Liberty Stadium before the goalless draw against Reading as both teams took the knee.

Steve Cooper’s promotion hopefuls were left frustrated as Royals goalkeeper Rafael Cabral produced a series of stunning saves, but the big talking point came before a ball was kicked. 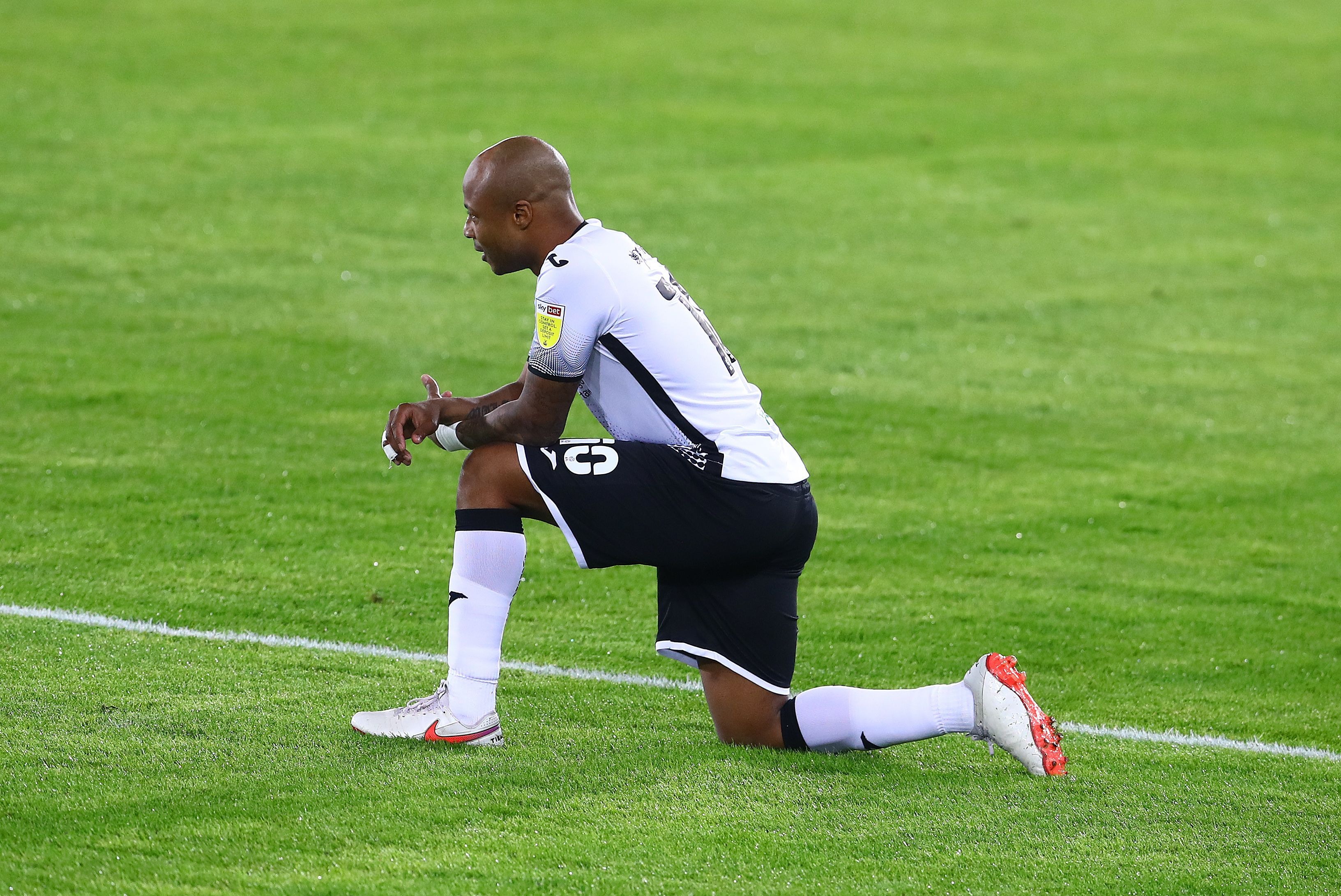 As both sides took the knee before kick-off in support of the Black Lives Matter movement, a loud series of horns and booing noises were heard from a group gathered outside the ground.

It is unclear who the group were or indeed their motives, but it was the second successive Swansea home game in which it has occurred.

Their head coach Cooper, 41, said: “I heard some noises but I couldn’t tell what it was. Let’s find out and the reasons behind it.

“In terms of taking the knee we are a club which has continued to commit to it.”

On the field Cooper’s men were playing their first game on the new Liberty Stadium pitch.

The old one – which is shared with rugby union side The Ospreys – had been ripped up before Christmas after it deteriorated badly.

Cabral was the man to deny the Welsh side time and time again.

The Brazilian had conceded 12 goals in five games in November during Reading’s poor run, but he was outstanding here to earn his team a gritty point.

Reading manager Veljko Paunovic said he was aware of the booing pre-match but did not comment further. Instead he rightly hailed Cabral’s display.

“He was man of the match for me and I am very happy with his performance,” Paunovic said. “He is the pillar of our defence.

“We built our identity on defence at the start of the season and we are slowly getting that back.”