Fremantle speedster Stephen Hill won't be able to run for six to eight weeks after having surgery to remove scar tissue from his left quad.

The 28-year-old left footer had experienced discomfort while kicking the ball and was sent to specialists for advice on the best course to take for recovery. 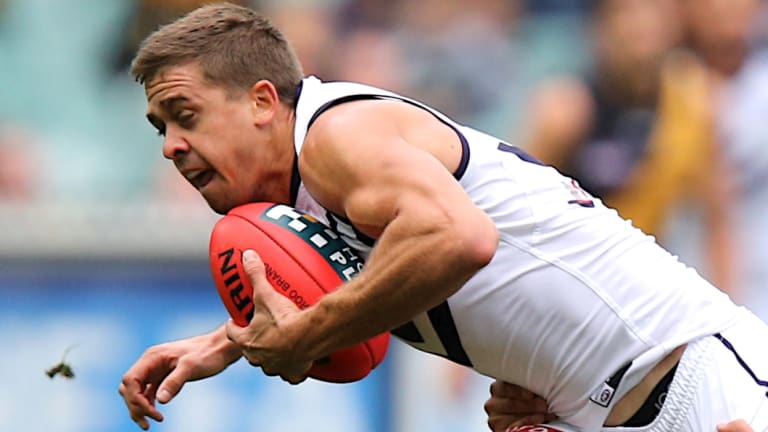 Stephen Hill has had surgery on his quad.Credit:Pat Scala

An operation was considered necessary with the Dockers hoping he will be able to recuperate in time to start the season.

The Dockers' football manager Peter Bell said a range of options were considered before a decision was made.

The experienced Docker, who reached his 200th game last year, was sidelined after round 20, 2018 and only played 13 games for the season.

His speed and class through the midfield was missed at times as the Dockers struggled, winning just eight games for the year.