A NEW arrival stole the show.

But unfortunately for Wolves it wasn’t their £35million Portuguese wonderboy Fabio Silva who enjoyed a dream debut. 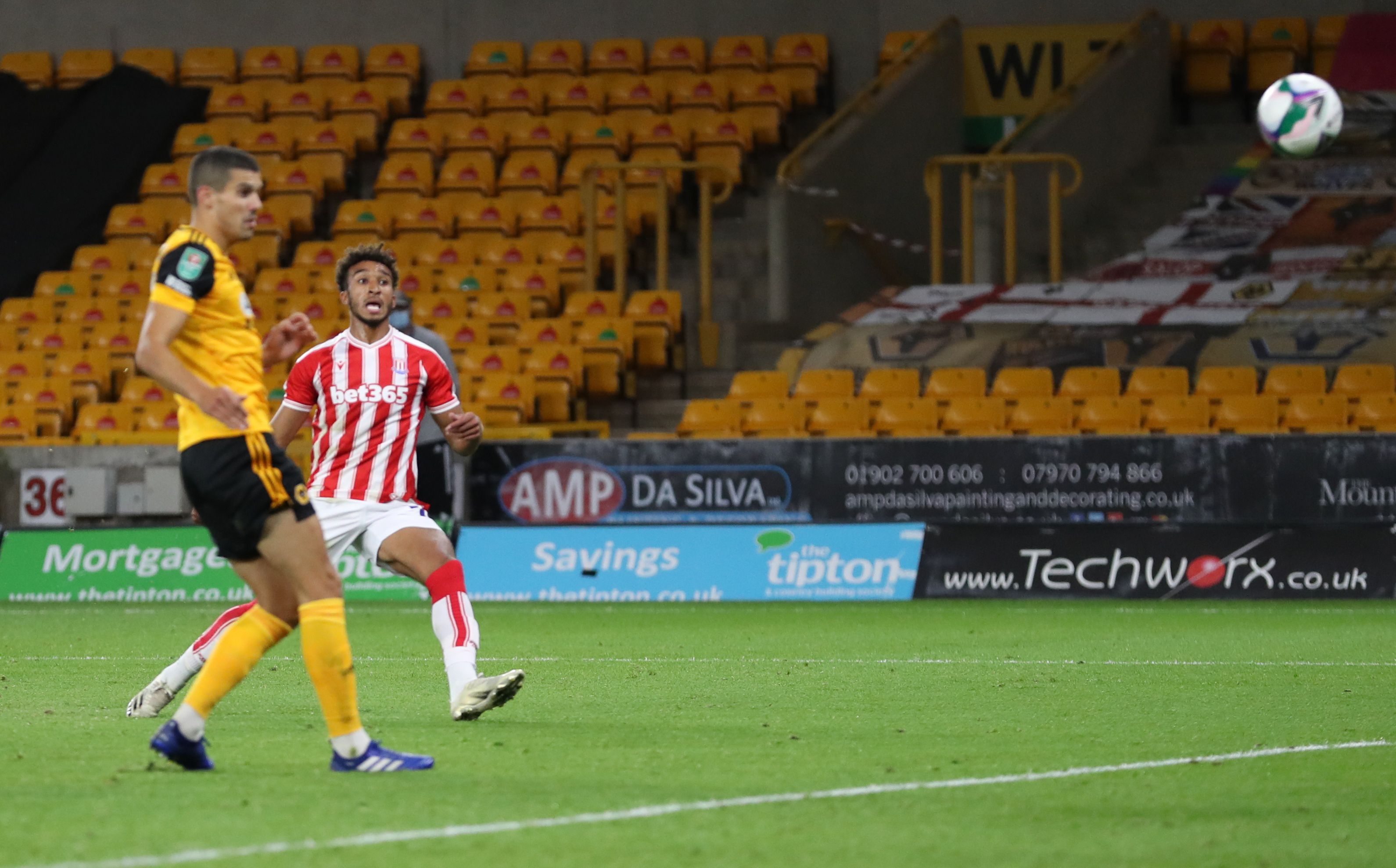 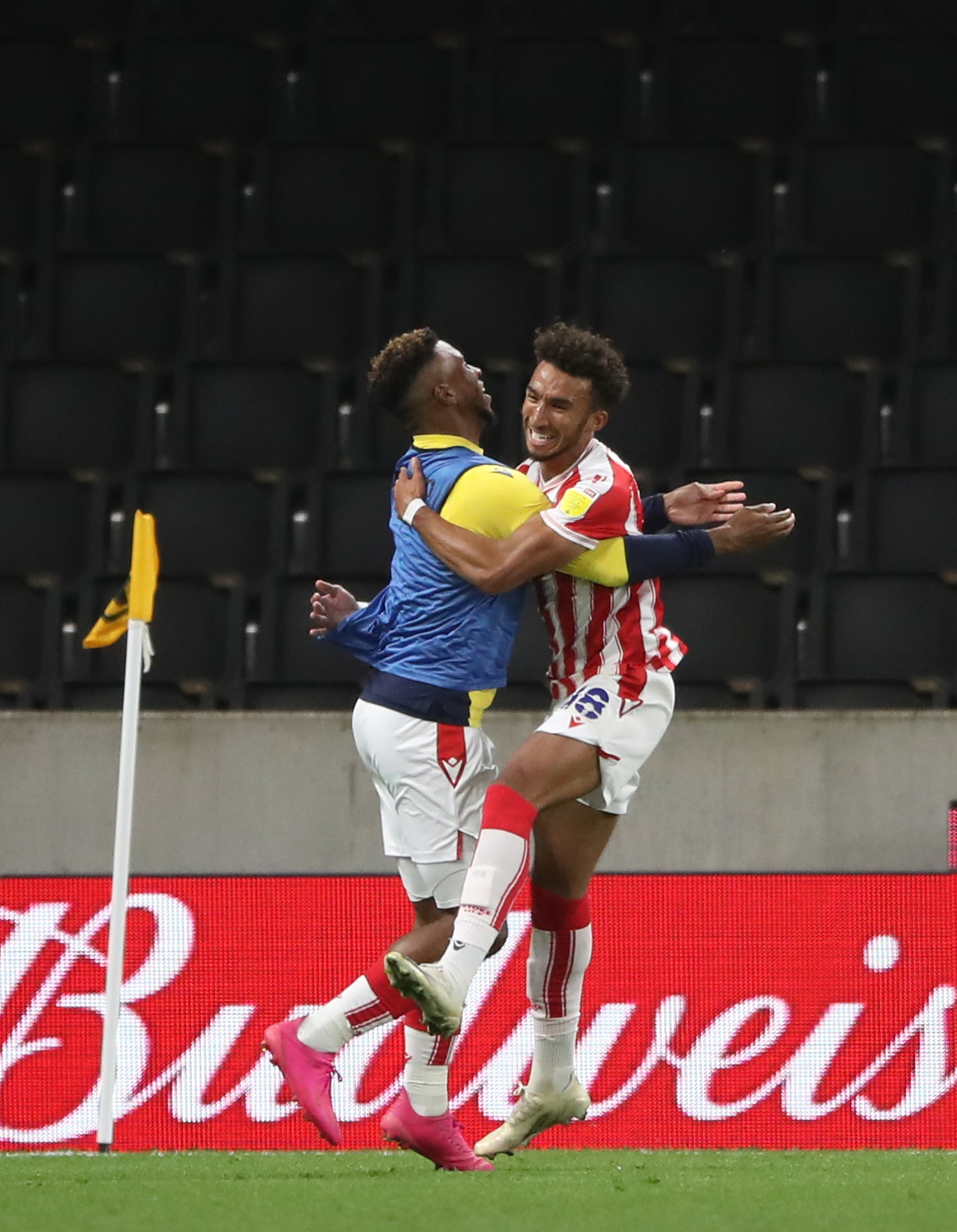 Instead,  22-year-old Stoke’s less-publicised newbie Jacob Brown came off the bench for 20 minutes to dump big-spenders Wolves – eight days after signing from Barnsley in a deal worth £2million.

His dramatic late winner is a moment he will remember for the rest of his days as he stunned Europa League quarter-finalists Wolves to set up a third round tie against Gillgham next week.

Brown came off the bench to replace Lee Gregory after 69 minutes and turned this tie on it’s head 15 minutes later.

He burst through to accept a pass from former Wolves striker Steven Fletcher and kept his cool to rifle in a shot which John Ruddy got a glove to but couldn’t keep the ball out.

It crept agonisingly over the line, almost in slow motion, but it was enough to send the Potters into the next round at the end of a battling display.

Nuno Espirito Santo gave the Championship side due respect by fielding a powerful team which included England new boy Conor Coady at the heart of Wolves’ first-choice defence.

Ahead of the ever-present skipper was an impressive array of Premier League talent, including Ruben Neves, Adama Traore and Leo Dendoncker. 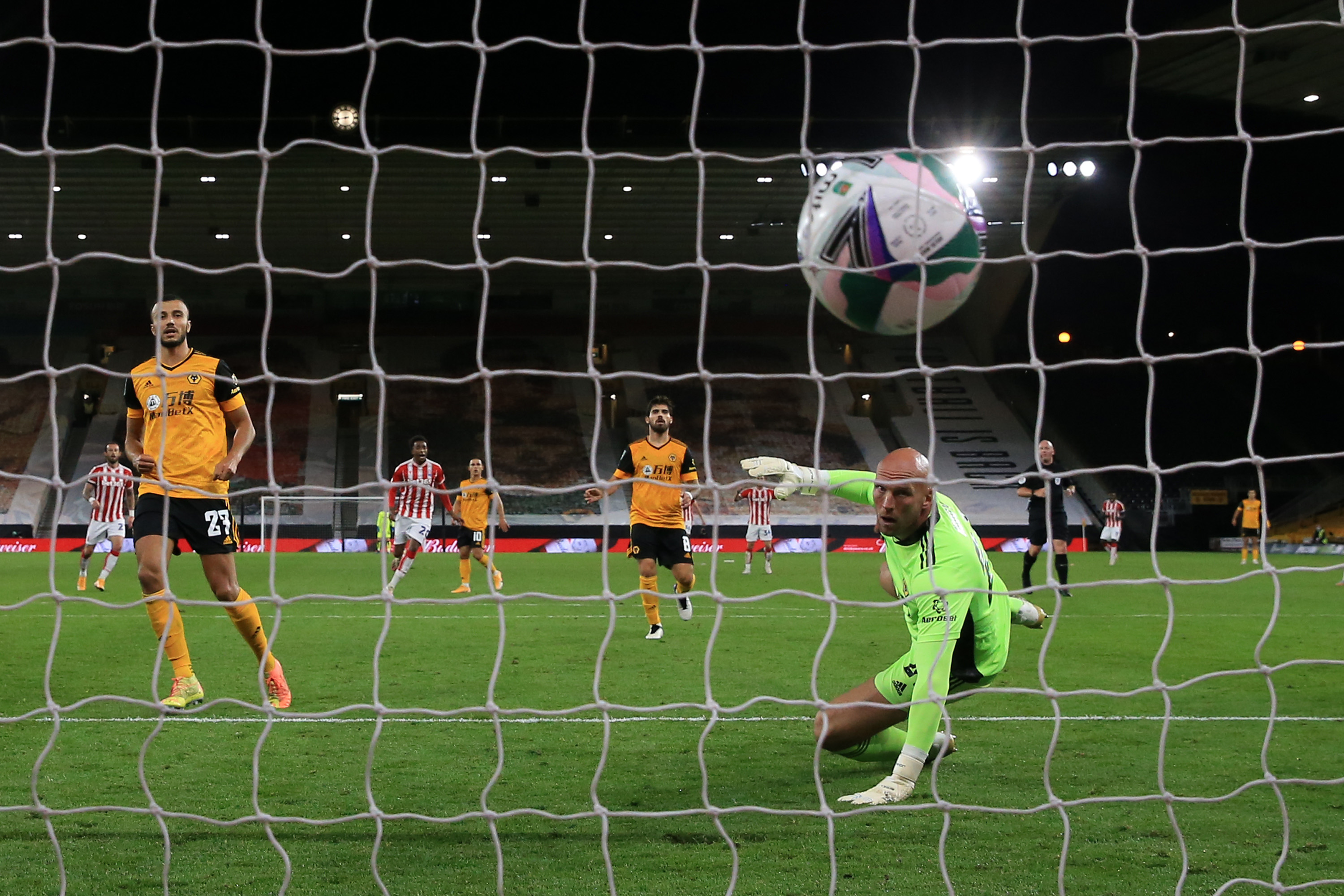 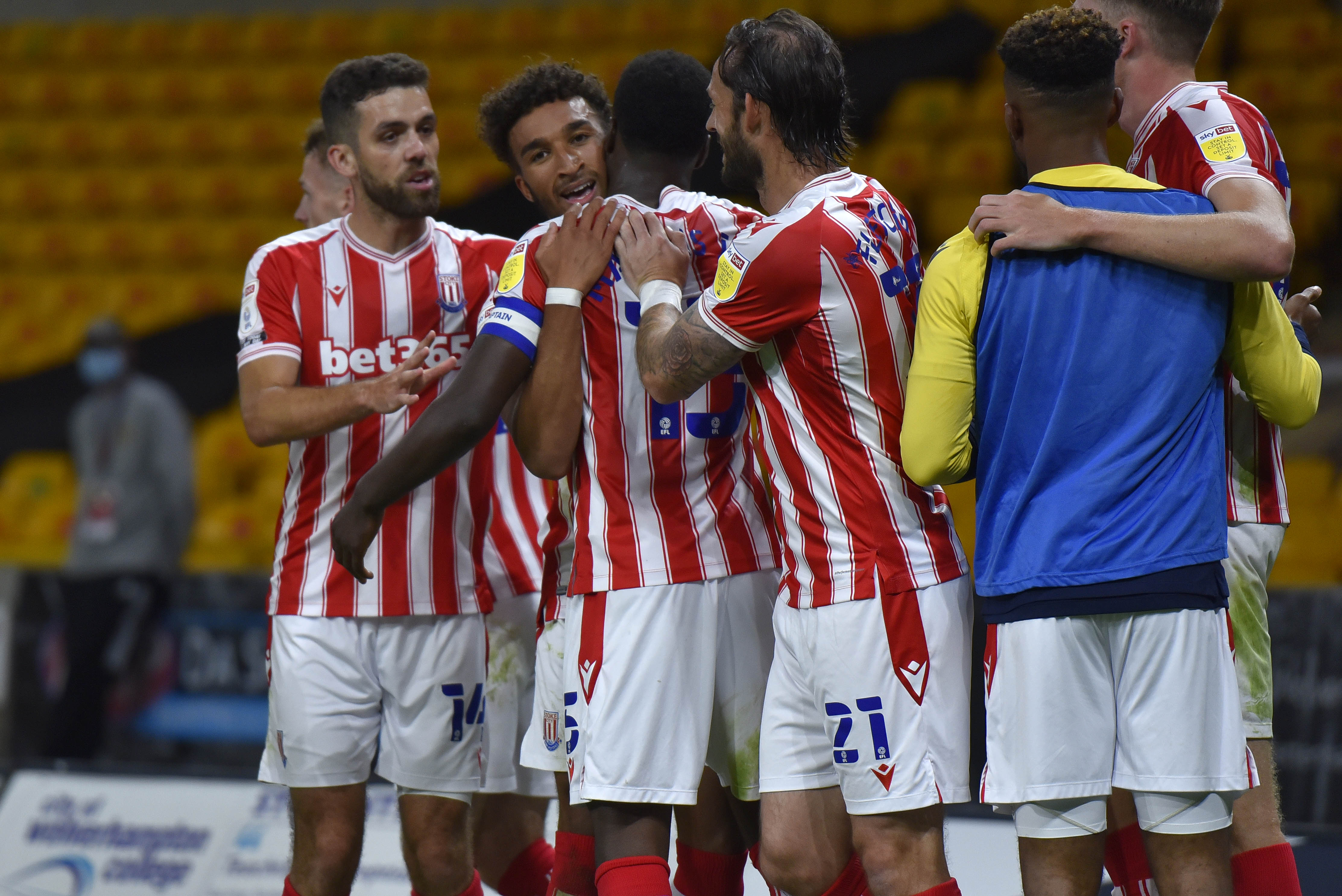 But the real focus of attention for Wolves fans was on Fabio Silva, the club’s new record £35million signing from Porto, who made his eagerly anticipated debut.

The 18-year-old Portuguese superkid partnered Traore up front and showed some nice touches but he will curse himself for passing up three decent chances.

His most glaring miss came 15 minutes from the end when he scuffed his shot wide from six yards with the goal at his mercy.

In truth the teenager couldn’t have been handed many harder debuts than a chilly Thursday night against Stoke!

Three times in a dour first half Wolves wonderboy had his legs bruised by another former Porto man, Dutch international defender Bruno Martins Indi, who took objection to his sprightly opponent.

Martins Indi was eventually booked deep into the second half for one foul too many on Silva.

But someone might need to have a word in the ear of the kid about his theatrics, as he did a fair imitation of Neymar – in that particular ‘skill-set!’ 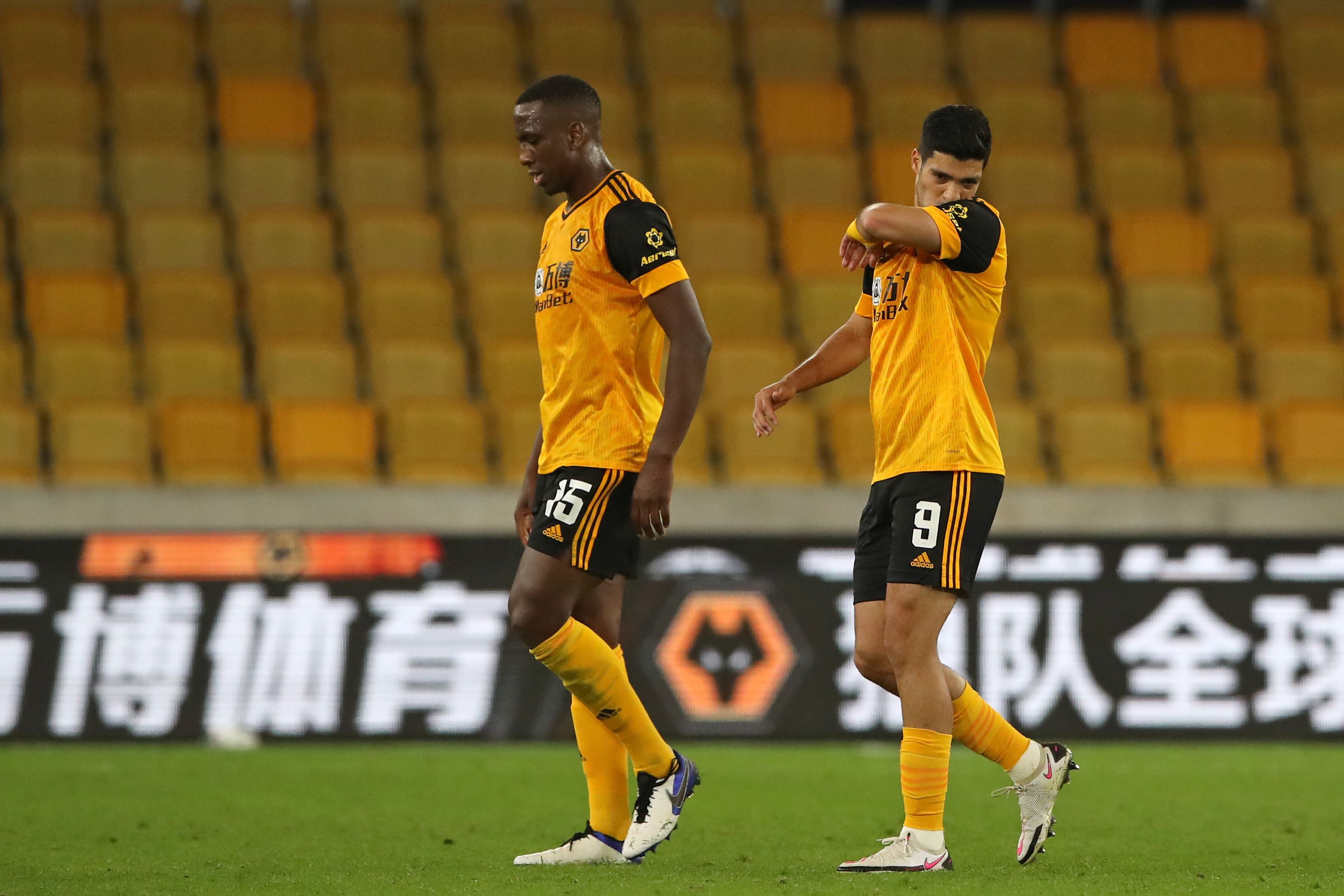