The European Cup holders rank above only Schalke of the remaining 16 teams in terms of loss percentage this season. 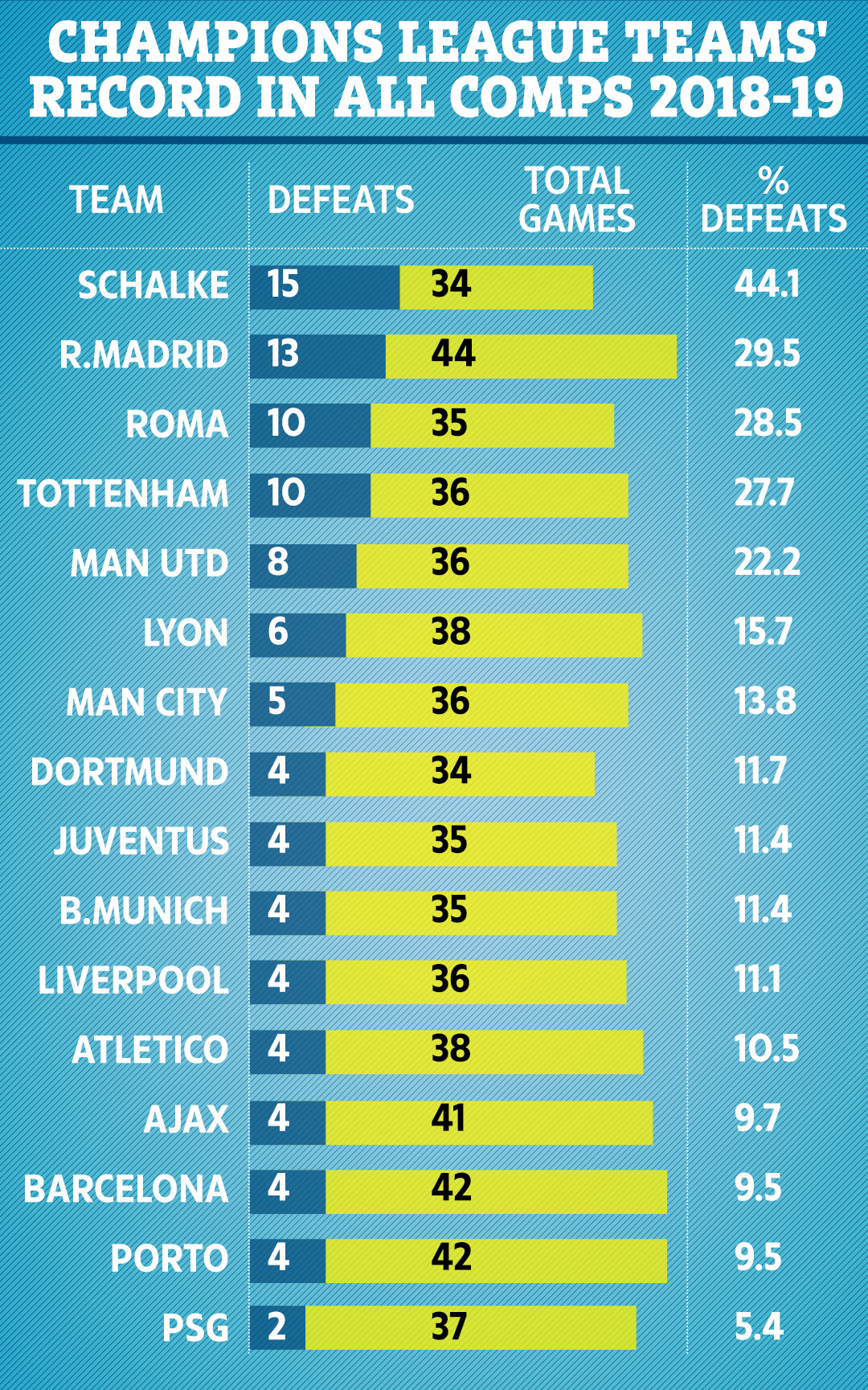 Los Blancos have incredibly lost nearly 30 per cent of their matches in all competitions this season, above only the German club (44.1 per cent).

Real's opponents in the last-16, Ajax, sit at the other end of the scale, with the fourth-best record – having lost just 9.7 per cent of all games.

However, the La Liga giants go into the second-leg of their last-16 tie with the Dutch side with a 2-1 advantage after victory in Amsterdam.

Manchester United look set for a torrid time in Paris, with PSG boasting the best record having lost just TWO matches all season (5.4 per cent). 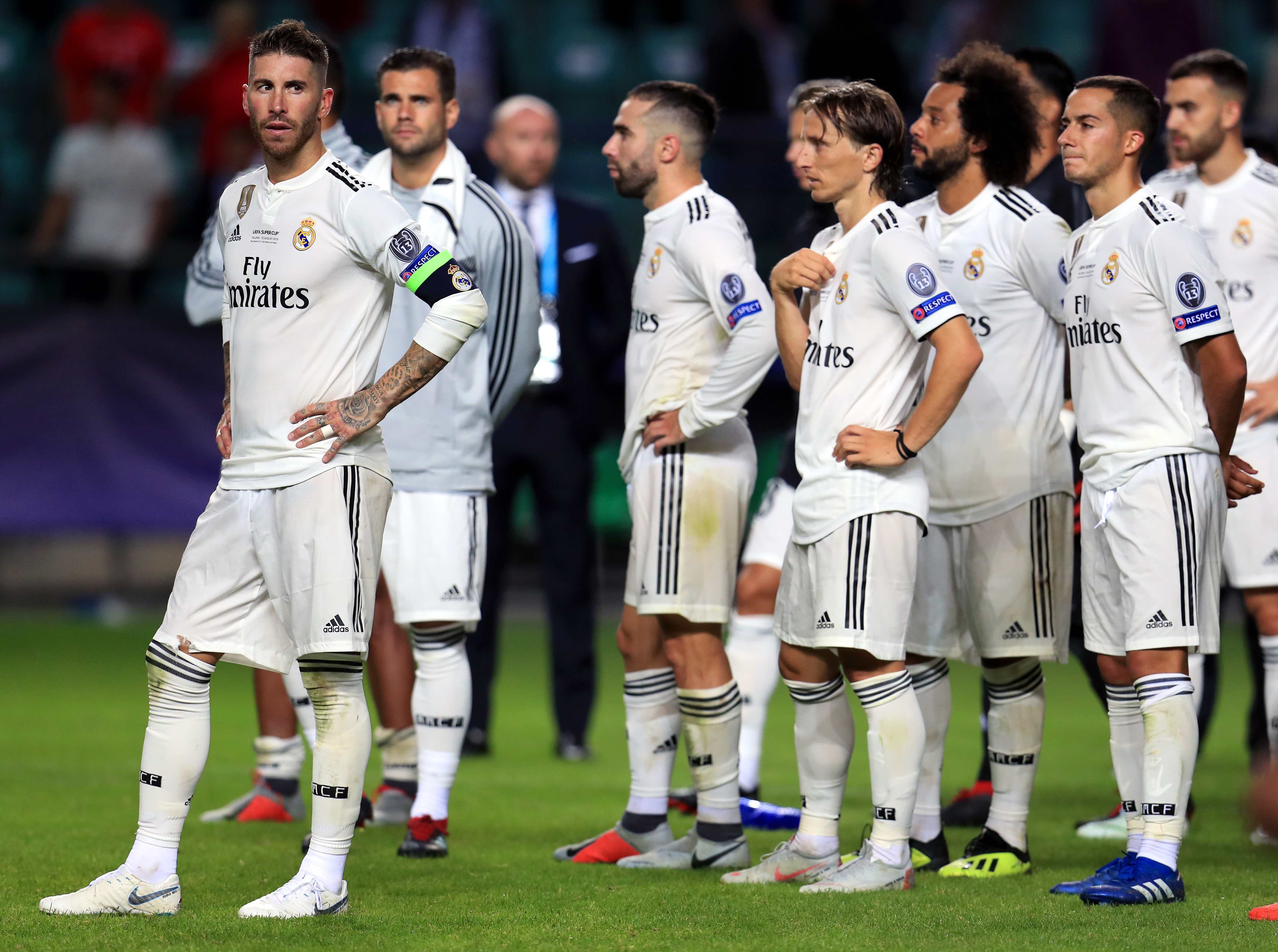 United go into tomorrow night's game trailing 2-0 after their Old Trafford slip-up – all the while battling TEN injuries in their squad.

Ole Gunnar Solskjaer's side have lost 22.2 per cent of all games this season – with most of those eight defeats coming under old boss Jose Mourinho.

Tottenham have the worst record of the four Premier League sides though – and fourth-worst in all of Europe – at 27.7 per cent.

Manchester City rank tenth of the 16 teams at 13.8 per cent, while Liverpool represent England's best hope at just 11.1 per cent (sixth-best).