The England skipper scored one goal and had a hand in two more as Spurs banished memories of Saturday’s 3-1 home defeat by Wolves. 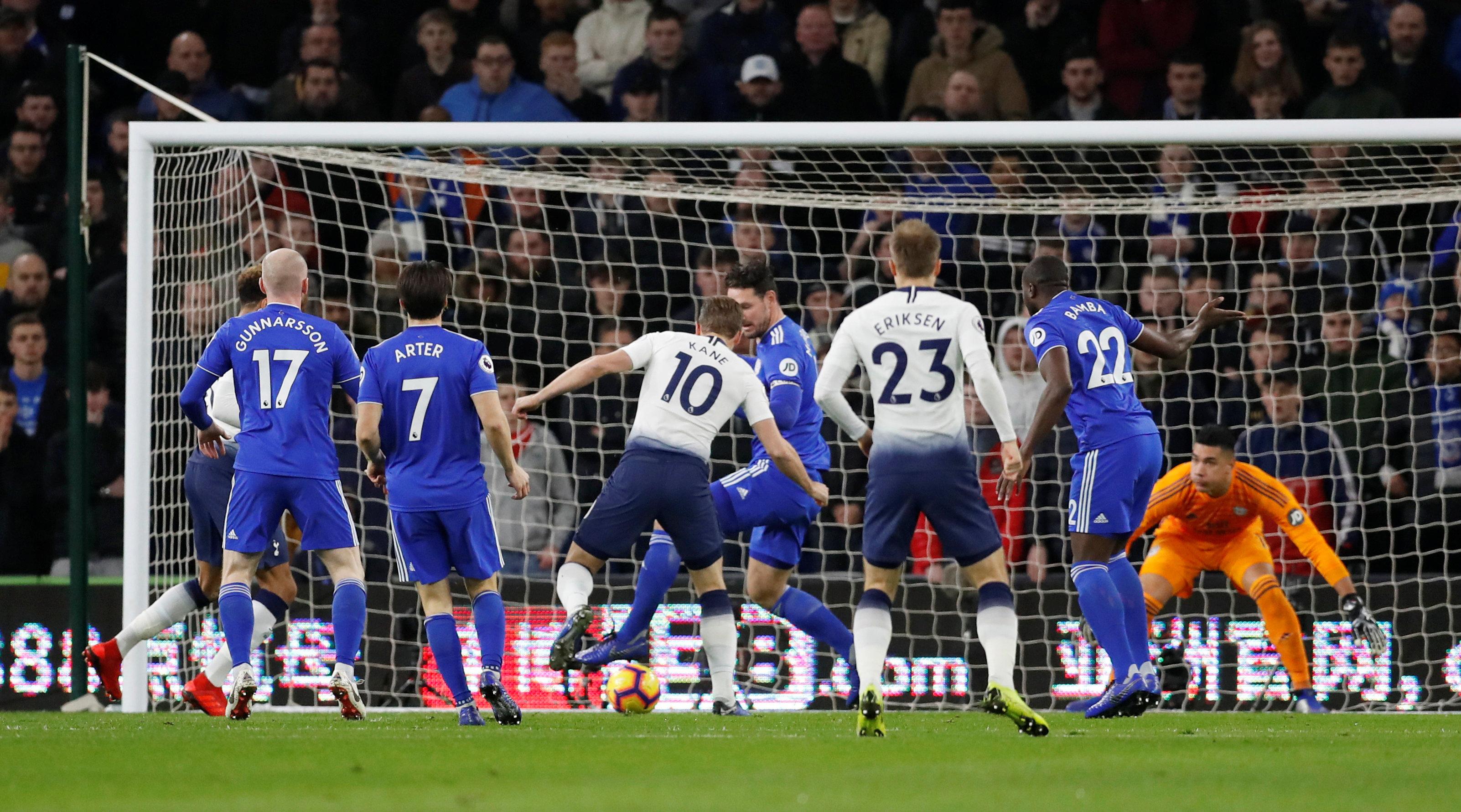 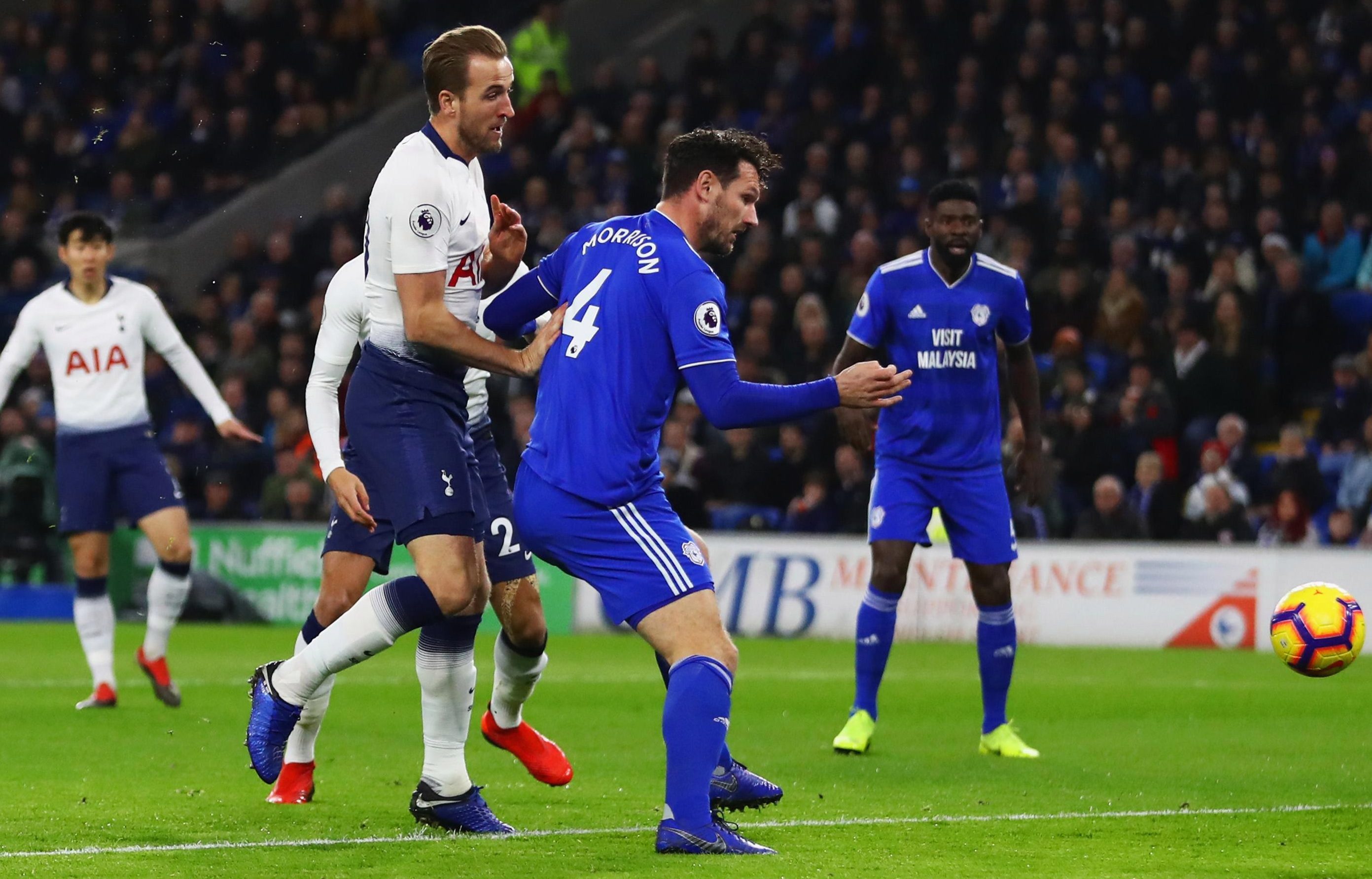 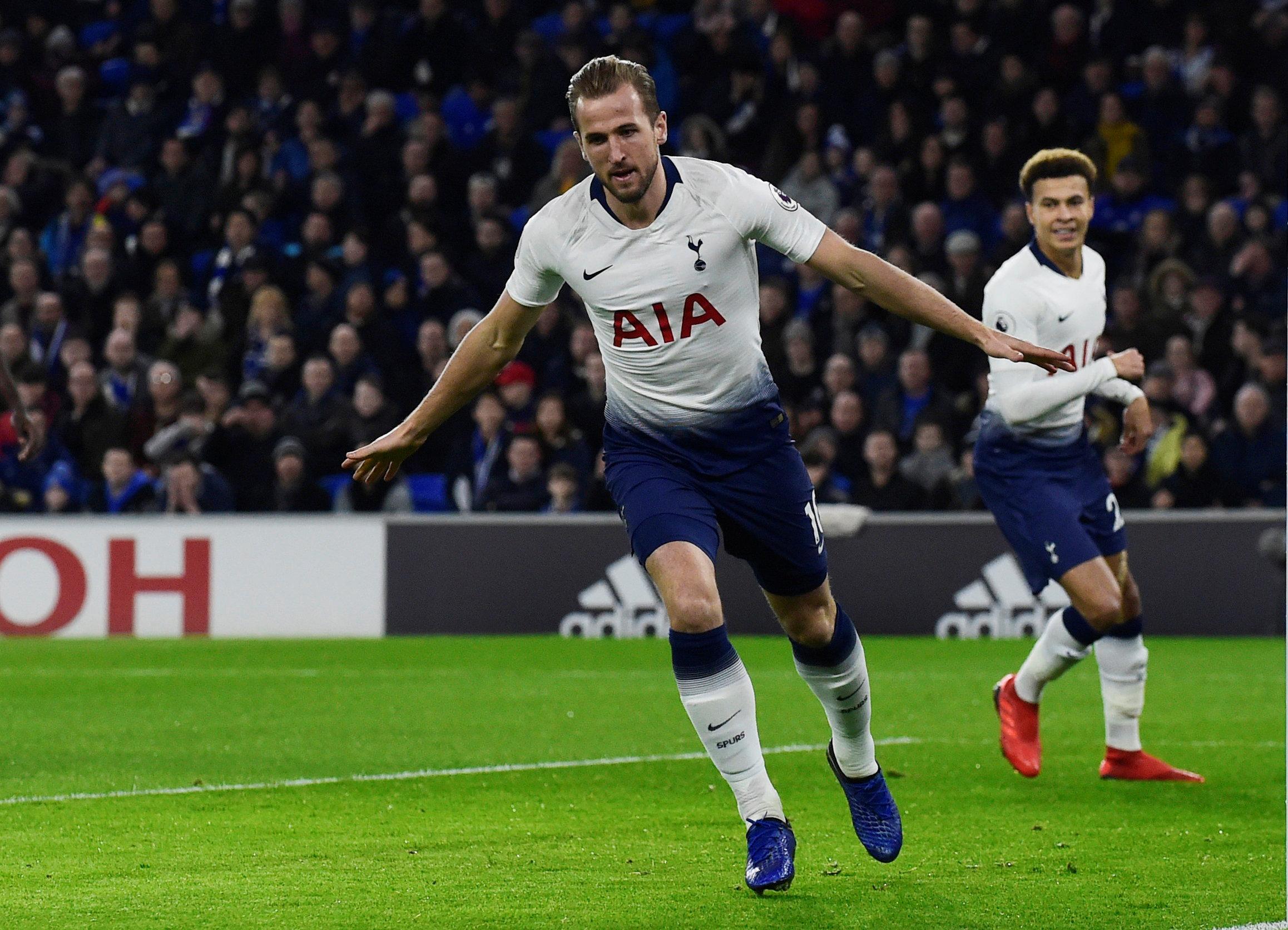 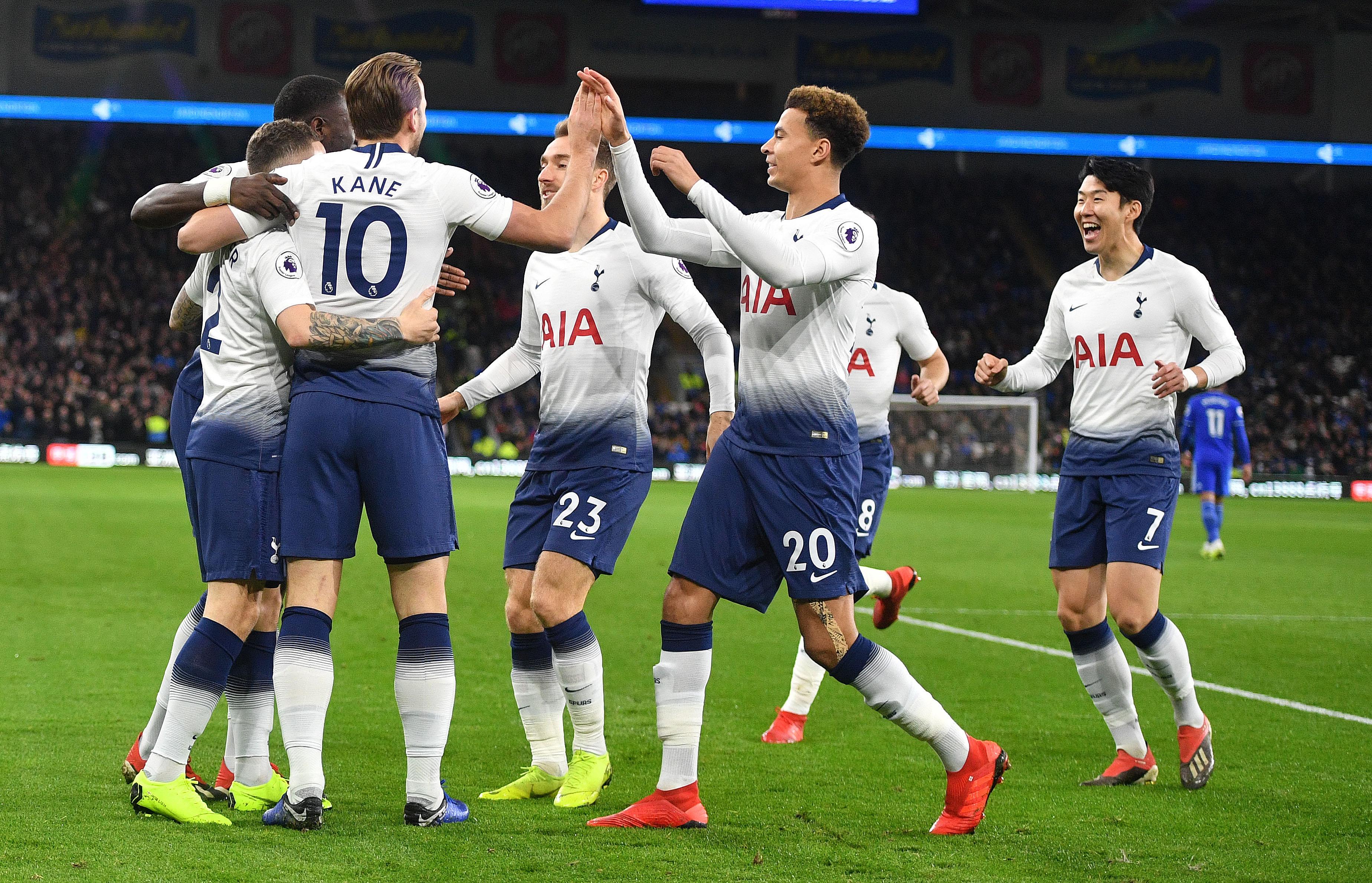 Kane, awarded the MBE earlier that day, has now netted against all the 28 Premier League teams he has faced.

And never one to suffer a festive hangover, he has now netted a total of five goals on January 1 – making him the Prem’s joint-record New Year’s Day marksman alongside Andy Cole and Steven Gerrard.

Kane started the rout as he put the visitors in front with their first attack after just 141 SECONDS.

Not that he knew much about it! 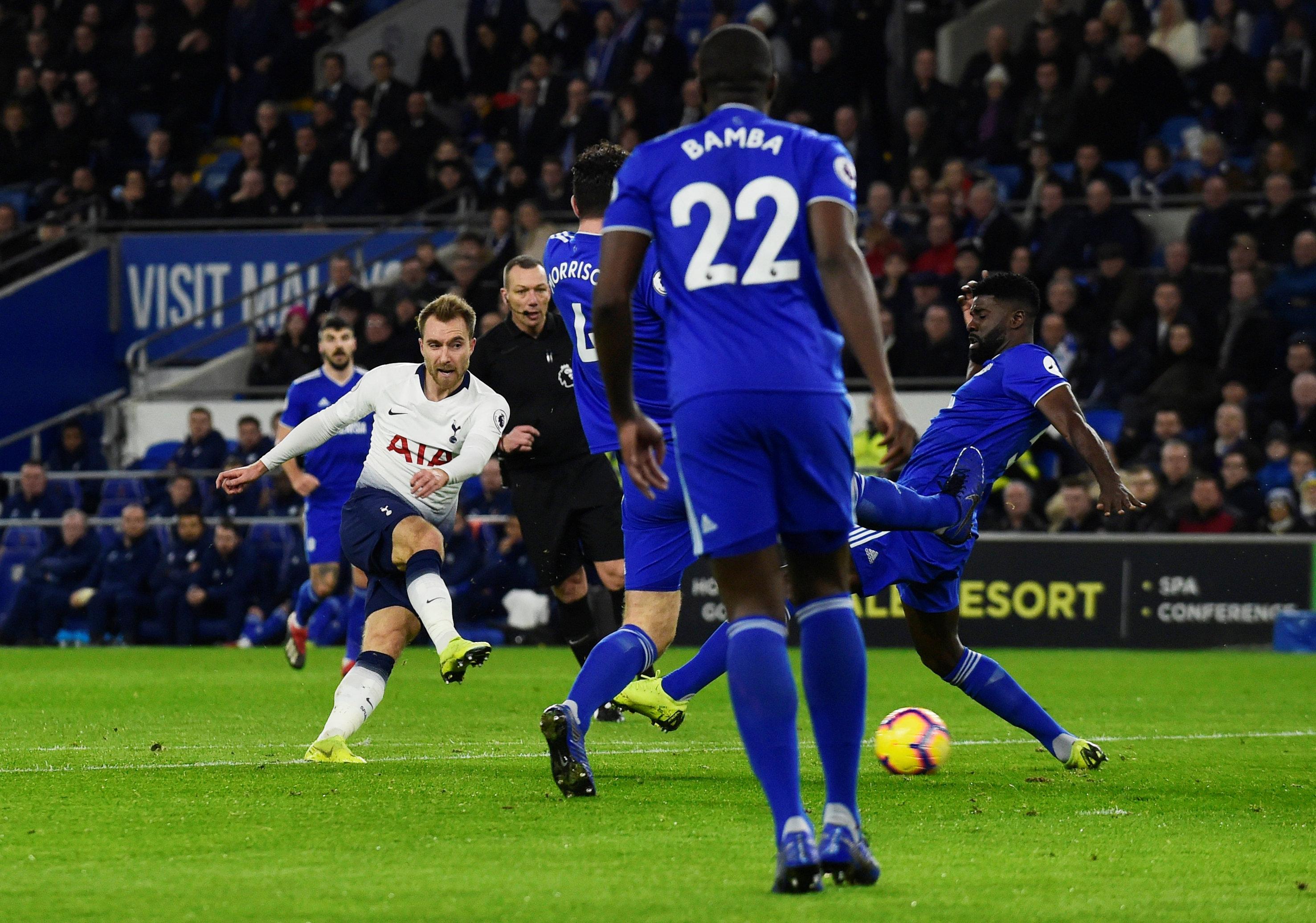 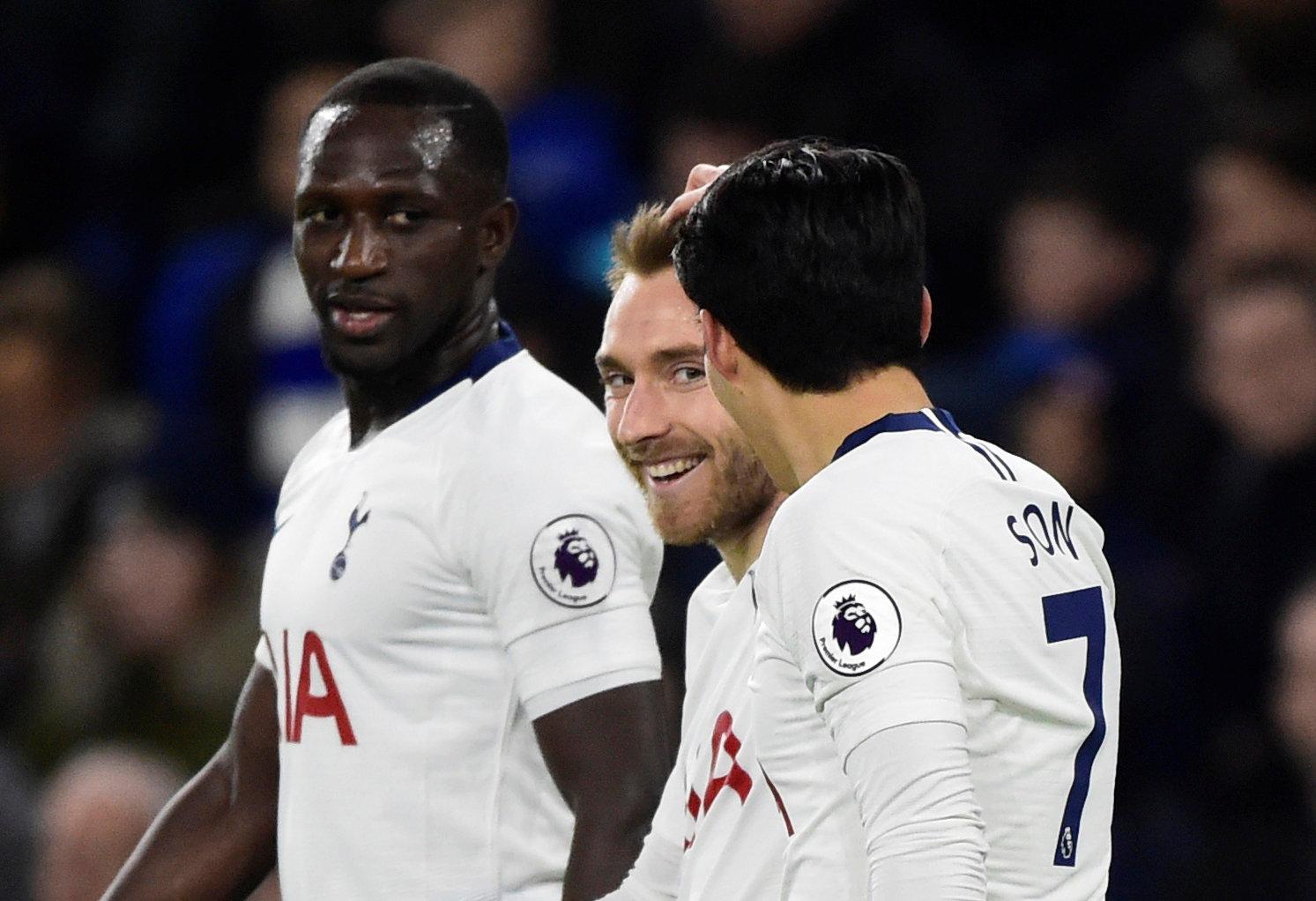 The England skipper engineered the opportunity as he collected Eriksen’s ball centrally and shrugged off a couple of Cardiff challenges before spraying a trademark ball out to the right where full-back Kieran Trippier was already charging upfield.

The defender’s cross into the box panicked Bluebirds skipper Sean Morrison, who under pressure from Dele Alli, tried to prod the ball clear from under his feet only to see it rebound off on the incoming Kane’s knee and trickle into the net.

Forget the MBE it is now Harry Kane M.B.Knee!

It may not have been the best goal the prolific marksman has ever scored but its importance to his club should not be underestimated.

After their late capitulation against Wolves some thought Tottenham might come a cropper again here.

After all when you are supposedly feeling a bit battle weary the last team you want to play your fifth  game in 13 days against is Cardiff.

The Bluebirds, like their manager Neil Warnock, are no soft touch and would have been looking to get stuck into their opponents.

But Kane’s lucky lightning-quick strike knocked the stuffing out of the hosts before the game had even really got going.

It paved the way for a comprehensive Tottenham victory in the Welsh capital – although they had to  thank Danny Rose for brilliantly heading Josh Murphy’s delicious cross out for a corner before Callum Paterson could pounce to level at the far post.

And seconds later Spurs were 2-0 ahead with another goal that owed everything to Kane’s vision and ability to spot an opening.

The striker started move with a brilliant ball round the corner to Moussa Sissoko motoring up the right.

The Frenchman passed inside to Son, who in turn moved it swiftly along to Eriksen just outside the area.

From then on it was down to the Dane’s magic as he feigned to curl a shot into the far corner before dragging ball back and netting with a low shot into the opposite side, leaving Cardiff keeper Neil Etheridge flat-footed. 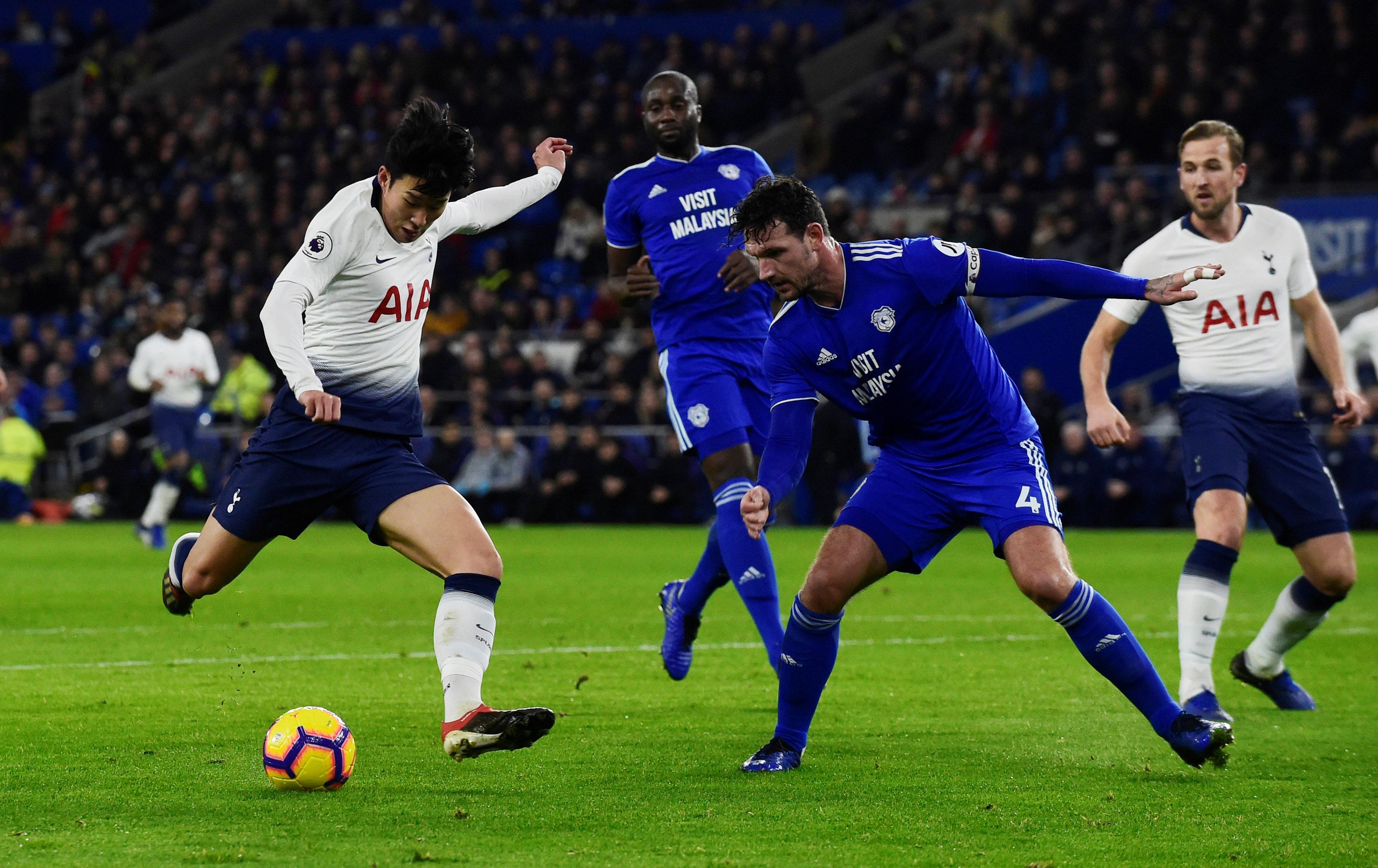 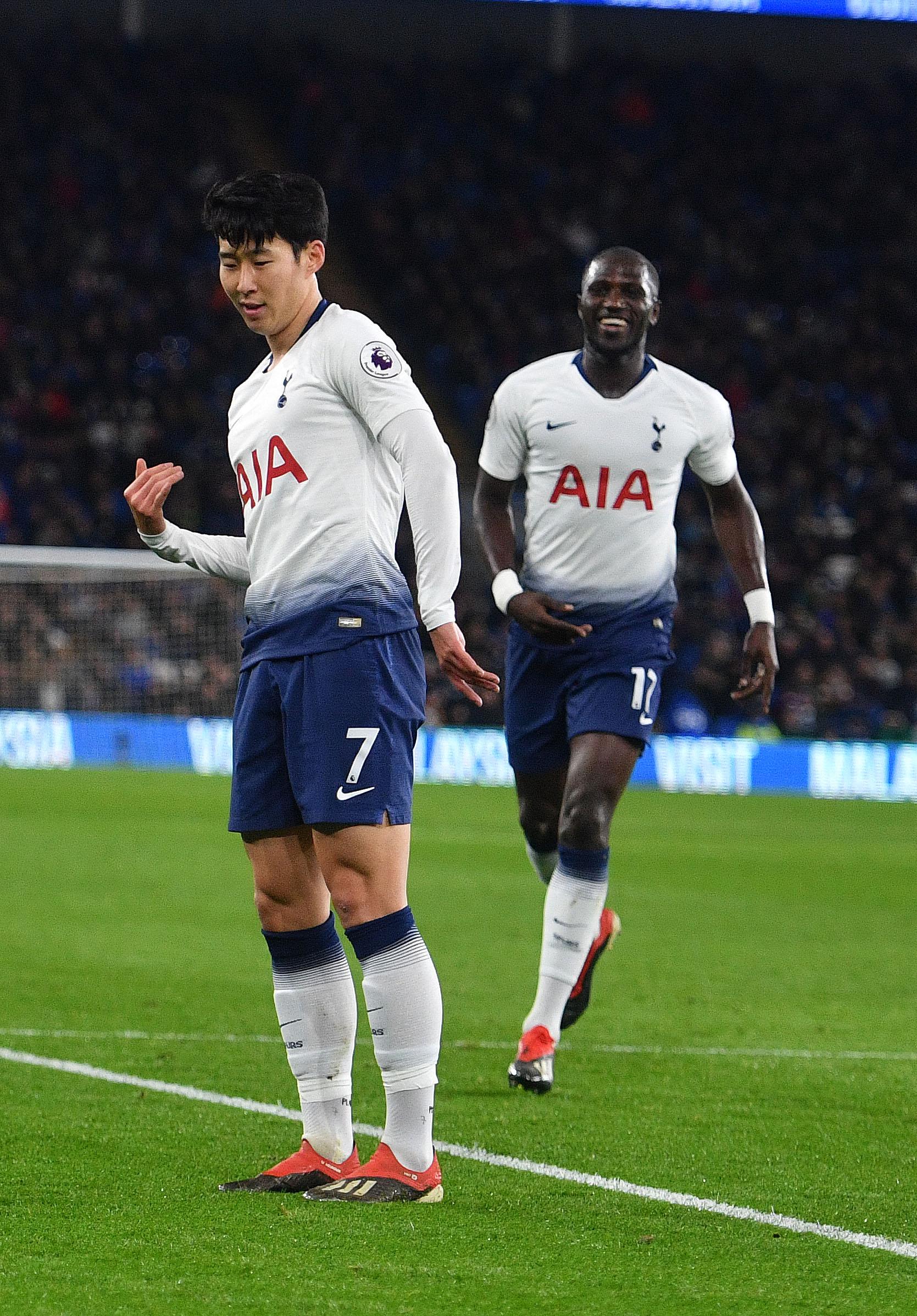 The class finish makes you wonder why Tottenham have still not sorted  Eriksen’s new contract as he enters the last 18 months of his current deal.

One thing is for certain, if he cannot agree an extension at Spurs he would have no problem finding a better deal elsewhere.

The game was as good as over before the half hour mark as Kane’s first-time pass enabled Son to make it 3-0 to the Londoners with a smart finish. 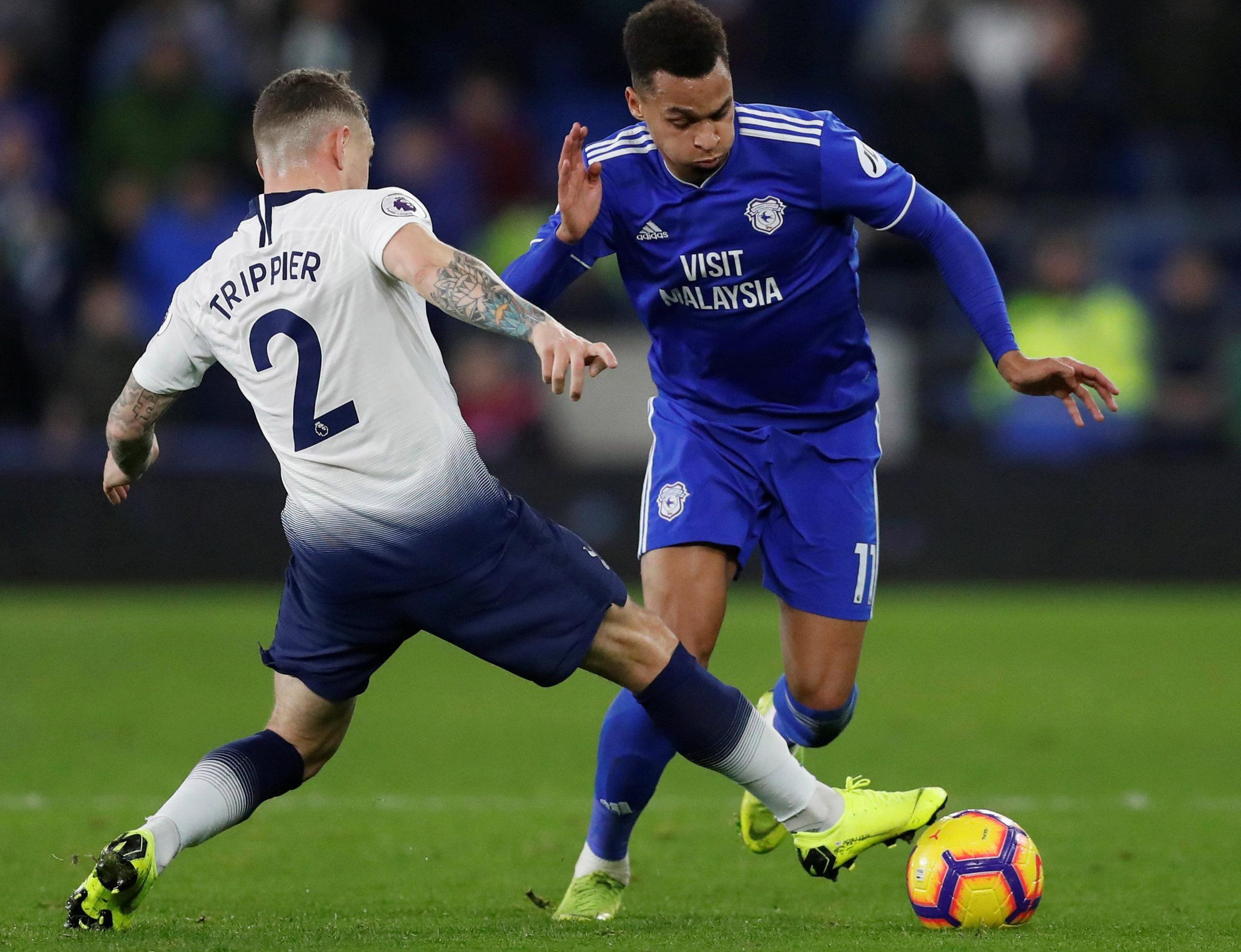 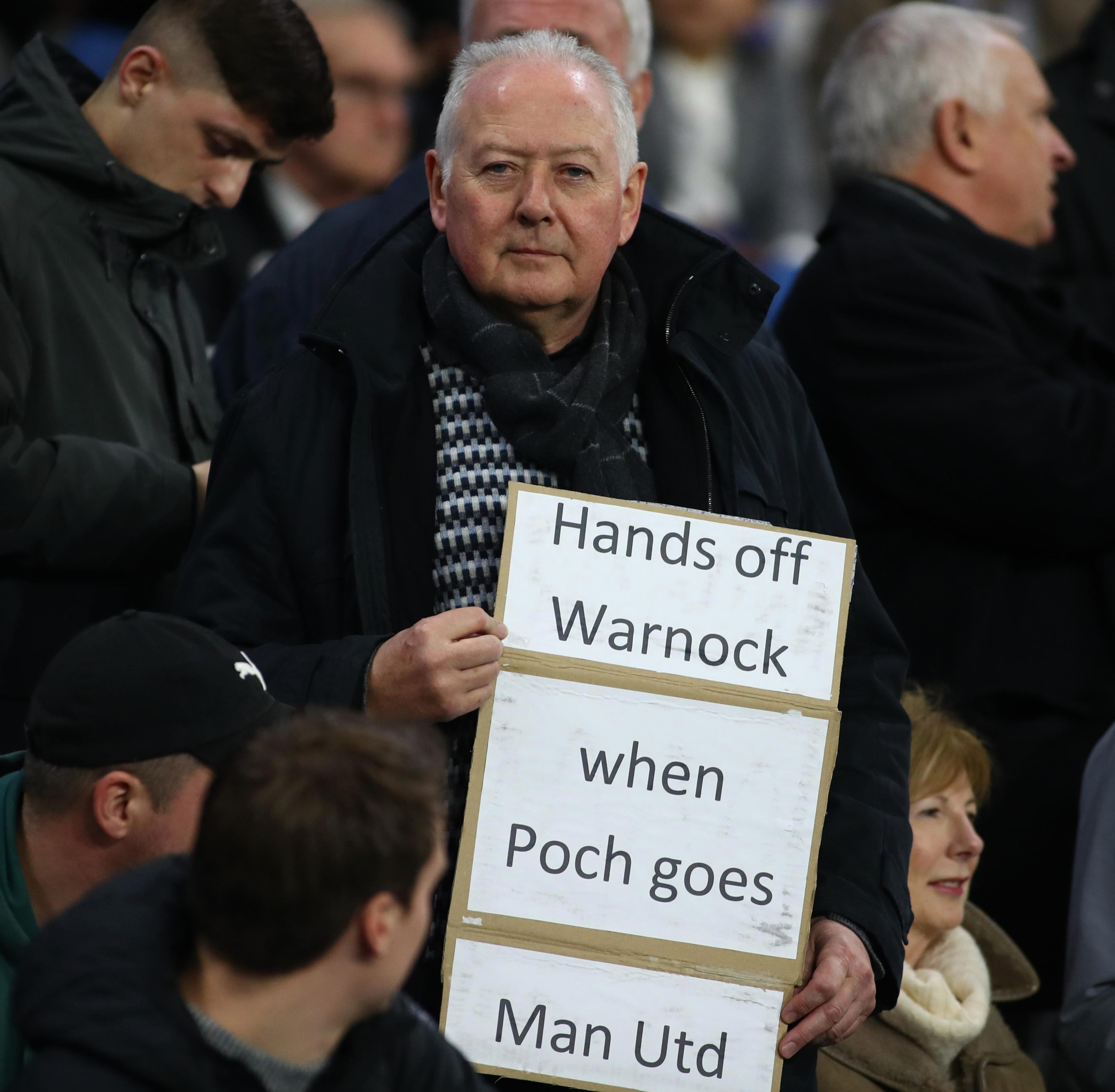 It was the South Korean’s sixth goal in his last five appearances and showed why Spurs will be sorry to  lose him when he joins up with his country at the Asian Cup in the United Arab Emirates later this month.

Wily Cardiff boss Warnock knows his side’s survival will not rest on games like this.

To their credit, the Bluebirds kept battling and trying to attack, and were almost rewarded when Junior Hoilett – on as a half-time sub for Murphy – saw his far-post header saved by Hugo Lloris.