Gemili joined the Blues aged seven, but was heartbroken after being released as a 15-year-old. 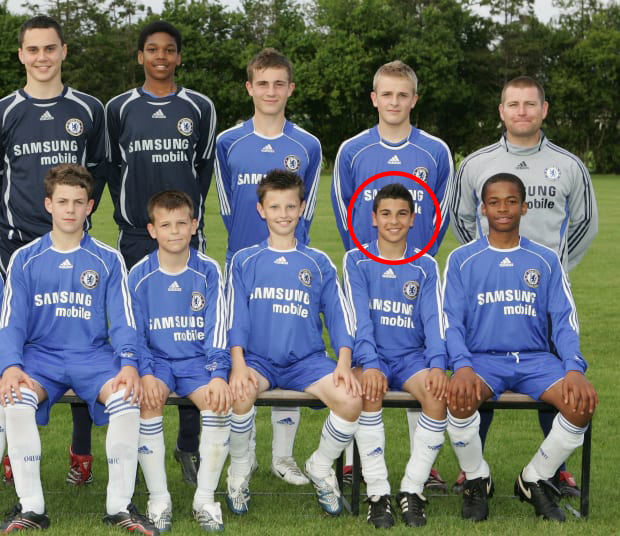 But only three years later, he competed at the London 2012 Olympic Games having transitioned into athletics.

Gemili told Chelsea’s club website how he traveled to training with pal Loftus-Cheek and played alongside Nathaniel Chalobah and Jamal Blackman.

He said: “Being around the best players and around that professional level from a young age was great for me.

“We trained at Cobham after Harlington and Battersea Park in the earlier days and I absolutely loved it.

“I still chat to Jamal and Ruben, who was a few years younger but from the same area as me.

“We used to travel in together on the same bus every week for years and it’s unbelievable to see how he’s pushed on.

“Josh McEachran was the year above and an unbelievable talent even at that young age, and Nathaniel Chalobah was the age group below but we all used to mix together in training.

“It was just a nice era to be around because everyone was humble and got on with each other.”

After being released by Chelsea Gemili continued to play football, signing a professional deal at Dagenham & Redbridge, but his only appearances in senior football came on loan at Thurrock.

The Londoner eventually turned all his attention to track and field, and has gone on to become a double European champion, winning the 200 metres and 4 x 100m relay as well as a gold medalist in the same relay at the 2017 World Athletics Championships.

Gemili now travels to Doha for the 2019 World Athletics Championships, competing in the 100m and 200m, as well as defending his 4 x 100m relay world title.

But the 25-year-old still credits the lessons learned as a Chelsea academy product to his success as a track and field star.

He added: “At Chelsea, they taught us about diet and nutrition, sleep, studying, working hard and just being a good person.

“That was the one thing that I always liked about being at Chelsea – even if you were the best player in the team, if you weren’t a good person off the pitch then they weren’t interested.

“I learned a lot about that, picking up good habits and being a role model, and it’s something I’ve taken into my track and field life.

“The little professional things you learn from such a young age become ingrained into your head and I don’t think I’d be the athlete I am today if I hadn’t gone through that system.”

January 26, 2020, Comments Off on NBA stars in tears on live TV after Kobe Bryant’s tragic death in helicopter crash as Rockets vs Nuggets goes ahead – The Sun

January 26, 2020, Comments Off on Love Island fans praise Rebecca for saving the show and bringing the drama with Siânnise row – The Sun
We and our partners use cookies on this site to improve our service, perform analytics, personalize advertising, measure advertising performance, and remember website preferences.Ok