Fernandes wore the armband again as Erik ten Hag once more left out Harry Maguire and kept faith with the side that had beaten Liverpool. 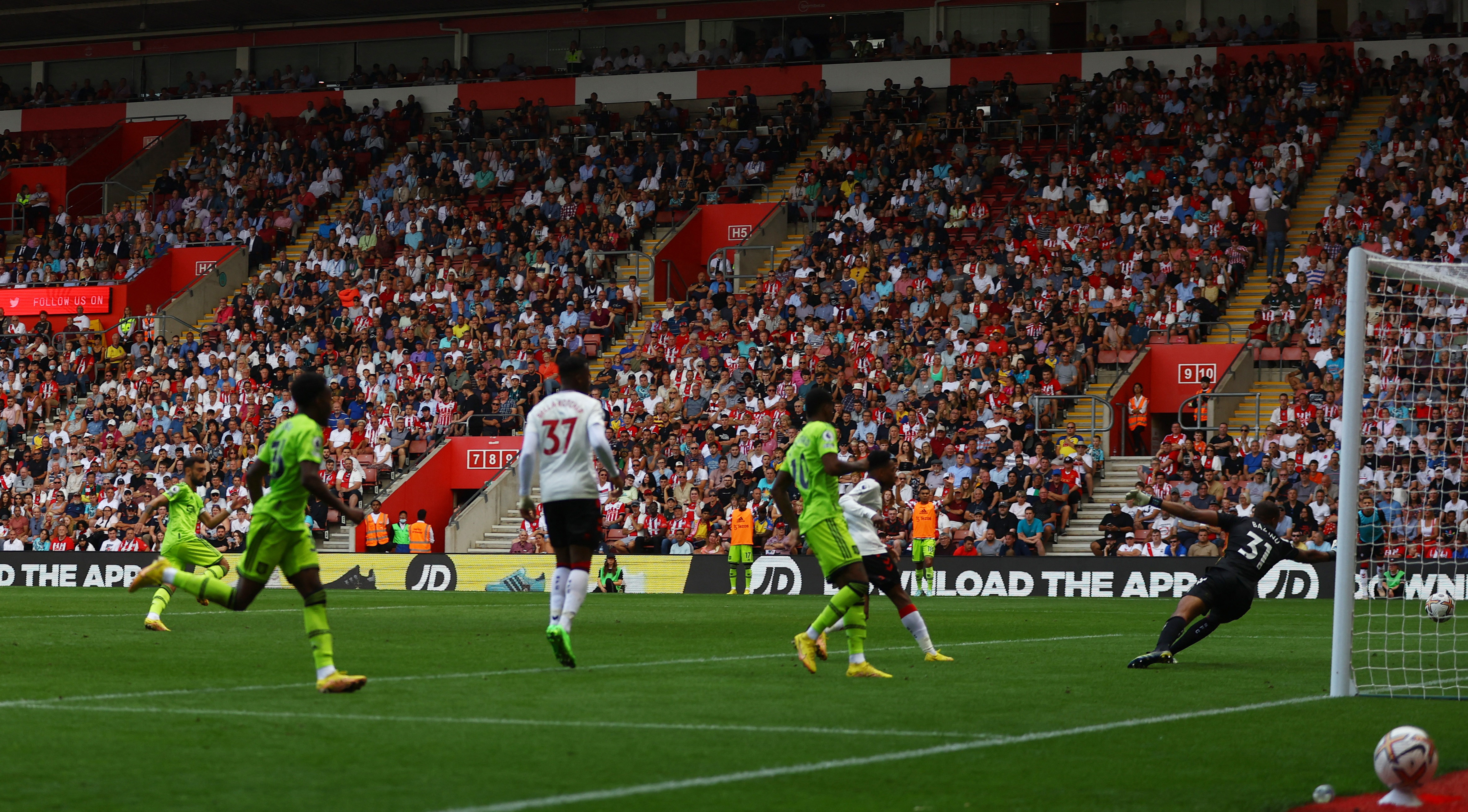 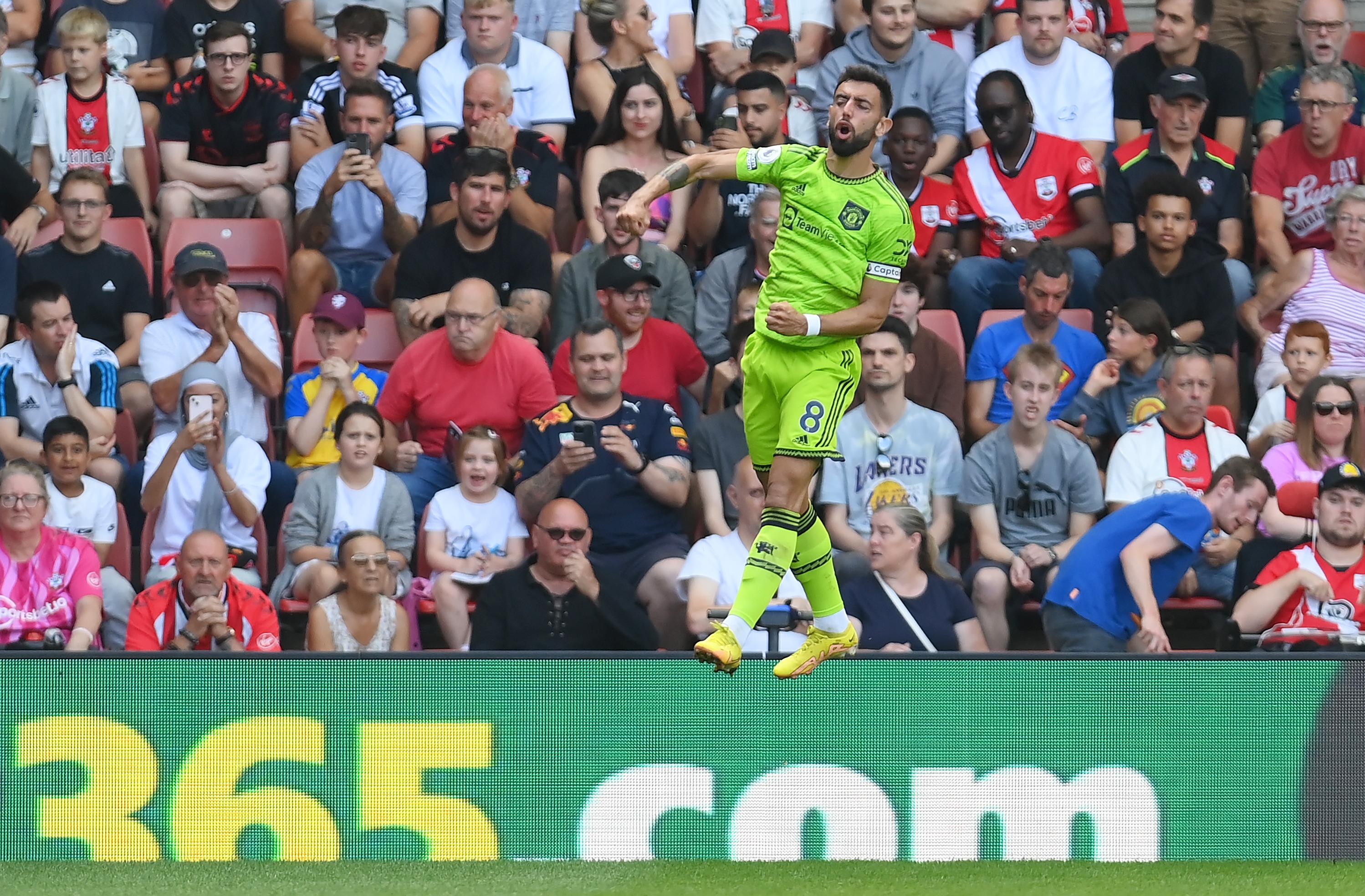 And with Cristiano Ronaldo also left on the bench, his fellow Portugal international delivered the goods as United continued their recovery from a disastrous start to the season.

After their dreadful showing at Brentford in their last away game, Ten Hag’s team were not as brilliant as they had been at Old Trafford but good enough to beat a spirited, but limited Southampton.

Armel Bella-Kotchap was among the home players who could feel unfortunate to lose the game.

But Ralph Hasenhuttl’s men lacked quality in the final third and failed to take the chances they did create. 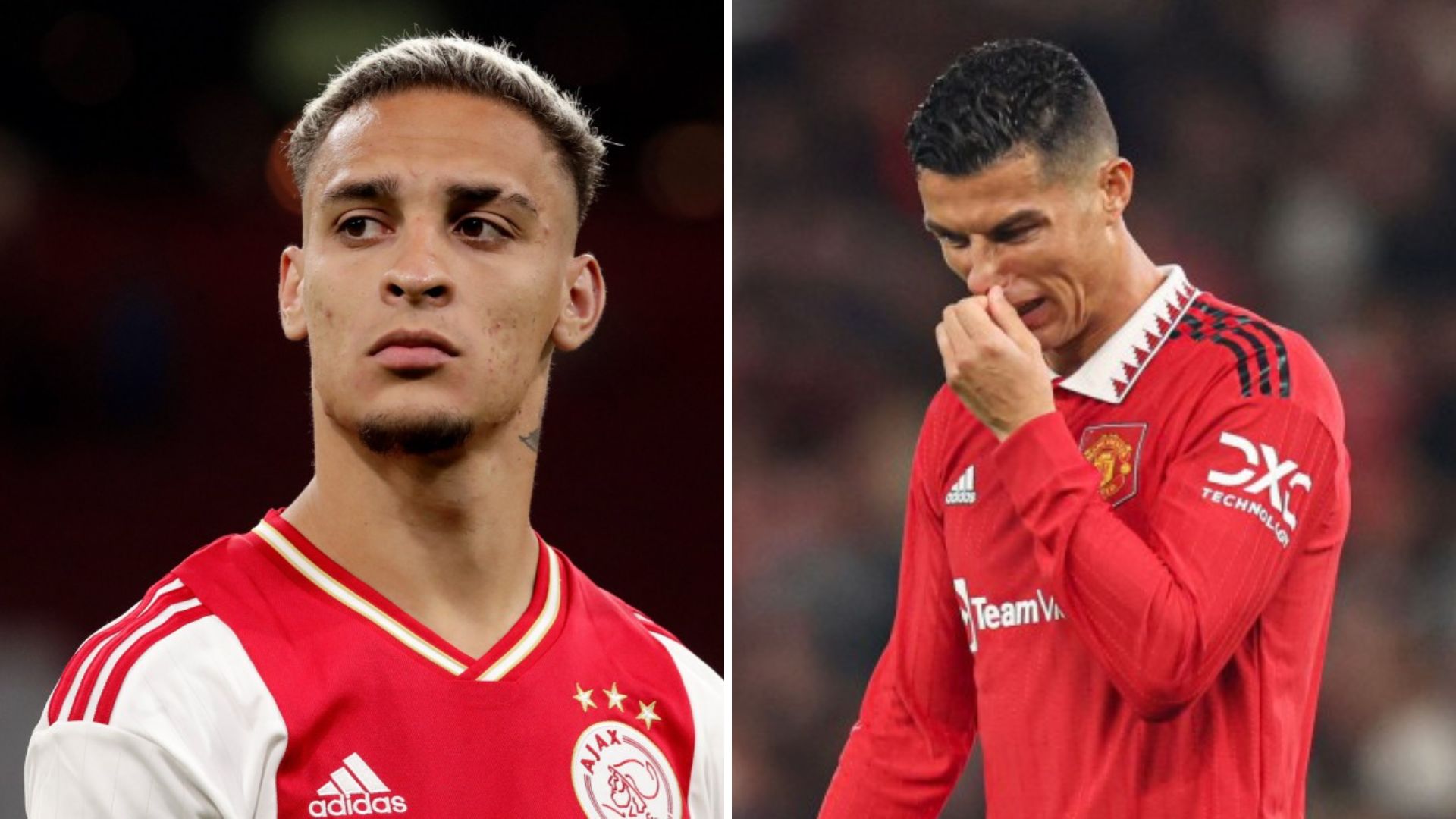 And United’s magnificent travelling support deserved to go home happy from their sunny day on the coast.

It was honours even at half time, which felt right despite both sides having great chances to score.

In an even game, openings were few and far between until United had five in a matter of seconds in the 19th minute.

Kyle Walker-Peters did enough to put Fernandes off an initial header. Then Gavin Bazunu saved twice from Anthony Elanga, the second stop with his leg sending the ball back to Fernandes. 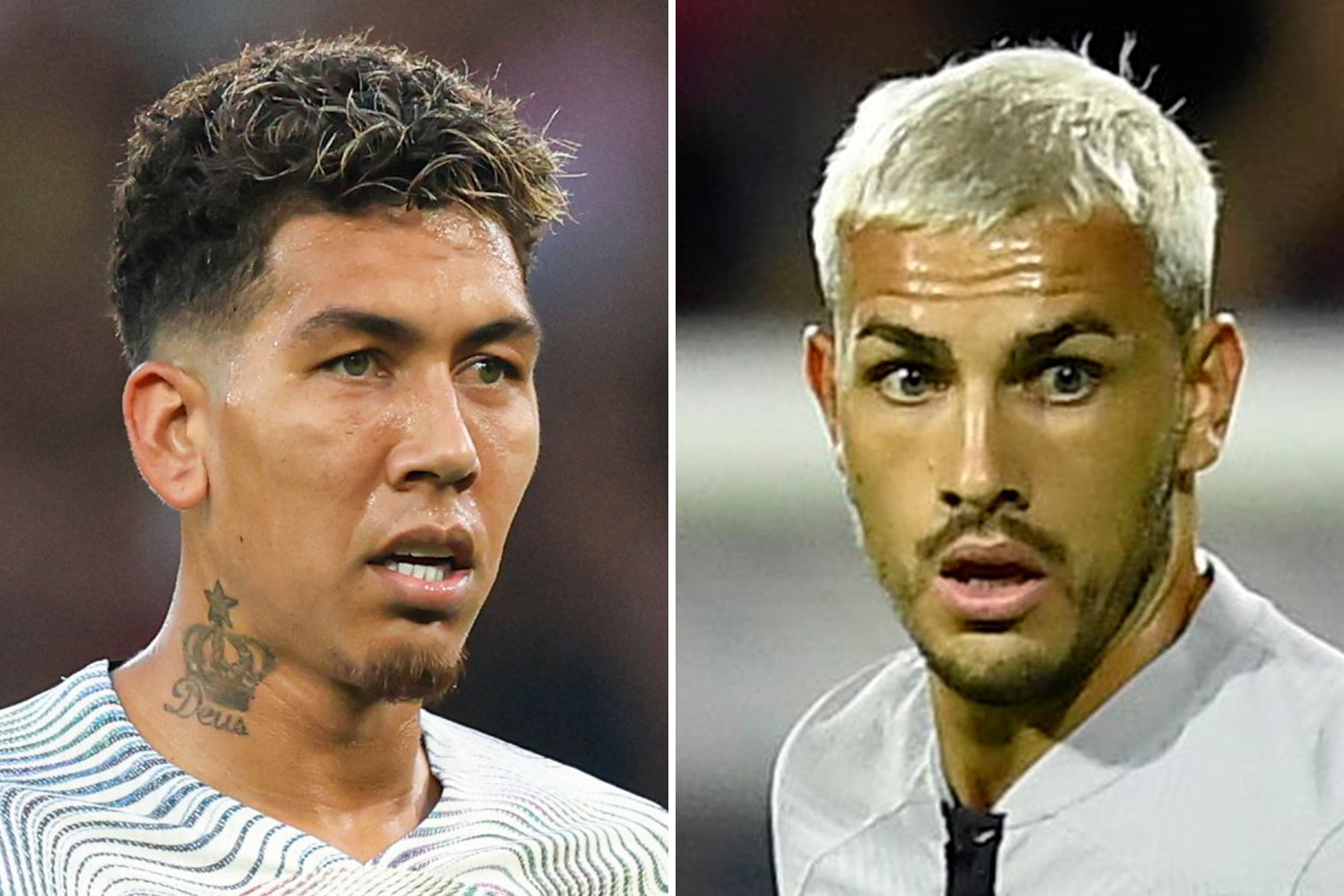 Liverpool 'to offer Firmino to PSGin desperate swap off for Paredes'

Again Walker-Peters did superbly to block the Portugal star’s acrobatic effort, but when the ball fell to Christian Eriksen, a goal seemed inevitable. Not so – Eriksen’s shot lacked a bit of conviction and Bella-Kotchap produced a wonderful block of his own.

If the young defender had shown the same composure at the other end, Saints would have taken the lead instead.

But after an Adams flick on from a James Ward-Prowse corner, Bella-Kotchap spooned the ball over the bar.

Either side of that, Adams headed over the bar and sent a shot straight at De Gea.

United started the second half on the front foot, with Scott McTominay forcing a routine save from Bazunu.

Fernandes played in Elanga with a wonderful pass, only for Bella-Kotchap to intervene with a superb, clean tackle.

And the pressure told at last when Dalot’s looping cross was met on the volley by Fernandes. It was not a clean contact, but was well-directed enough to beat the scrambling Bazunu.

Southampton responded well and had a short spell of pressure. Referee Andy Madley ignored shouts for handball against McTominay and VAR Peter Bankes saw nothing amiss.

Adam Armstrong’s lovely cross deserved a goal, but Aribo’s header was saved by David de Gea and Walker-Peters was off target with his follow-up.

Ronaldo replaced Sancho as United tried to see the game out, and Ten Hag had the luxury of sending on Casemiro for a debut 10-minute run out.

Bella-Kotchap slalomed through the visitors’ defence only to send his shot well over the bar. Substitute Sekou Mara had two late efforts.

But Fernandes’ moment of composure and quality proved decisive. 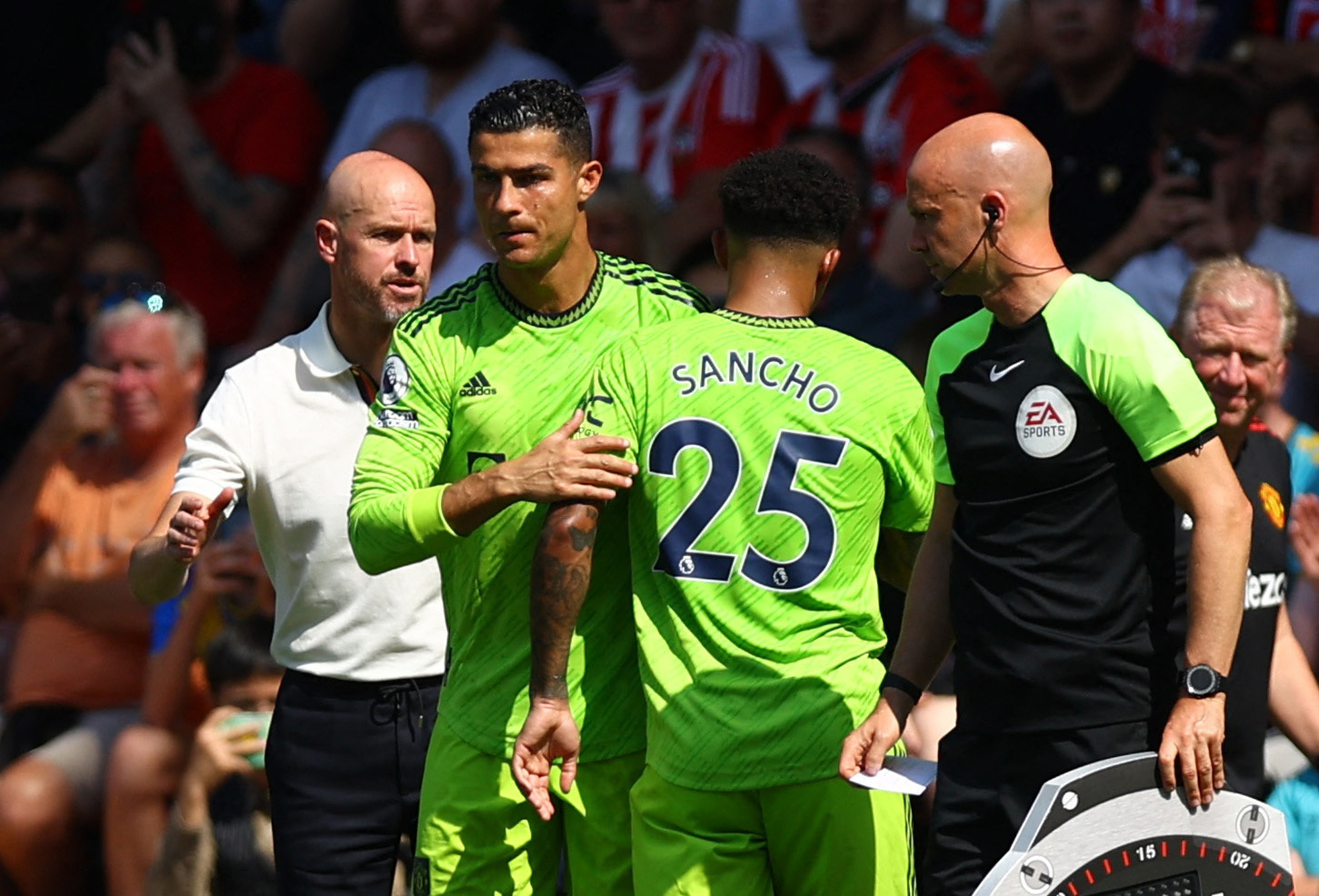 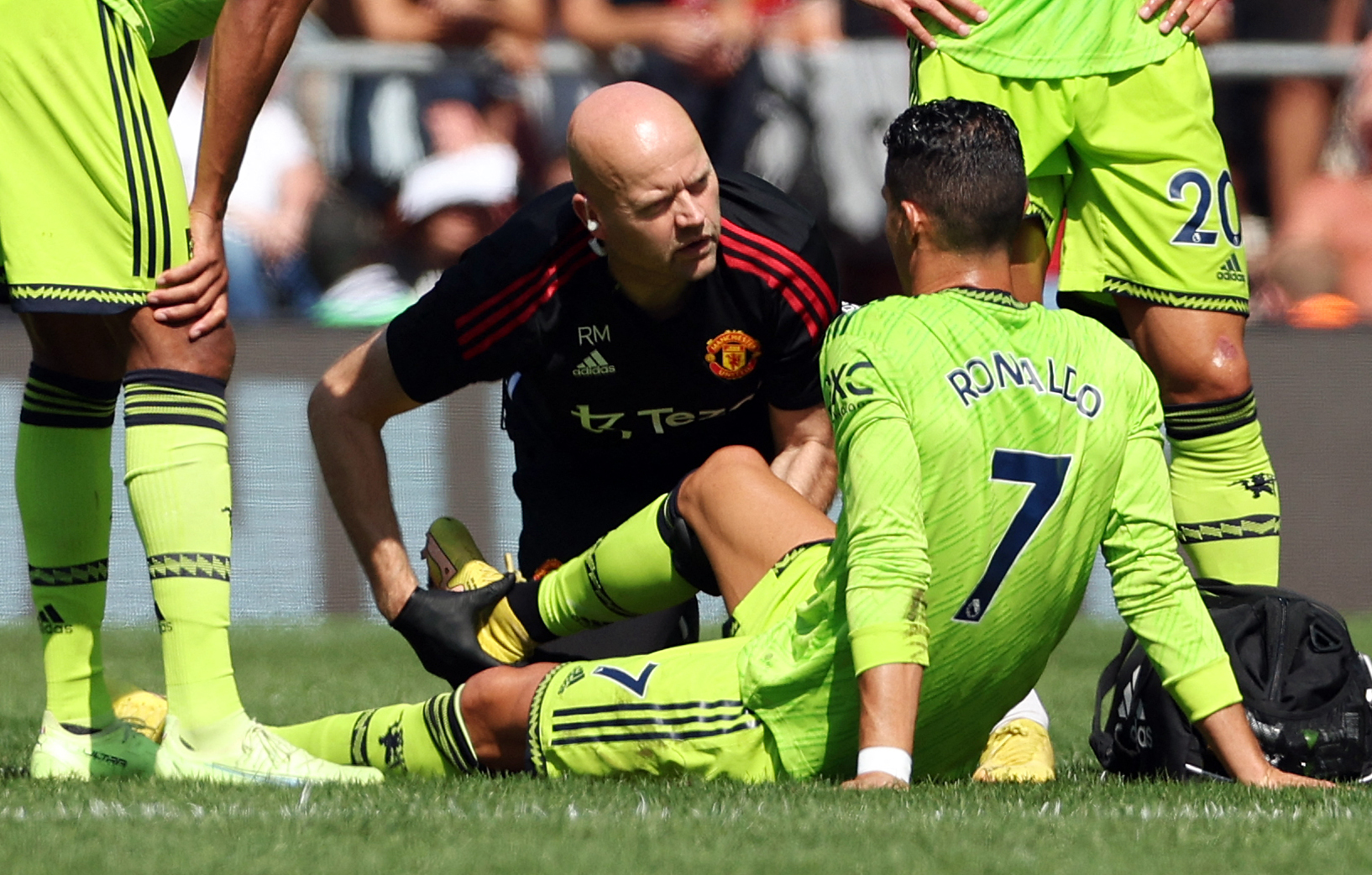