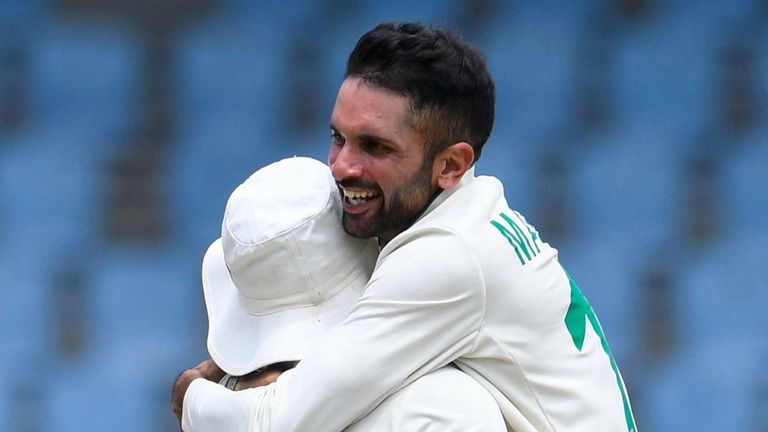 Keshav Maharaj became the first South African in 61 years to claim a Test hat-trick as his side closed in on a 2-0 series victory against West Indies in St Lucia.

Maharaj’s feat made him only the second South African player to record a hat-trick in Test cricket after seamer Geoff Griffin – who captured three England wickets with three balls at Lord’s in June 1960.

Resuming on 15 without loss on the fourth day at the Daren Sammy Cricket Ground, West Indies’ task was made harder when Kagiso Rabada dismissed captain Kraigg Brathwaite (6) and Shai Hope inside his first three overs of the morning. 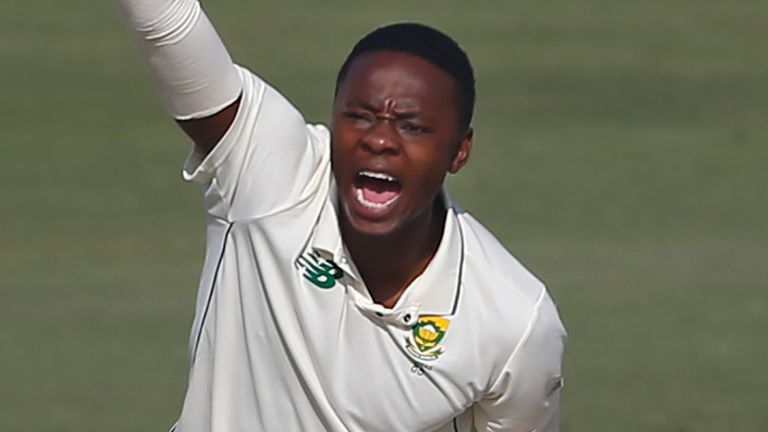 Powell (51) and Kyle Mayers (34) steadied the innings with a third-wicket partnership of 64, but Rabada struck again by having Mayers caught by Dean Elgar, running back from second slip, before Maharaj took centre stage.

Powell, who had just completed his half-century, swept the spinner into the hands of deep midwicket before Holder was caught next ball off an inside edge and Wiaan Mulder’s diving, one-handed catch at leg slip accounted for Da Silva.

West Indies had reached 109-6 at lunch, although it is doubtful whether Roston Chase will bat after he picked up a leg injury while fielding.