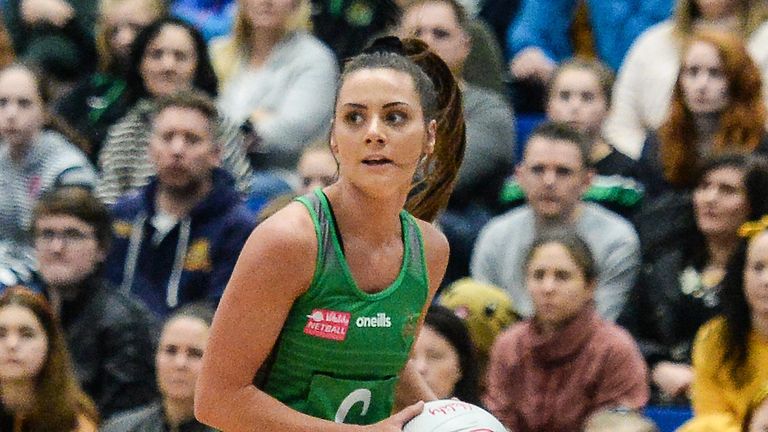 Sophie Morgan has returned to Vitality Netball Superleague franchise Celtic Dragons, and will lead them again as captain, while Laura Rudland joins from Team Bath Netball in the 2021 season.

The 28-year-old Morgan joined the Welsh franchise last season after spells with Surrey Storm and Manchester Thunder. She quickly impressed and led the team for the three matches they played ahead of the global pandemic.

“It was a no brainer for me to sign for Dragons for the coming season,” Morgan said.

“As much as the 2020 season was a short and sweet one, I was extremely excited about our squad and what we could do going forward.

“Overall, we had a very young team, but from the three games we were lucky enough to play, I think we showed character and spells of exciting netball that teams struggled to stop.

“Over time, as we develop some further consistency, I think we can really challenge teams within the league.”

As a group, we have a winning mentality and we have the players to get the job done. It’s all about us bringing the best out of each others style of play and working to one another’s strengths

Tania Hoffman, Celtic Dragons’ director of netball, is confident that all of her players, including Morgan, are fit and ready to attack their pre-season campaign.

The 2021 Vitality Netball Superleague season is scheduled to start in February next year and Hoffman also believes the squad will be good in hands under Morgan’s leadership.

“Sophie will lead our squad as captain once again. Not only because she has bags of experience in elite netball, but also because her professionalism and support of her team-mates makes her a natural leader within our group,” Hoffman said.

“We are ecstatic to have been able to retain Sophie for 2021. After the disappointment of the cancelled season last year, I felt that it was vital to have continuity and consistency within our set-up, and Sophie brings this.”

So excited to have signed with Dragons for this season! Time to see what Netball on the other side of the bridge has to offer! 💚🐉 https://t.co/VfUbihn5Lr

Rudland has impressed in the Superleague in recent seasons. The wing-attack/goal-attack has spent three of the past four years in the blue and gold of Team Bath, with one year spent at Severn Stars in 2018.

The University of Bath graduate works as a netball performance coach at Millfield School and is currently studying for a postgraduate certificate in digital marketing.

“I am so excited to join Celtic Dragons for the 2021 season,” she said.

“Dragons have always been a cohesive team who support and work for each other, and I am really looking forward to being a part of that culture. I think that the squad is really exciting.”

The franchise will be continuing to reveal further signings and re-signings during the month of October as they continue towards the 2021 Vitality Netball Superleague season.

Live netball returns to Sky Sports with the Vitality Roses taking on the Silver Ferns in a three-Test series at the end of October. Join us for the first Test on October 28.