The club legend has won four games from four since taking over from Jose Mourinho a month ago. 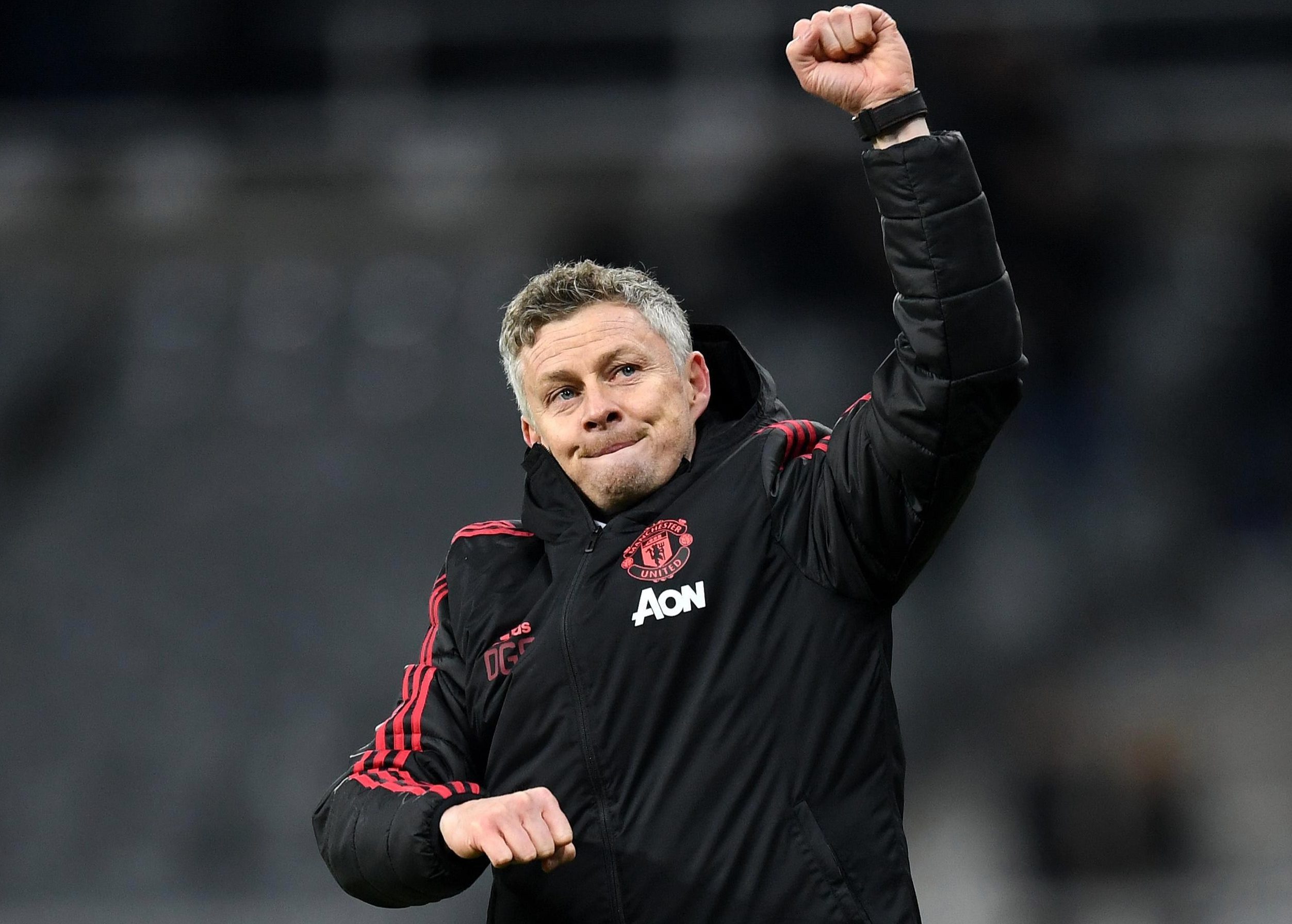 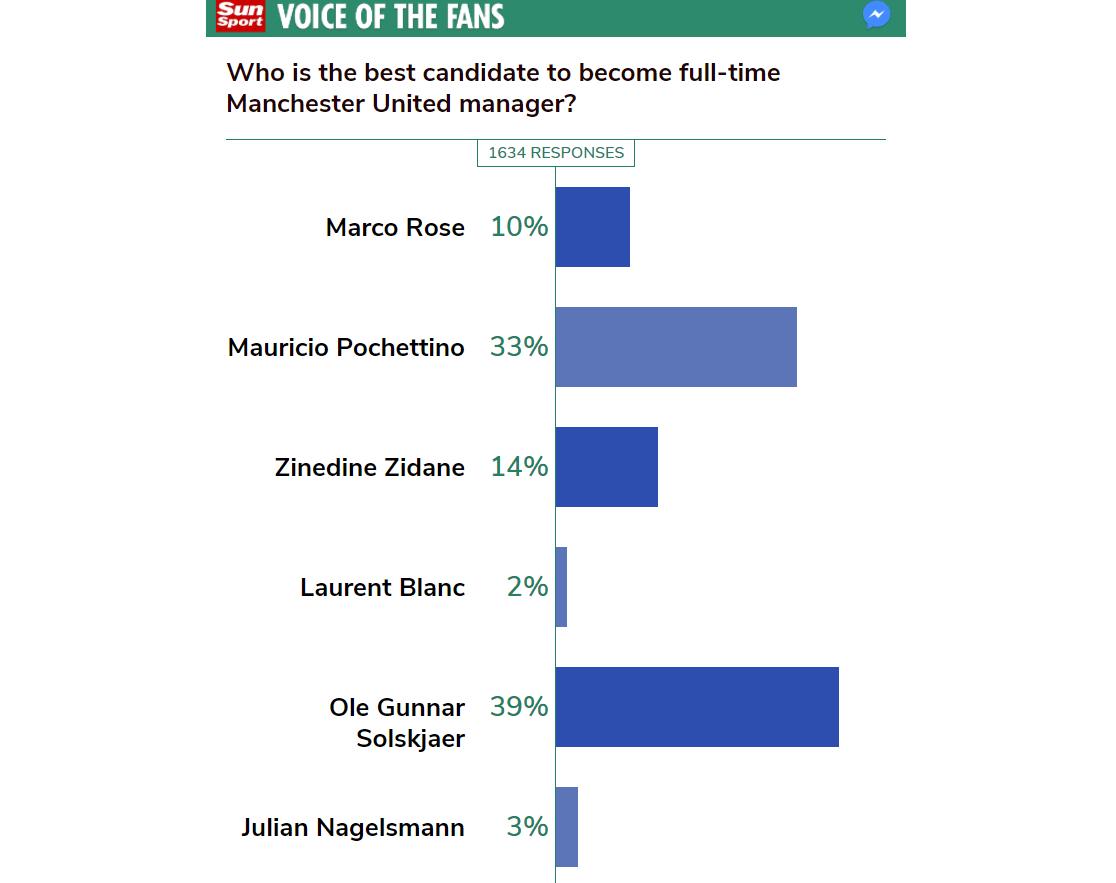 The winning run, which has also brought 14 goals, has seen Manchester United close the gap on Chelsea and Arsenal in the race for the top four.

United are now just three points behind Arsenal and six behind Chelsea – with the Gunners and the Blues both stuttering over the Christmas period. 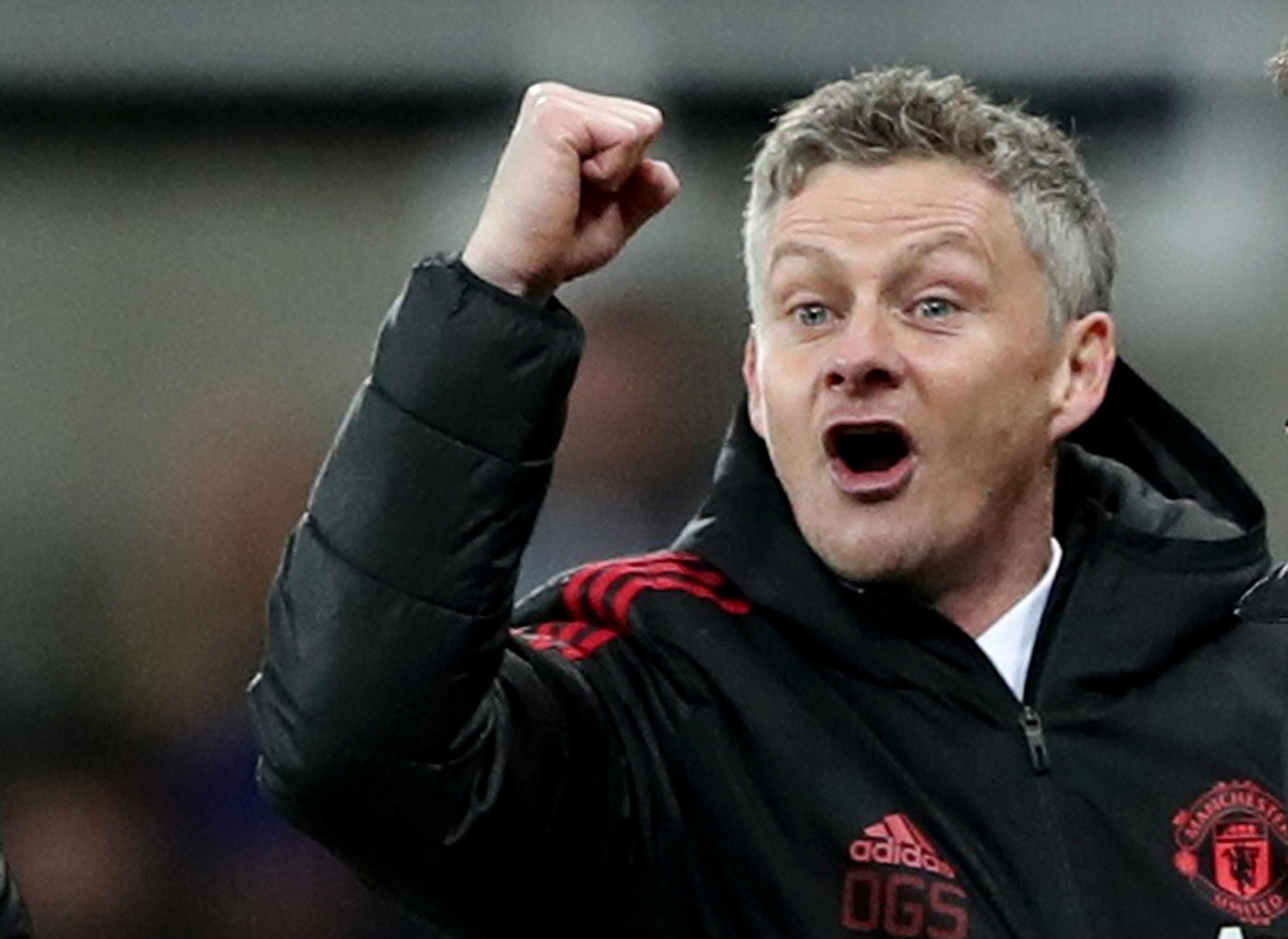 "I'm doing my job as long as I'm here. If you win four you can win another four with this club.

Manchester United fans are now desperate to see Solskjaer, who won six Premier League titles, two FA Cups and the Champions League with the club, given the job long-term.

A SunSport poll found that 39 per cent of fans who voted wanted Solskjaer to get the job full-time.

That was ahead of Tottenham manager Mauricio Pochettino (33 per cent) and Zinedine Zidane (14 per cent).

Kris added: "If Solskjaer makes top 4 and quarter-finals in the Champions League, make him permanent manager. Why not? Better than what Jose would've done."

Gavin Thorpe said: "It's a no-brainer. In returning the United way, Ole has shown that recruiting from outside the United family and taking the club in a different direction was the biggest mistake we made.

"Not only should he be retained but we should add more United legends to the backroom."