LIONEL MESSI took fans’ breathe away last night with a stunning free-kick against Liverpool – but the sneaky Argentine moved the ball five-yards closer.

On 82 minutes, with the Spanish champions 2-0 up thanks to an opener from ex-Liverpool man Luis Suarez and a Messi tap in, Barca were awarded a free-kick. 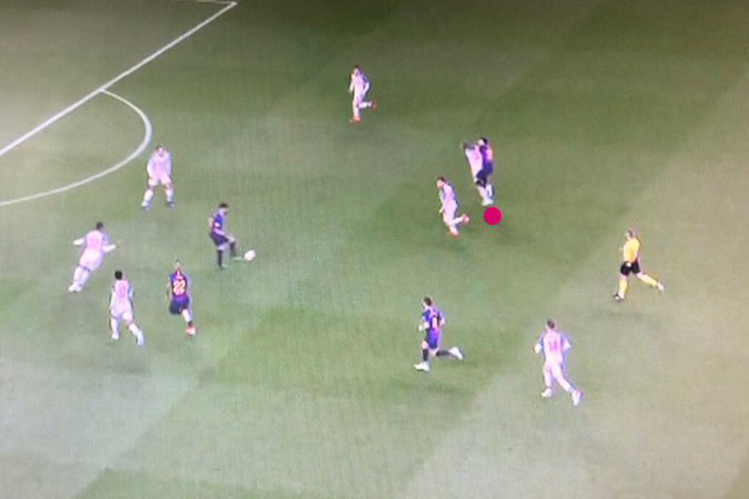 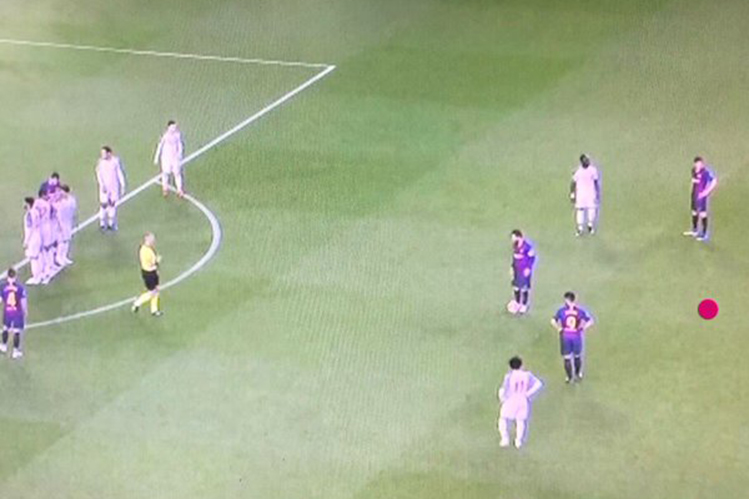 After Messi was fouled by Fabinho the 31-year-old placed the ball down and bent a superb strike around the wall into the top corner and out of Alisson’s reach.

However, Fox Sports noticed the little Argentine had moved the ball closer than the initial foul – as images show the ball being placed on the lighter shade of grass five-yards on from the contact.

Liverpool came away from the Nou Camp on the receiving end of a result that did not match their performance having defended well for large parts of the game.

But it was ex-Anfield hero Suarez who opened the scoring in Spain and the Uruguayan did not hold back in his celebrations against the side who sold him.

Liverpool now face an uphill task next Tuesday when they welcome the La Liga champions to Anfield – and manager Jurgen Klopp was left commending Messi for his masterful goal.

Klopp said: “In these moments [Messi] is unstoppable.

"We couldn’t defend the free kick. What a strike.

"The second goal was probably not the nicest in the career of Lionel Messi but it shows his skills that he is even there in that moment.

Yep, you read that right. We’ve teamed up with Mastercard to give away 2 pairs of tickets to the UEFA Champions League Final Madrid 2019, plus everything you need to get there and back.

Want to win this money can’t buy prize? Head here to find out more and enter.

"Apart from that I was happy in how we defended the whole Barcelona team.

“I am a big admirer of them, as is everybody, but my boys didn’t show too much respect, they were there every time.

"We played football and I liked that. I knew before that Lionel was a world‑class player and now I saw it again I am not too surprised."