SKY BROWN, a remarkable 13-year-old skateboarder from California, has become Britain’s youngest ever Olympic medallist at a summer Games.

On the hottest day of these Games so far – and hours after an early-morning earthquake struck Tokyo – teenager Brown shook up the British sporting record books. 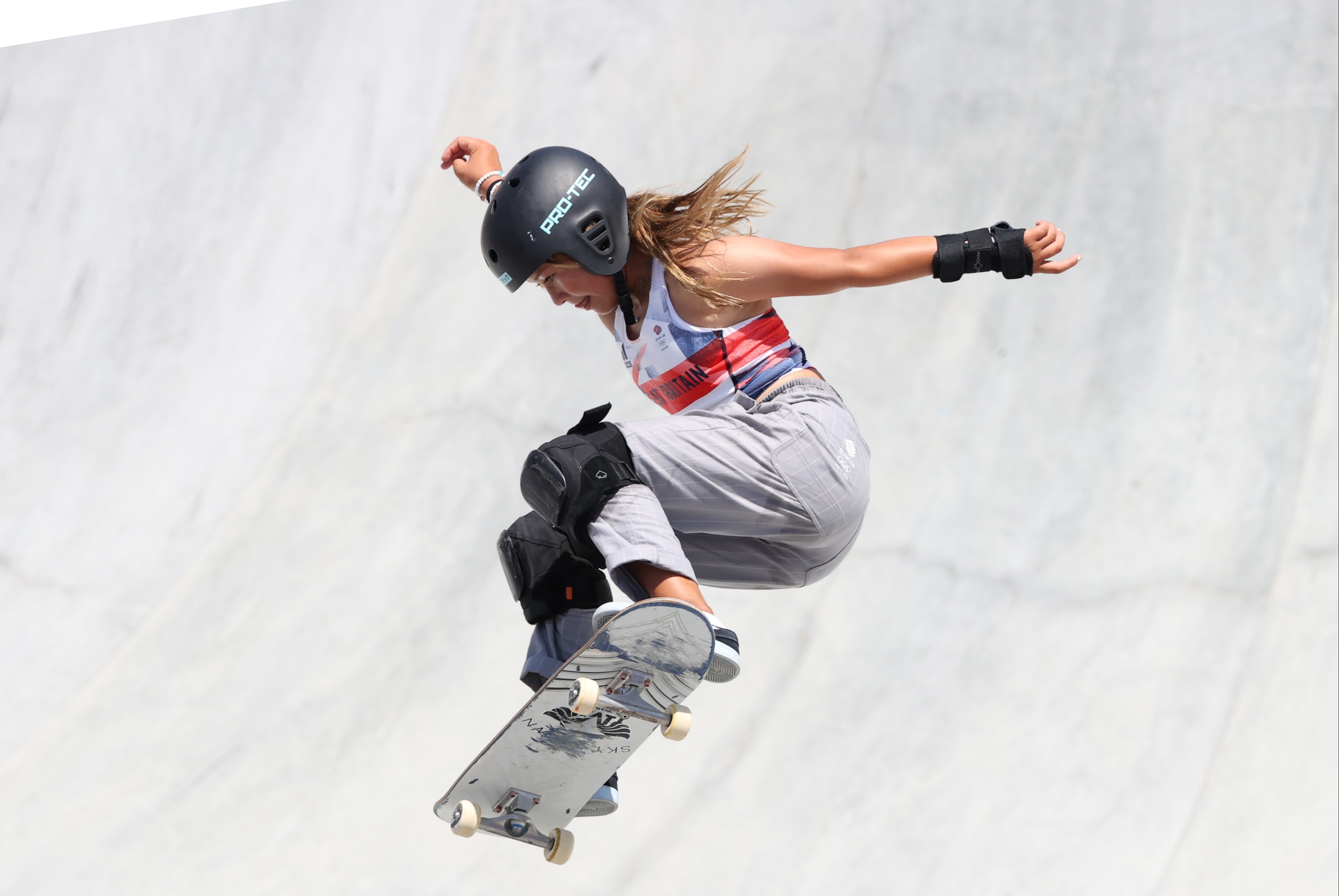 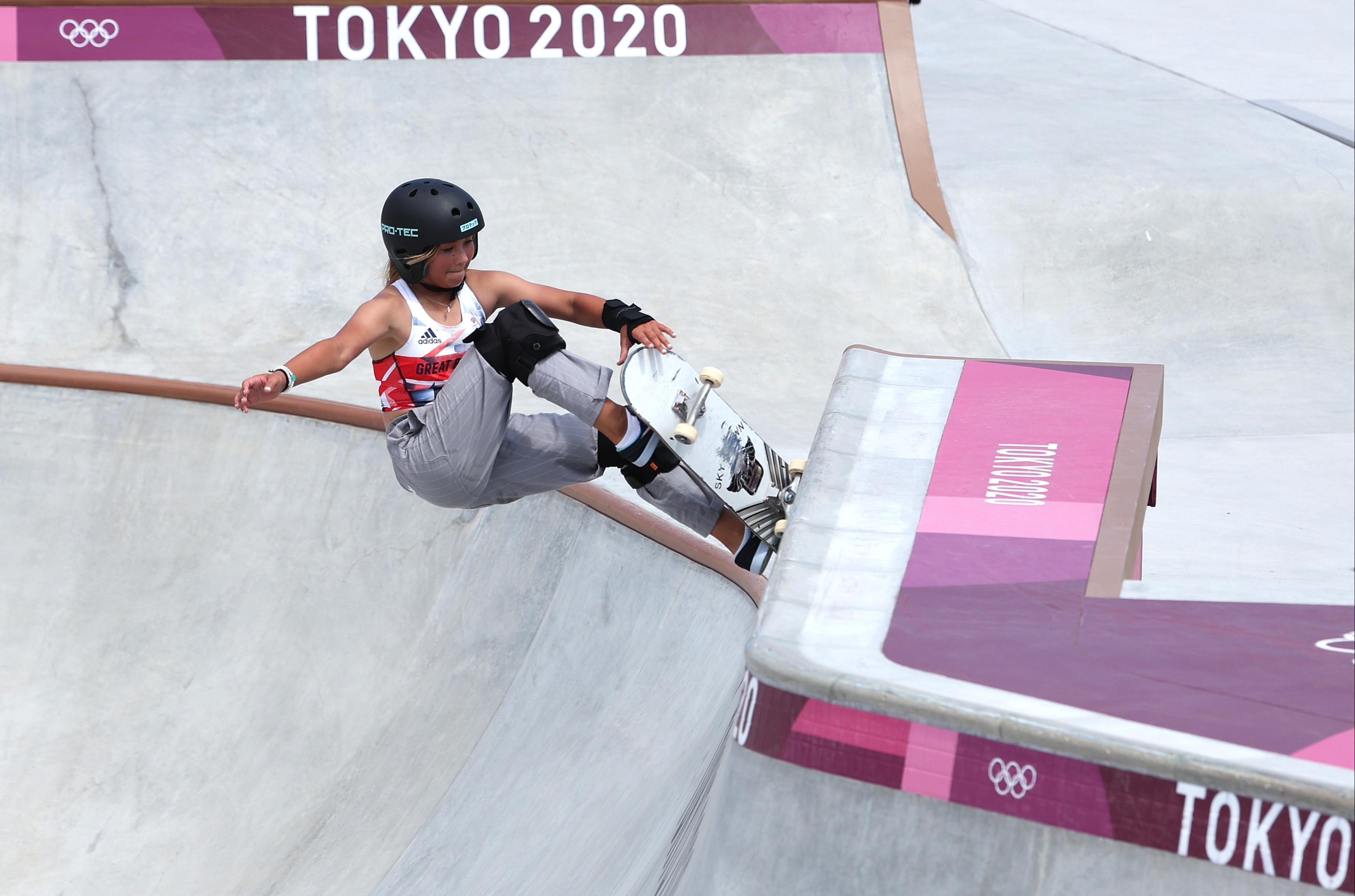 At 13 years and 28 days, Brown has become the youngest Brit to compete at a summer Games, surpassing by 15 days the record held by swimmer Margery Hinton from the 1928 Games.

Now she has gone one step further and won a medal at her first attempt, finishing third in the inaugural women’s park run.

Japan’s Sakura Yosozumi was the champion with 60.09 points and 12-year-old home star Kokona Hiraki was second with 59.04.

Brown was out of the medals but moved into third place with a brilliant final run of 56.47.

Misugu Okamoto, the pre-race favourite, had the chance to move onto the podium but fell on her final run and there was no Japan 1-2-3.

It was absolutely roasting at the Ariake Sports Park – it felt much hotter than the 34 degrees on the thermometer yet felt much hotter – but Brown kept her cool in qualifying, coming second behind Hiraki after three individual runs.

In the final, accompanied to the tune of Blur’s Parklife, attacking Brown went for the high-risk strategy.

It’s awesome to be here

🥇 TOKYO OLYMPICS LIVE: All the latest from the Games with our live blog

🥇 WHAT'S ON TODAY? Best bits to watch at the Olympics and UK times for your favourite stars

Twice she tried the aerial Kickflip Indy – where the skater grabs the board while turning backside – twice she was unable to pull it off, falling onto the concrete.

And yet when it mattered, in the last opportunity, she pulled off the tricks and secured a fabulous medal for Britain.

Watching Brown it is obvious to see the speed, technique and control she has on a short piece of wood.

The tricks were flawless, the height and rotations were there – it was textbook skateboarding.

What makes her appearance even more amazing is that 14 months ago she was “lucky to be alive” after fracturing her skull in a horror crash in California.

Brown landed head-first and also broke her left wrist and hand in a horrific fall in training.

BETTING SPECIAL – CLAIM £180 IN FREE BETS FOR THE OLYMPICS

Father Stewart said “everyone was fearful for her life” and she had the “gnarliest fall” imaginable.

Speaking from her hospital bed, sporting a black eye and surrounded by cuddly toys, Brown thanked everyone for their messages of support.