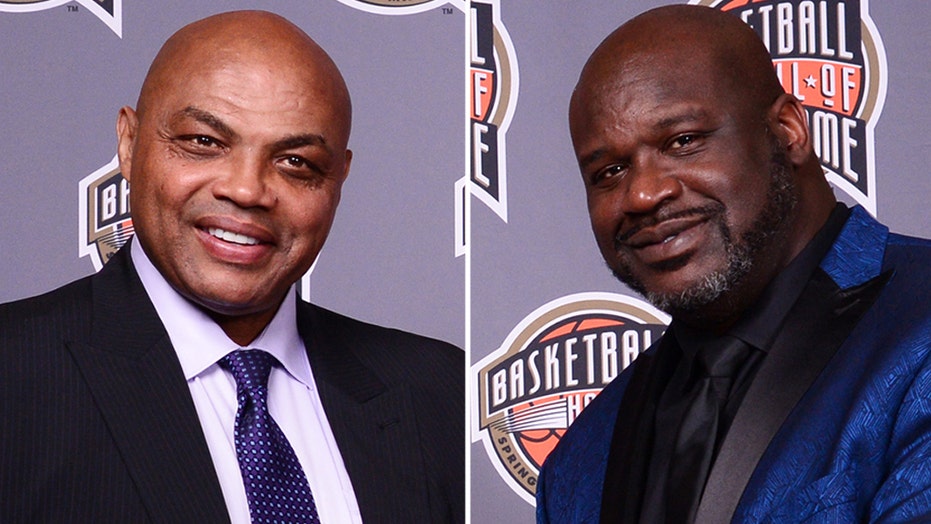 Shaquille O’Neal and Charles Barkley had a hilarious exchange on Tuesday night before the Atlanta Hawks and the Milwaukee Bucks played Game 4 of the Eastern Conference Finals.

The Hawks announced Trae Young would miss the game as he nurses an ankle injury he suffered in Game 3. The two former NBA greats were discussing who the Hawks could start in Young’s place on TNT’s “NBA Tip-Off.”

While O’Neal mentioned starting Lou Williams and Kenny Smith mentioned that Kris Dunn could see some significant minutes for the Hawks, Barkley brought up the idea of putting Jeff Teague in for Young to start the game. There were a few problems with Barkley’s suggestion – Teague last played for the Hawks in March 2020 and he’s currently playing for the Bucks.

“He’s not exactly on the Atlanta Hawks,” Ernie Johnson said.

Barkley said he didn’t even mean to mention Teague.

Barkley is part of a regular segment on the show – usually at the start of the NBA season – called “Who He Play For?” here where Barkley is challenged to name the new teams of several NBA players who changed uniforms in the off-season. Often Barkley does not know the right answer.

The Hawks made the announcement less than an hour before tip-off. ESPN first reported that Young would not play due to a bone bruise.

Young briefly exited Game 3 when he injured his ankle stepping on a referee’s foot. He went down and was complaining about the play. He would later return in the fourth quarter, but the Hawks would lose the game, 113-102.

“I didn’t see him. I guess I’ve got to have eyes in the back of my head now to see who’s behind me,” Young said, adding it was “just a freaky accident.”

According to ESPN, the star guard “exhausted every avenue” to try and play but his mobility was limited.