PERTH, Australia — Serena Williams and Roger Federer have athletic lives of almost parallel excellence, which will finally intersect on a tennis court Tuesday.

The 37-year-olds are the only people to have won 20 or more Grand Slam singles titles in the Open Era. They have won Grand Slam titles on the same court on the same weekend eight times, first in 2003 and most recently in 2017. Each has made comfortably more than $100 million in prize money and endorsements.

They have been headliners on posters and played consecutively on a center court many times, the two have never faced each other on a court in their decades together on tour (they did play on the same team in an exhibition match in 2010 to raise money for Haiti). That will change New Year’s Day at the Hopman Cup, where Federer and Williams will be across the net from one another in a mixed doubles match between Switzerland and the United States.

“I’ve been looking forward to it since I saw it,” Williams said. “I was like, ‘Oh, my God, this is so cool.’ So it’s just something that, as a player, is something that you would dream of, to play Roger Federer.”

Australia’s Channel 9 and the stateside Tennis Channel have billed the match as “Federer vs. Williams” in their graphics, leaving their respective partners Belinda Bencic and Frances Tiafoe off advertisements for the mixed team event. 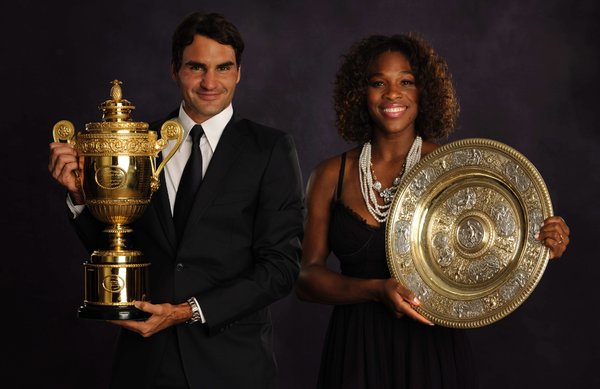 “It’s very exciting for both of us,” Federer said. “I hope that a lot of tennis fans are going to tune in and watch it, because it’s going to be one time and probably never again, in this kind of a competition.”

“We’re both fierce competitors,’’ he added, “and we always want to win. We try our best.”

The Hopman Cup, an annual invitational that is sanctioned by the International Tennis Federation as its mixed team competition but does not offer ranking points or contribute to a player’s overall record, straddles a line between exhibition and official tournament. Williams and Federer have won it twice before but have never competed in the same year.

Of her first time facing Federer, Williams said she was “just glad it’s not in singles.”

“Listen, if there’s one thing I’ve never worried about, it’s how I would match up against Roger — because I don’t think it would be very good,” Williams said, laughing. “Thankfully it’s something I don’t have to often think about. I’m just going to have fun tomorrow.”

Williams is the far more pedigreed doubles player, having won 14 Grand Slam titles and three gold medals alongside her sister, Venus, as well as two Grand Slam titles in mixed doubles early in her career. Federer, like most top men’s players, does not play any doubles at the Grand Slam events, as the best-of-five singles format can prove prohibitive to additional entries. But he won a gold medal with Stan Wawrinka at the 2008 Olympics.

Williams’s coach, Patrick Mouratoglou, said that his focus for the week was not on her encounter with Federer, but on the solo matches she will play at the tournament.

“I completely understand — it’s the two greatest players of all time,” Mouratoglou said of the attention. “But I’m really focused on the singles, because my goal is that she wins the Australian Open.” That tournament begins Jan. 14.