The 11 international crews competing in this year's Sydney to Hobart yacht race might be far from home, but Santa Claus still knew where to find them in time for Christmas.

The distinctly Australian Santa distributed presents with a local theme to two international crews: one from Germany and the other from a combination of the United States and Canada. 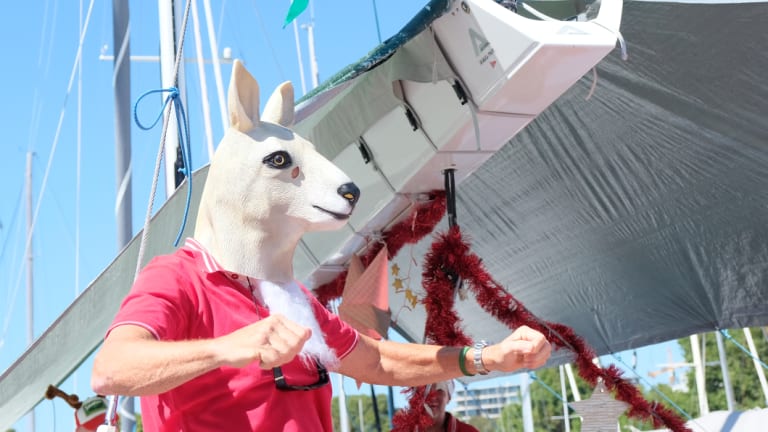 "Don't wear this in the Australian outback if you want to be found," Santa cautioned German skipper Freidrich Boehnert as he donned the Santa mask.

There will be little risk of getting lost in the bush for the German sailor, who will be steering his boat south along the 628 nautical mile path to Hobart on Boxing Day.

Visiting the American-Canadian crew on Joy Ride, Santa said it was "good to be back so soon after visiting the same area last night".

With only one reindeer in tow, Santa said he wanted to spare the rest from the heat. 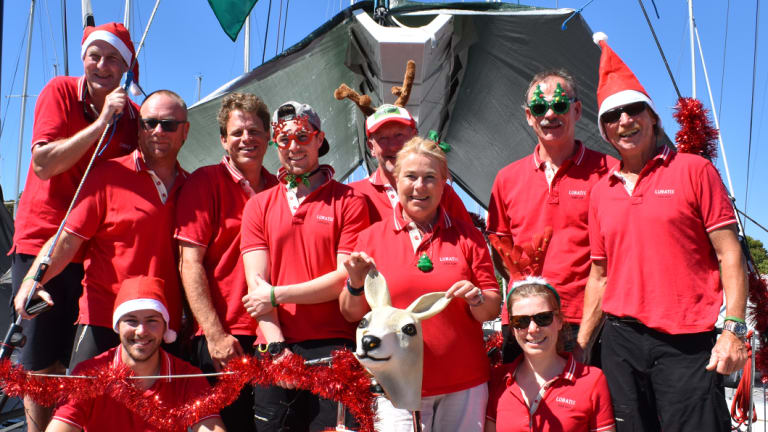 The crew of Lunatix on Christmas Day ahead of the Sydney to Hobart.