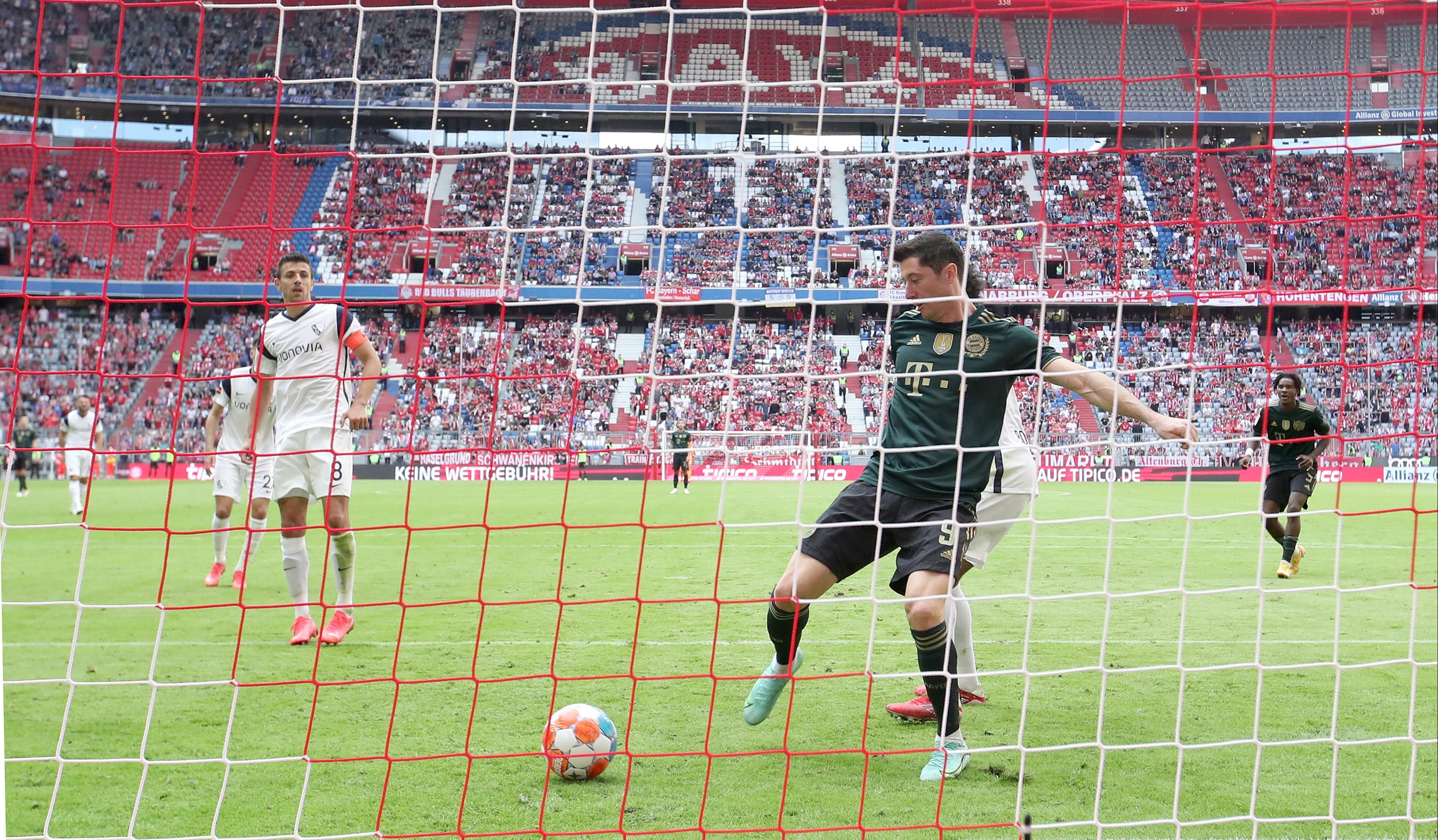 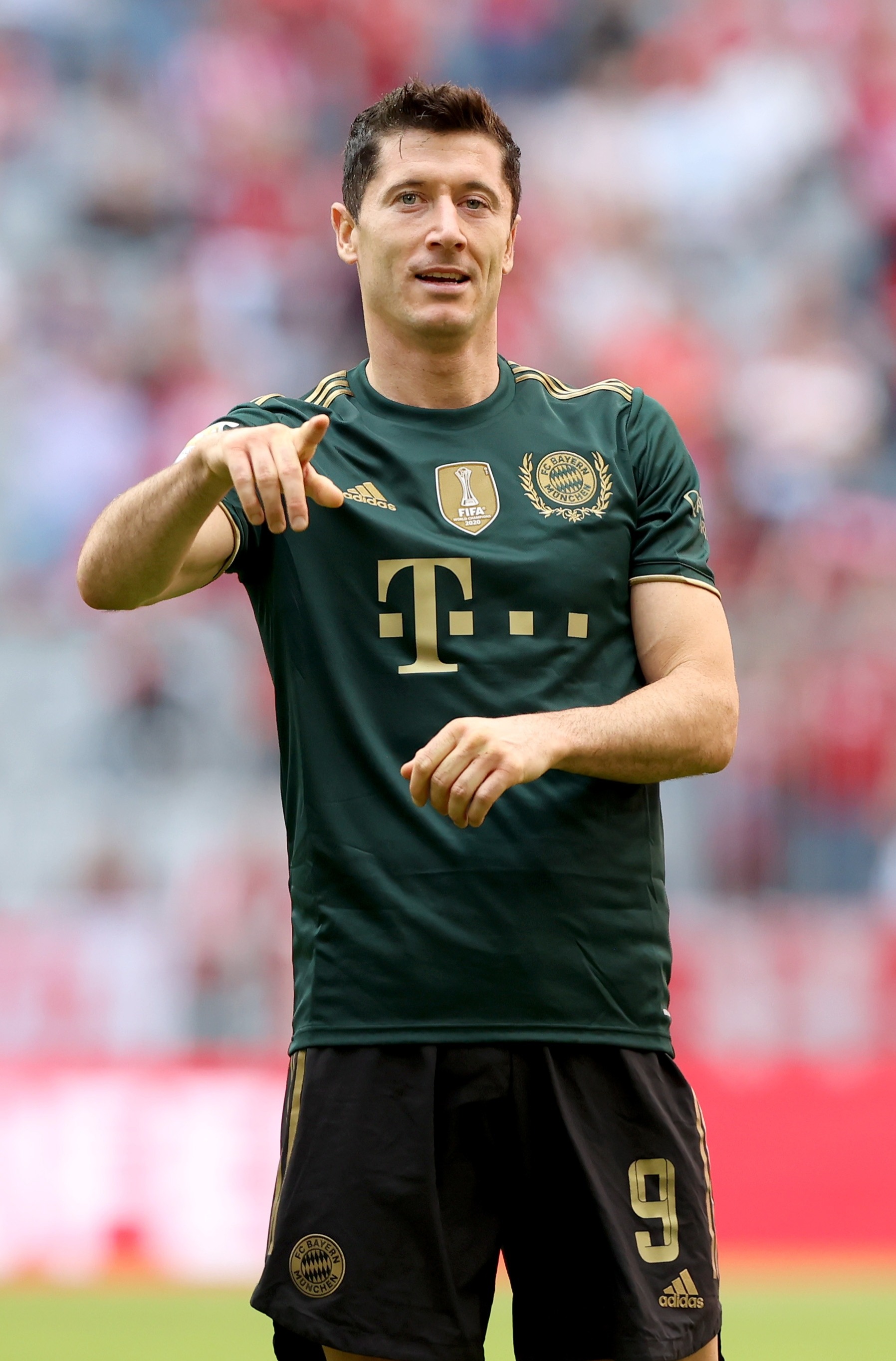 The annual Bavarian beer festival has been cancelled for the second straight year due to Covid.

But that did not stop Bayern from sporting the classy new look as they notched their fourth win of the season.

Striker Robert Lewandowski made history as he became the first Bundesliga player to score in 13 home games in a row.

The Poland ace was joined on the scoresheet by four other Bayern players, with Bochum defender Vasilis Lampropoulos giving away an own goal.

The 25-year-old then turned provider as he set up fellow Germany international Joshua Kimmich to turn and finish.

Serge Gnabry added a third after he latched onto a neat Thomas Muller pass, who then forced Lampropoulos to cough up an own goal.

Going into the half-time break 4-0 up, the only thing that was missing for Bayern was a record-breaking Lewandowski strike.

But sure enough that came on the hour mark when the prolific No.9 extended his scoring streak from close range.

With victory more than sealed, Kimmich then doubled his tally as he turned in a Leon Goretzka header before Erix-Maxim Choupo-Moting added a seventh.

Bayern could have had eight had Muller not strayed offside but victory keeps the undefeated champs top of the table with four wins from five.