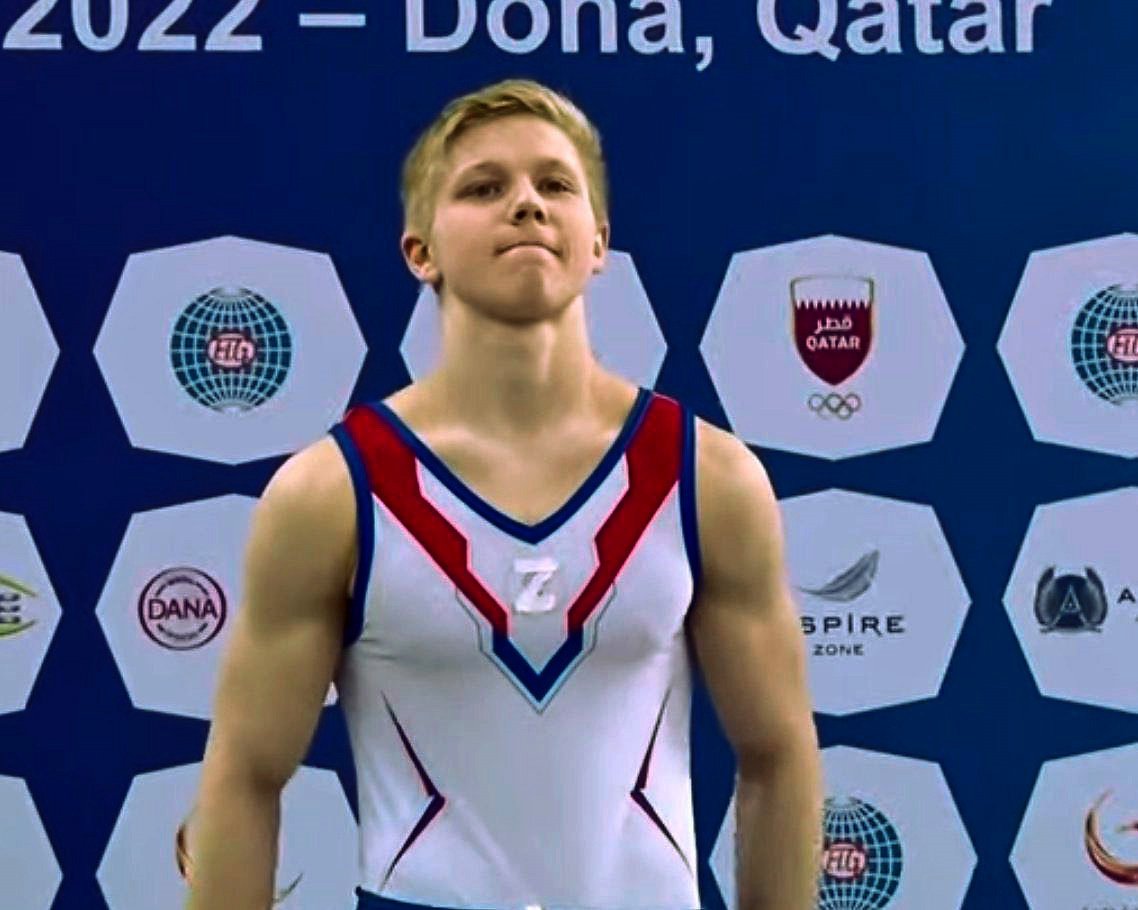 Russian gymnast Ivan Kuliak has been banned from competition for at least a year after taping a ‘Z’ war symbol to his chest before standing on a podium next to a Ukrainian athlete.

The 20-year-old wore the symbol that represents the Russian invasion of Ukraine as he was given a bronze medal in parallel bars at a gymnastics world cup event in Qatar in March.

The International Gymnastics Federation (IGF) condemned the actions at the time and have now ruled that he will be banned from competing for at least a year.

The suspension will run until May 2023, but could go on if rules on banning Russian flags or the country’s anthem are still in place then.

Kuliak has also been disqualified from the World Cup and has to return the bronze medal and prize money he won.

On top of returning that prize money, of around £400, he must pay the costs of the investigation of £1,600.

The 20-year-old’s move was condemned as ‘shocking behaviour’ by the IGF at the time.

A statement from the governing body read: ‘The International Gymnastics Federation (FIG) confirms that it will ask the Gymnastics Ethics Foundation to open disciplinary proceedings against Ivan Kuliak following his shocking behaviour at the Apparatus World Cup in Doha, Qatar.’

Kuliak, though, defended his actions, telling Russia Today: ‘If there was a second chance and I had a choice whether to go out with the letter ‘Z’ on my chest or not, I would do the same.

‘I saw it on our military and looked at what this symbol means. It turned out to be ‘for victory’ and ‘for peace’.

‘I just wanted to show my position. As an athlete, I will always fight for victory and play for peace.’