On Monday night in Launceston, Australian Sports Minister Richard Colbeck settled in for what he expected to be a long, difficult discussion with his fellow executive committee members of the World Anti-Doping Agency about what to do about Russia.

Instead, what had been booked as a three hour meeting was over in less than one. Russia, one of the great powers of the world, was promptly turfed out of international sport and according to Senator Colbeck, the only disagreement was whether WADA should have gone harder. 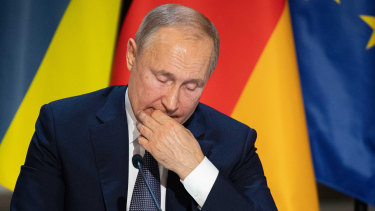 In Australia, the decision unified our normally fractious sporting chiefs.

The WADA decision in effect expands the IAAF prohibition against Russia fielding a track and field team in Rio to all Olympic sports at next year’s Tokyo Games. As in Rio, Russian athletes who demonstrate they have regularly been passed tests conducted by anti-doping agencies other than RUSADA will be permitted to compete under a neutral flag.

The exemption for individual athletes who can “prove” they are clean will help the sanctions survive an appeal before CAS, which through a series of previous decision upheld the IAAF ban. It also blunts Russia’s political attack against the WADA decision.

“I reject any assertion from Russia that this is something we are doing to their athletes,’’ Senator Colbeck said. “They did this to their athletes, quite blatantly. The target of this investigation was their system. The unfortunate consequence of that clean athletes within the Russian system suffer.”

Mr Sharpe said the Russian ban was critically needed to restore confidence in anti-doping. “The Russian state sponsored doping campaign is the worst case in the history of anti-doping and must be met with the harshest sanctions possible.”

AOC vice-president Ian Chesterman said the sanctions sent a powerful message. “This was a shocking betrayal of fair sport and there are severe consequences for that.”

Swimming Australia president John Bertrand said the evidence against Russia was overwhelming. “It is highly significant globally for world sport,’’ he said. “It gives athletes hope that in this super competitive world of Olympics the sport is becoming cleaner.”

The politics of doping are still likely to play out on the Tokyo pool deck, where Russian breaststroker Yuliya Yefimova, a swimmer who previously banned for a doping infraction, will renew her rivalry with America’s outspoken Lilly King.

Efimova has lived in California for eight years and already established in a case before the Court of Arbitration for Sport that she played no part in Russia’s doping regime.

American anti-doping campaigner, USADA chief executive Travis Tygart, was one of the WADA executive council members pushing for a blanket ban against all Russian athletes.

The Russian doping scandal first broke in late 2014, when the German television channel ARD aired allegations of a state-sponsored doping regime. This and worse was confirmed by an independent commission established by WADA, which exposed a protection racket for Russian drug cheats at the Sochi Winter Olympics run by corrupt government officials, drug testers and secret service agents.

WADA’s sanctions announced late Tuesday are based on further, damning revelations of a concerted effort by RUSADA, as recently as January this year, to manipulate their records and conceal evidence of doping. This included the mass deletion of testing files.