Only eight days ago, Steve Diamond lamented English rugby’s ‘darkest day’ after his Worcester side went into administration and were suspended, then relegated from the Premiership.

Now there is a new nadir after it was revealed on Wednesday that Wasps — who are battling debts of close to £100million — are ready to follow the same disastrous path as the stricken Warriors.

Wasps’ announcement that they intend to go into administration in the coming days was further evidence — as if it were needed — that English rugby’s top tier is a league built on sand.

The Premiership is in crisis and there is now a very real possibility that it could lose two teams despite the new season being barely under way.

Sportsmail understands that close to half the 13 sides which started the campaign are for sale as the league battles huge financial problems. The outlook is bleak.

The RFU last night confirmed that Wasps had been suspended from the Premiership. Relegation will almost certainly be the next step, as it was for Worcester, when administration becomes official.

It is understood the Wasps squad are resigned to that fate. Job losses and a repeat of the player exodus that has taken place at Worcester now seem inevitable. A team who have been crowned champions of England six times and conquered Europe twice look doomed. 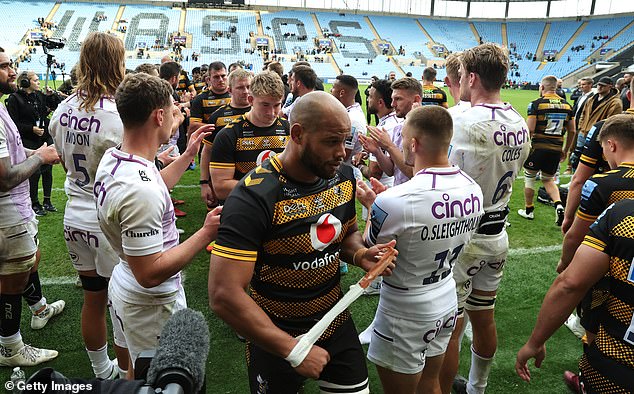 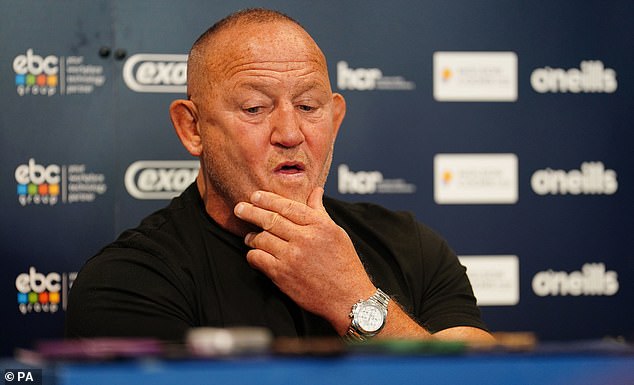 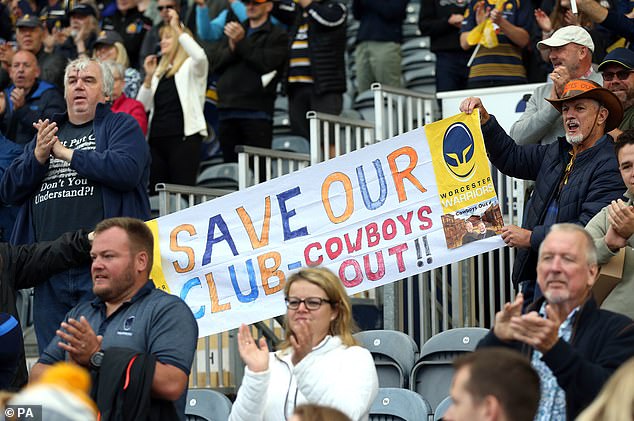 A state of chaos reigns in the English game right now and no one seems capable of turning the tide. Premiership Rugby again stayed silent yesterday as their prize product burned.

‘Negotiations to secure deals that will allow the men’s and women’s rugby teams, netball team and the arena and associated business to move forward are ongoing,’ Wasps said in a statement.

‘However, it has become clear there is likely to be insufficient time to find a solvent solution for the companies within the group.

‘It is therefore likely they will enter into administration in the coming days.’

Whereas Worcester’s misery was inflicted by the actions of disgraced owners Jason Whittingham and Colin Goldring and exacerbated by the devastating impact of Covid, Wasps’ troubles are long-standing and of the club’s own making.

Regardless, the end result for both teams is that they are on the verge of being put out of business. 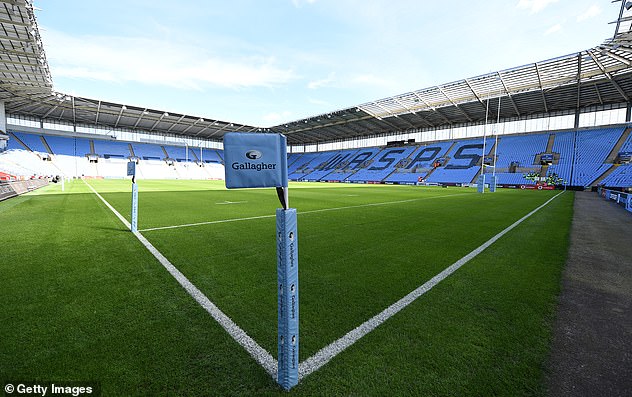 Wasps face a winding-up order from HM Revenue and Customs for an unpaid tax bill of £2m, but their financial problems stem from a £35m bond taken out to secure ownership of their Coventry Building Society Arena home in 2014 after their controversial relocation from High Wycombe to the Midlands.

Players and staff from Worcester and Wasps last night made a plea for the Premiership not to take away their lucrative financial stake in the league. Doing so would virtually end hopes of either team ever making it back to the top division.

On September 21, Wasps notified the High Court of their intention to appoint an administrator with the club struggling to repay their stadium bond and their tax bill.

A second notification to appoint an administrator was filed on October 4. It was a means of keeping the wolf from the door, but it worked only briefly. Wasps could not outrun the beast.

The club are still hoping for an 11th hour reprieve and the arrival of fresh investment, but entering administration will come at a significant cost.

Despite the pleas of former England No 8 Lawrence Dallaglio, who is now a Wasps director, they are unlikely to be treated any differently from Worcester. 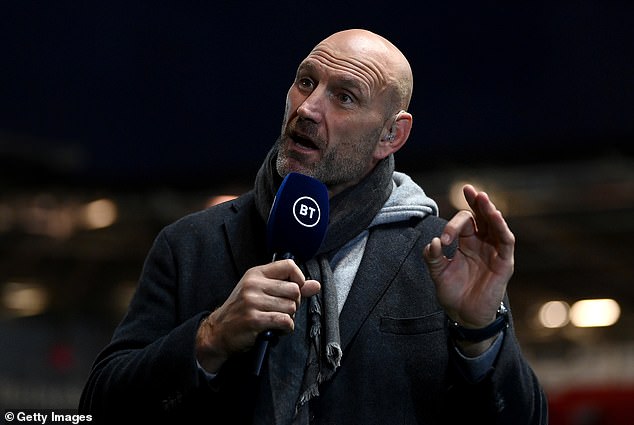 That is despite the pleas of former England No 8 Lawrence Dallaglio, who is a Wasps director 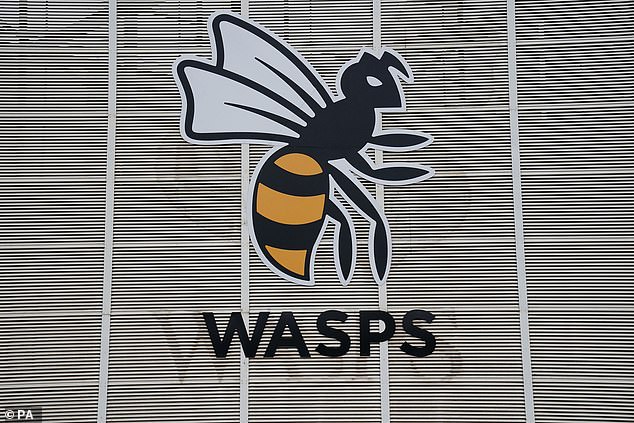 Wasps confirmed on Wednesday they had made the ‘extremely difficult decision’ to pull out of Saturday’s scheduled Premiership clash with Exeter, who will now play Bristol in a friendly.

Worcester’s administrators have confirmed they will appeal against relegation on the grounds of no-fault insolvency.

At this stage it remains unclear whether Wasps will be able to do likewise.

Their situation also raises huge concerns for Championship football side Coventry City, who, like Wasps, play their home games at the CBS Arena.

The Wasps statement continued: ‘While the companies within the group all represent strong and viable businesses, the reality is that they have insufficient cash at this time to continue to fund operations until these complex negotiations have concluded.’

Bristol scrum-half Harry Randall will miss England’s autumn internationals after having hamstring surgery, but Mako Vunipola will be available.

Saracens prop Vunipola has only been handed a three-match ban — which could be reduced to two — for his red card against Newcastle.