The feisty Irishman, 47, was cautioned by referee Roger East for arguing with officials during the Championship clash. 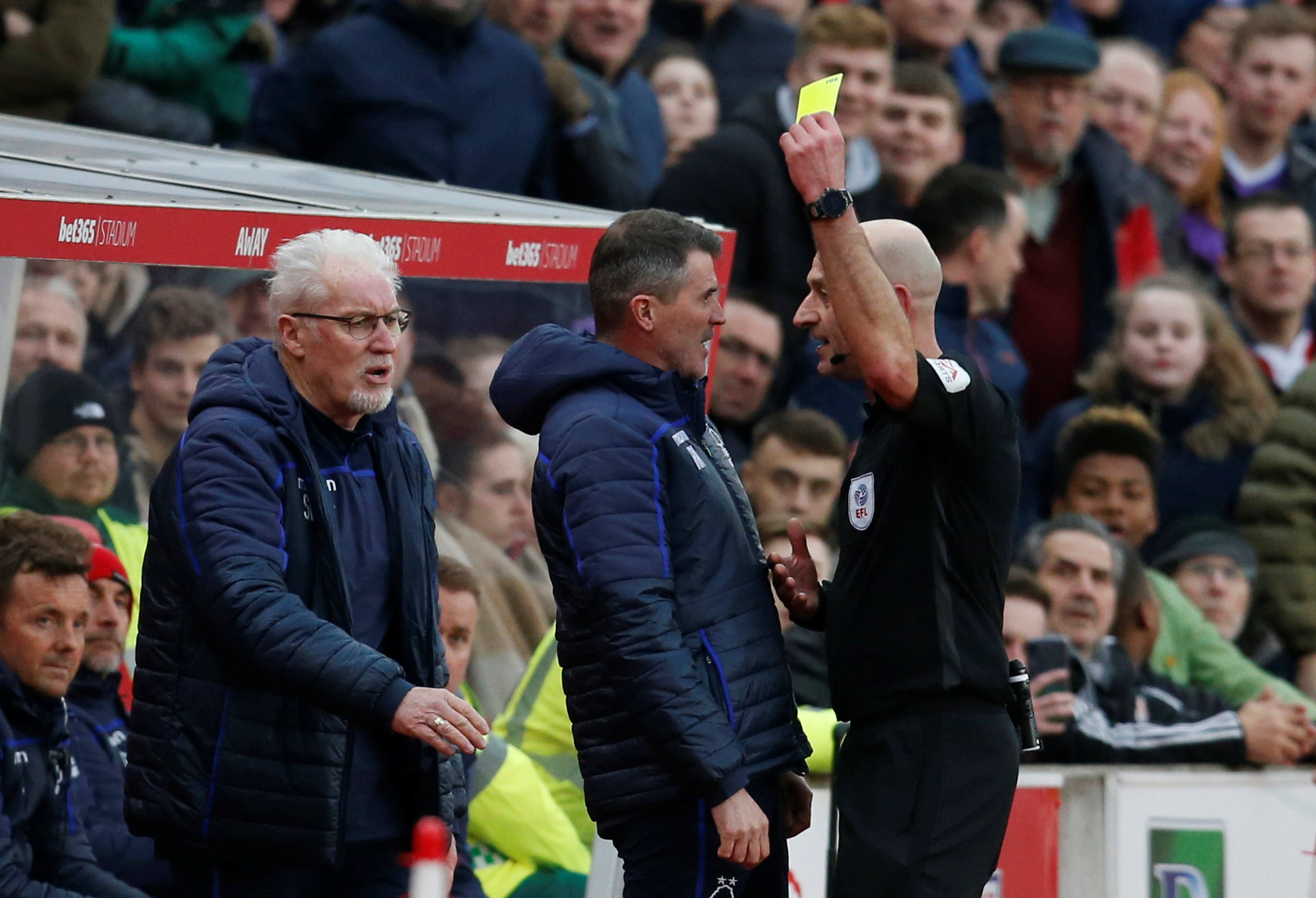 Keane, who is the assistant manager of Forest, is still finding ways to cause a stir with officials 13 years after his retirement.

The former Manchester United captain picked up 69 yellow and seven red cards during his playing days in the Premier League.

So it wasn't a huge surprise for the fans at the bet365 stadium when he was was booked again.

East refused to let the 47-year-old argue with the officials after Keane left his seat to join Martin O'Neill on the touchline. 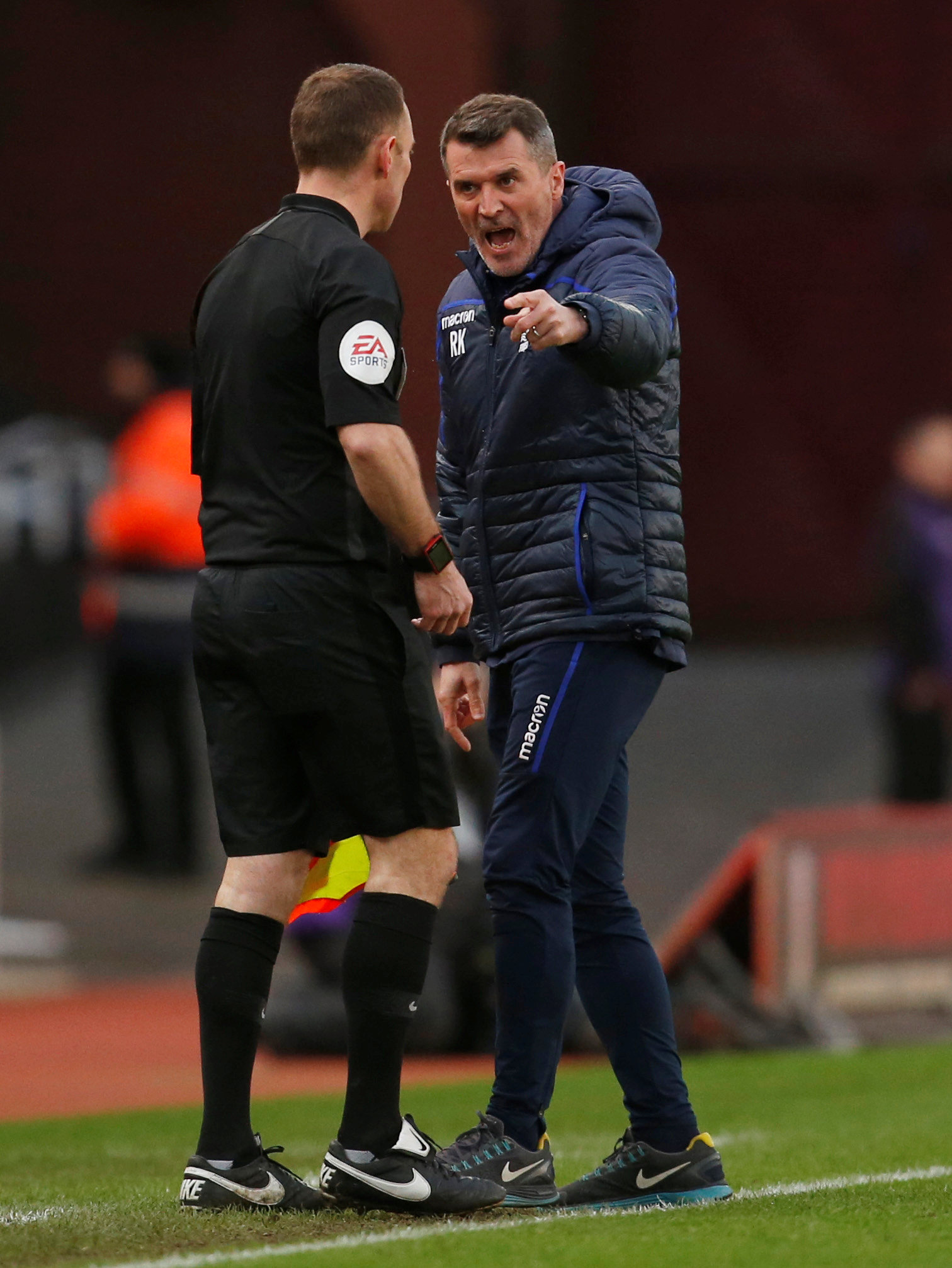 Fans on Twitter were left in hysterics as they watched Keane get booked as his side lost 2-0.

One said: "Roy Keane gets cautioned – this day just gets better and better."

While another sarcastically added: "Kane getting a yellow is quite amusing too. Love him!"

Forest, who are ninth in the Championship, lost the clash after goals from Oghenekaro Etebo and Benik Afobe. 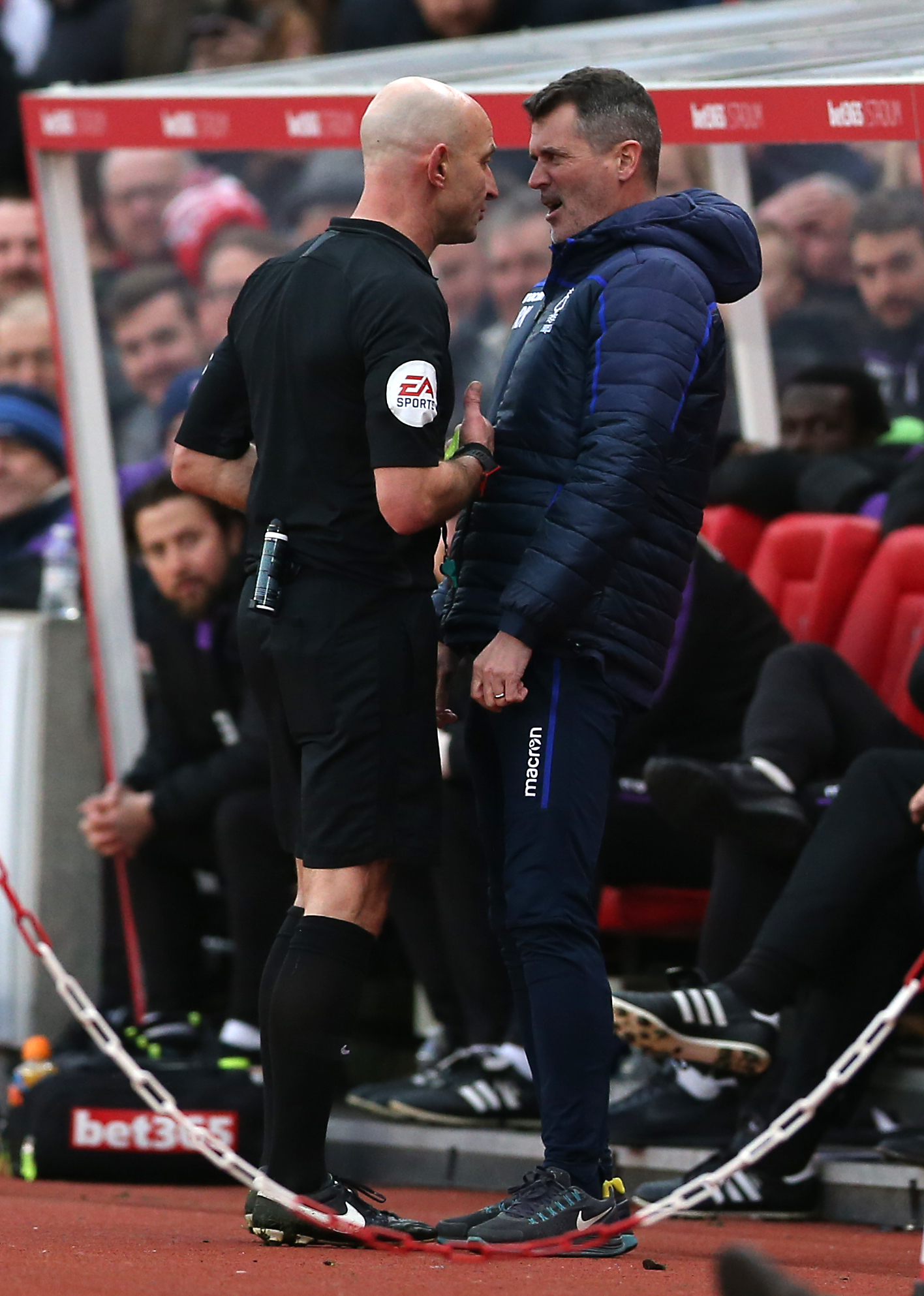 The Chelsea veteran charged over to the Irishman and appeared to yell "get some f****** balls."