The rotation policy is officially dead in Australian cricket but it's getting a run for ABC Grandstand selectors – and it has created some discussion behind the scenes.

The signing of internationals Harsha Bhogle and Alison Mitchell to join doyen Jim Maxwell has helped fill the big void left by star caller Gerard Whateley but it's the No.4 spot that has raised eyebrows. 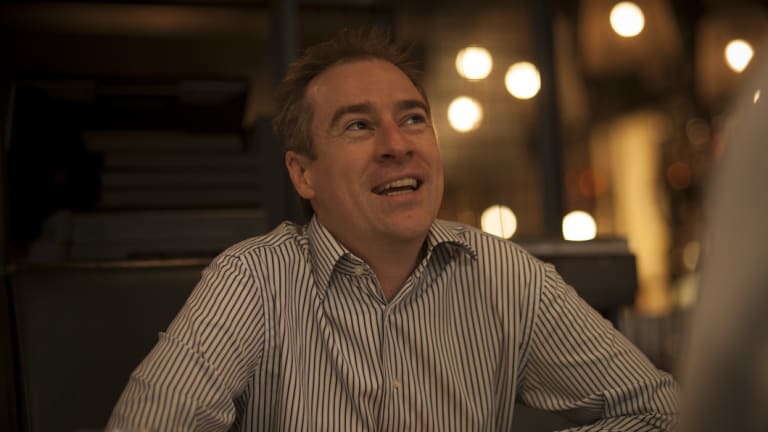 There are new voices on the ABC’s commentary team after Gerard Whateley’s departure last year.Credit:Josh Robenstone

The ABC is rotating what it describes as an "expansive" position, which also features player interviews and reporting, across the six Tests using a local caller. It's a departure from the continuity that was a feature of their revival in the last three years.

An argument for the different voices, however, is it adds variety to the coverage with fresher stories and anecdotes.

Andrew Moore, the station's league caller, is back behind the microphone in Adelaide for his first Test since 1993/94.

Next week it will be Clint Wheeldon in Perth, then Alister Nicholson (Melbourne), Corbin Middlemas (Sydney), Quentin Hull (Brisbane) and Brett Sprigg (Canberra).

Which raises the question of who will be the next long-term caller?

The reduced role for Nicholson is a surprise given he loomed as a long-term prospect after calling two Tests in India last year, though it still could be him.

The Tonk understands an announcement on this might not be far away.

There will be plenty of big names rolling through the ABC box for expert analysis after the the exits of Simon Katich, who followed Whateley to SEN, and Chris Rogers, now a coach at Cricket Australia's National Cricket Centre.

Cowan, the most recently retired former player, is the only expert to feature through the India series.

"I think it is fair to say, there have certainly been a few challenges in putting together our team of experts this year, principally the competition for former players, but I'm really delighted with what we have been able to achieve," ABC's head of sport Nick Morris said. "We have a really balanced team and I believe the on air results speak for themselves. There is great camaraderie in the box and we've had fantastic audience feedback throughout the first two days."

Fans voting with their remotes

Tim Paine's men made a good start on day one – and the opening to the new era of Australian cricket broadcasting was equally encouraging.

There had been concern the game was on the nose with fans after the ball tampering storm and the damning cultural review into Cricket Australia but judging by ratings released on Friday for the first day of the India series it seems the Test side still make for compelling viewing. 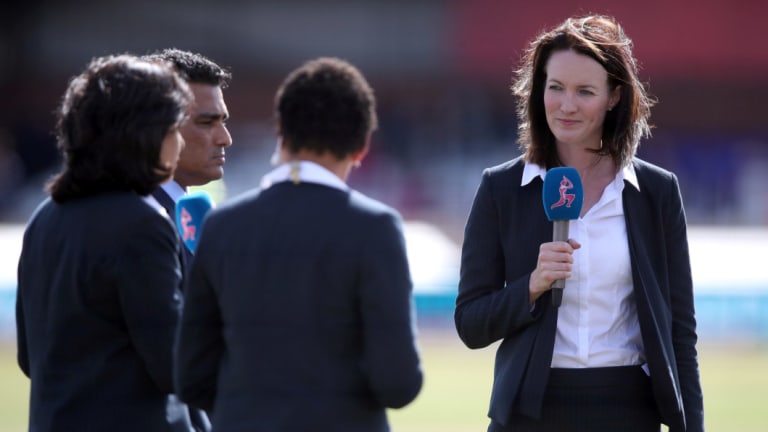 CA were trumpeting how the game reached more than 3.446 million Australians through their new TV partners on day one. In case you're wondering, reach is defined as the number of viewers who tune in for five minutes or more during the day.

And that does not include digital platforms, so you can understand why they would be flipping cartwheels at Jolimont.

The combined numbers for Seven and Fox also compare favourably to Nine from the Adelaide Test against India in 2014.

CA are understood to be exceptionally happy with the opening figures. It's unclear what impact the novelty of new broadcasters, after 40 years at Nine, had on the strong start and if the interest in the new-look team will continue through the summer, particularly if the side is not winning.

Harris out, Renshaw in

If Marcus Harris' ascension to the baggy green has caught you by surprise this season, you won't be the only one. It's also caught the producers of the match day magazine on the hop. 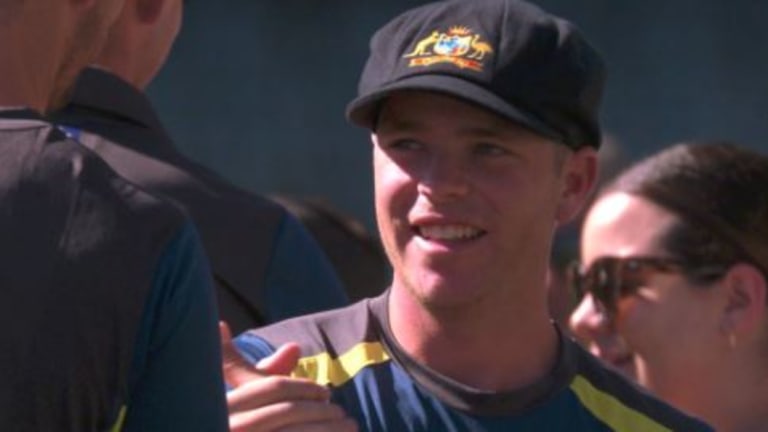 Marcus Harris in his new baggy green after officially being anointed Test player No.456 for Australia. Credit:Twitter – @FoxCricket

Harris was not among the list of 20 players considered in the mix so missed out on having a profile in the "official souvenir program". Matt Renshaw, however, gets a mention.

Those who shelled out $10 may wonder why there was such an oversight. The Tonk understands the publication went to print about a month ago.

That would explain why there's a pointer on the front page promoting Meg Lanning's return from injury to "lead Australia to World Cup glory". The tournament finished a fortnight ago.