Following two cancellations and another agonising two week delay, it was fitting that the now infamous Copa Libertadores second leg was just about settled in a draining two-hour sweat-fest. 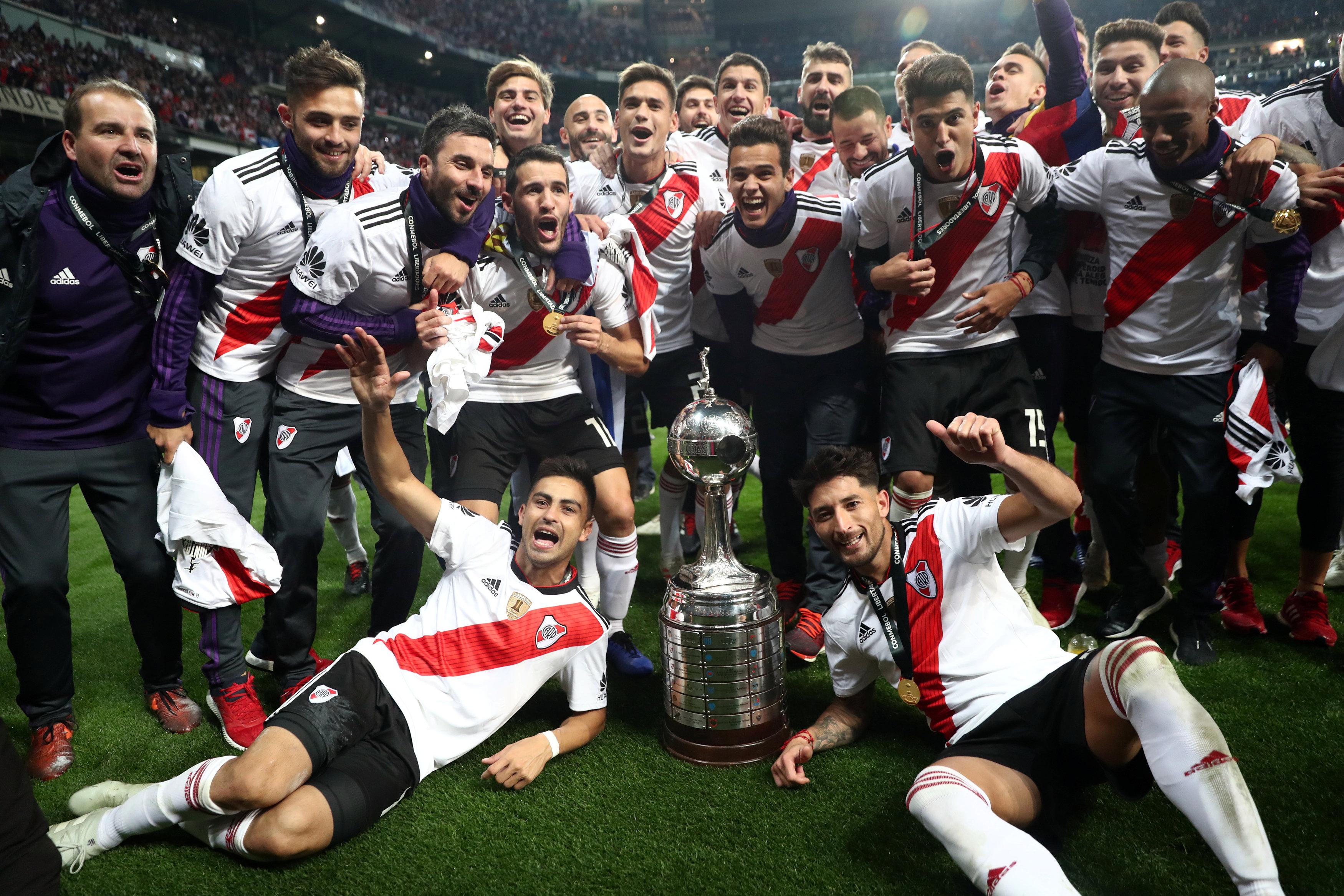 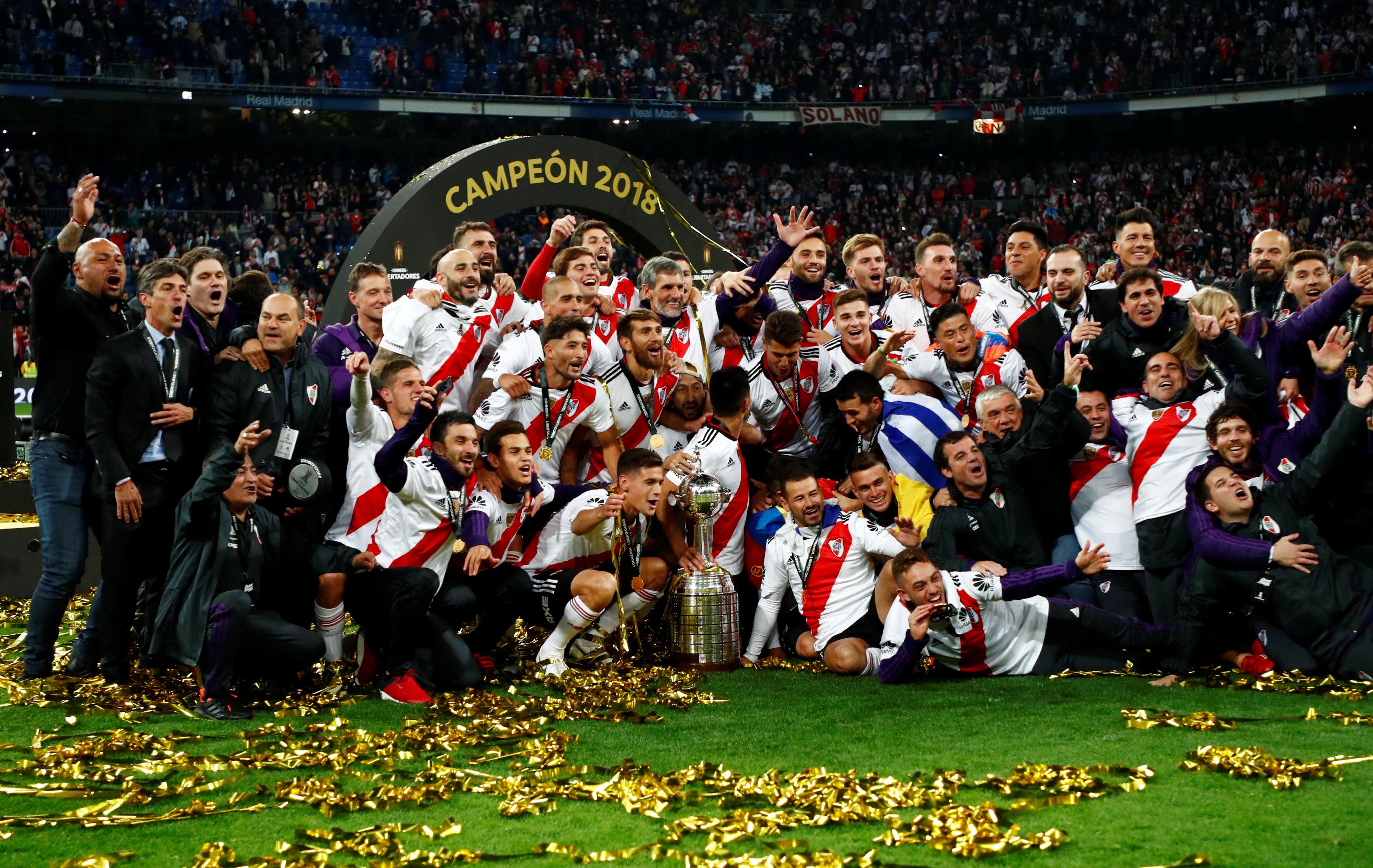 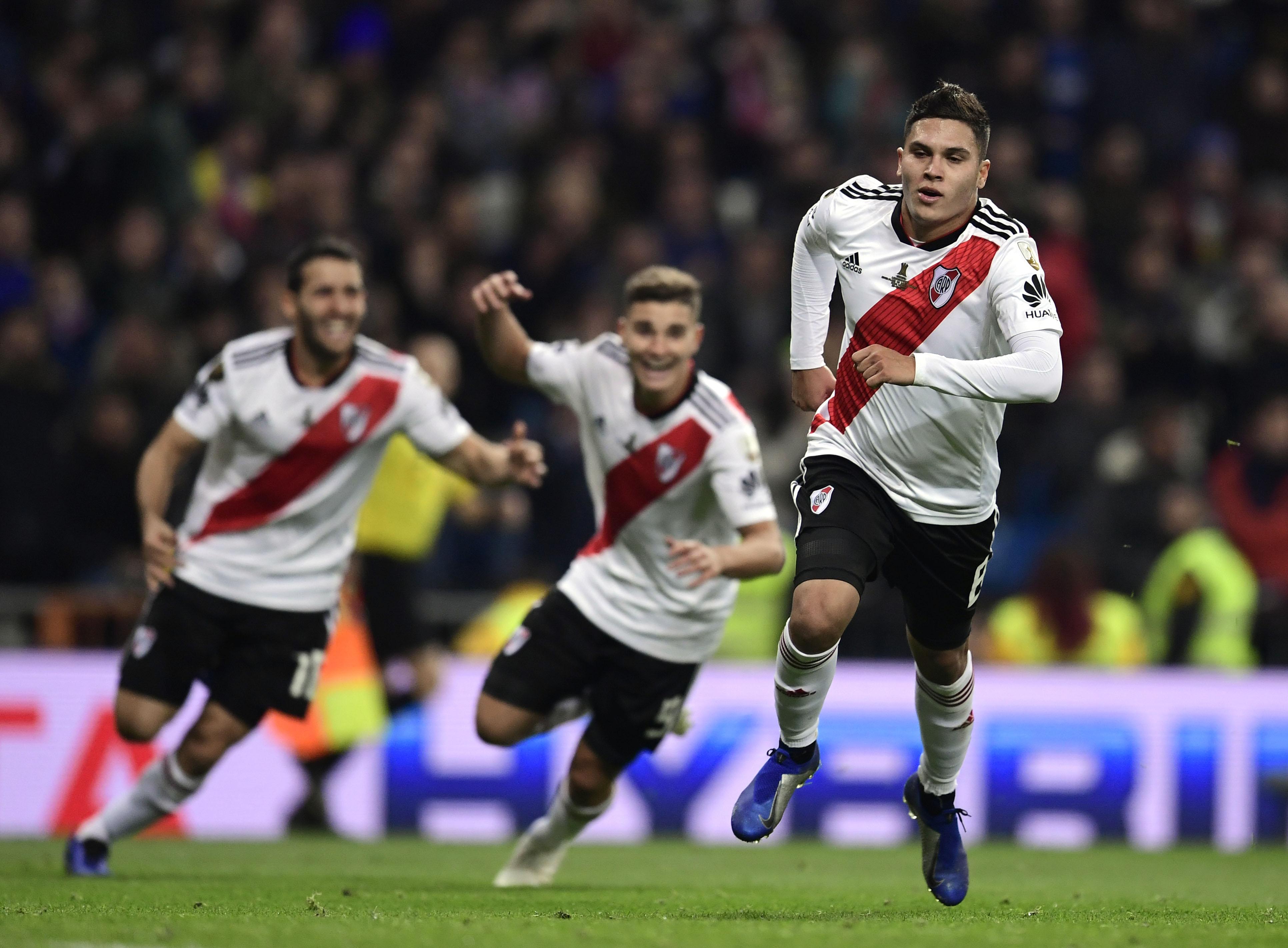 And after being hounded out of Buenos Aires blinded and bloodied by River Plate thugs last month, Boca Juniors were dealt one final blow on the grandest stage of them all.

Flying 10,000km from their native Argentina into the footballing cathedral that is the Bernabeu, Carlos Tevez and his Boca brothers would have still been picturing the scenes.

The broken glass. The horrific taunts. The tear gas. The puking in the tunnel.

Memories that are more at home on a battlefield than what it actually was – a Copa Libertadores second leg at River Plate’s Monumental Stadium. 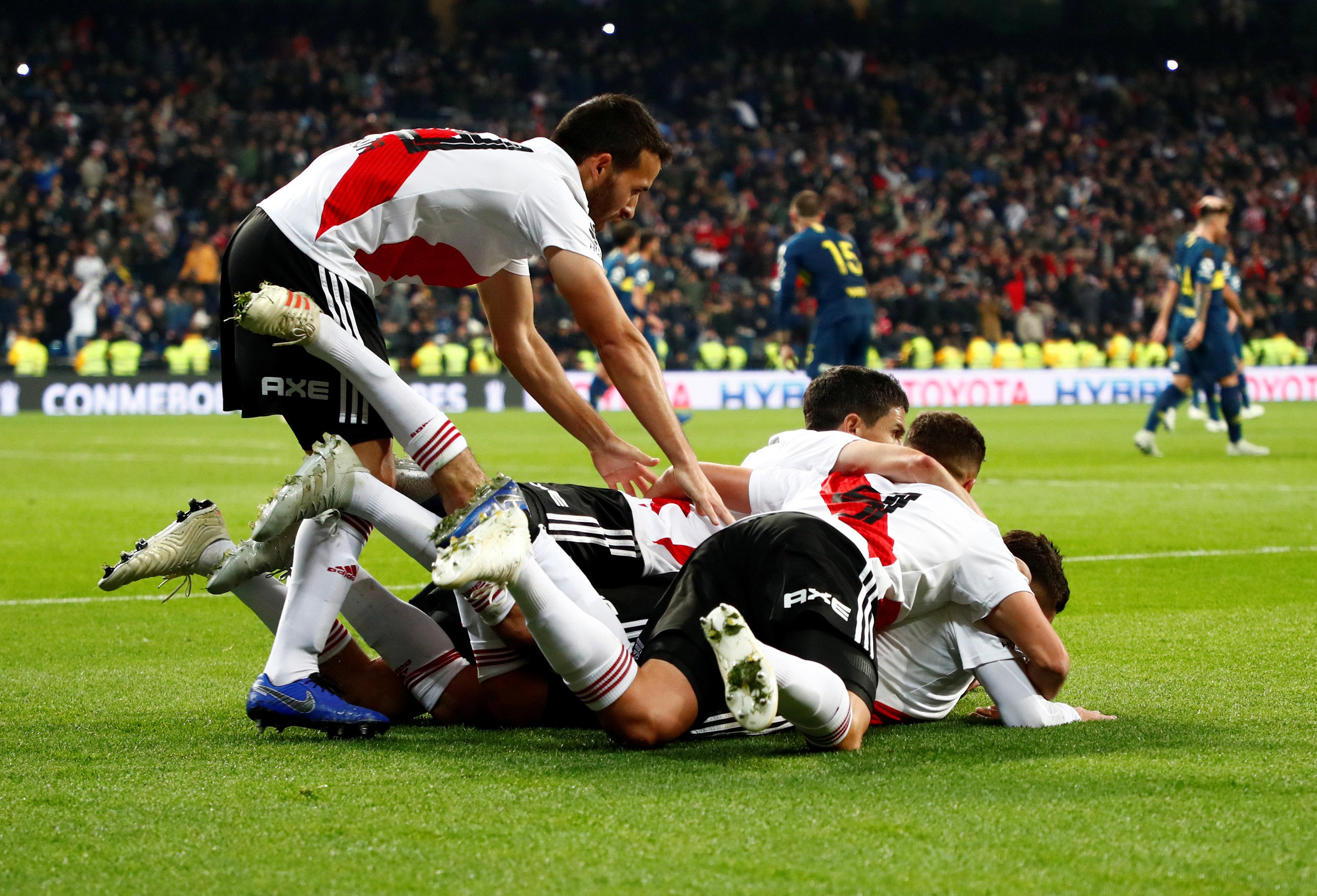 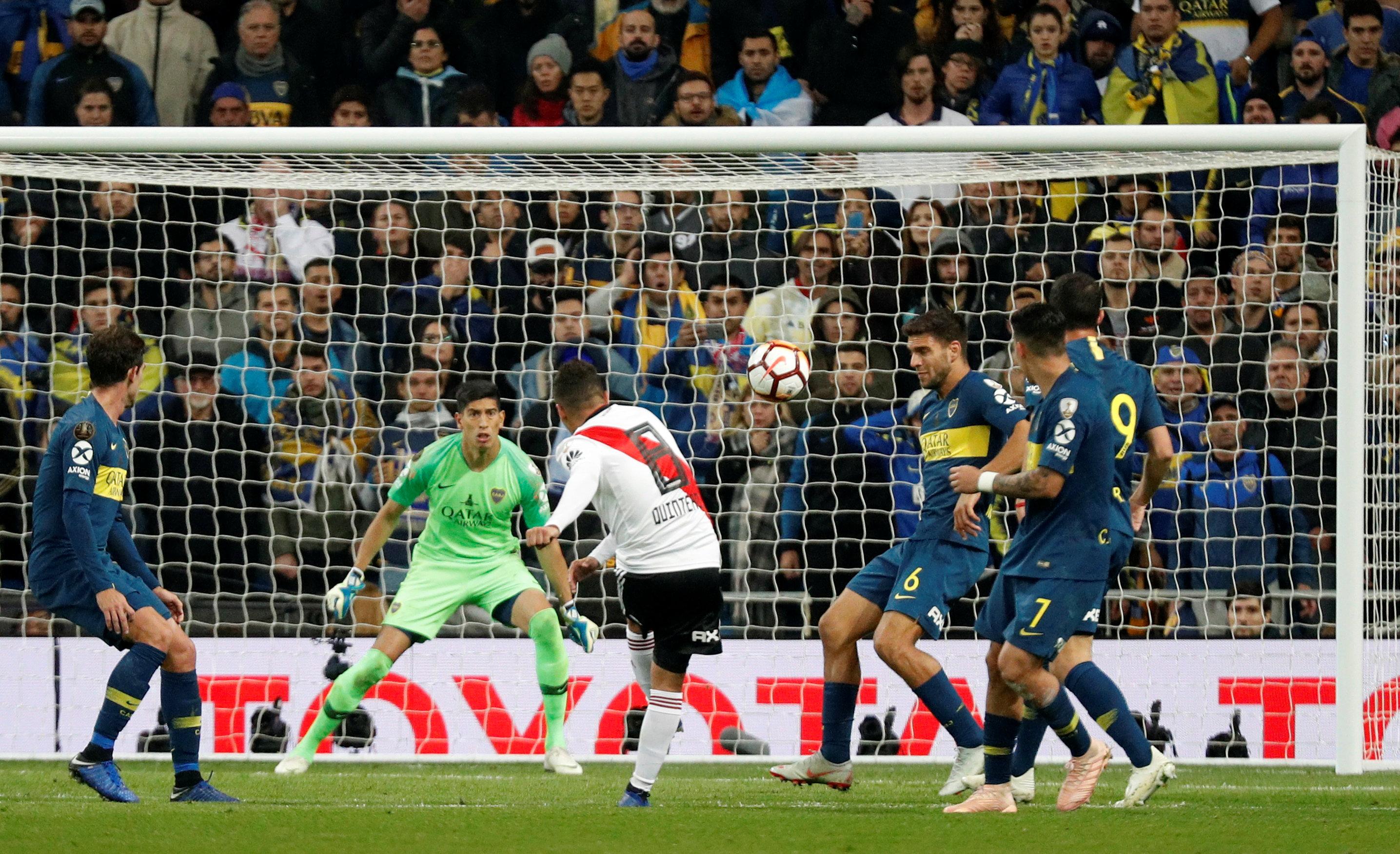 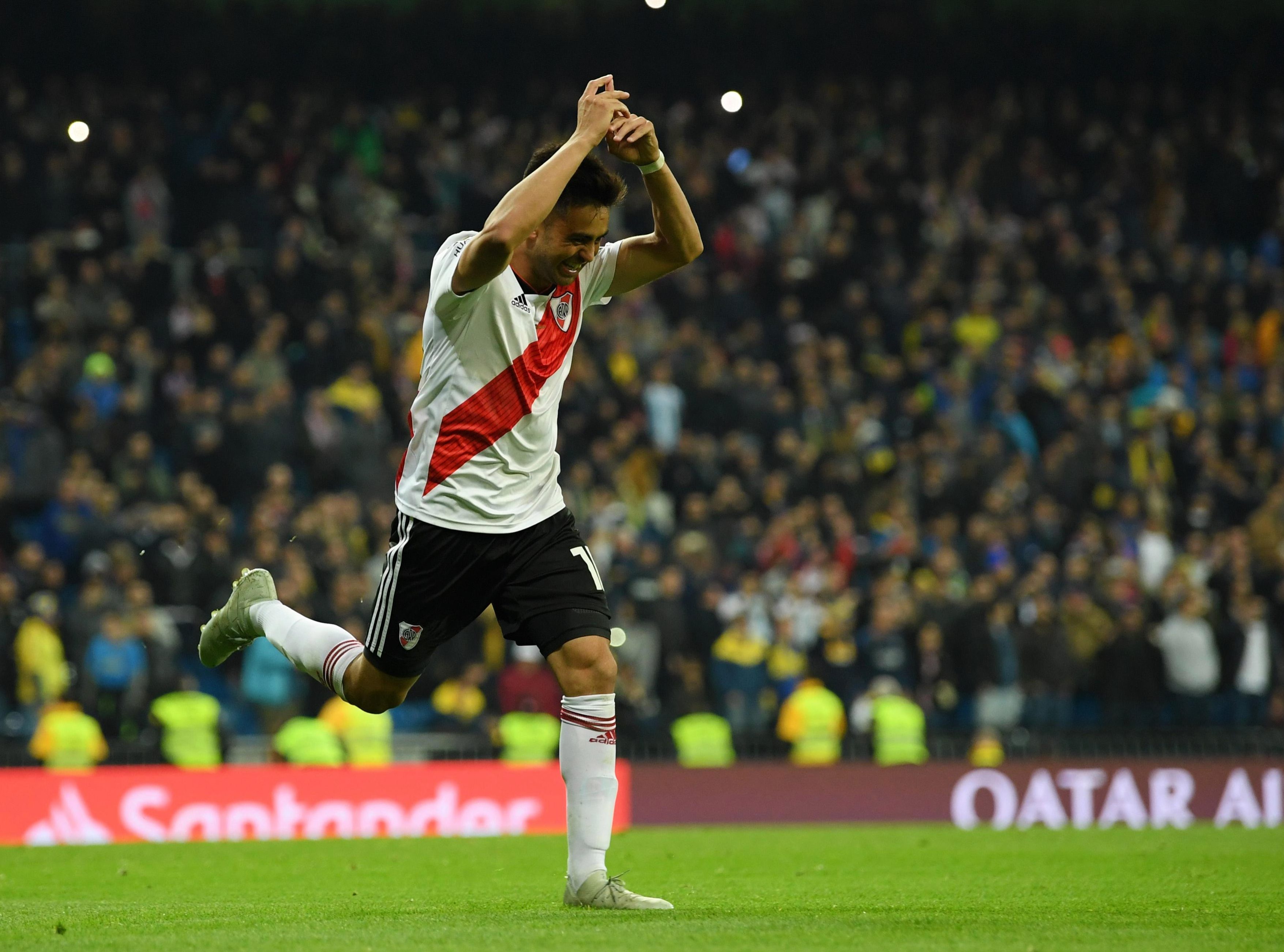 The River fans lay in wait and produced a team bus assault on a scale to which football has rarely ever seen.

For one night only, the hipster derby was given a whole new meaning.

But it wasn’t enough – Juan Fernando Quintero broke Boca hearts with an extra time thunderbolt in one of the most controversial and drawn-out two legged finals in sporting history. 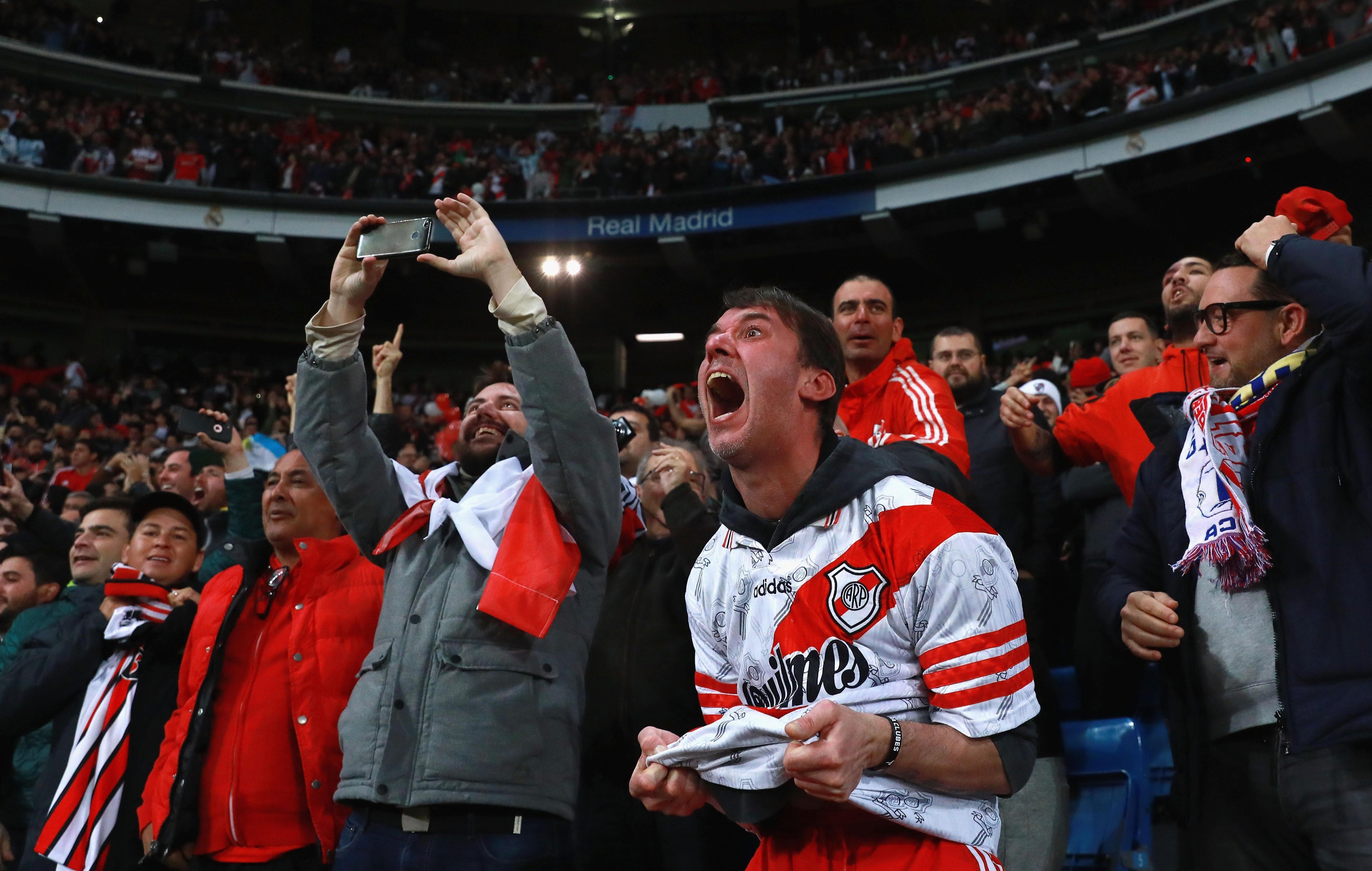 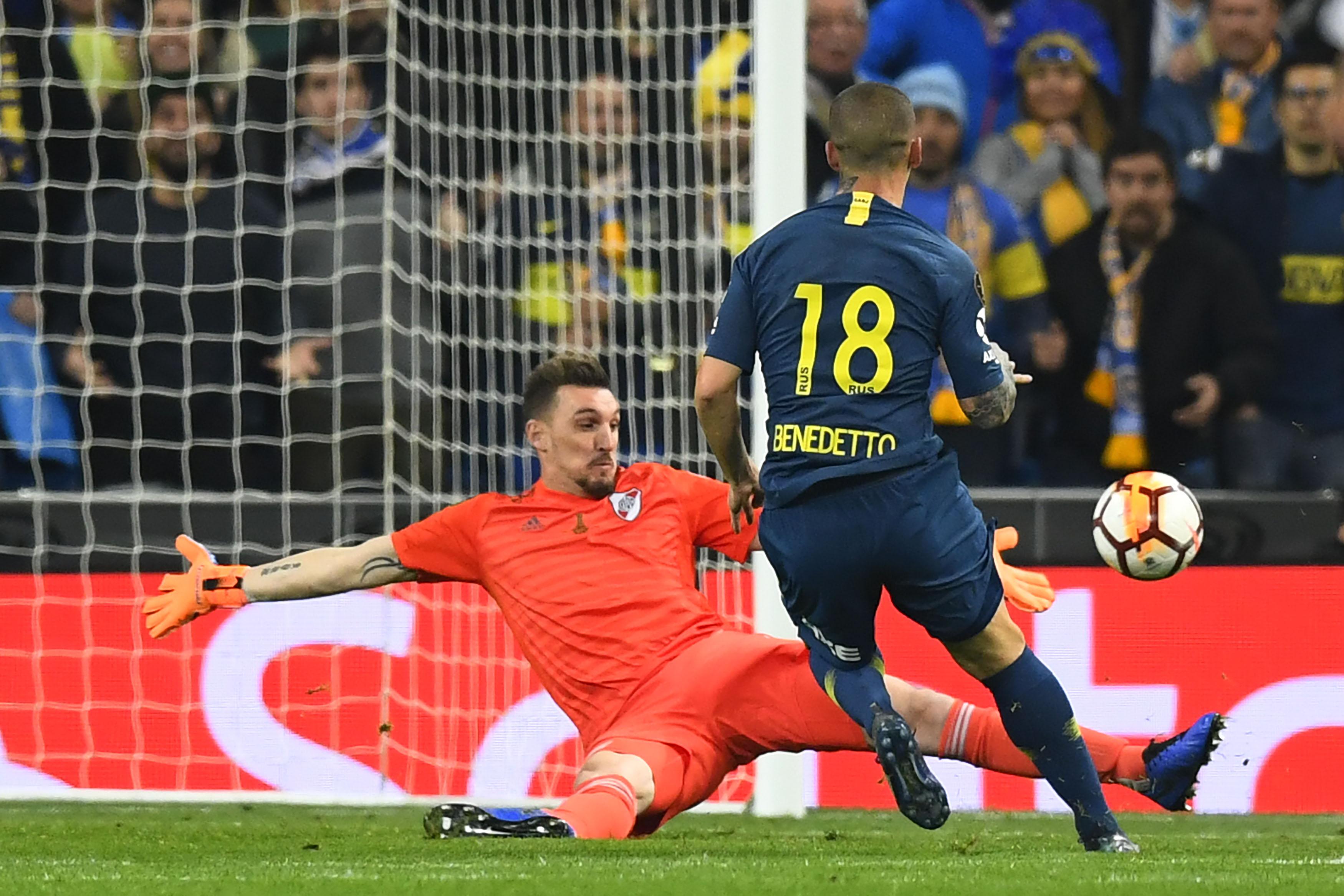 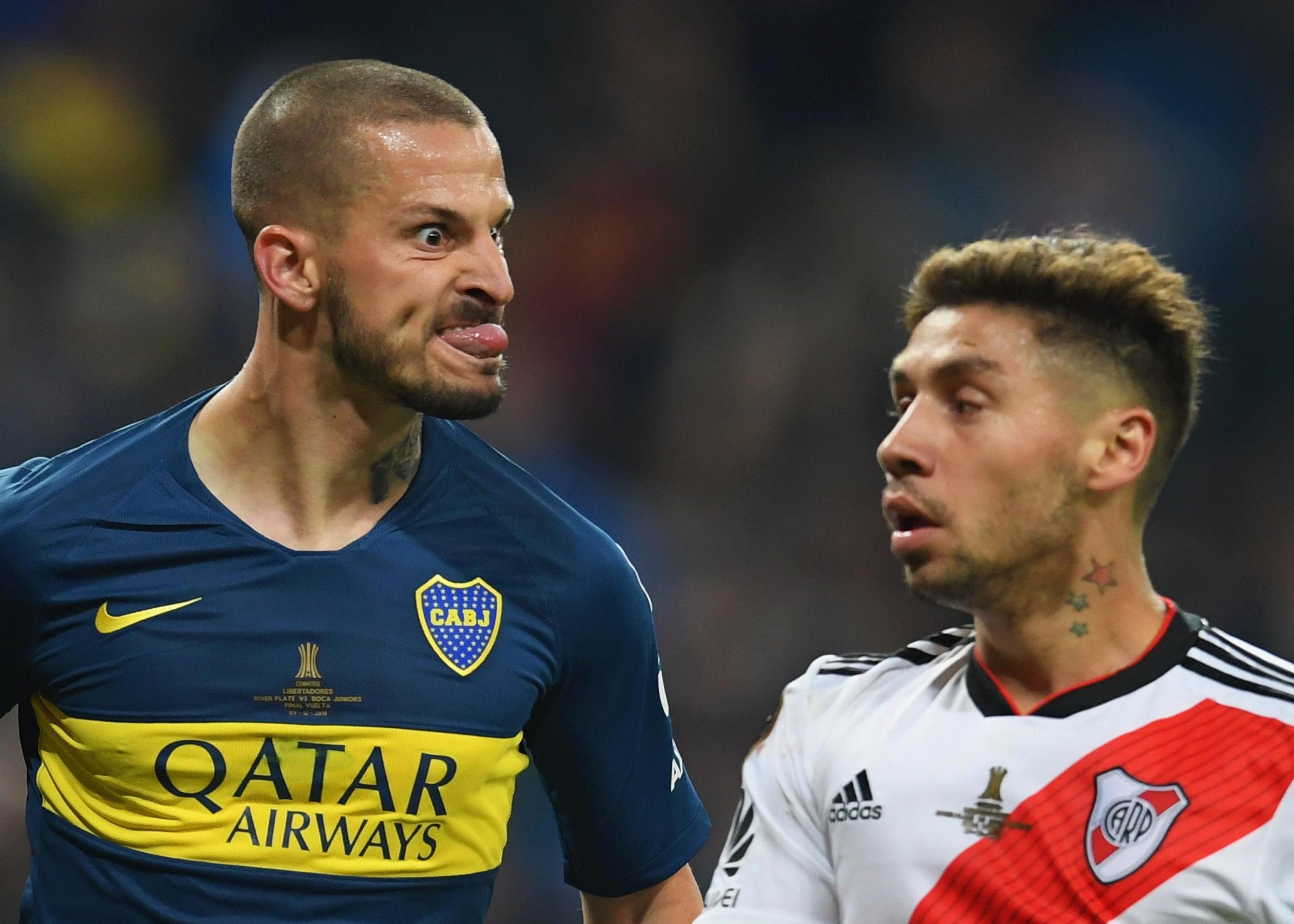 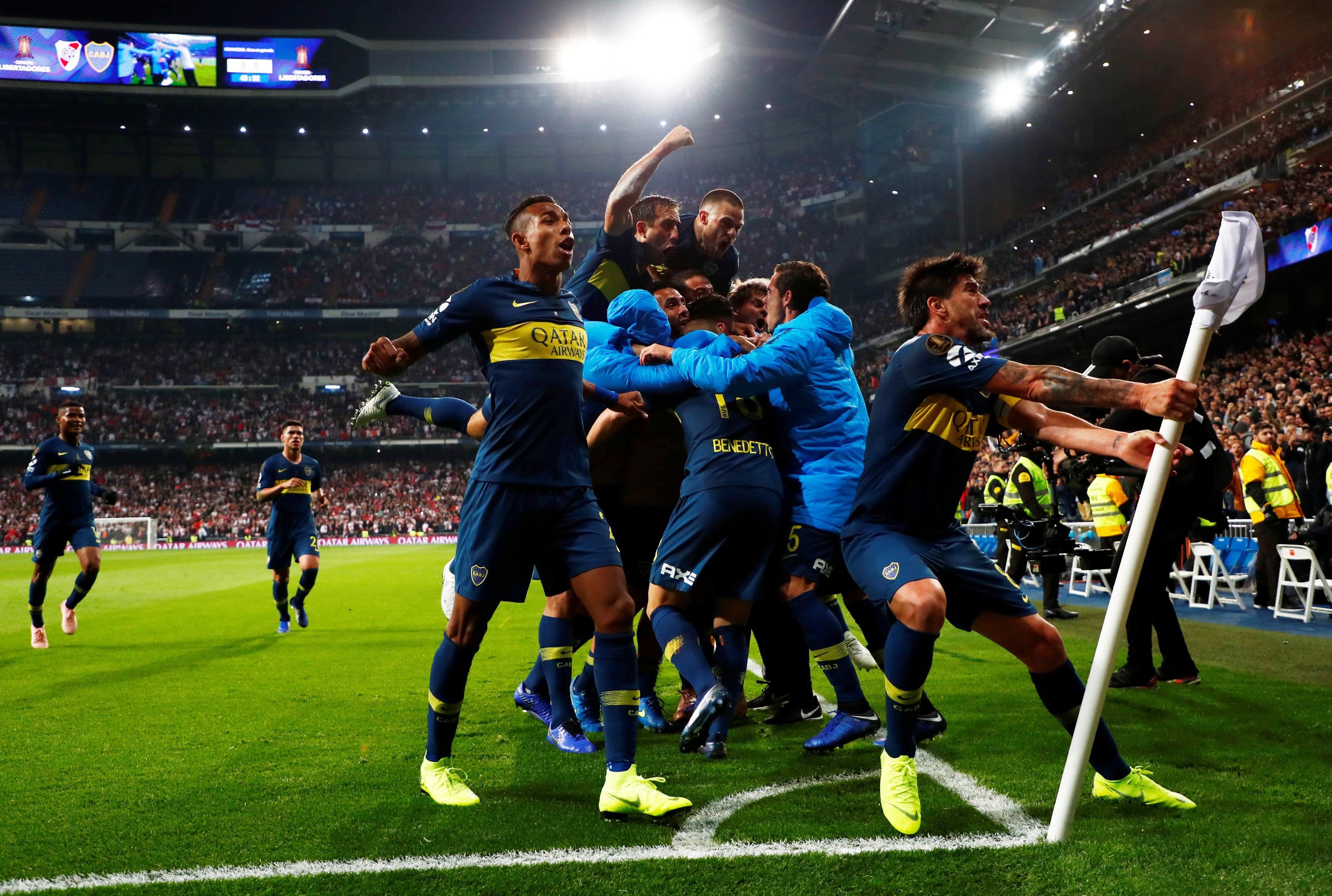 Heart-wrenching for those who travelled to the home of Real Madrid for one of the most anticipated globally spectacles – having already been cancelled twice through fear for player safety.

That didn’t stop the fans flocking half way around the world to watch their beloved side, to which the phrase “support religiously” is an understatement.

The scenes outside the Bernabeu were a stark contrast to the ones witnessed in South America – providing some hope that the chaos and madness was a freak one off.

Boca fan club member Nicolas Mattera admitted many of the fans had either found themselves bankrupt, divorced or both in order to make it.

Some fans eager to catch a glimpse of the historic game had a few less issues – the likes of Lionel Messi, Antoine Griezmann, James Rodriguez and Leonardo Bonucci watching high up in their private rooms, safe from the likely trouble.

Even the Spanish Royal family showed their faces, although the football on show was hardly fit for a king. 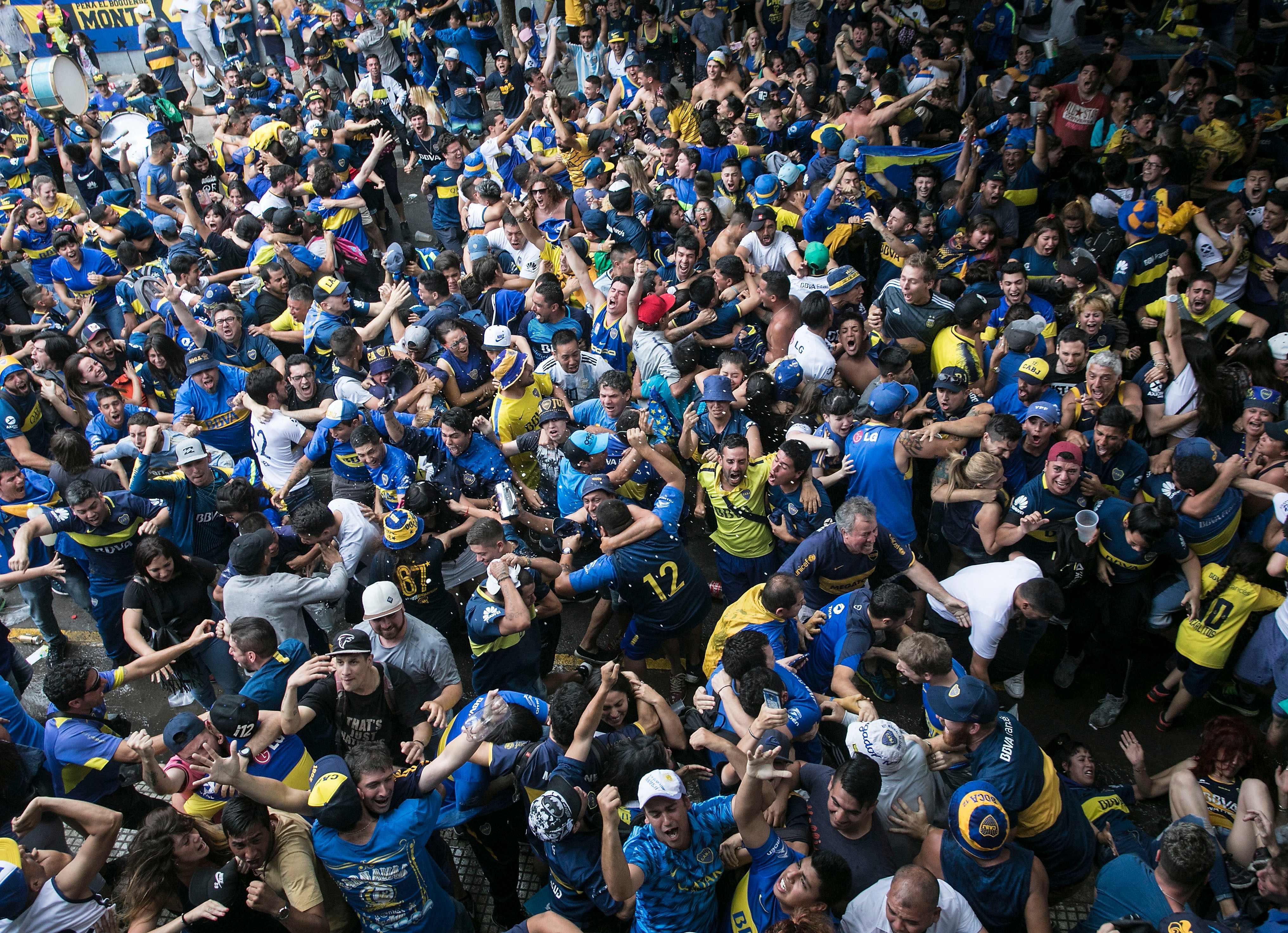 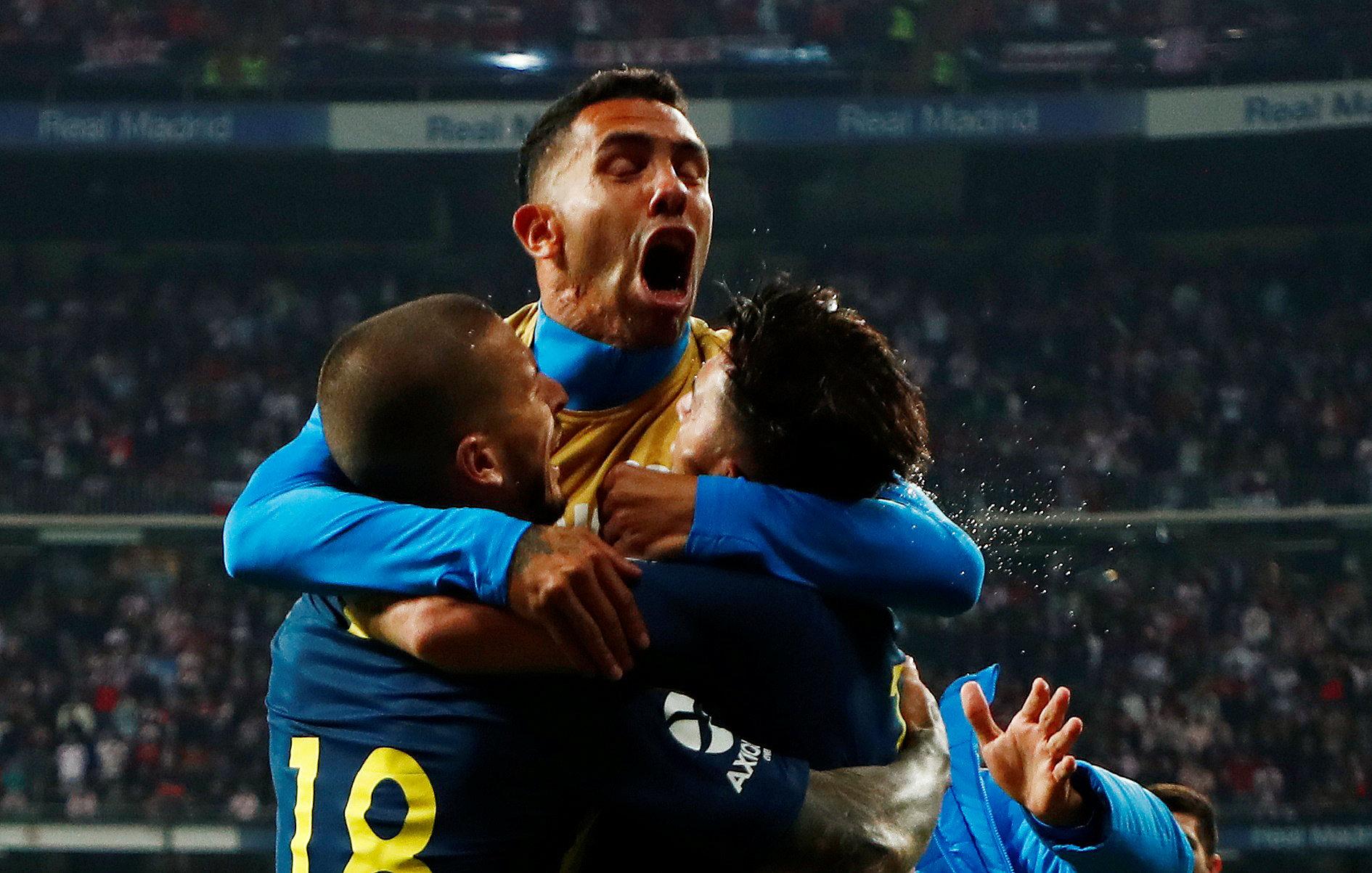 For all the build-up and the furore – and the victims of fan abuse – you could barely string together enough clips for a proper highlight reel.

It’s almost as if the football meant little amid the back-drop of the full-scale trauma these Boca players have experienced.

Pablo Perez was one of the Boca stars left with a bandaged eye following the bus attack – yet he strode out of the Bernabeu with both eyes focused on a memorable win.

His vision was put to the test straight away as he orchestrated the first chance – volleying straight into the arms of River’s Franco Armani.

And Boca continued their onslaught – this one legal and on the grass – for that precious opener, and sure enough it arrived within moments of half time.

Nandez’ super through ball onto the toes of Dario Benedetto allowed him to break from his own half, cut inside and curled into the corner. 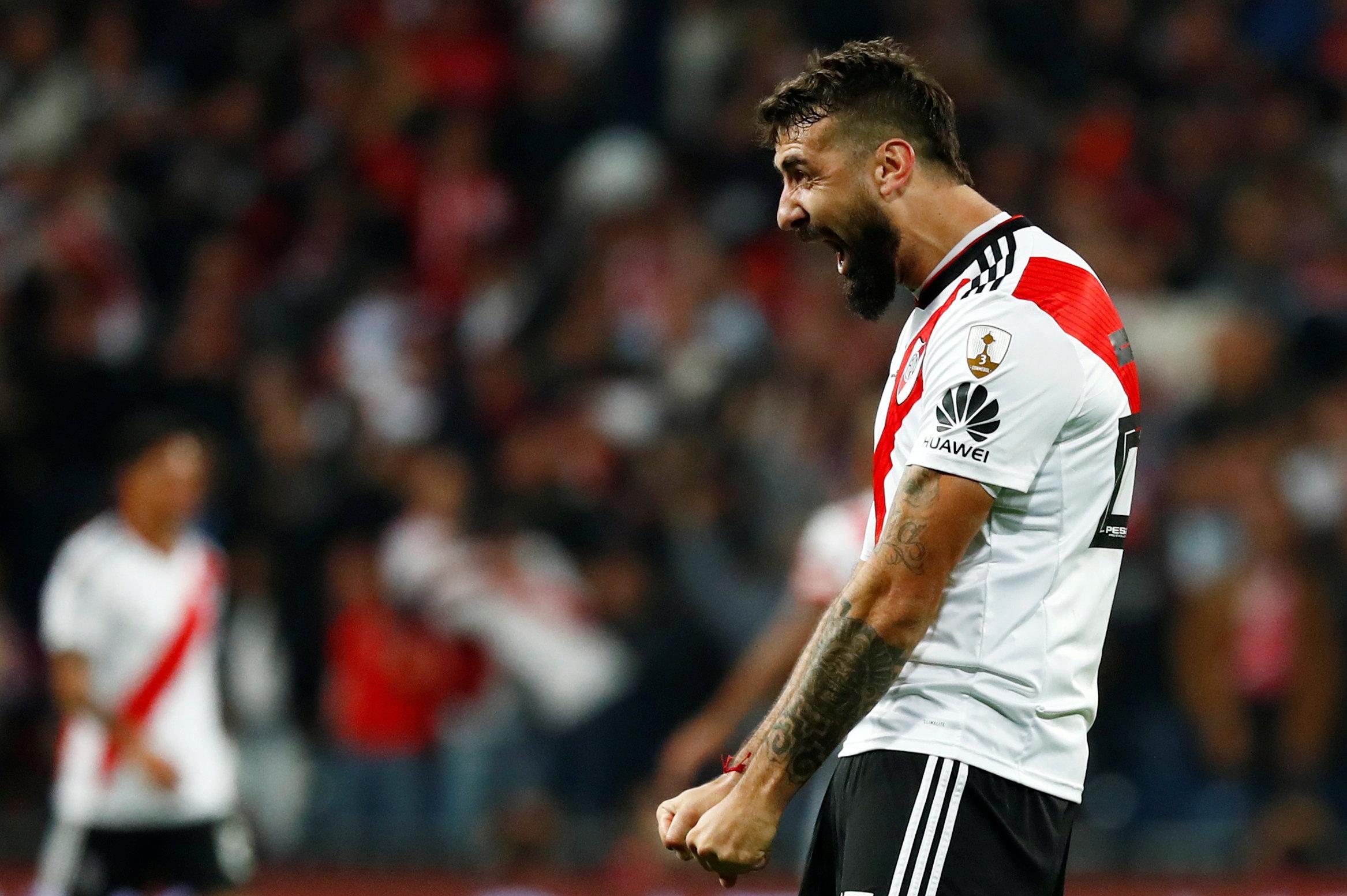 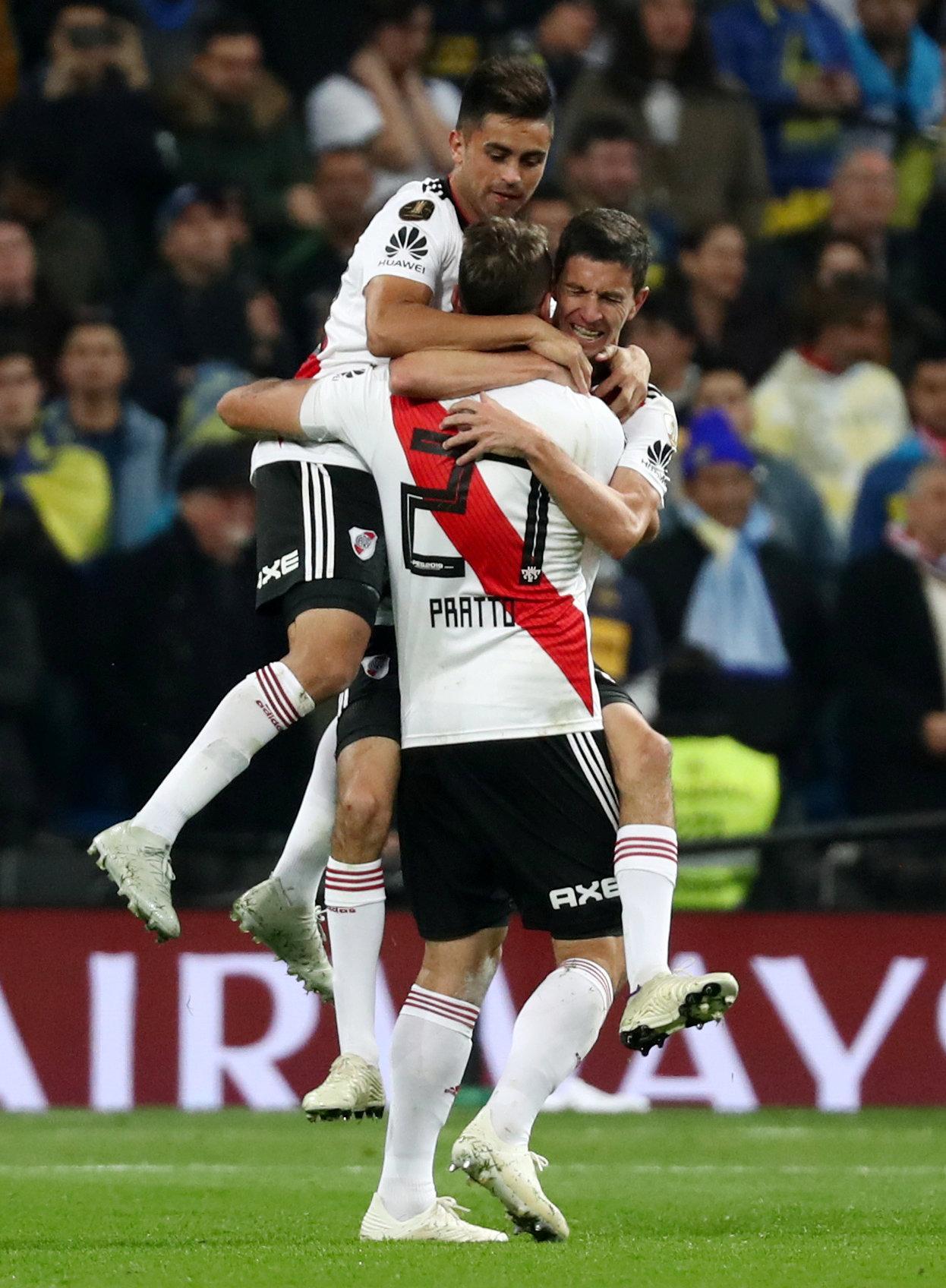 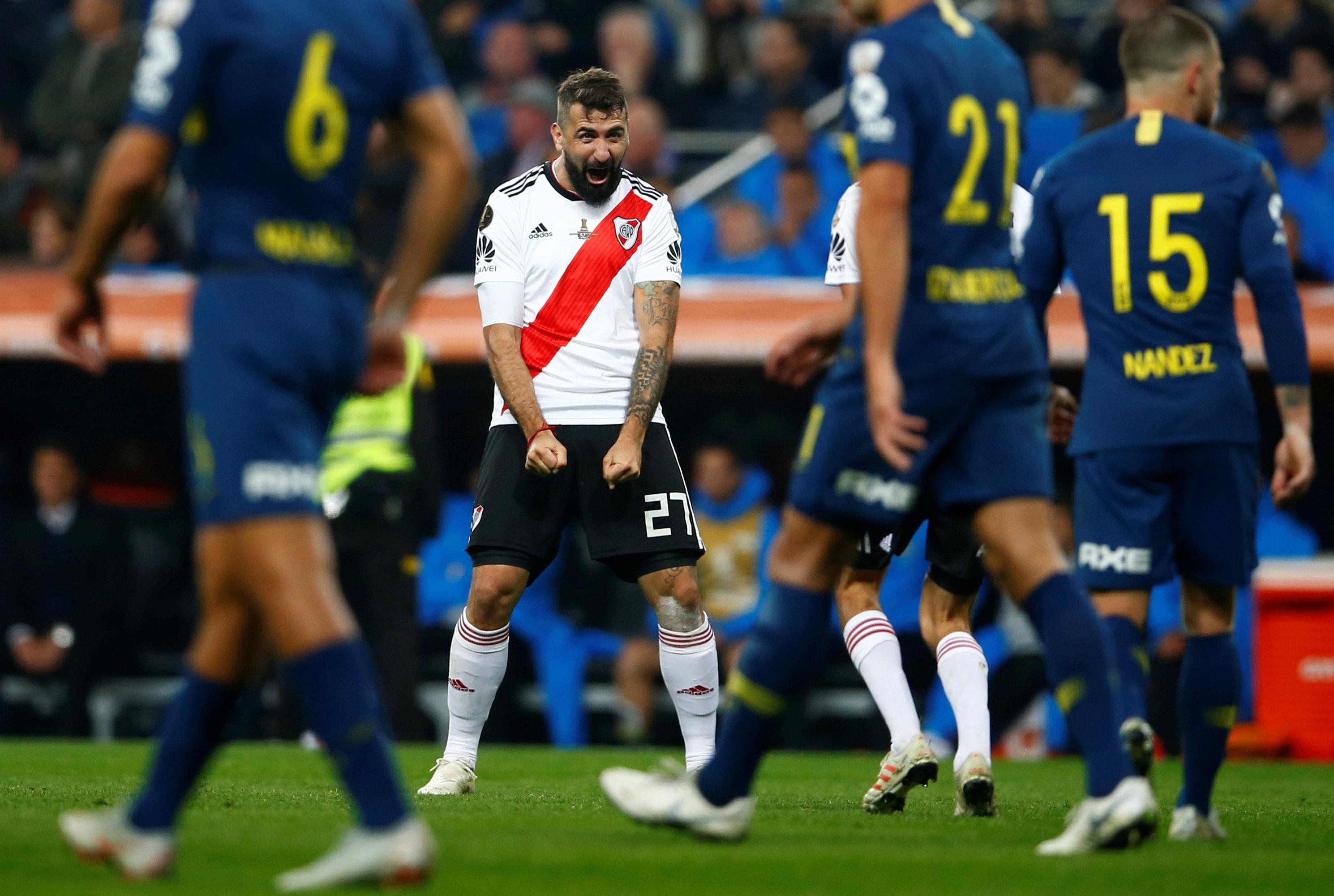 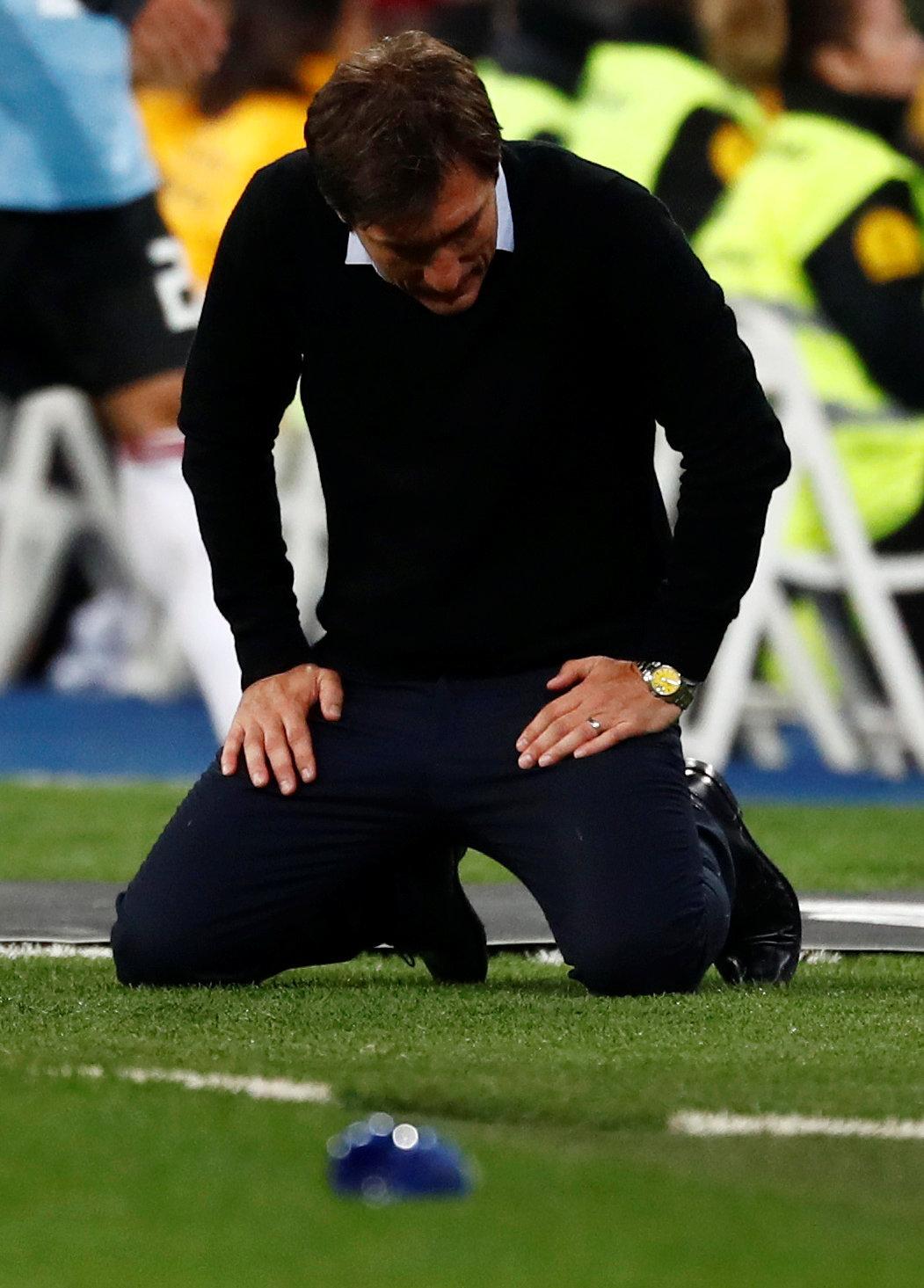 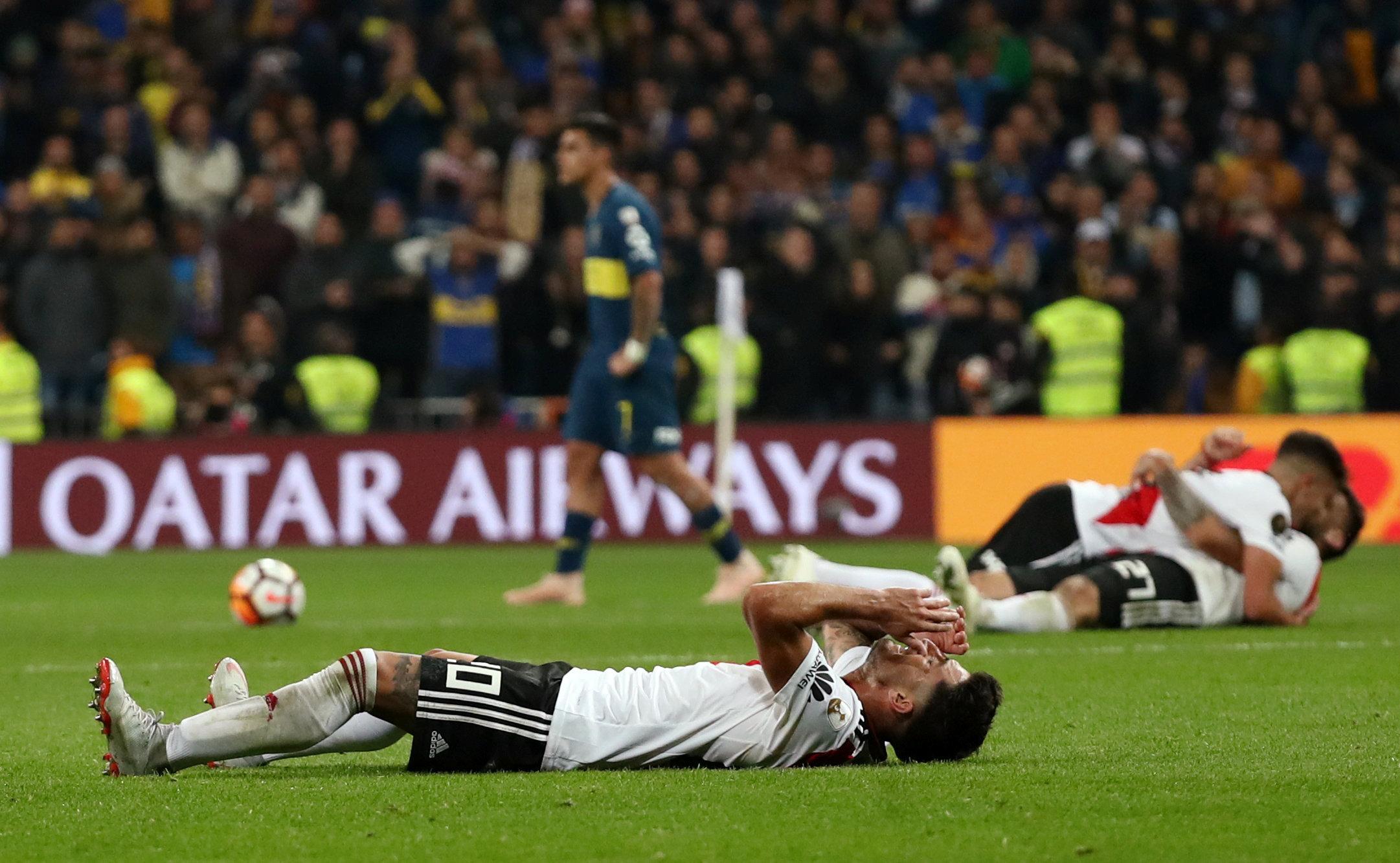 He celebrated by sticking his tongue out – a suitable comeback to being threatened with bricks and missiles over two weeks previous.

You could even have said the footballing gods were with them as Lucas Pratto was denied what looked a blatant penalty after being wiped out by Boca keeper Esteban Andrada.

But River earned their say in the matter though, this time letting their football do the talking to get the leveller – Pratto finishing off a delightful move into an empty net.

It left River fans between states of crazed euphoria and manic sobbing.

With extra time looming, the ferocity from the terraces finally found its way onto the pitch as Wilmar Barrios saw red for a nasty studs up challenge.

And then – in the 109th minute of extra time – Quintero put his name in the history books before Martinez walked into an empty net with a nose-rubbing third.

The game that took so long to get going was finally over.