Rich Paul is regarded as one of the most powerful and very best NBA agents.

Paul, who represents and maintains a close relationship with Los Angeles Lakers superstar LeBron James, participated in a recent interview with The New Yorker and talked about being a Black man in a field that is predominantly white. 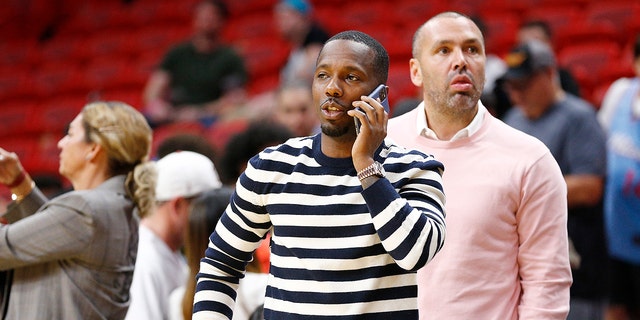 MIAMI, FLORIDA – MARCH 11:  Sports agent Rich Paul looks on after the game between the Miami Heat and the Charlotte Hornets at American Airlines Arena on March 11, 2020 in Miami, Florida. The NBA announced tonight the season has been suspended after a Utah Jazz player preliminary tested positive for the coronavirus. (Photo by Michael Reaves/Getty Images)

“It’s very difficult for me to represent a white player,” Paul told The New Yorker. “It just is. Look around. There’s very few. I represent a player from Bosnia. But, again, he’s international. He looks at it different.”

Paul was asked: “So white players who are American don’t want a Black agent?”

“They’ll never say that,” Paul responded while smiling. “But they don’t. I think there’s always going to be that cloud over America.”