The Three Lions star will be looking to make an impact again after proving to be a crucial part of England's run to the Euros final last year. 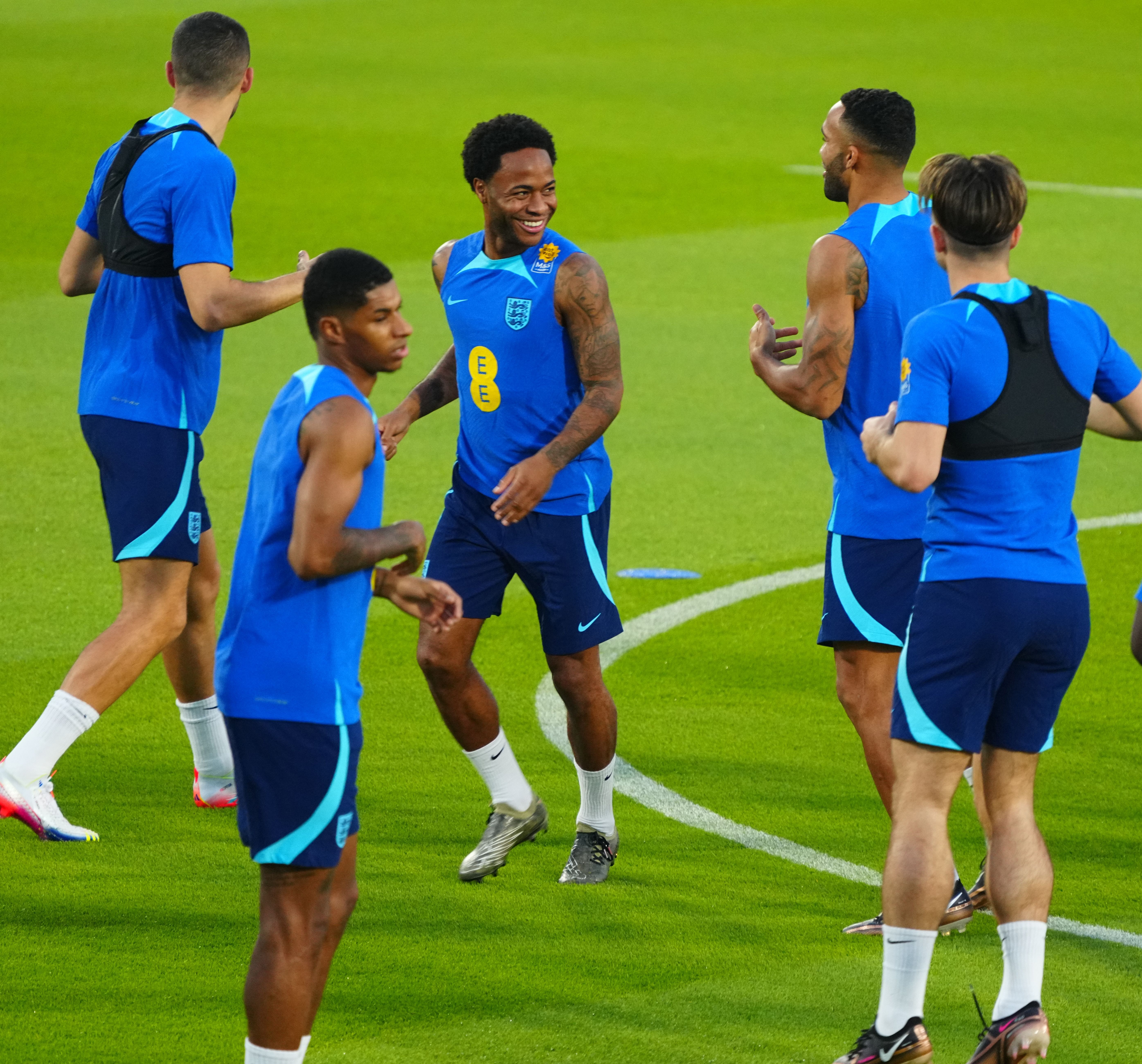 And the pressure will be amping up in the coming days as Gareth Southgate's side look to have another successful tournament.

And ahead of England's World Cup opener against Iran, Sterling has revealed how YouTube and mental health apps are the key to helping him relax in between games.

He said: "One of my favourite apps to get ready for a game is YouTube. I like to escape a little in humour and distract myself from any nerves.

"When it’s closer to the games I like to use my Headspace app and focus on my breathing and try to be present for the game."

Maddison trains away from England squad, Bruno has ‘no problem’ with Ronaldo

The winger, who has netted 19 goals in 79 appearances for England, also revealed a strange quirk he uses to try and keep a scoring streak going.

He said: "If I score, I’ll just try to wear the same trainers with my tracksuit to the next game – and if I don’t score it’s going back in the closet.

"When it comes to really big games, I try to get myself in the mindset of how I’m going to affect the game, and the more I don’t think about the game and go about my everyday life the better, to try to block the noise out."

Sterling, brand ambassador for the Samsung Galaxy Z Fold4, also discussed the inspirations that took him from the playing fields of north London – to playing at Wembley itself.

Tributes as ex-Austrian international, 57, dies after being hit by train

He said: "There was quite a few inspirational people to me – my mum, anyone I shared a moment with being around a football field, they played a part in that as well.

"What’s made me the person I am today is all the setbacks I’ve had, all the ‘can’ts’ – you can’t do this, you can’t do that, you’re not good enough – those sort of things always drive me.

"The way I want to inspire the next generation is to give as much back as I can, that includes time, things I know a lot of communities need, and give back in that sense.

"Not just throwing money out there, but valuable time, and showing young people if you put your time and energy in, what you can achieve."

Sterling was among the players taking part in training in searing Qatar heat – but James Maddison was absent again.