The punter was taking in the top New Year's Day card of racing at the West Country course when ITV cameras picked her out in the stands. 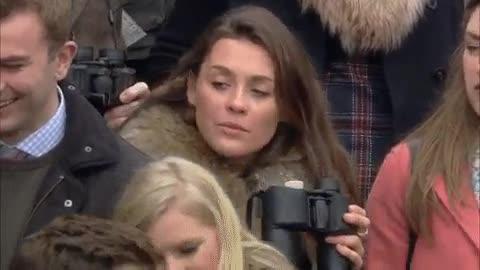 And to the amusement of everyone, just when it looked as though she was about to take a look through her lenses, she guzzled down a mouthful of liquid instead.

The fake binoculars actually contained a drinking flask, and the woman made the most as she sipped out of one of the eyepieces.

People can snap up their own pair for just £18.99 on Amazon – providing a unique way to carry drinks around in person without anyone knowing.

The ones spotted at Cheltenham were similar to the ones used by a cheeky Colombia fan who smuggled drink into a stadium at the World Cup in Russia last summer. 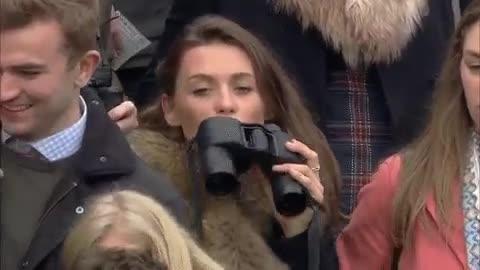 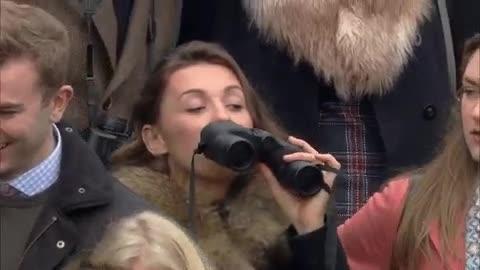 Luis Felipe Gomez was shown on social media drinking alcohol from the vessel having beaten the stadium ban on bringing booze into the ground before the Group H clash with Japan.

But despite getting away with it in Russia, his antics did not go down well back at home where bosses sacked him from his role as a regional manager for an aviation cargo firm.

The efforts of the punter at Cheltenham today drew universal praise from people on social media after ITV tweeted her in action. 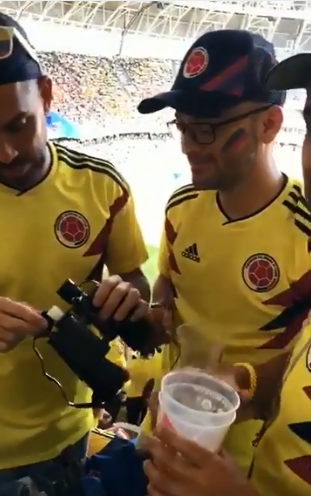 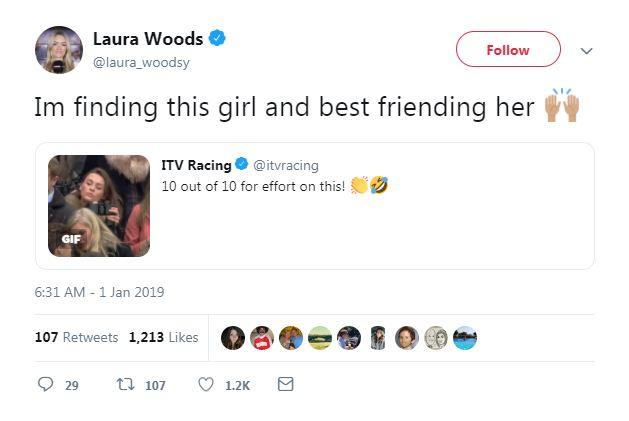