1. Apidae probably holds the key to the race being on debut from the Kris Lees yard. His two recent trials have been contrasting efforts; the first he was all over the place and beaten a long way but the second with blinkers on he led and held a nice margin. If that’s a guide to his ability then he should be hard to beat. 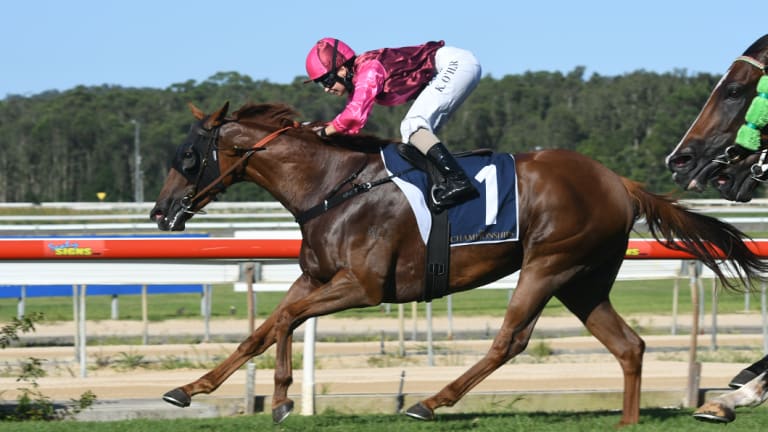 Dangers: 2. First Reading is also in blinkers first time and she’s out to break a run of six placings. She’s had every chance in both starts this time in so there’s a bit of pressure on the blinkers to make the difference. On paper this is an ideal chance for her but she’s too short for me. 5. Outward has put two solid efforts together in similar events and it took a long time for her to be shaken off when runner-up at Newcastle a couple of weeks back. She could be placed again. 4. Ikara Miss made some ground without threatening when resuming and while she is probably looking for a bit further she’ll be fitter and is open to improvement.
How to play it: Apidae to win.

3. Snitzel Day won’t find a better opportunity to post another win. Improved showing second-up on a heavy track at Warwick Farm where he probably wasn’t comfortable and won’t know himself back in a class 2. Five months ago he ran second to Paret at Rosehill so anything like that effort will see him home. Main query obviously is just the two wins from 14 starts.
Dangers: 2. Fuchu is a locally-trained gelding on the way up this time in and got the job done as a short-priced favourite at Newcastle second-up. Coming back 50m is probably not ideal but drawn well for the first time this prep and should have every chance. 1. Cuba started favourite when he resumed over this course in a class 4 and was a bit weak late after hitting the front. Second-up record is a worry but down in grade and can’t be left out. 6. Uber Lux hasn’t done a lot wrong in six starts though her best efforts have been at a mile. Safely held though not tested in a recent 1200m trial and she’ll improve on whatever she does in this race.
How to play it: Snitzel Day to win, trifecta 3/1,2,6/1,2,6.

3. Intense Focus returns as a gelding after showing some ability in his first preparation. Raced wide on debut and wasn’t disgraced then won a maiden well. Outclassed at group level before a break. Held together in his trial behind Sylvia’s Mother at Rosehill and he should be competitive in what looks a good race.
Dangers: 2. Battle Cry couldn’t have been more impressive as he raced clear to win fresh at Gosford after sitting outside the lead. Drawn perfectly to be in the firing line again here and if he’ s above average he will be hard to beat again. 1. Osorno didn’t do a whole lot fresh at Warwick Farm when a drifter in the betting. He’s a bit hot and cold but if they overdo it up front he’ll be the one with the last shot at them like his only win to date at Warwick Farm in July. 4. Lady Of Shalott only had the one run last time in and it was over this course where she went down fighting in a class 2. Latest trial probably not a great guide as she wasn’t tested so the market will be a good pointer to stable confidence.
How to play it: Intense Focus each-way.

13. Taken Everything is a little on the short side on debut but she did it in fine style winning her only trial at Rosehill a couple of weeks ago in good time. This looks a winnable race and you’d expect her to be on the speed somewhere based on the trial. Hard to beat.
Dangers: 9. Decor contested the trial won by Taken Everything and finished third there. It was her second hit-out and she was safely held but trials can be misleading at times. Drawn out but not far from the favourite so it’ll be interesting to see where she lands and not counting her out for an upset. 1. Montana Thunder was a well-supported favourite at his second start and boxed on for third suggesting the drop of 1000m could be in his favour. He was only caught late on debut so an each-way chance here at least. 2. Looksea posted a career best effort first-up at Newcastle where he had some support and led but was run down. Safely held the third horse and will be fitter. One of the chances.
How to play it: Taken Everything to win, quinella 9 and 13.

1. Seababe has been a bit hit and miss but there was plenty of promise in her first-up effort at Newcastle to suggest she is in for a good preparation. She ran some sound races in midweek city class last time in but this class is more like it. The mile suits, drawn well and if it’s not one run too soon she should go close.
Dangers: 2. Zeppelin is back in grade after a midfield finish at Warwick Farm where he held his ground without really being a threat. Maiden winner three back then took out the Bong Bong Picnic Cup. He should be around the mark here. 4. Magic Search has mixed her form this time in. Led and fought on at Hawkesbury two starts back but was no march there last time around after leading again. Likely leader here and could take catching. 3. Ladies’ Gem backs up after failing on the heavy track at Kembla on Saturday and that’s probably best overlooked. She won impressively here the start prior and if she can repeat that effort she’s in the mix. Note he was safely held by Zeppelin when they last met.
How to play it: Seababe to win, quinella 1 and 2.

6. Spanish Dream appears well placed back to provincial level after two very good efforts in city class since her second-up win. Just failed at Canterbury then onto a heavy track she wasn’t quite as effective but still stayed on for a close third. Drops 2kg, races on or near the speed and she’s clearly the one to beat.
Dangers: 2. Excelling didn’t fire on the heavy track at Warwick Farm last start and that run is best overlooked. Every chance when placed at Canterbury second-up but would only need to repeat that to put himself in the finish. Well worth another chance. 5. Shantou has the tricky gate to overcome but she gets the blinkers on and is fitter for two runs back. Ran on into fourth from the back behind an in-form filly last start and with any luck she can be in the finish. 9. Sizzled looked to struggle to shake off Outward, which races earlier in the meeting, when a very short-priced favourite at Newcastle first-up. Got the job done but a lot more depth here so has to be a risk at the price. But has the inside so if he’s going to measure up will have every opportunity.
How to play it: Spanish Dream to win, trifecta 6/2,5,9/2,5,9.

8. Epic Dan can run a nice race first-up at each-way odds. He’s been going around in open class country races and higher benchmark events but has found a wide open BM64 with an inside gate over the short course. He wasn’t asked for anything in his trial for an apprentice and he should be competitive at this level.
Dangers: 5. Battle Anthem led all the way to break his maiden when resuming at Kembla and the runner-up has since won impressively. He’ll be forward from a wide gate and can only be fitter so expect him to run well again. 7. Crimson Ticket disappointed at Canterbury last start but her previous two starts this time in had merit and she’s worth another chance. Ran a close second over this course in July. 3. Four More Millers will drift back from the wide gate and run on as he did first-up at Gosford in a similar event. No harder here and is an each-way chance.
How to play it: Epic Dan each-way.