THE undefeated Quadrilateral will face 14 fillies in the QIPCO 1000 Guineas on Sunday.

Roger Charlton's exciting three-year-old preserved her 100% record with a gutsy win in the Fillies' Mile when last sighted in October. 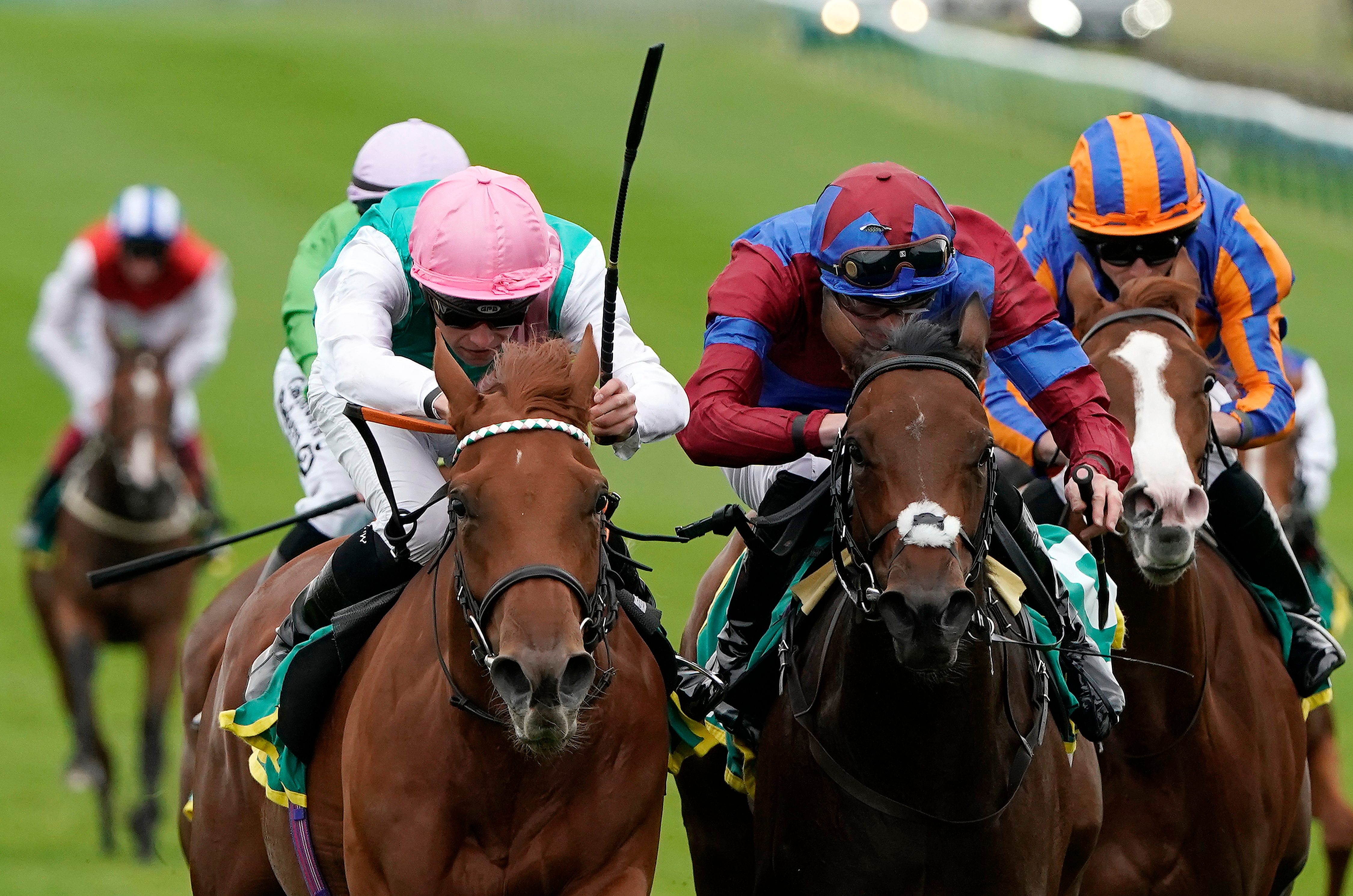 She has been the antepost favourite for the Guineas ever since and will be ridden by 20-year-old Jason Watson, who is chasing a first Classic success.

Aidan O'Brien has won the race three times in the last four years and is usually mob-handed, but this year he relies solely on Moyglare winner and Fillies' Mile third Love.

There is further strength to the Irish challenge, with the impressive Cheveley Park Stakes winner Millisle set to represent Jessie Harrington.

The daughter of Starspangledbanner will be ridden by champion jockey Oisin Murphy for the first time this weekend.

Mark Johnston, who sent out Attraction to win the 1000 Guineas in 2004, is set to saddle Raffle Prize and one of the outsiders in Rose Of Kildare.

Frankie Dettori was due to ride Raffle Prize, but he has since switched to ride John Gosden's promising filly Shimmering.

The Richard Hannon team enjoyed victory in this race two years ago, courtesy of Billesdon Brook, and this time they rely on Cloak Of Spirits.