THE most controversial World Cup ever kicked off tonight in spectacular style with a stunning opening ceremony in Qatar.

The light-filled show took place at the Al Bayt Stadium before hosts Qatar take on Ecuador at 4pm in the tournament's first game. 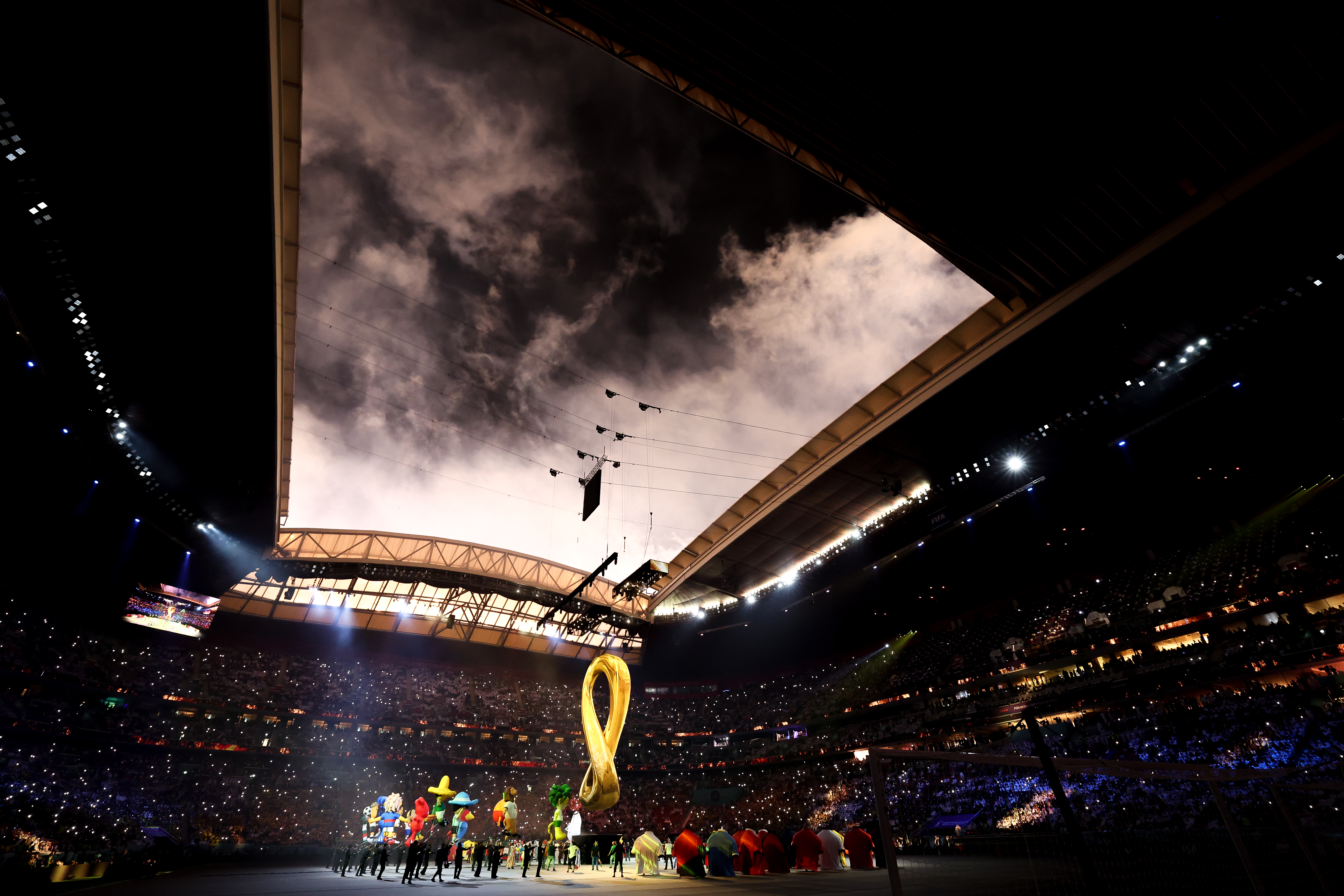 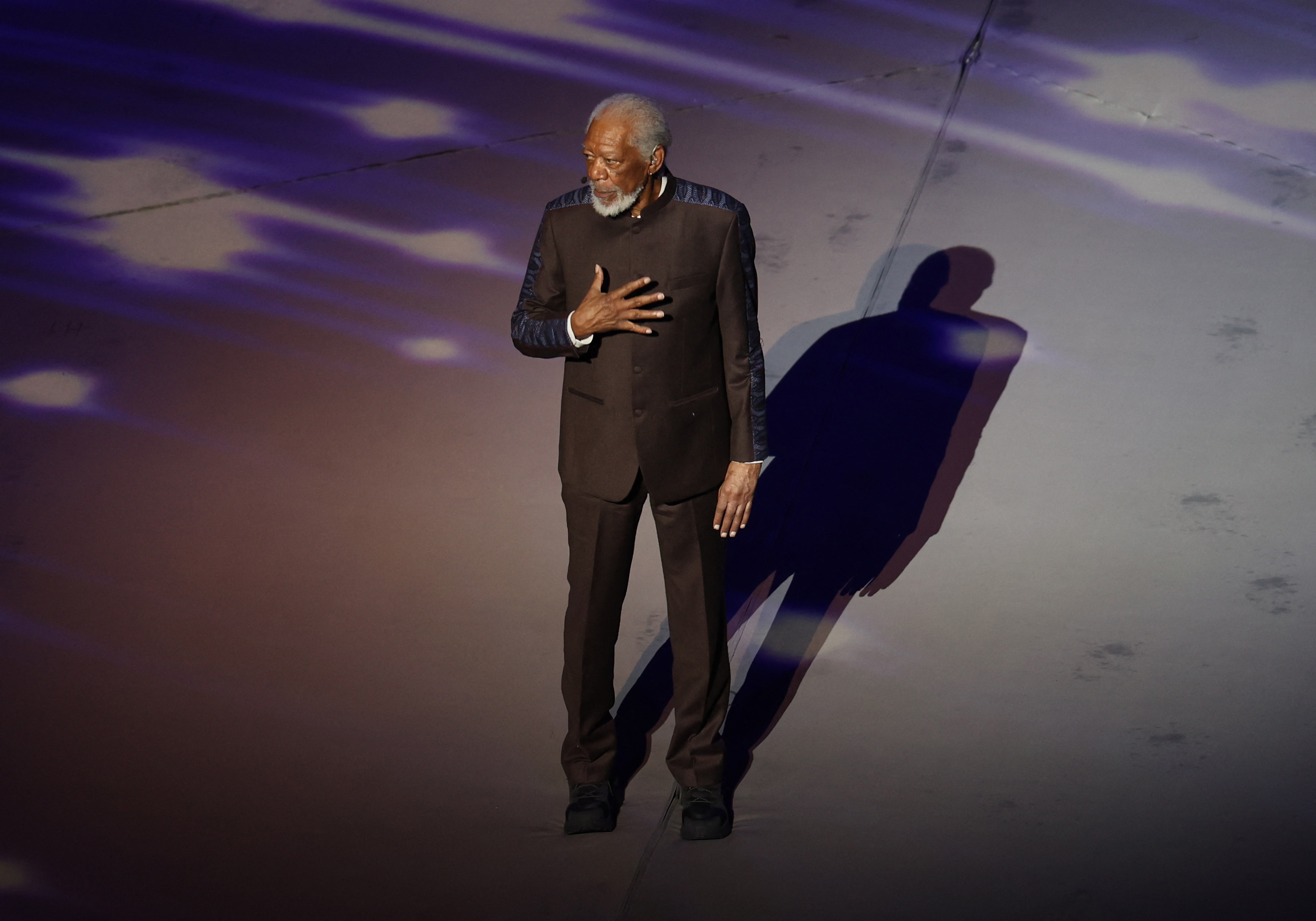 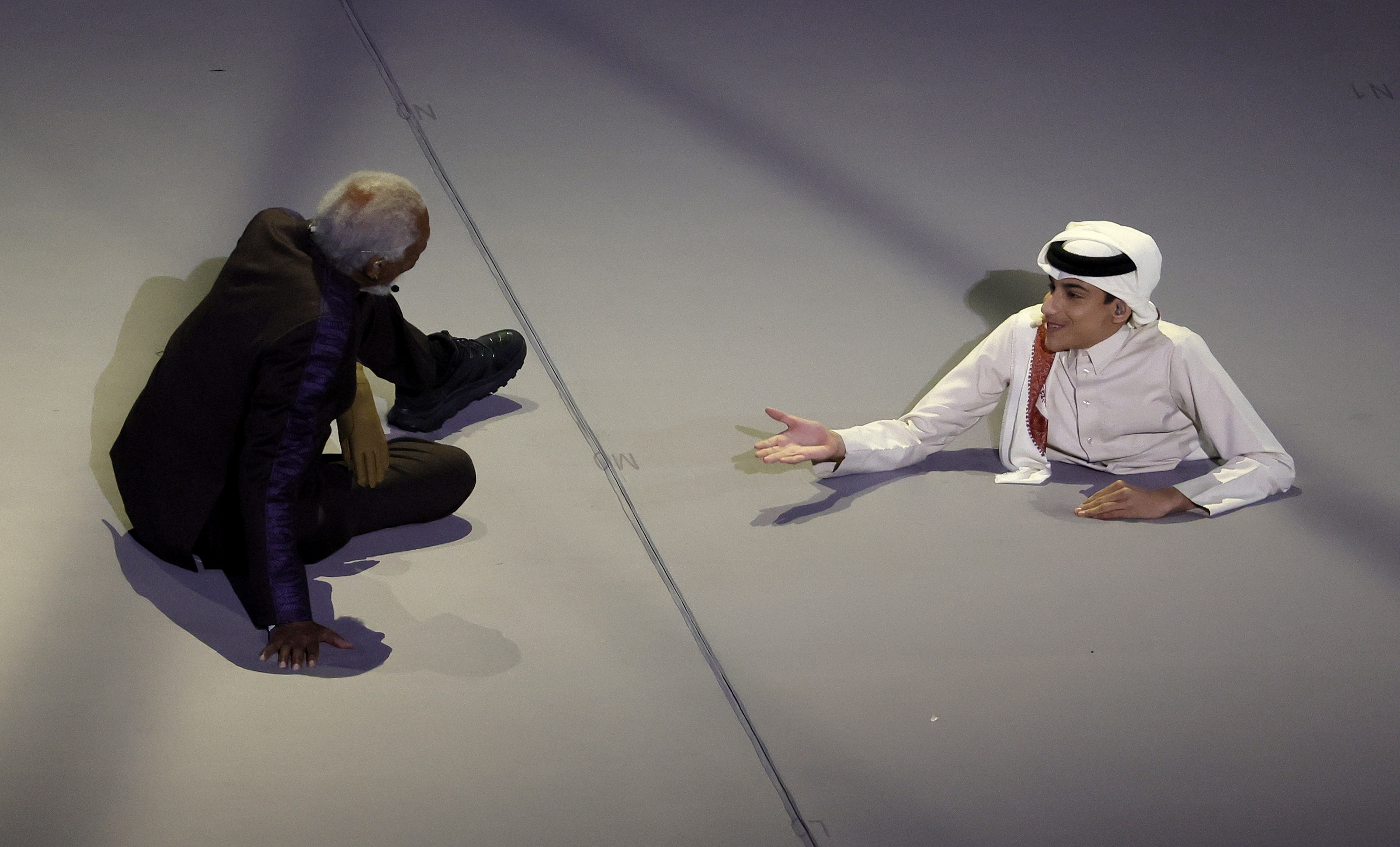 Fireworks lit up as the stadium as the country attempted to brush off the scandals it has been dogged by in the first-ever winter World Cup.

The impressive pyrotechnics turned the sky pink and orange as jubilant fans partied in the stands of the brand-new arena.

Actor Morgan Freeman made a surprise appearance – telling the 60,000 gathered fans that the tournament is open to the whole world.

But there was confusion as the BBC failed to broadcast the stunning show – meaning Brits missed out on seeing the stunning display.

Read more on the World Cup 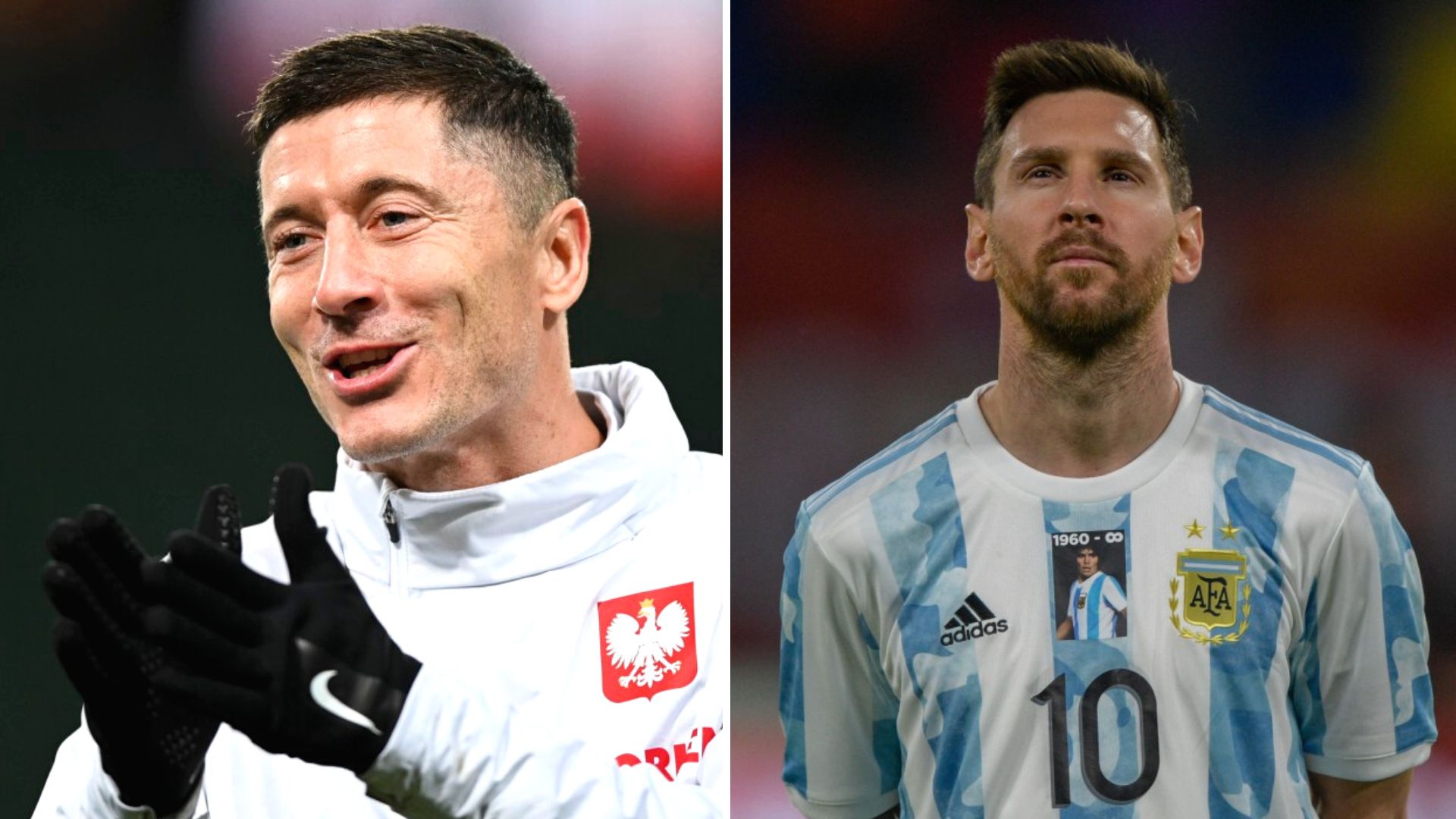 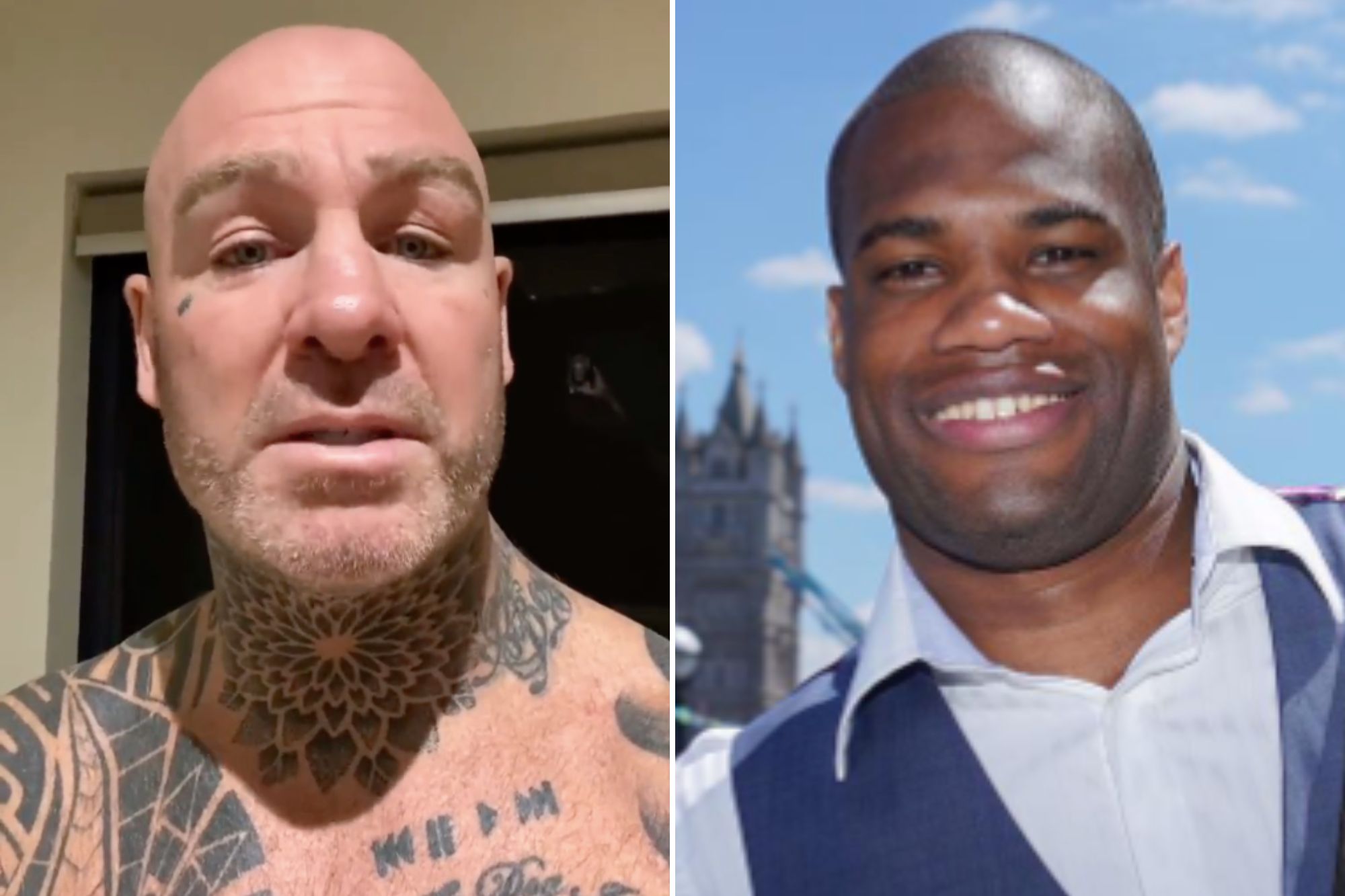 A sea of flags representing all 32 teams were waved across the arena punctuated by fan chants from around the world.

There were also bouncing, former mascots being puppeteered from stage hands below – including a giant lion for England.

They were joined by the Qatar World Cup mascot La'eeb, which comes from the Arabic word meaning super-skilled player.

NIP IN THE BUD

After the formalities, all eyes will turn to the 2022 World Cup curtain-raiser between the hosts and the South Americans.

The Qataris had never qualified for a World Cup before, but are the current Asian champions so will expect to put up a good fight in front of their own fans.

Elite leagues around the world have paused to allow the best players to head out to the Middle East to do battle for the most prestigious trophy of the lot.

Meanwhile, England will get their World Cup campaign underway tomorrow when they take on Iran.

The Three Lions will face Iran, USA and Wales in Group B as they look to make it to their first World Cup final since 1966.

Qatar has a population of less than three million but is expecting an influx of 1.2million football fans.

The tournament is planned to last just 29 days – making it the shortest World Cup since Argentina in 1978.

It has been marred by controversy – from allegations of corruption to outrage over the country's human rights practices.

Thousands of migrant workers have reportedly died in the Qatari construction industry since the World Cup was awarded to them in 2010.

Some football players have also raised concerns over the rights of fans travelling to the event – especially LGBT+ individuals and women, who rights groups say Qatari laws discriminate against.

In Qatar, being gay is illegal and is punishable under the country's penal code with up to seven years in prison or even the death penalty for Muslims under sharia law.

A tournament ambassador for Qatar was recently slammed after describing homosexuality as "damage in the mind" less than two weeks before the contest kicks off. 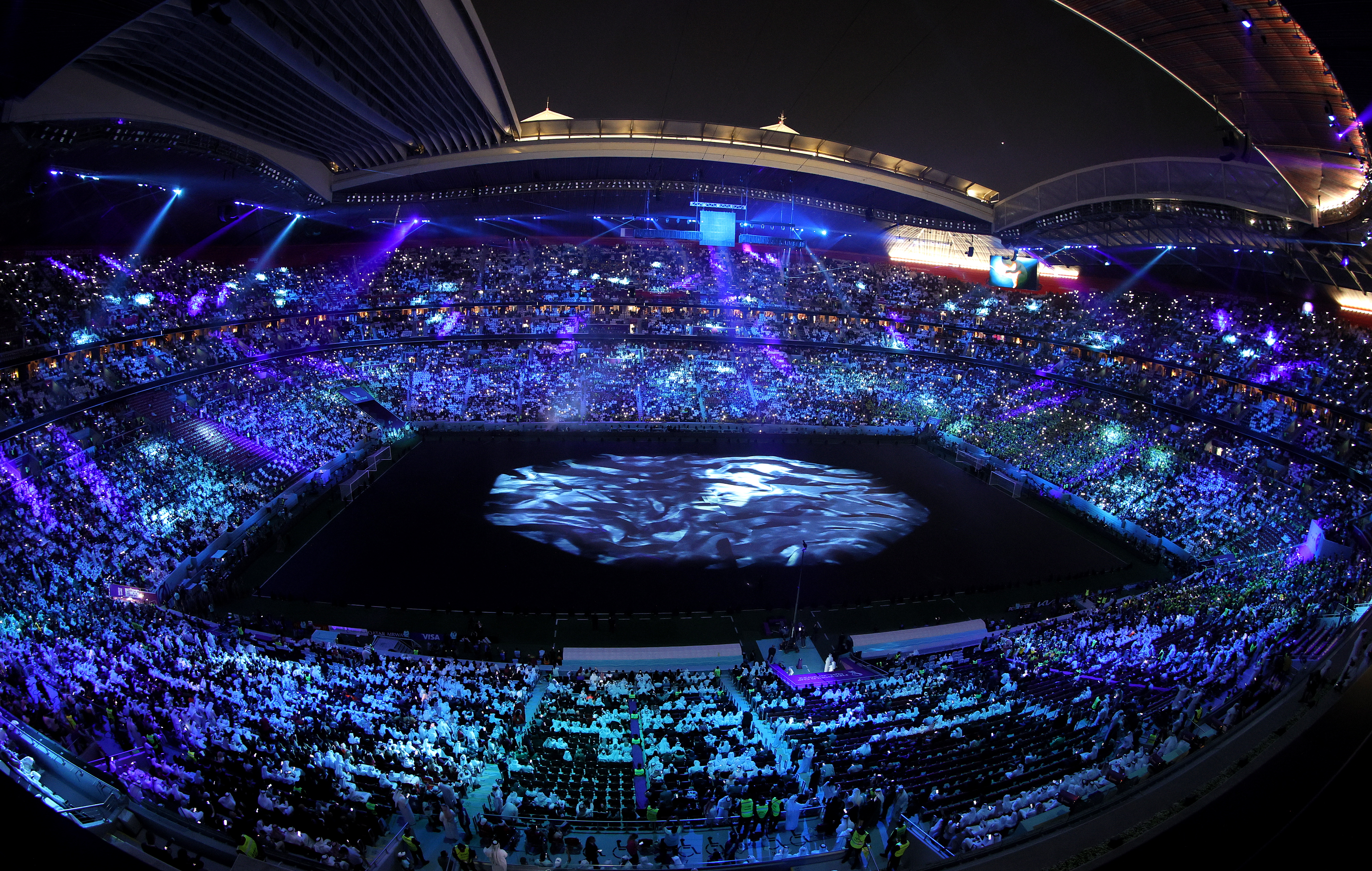 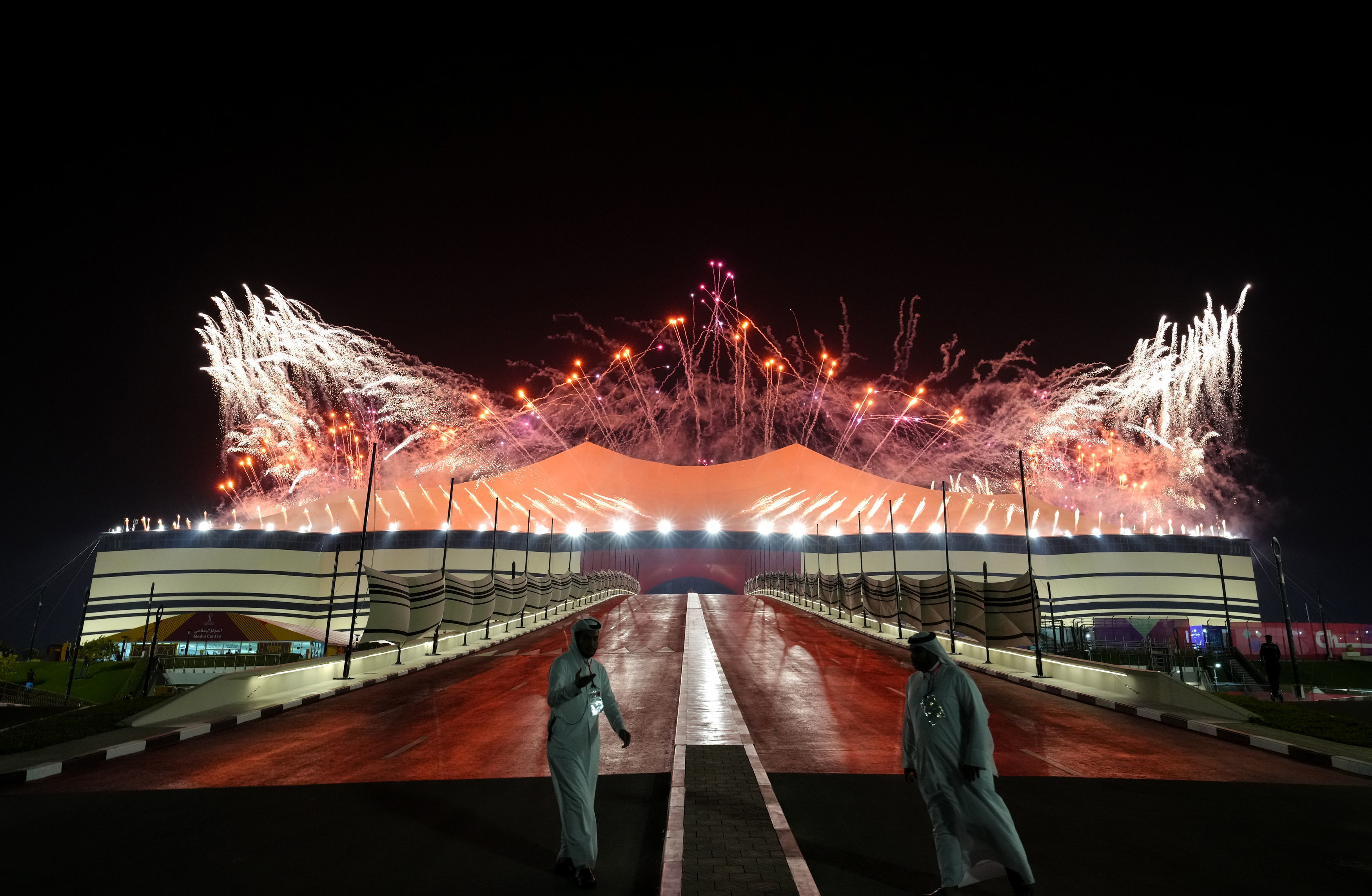 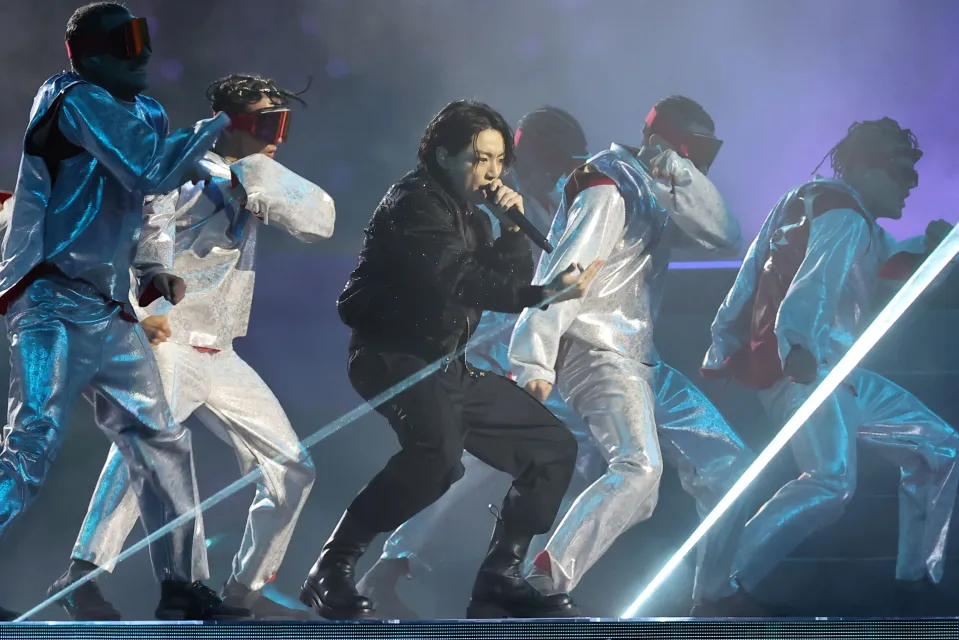 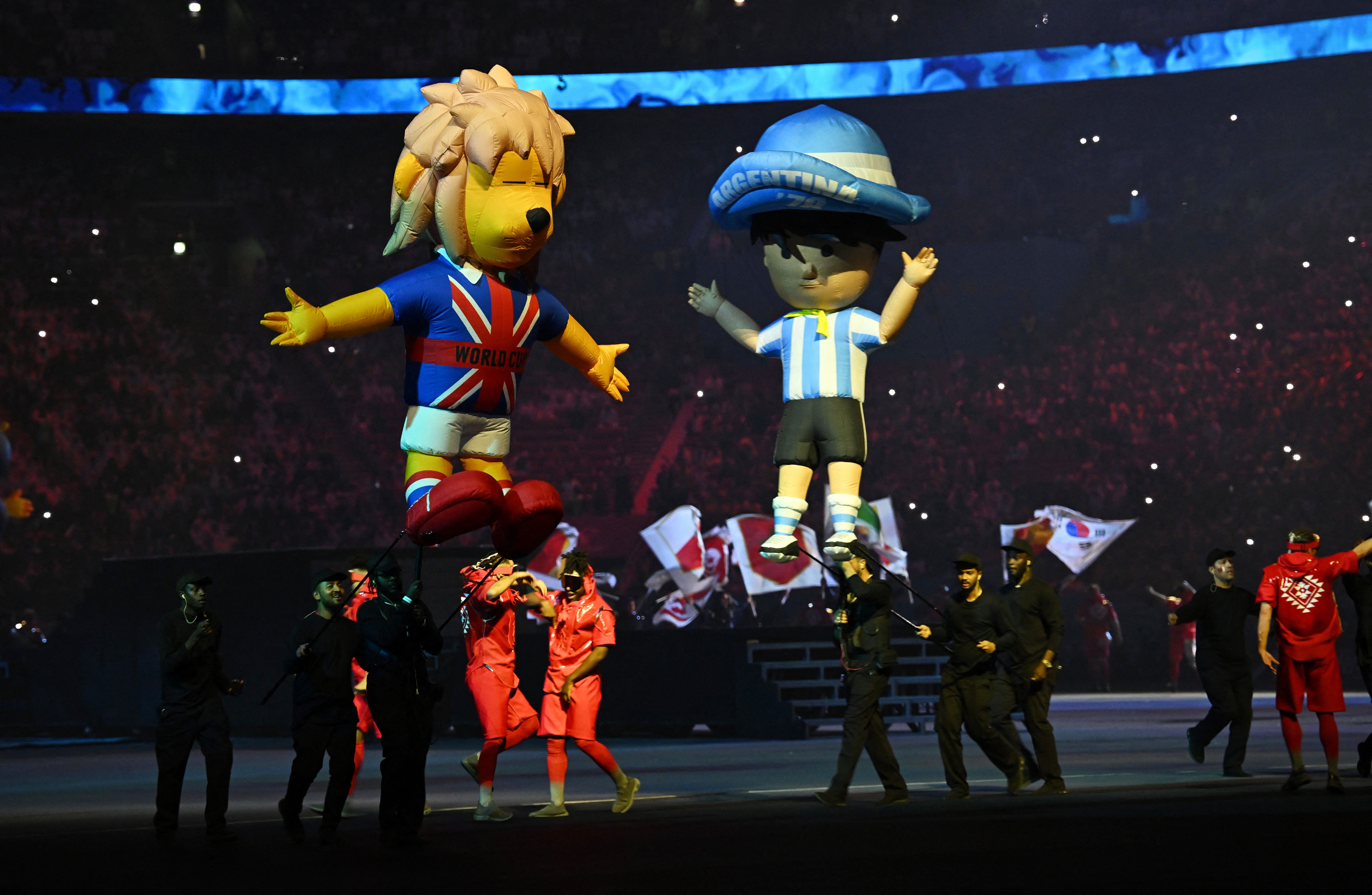 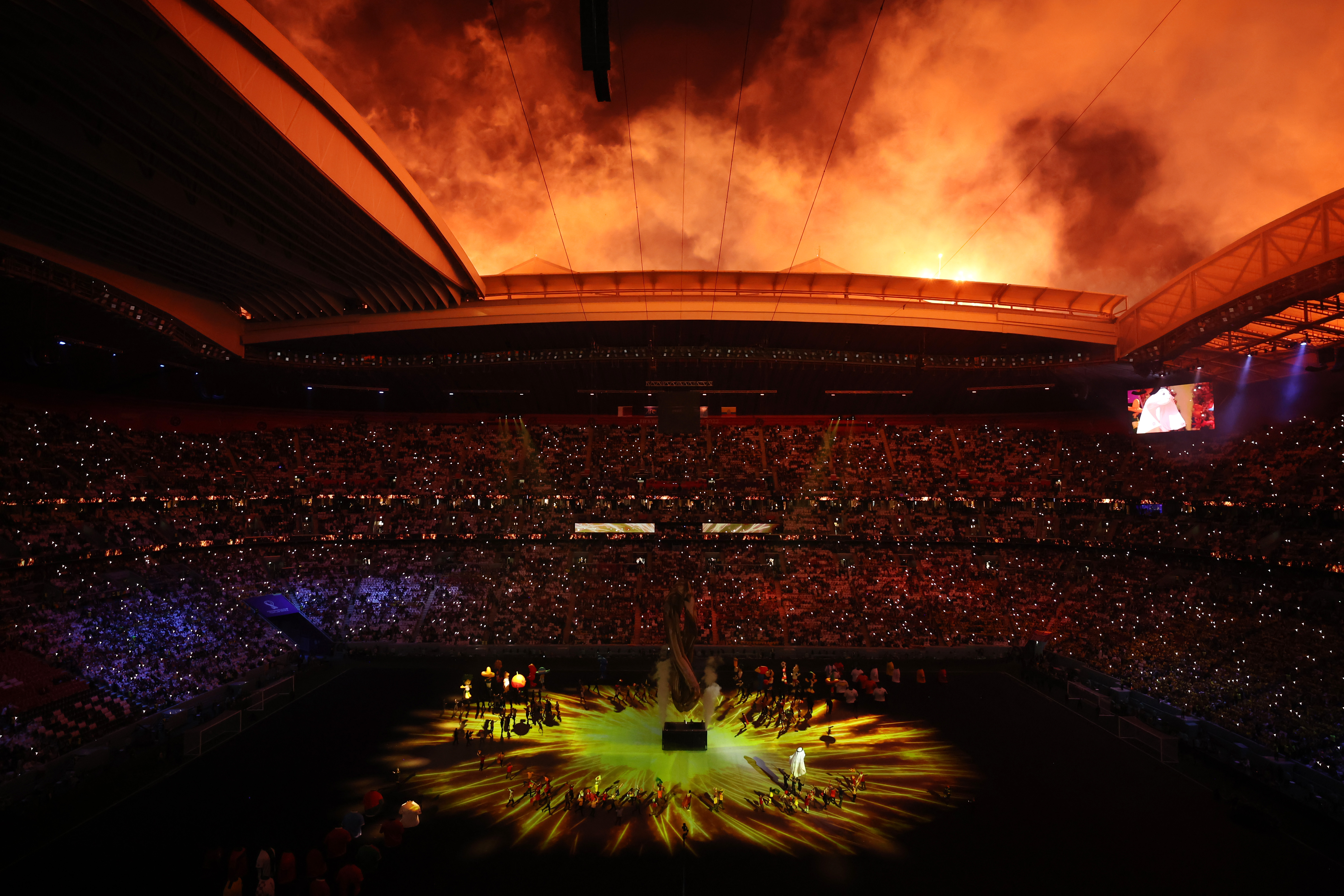 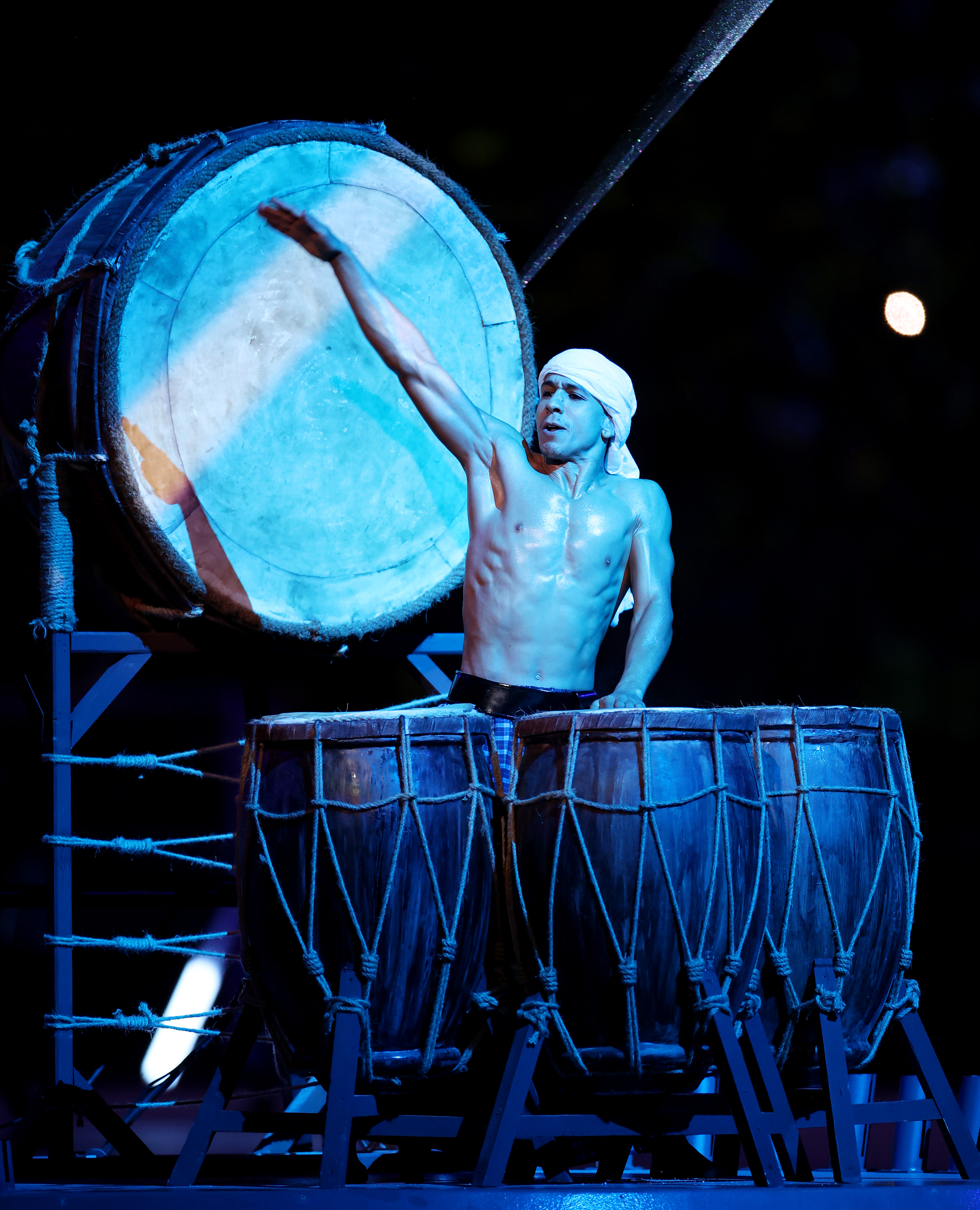 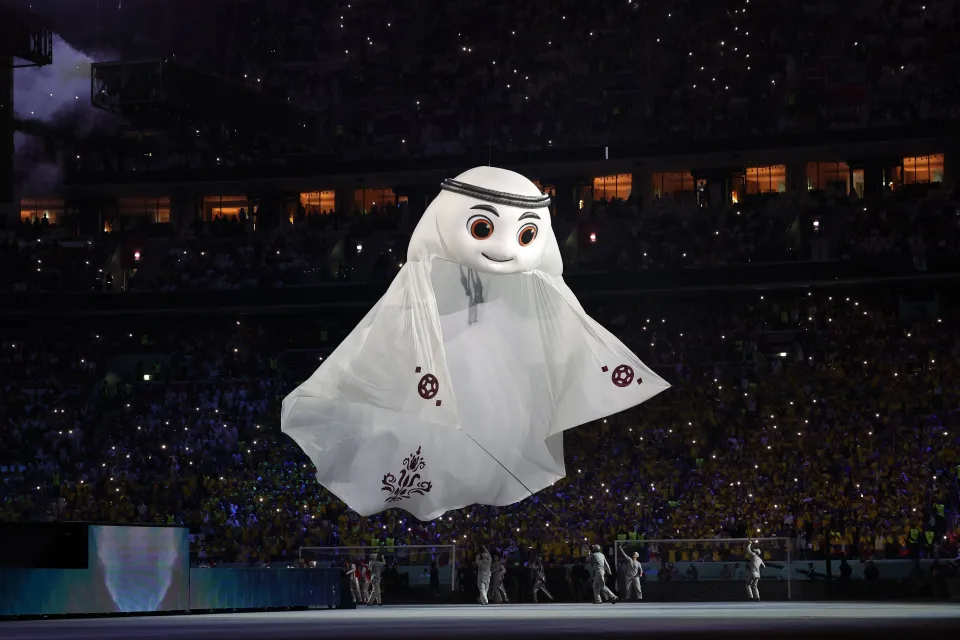 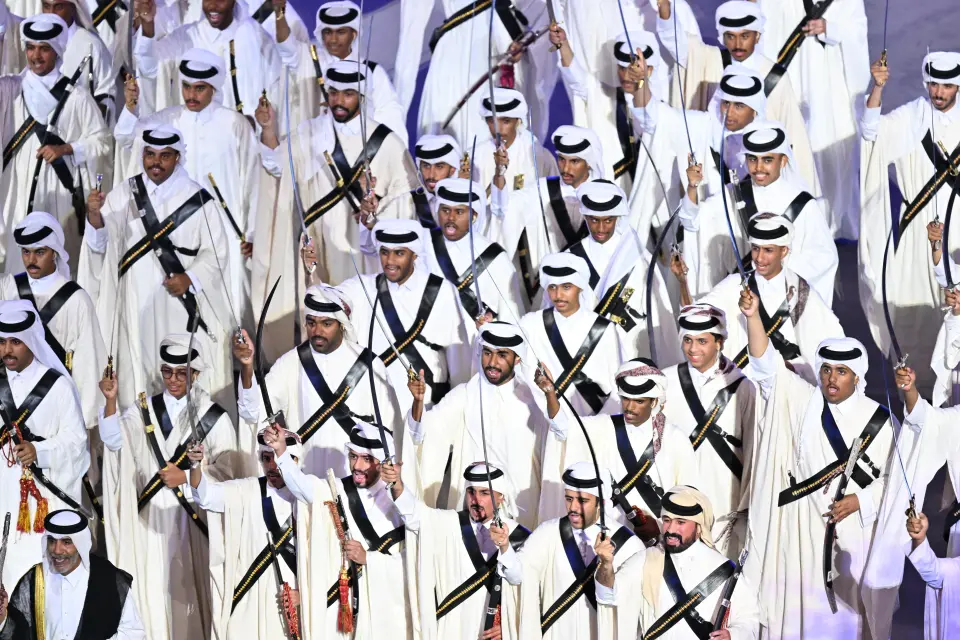 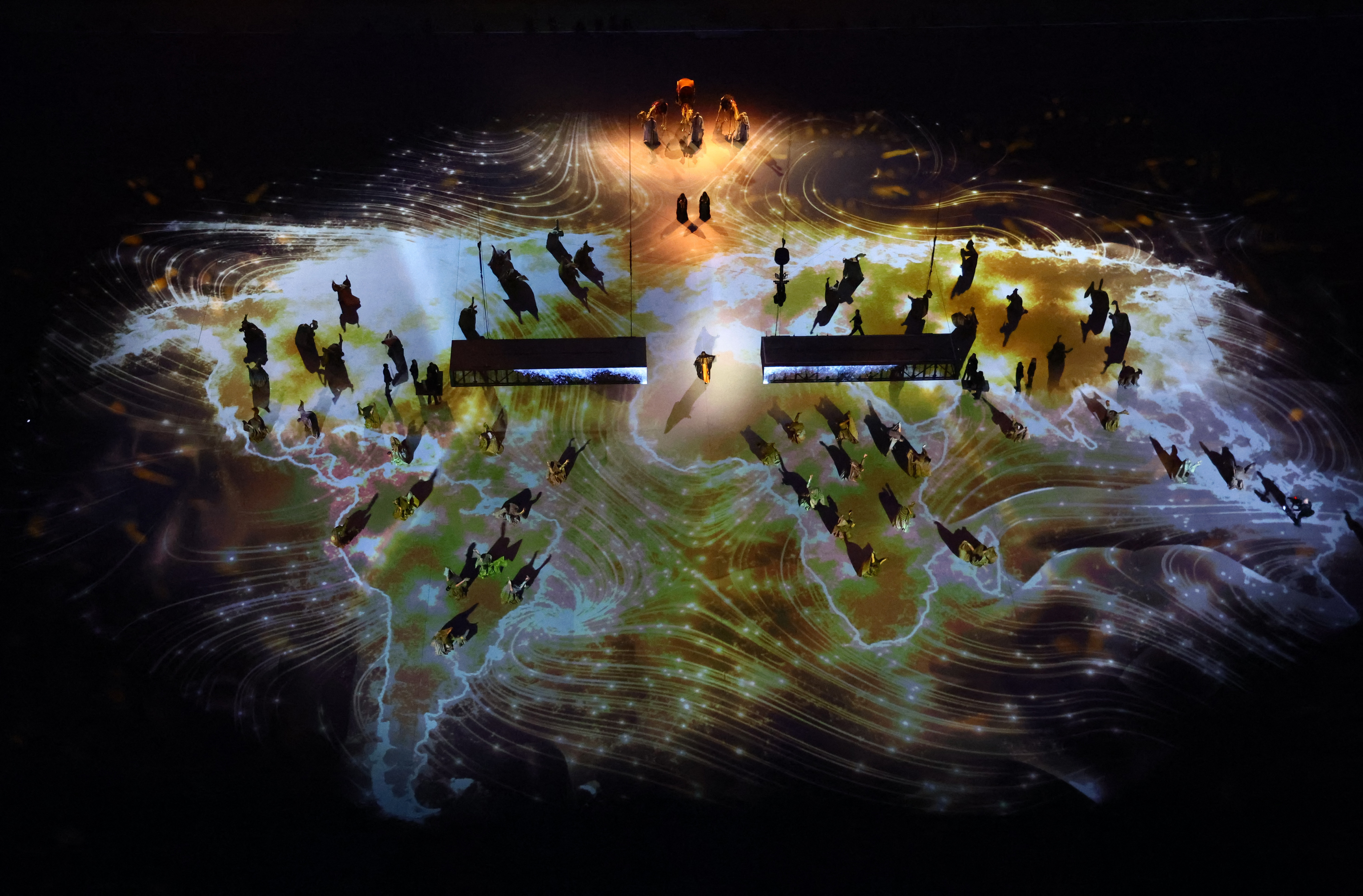 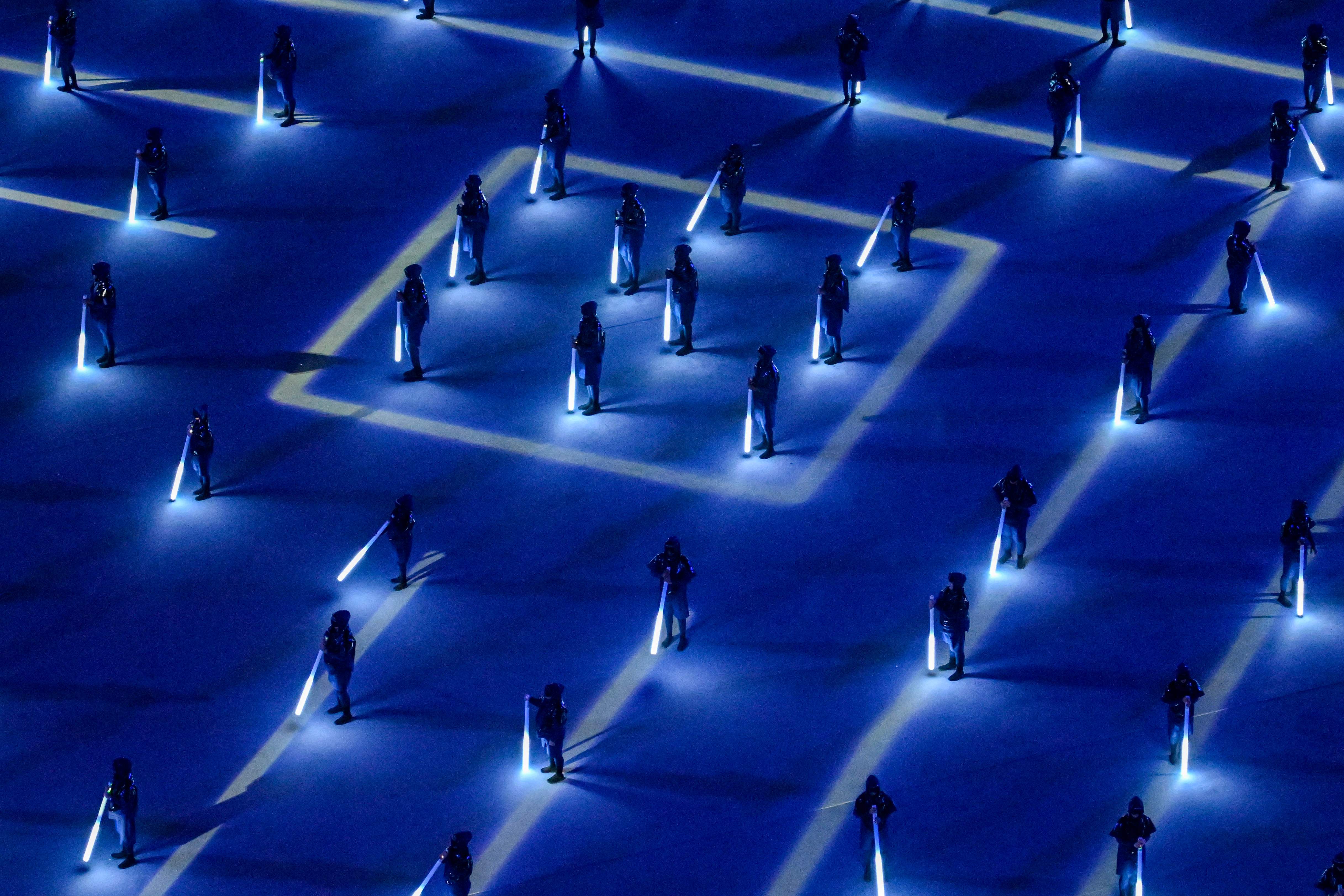 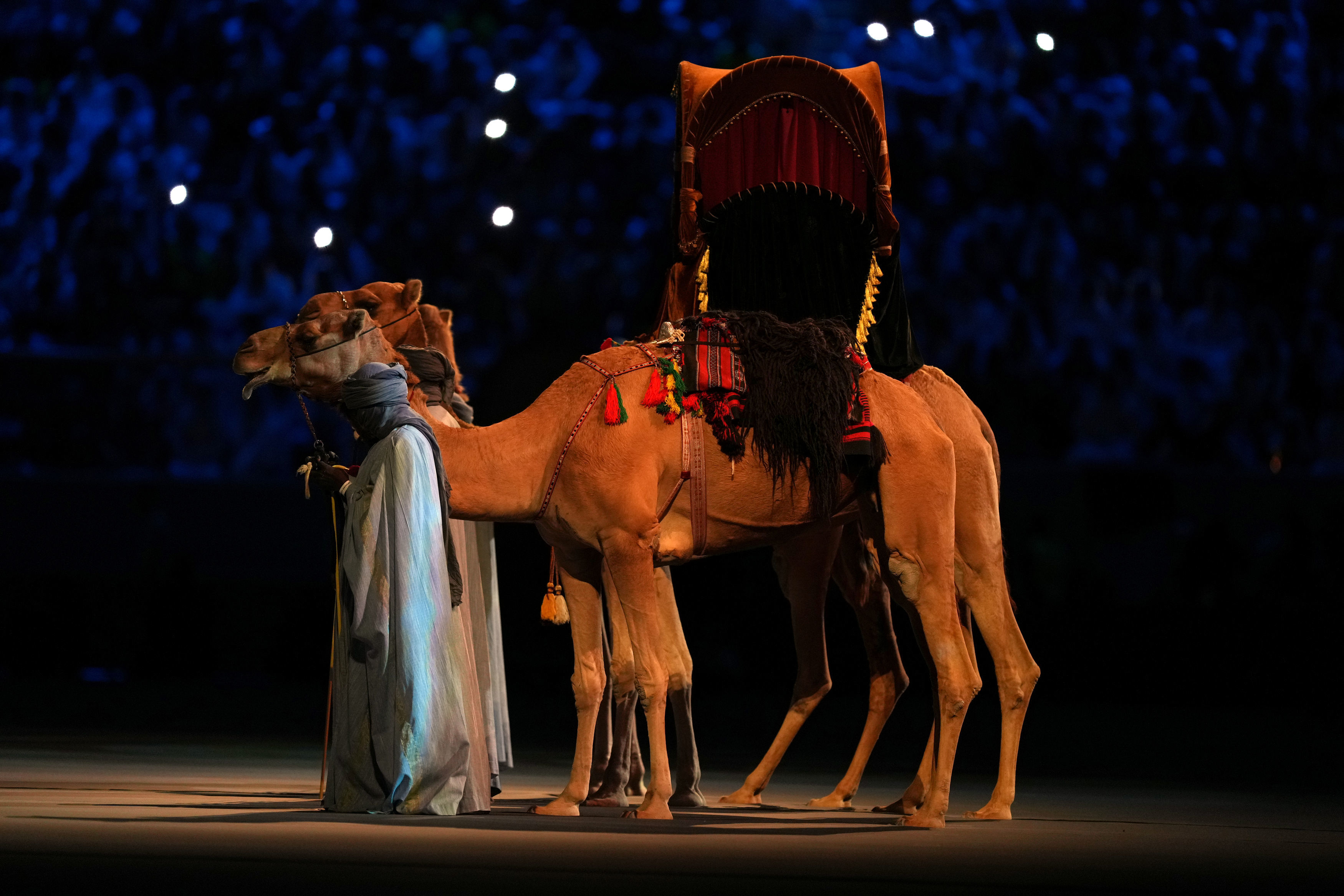 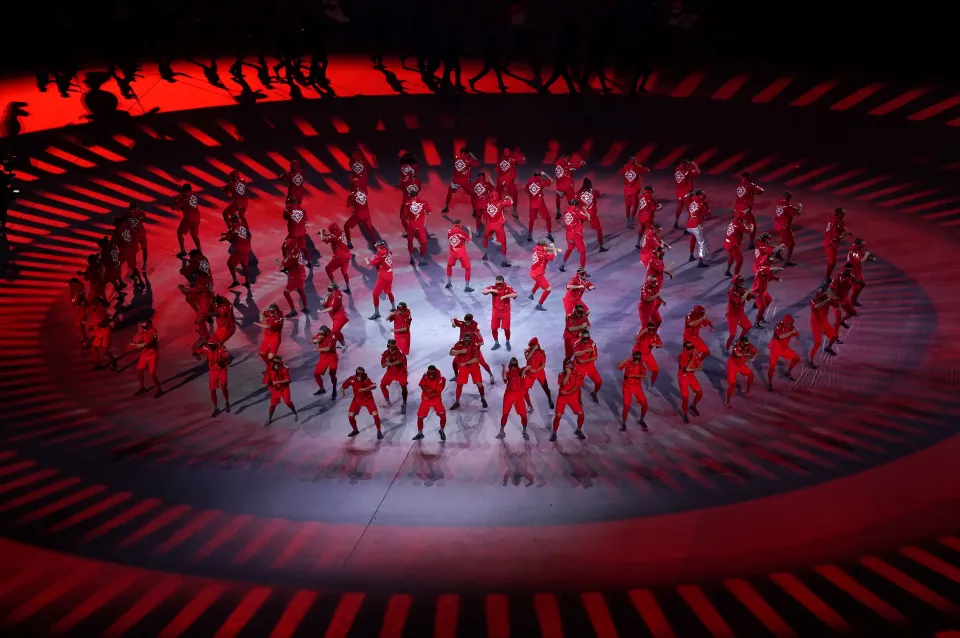 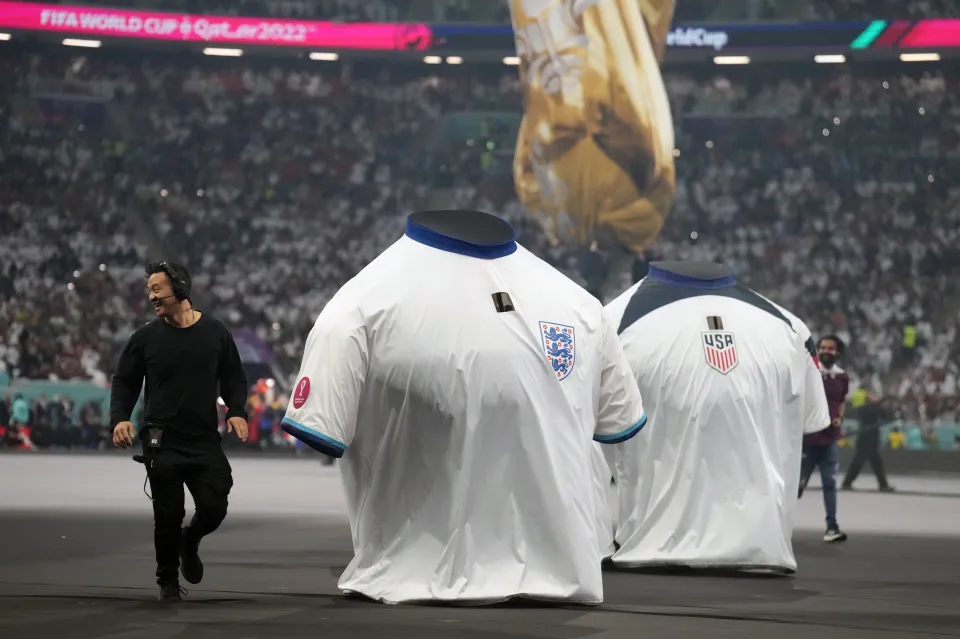 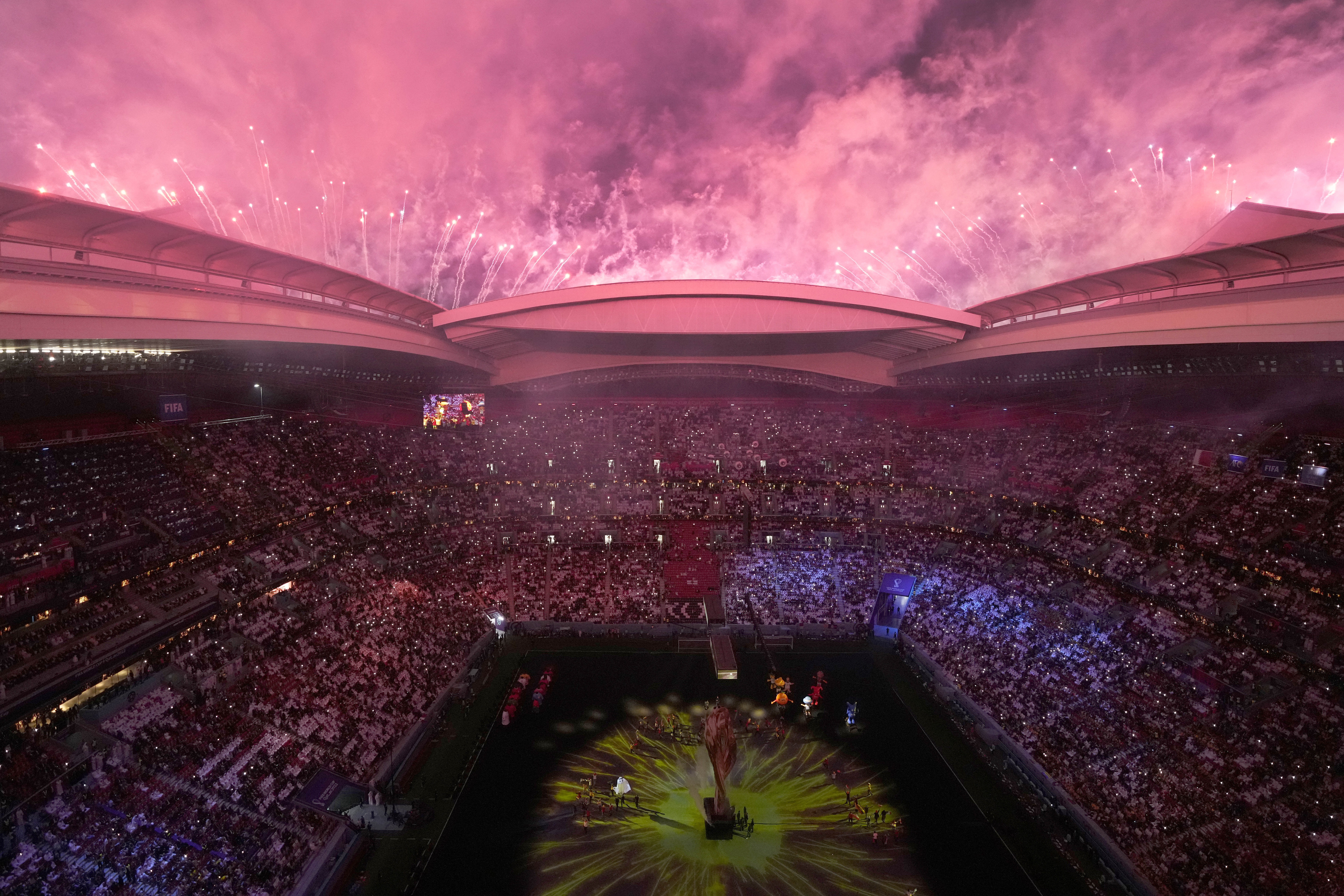 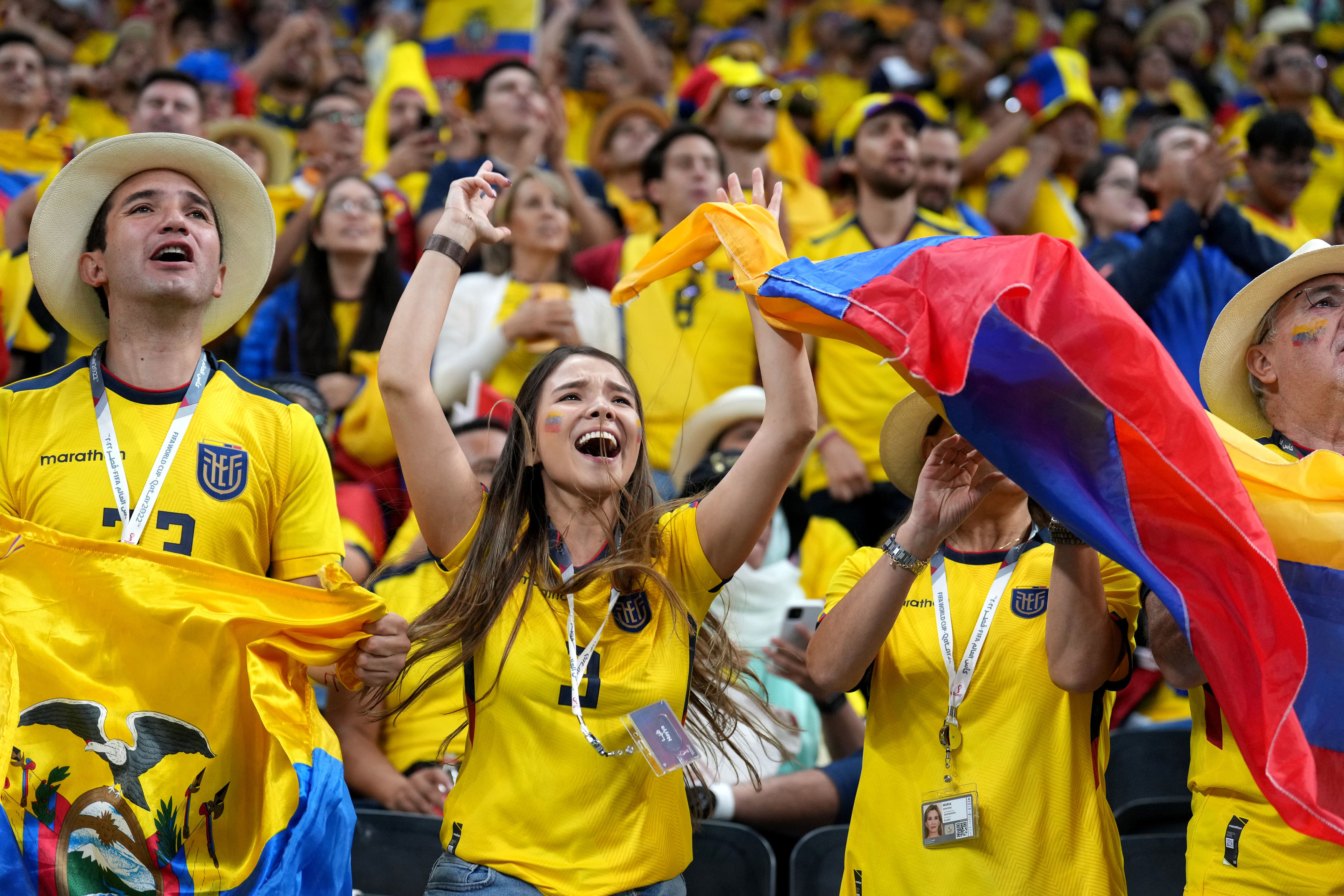 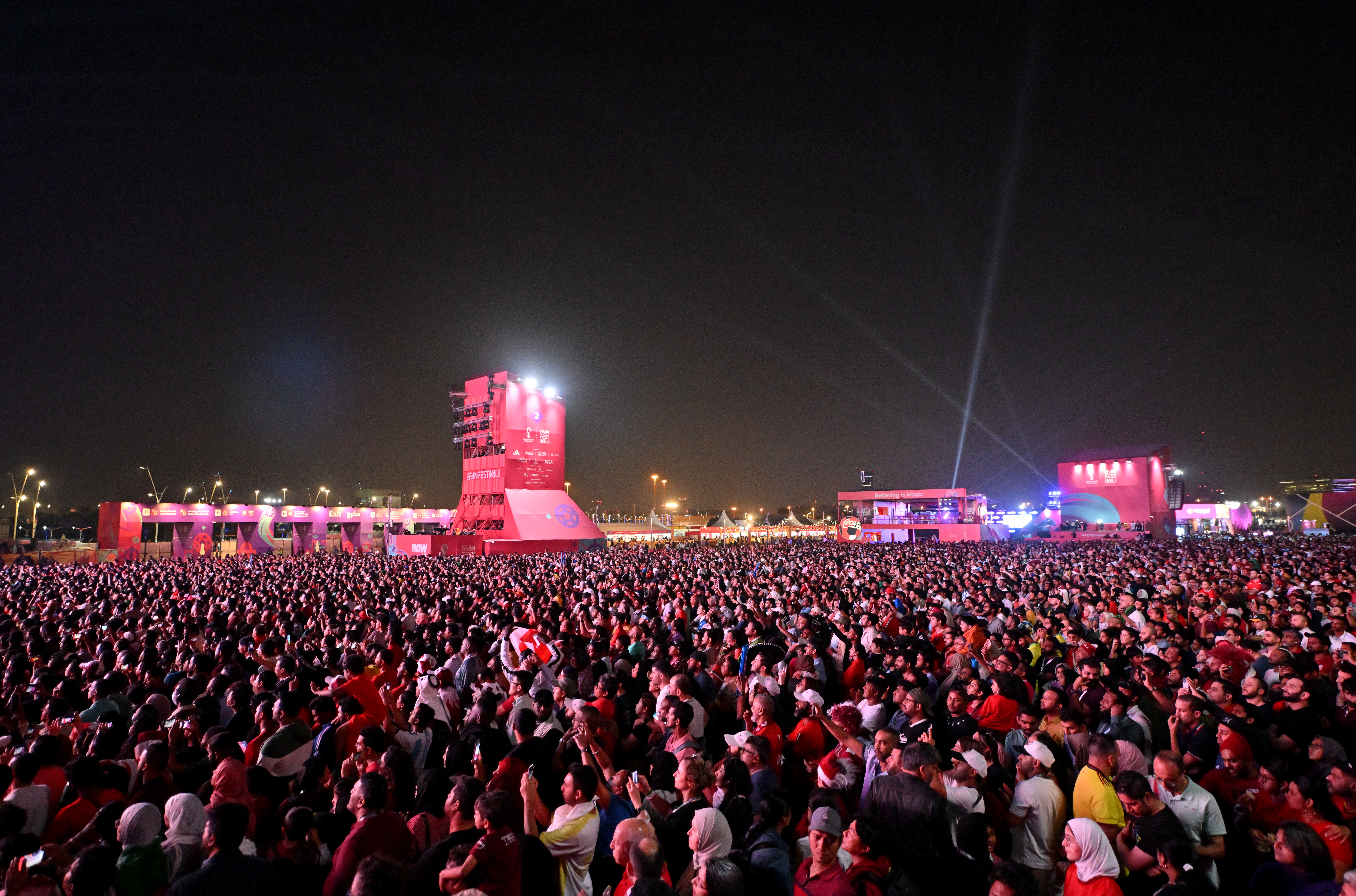