Pele was astonishingly paid $120,000 simply to TIE HIS LACES during the 1970 World Cup because of a bitter feud between the brothers who owned Puma and Adidas

Pele became famous for the stunning feats he achieved on the football pitch, and the game didn’t even have to start for him to make his mark.

Following his death at the age of 82 on Thursday, footage has emerged of a remarkable incident from before Brazil’s World Cup quarter-final against Peru in 1970 when Pele deliberately bent down to tie his shoelaces after being paid $120,000 to do so by boot manufacturers Puma.

The historic moment was years in the making, as reported by American entrepreneur Joe Pompliano, and came about following a family feud between brothers Adolf and Rudolf Dassler. 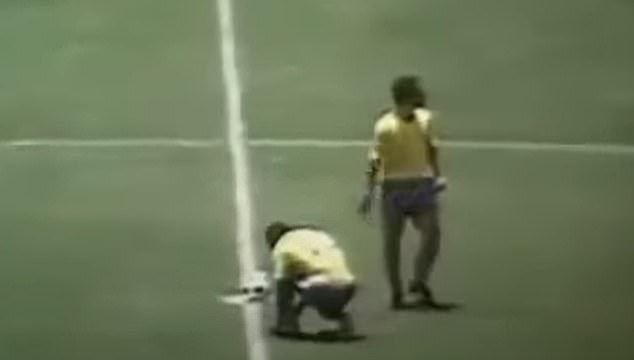 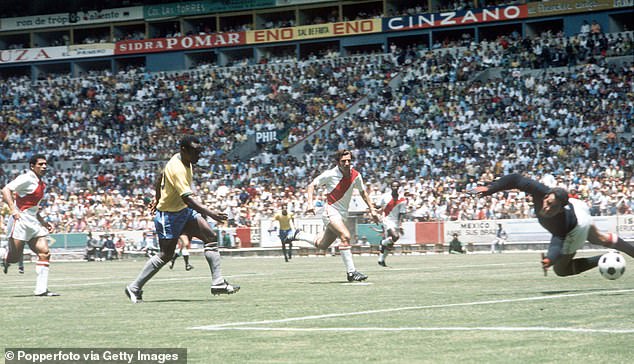 The brothers first went into shoe manufacturing together in the 1920s, but decided to go their separate ways in the 1940s after their relationship broke down, with Adolf creating Adidas, while Rudolf set up Puma.

It then became a race to the top as the two men looked to outdo each other, but getting to Pele was always going to be a problem due to his soaring popularity.

As Pele rose to fame after winning the World Cup for the first time in 1958, it was decided by both brands that he was too expensive to get on board, and the ‘Pele Pact’ was forged, meaning neither company would look to pursue him.

That all changed in 1970, though. At this point, Puma approached Pele and offered him $120,000 to wear their boots, and all they wanted in exchange was for him to ask the referee for some time to bend down and tie his laces prior to kick-off. 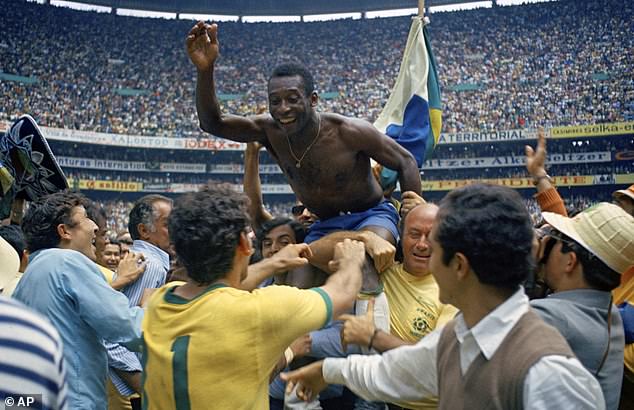 Pele went on to win the 1970 World Cup with Brazil, scoring against Italy in the final

To make sure they got the perfect shot of Pele advertising their boots, they even paid the cameraman to zoom in on the Brazilian striker as he carried out the act.

Adolf Dassler and Adidas were reportedly furious at Puma’s crafty move, but Puma are unlikely to have cared as they went on to register record annual sales.

Meanwhile, Pele was clearly not distracted by the whole ordeal as Brazil breezed past Peru 4-2 to progress to the semi-finals.

They would then beat Uruguay 3-1, and swept aside Italy 4-1 in the final with Pele scoring the opening goal as the legendary striker wrote his name in the record books forever by winning his third World Cup.