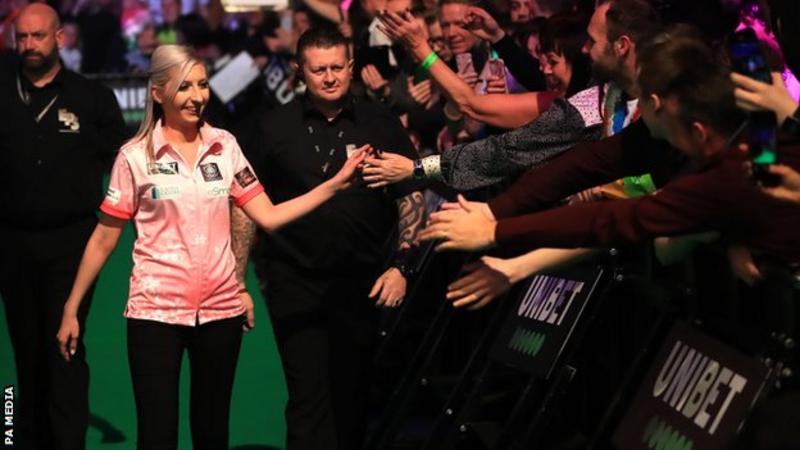 Fallon Sherrock believes her gender is no longer a topic of conversation after her impressive Premier League debut appearance in Nottingham.

The 25-year-old became the first woman to win a match at the PDC World Championship in December and on Thursday drew 6-6 with three-time BDO world champion Glen Durrant.

“They aren’t thinking [about] a woman playing a man,” she told Radio 5 Live.

“They are seeing them playing a good game on TV.”

She added: “I feel I can concentrate a bit more on playing darts now people are just seeing an equal playing field.”

Sherrock was granted the opportunity to appear as a Premier League ‘challenger’ after reaching the last 32 at the Alexandra Palace in December.

None of the previous 10 challengers had won their games and Sherrock fell just short of more history having led 6-5 going into the final leg.

The Buckinghamshire-born player said: “I was a bit more prepared regarding the pressure and interviews.

“The atmosphere was the same as when I played Alexandra Palace but I felt more prepared than when I jumped in at the deep end at the Worlds.”