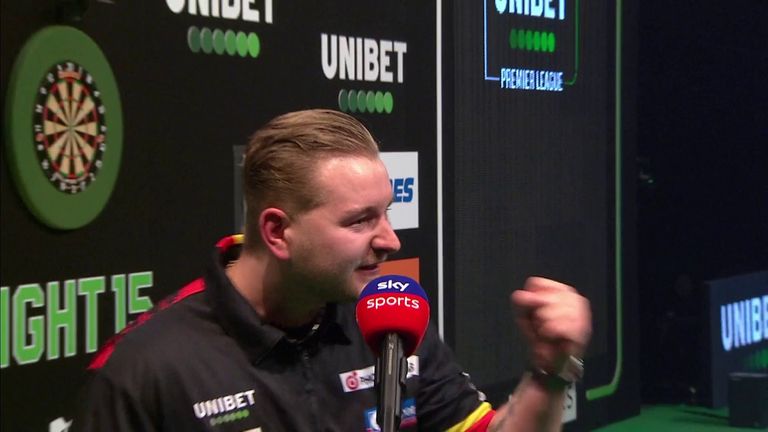 But the race for the fourth spot is very much alive, with Dimitri Van den Bergh and Jonny Clayton battling for the semi-final berth.

As luck would have it, the two debutants will face one another on Thursday night, on the final evening of action. The winner will be guaranteed a top-four spot, while a draw would see the Ferret progress. 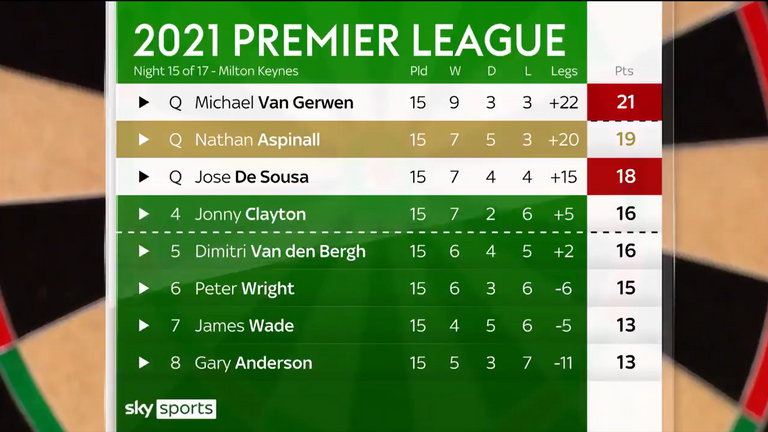 Although the duo may be close away from the oche, they will need to temporarily lay aside their friendship for one day.

“Me and Jonny – I love Jonny to bits. He’s one of the greatest guys I know in darts,” Van den Bergh said on Wednesday night, after his 7-7 draw with James Wade.

“[I’m not saying this] because I’m in front of a camera. It is because that’s what I really think of him. That man is brilliant. I love Jonny Clayton to bits. But tomorrow, we’re enemies. We need to do a job.

“I want to come out as a winner. 7-7 is not going to be good enough. I just hope that what my finishing was today, I’ve got to do it tomorrow. And I hope the crowd is going to back me up.”

The Dream-Maker must have been scratching his head in recent weeks, as his A-game was not enough to deliver results. The Belgian star averaged 106.7 in a 3-8 loss to MVG, 104.4 in a 4-8 defeat to Gary Anderson, and 106.9 as he fell to Peter Wright.

However, he knows that if he maintains those high standards on a consistent basis, it will eventually bear fruit.

“It’s insane. I’ve been playing so well, and in the end, I’ve only got only three points out of 12 in the last six nights,” he laughed.

“I’m playing beautiful darts. I’m giving 100 per cent. I’m putting in big averages, big finishes. But for some reason, it hadn’t been working out for me. So this point [against Wade] means so much.”

Despite the high pressure, the World Matchplay champion feels he can thrive in a do-or-die environment.

“I’ve missed [the fans]. You guys have no idea how much it means to me!” Meanwhile, Clayton comes into the contest off the back of a 5-8 defeat at the hands of Peter Wright.

But thoughts of Friday’s final will be far from the minds of Van den Bergh and Clayton on Thursday night. There is a job to be done first.

Coverage of the final night of the league phase gets underway at 7pm on Sky Sports Action on Thursday – find out who will join Michael van Gerwen, Nathan Aspinall and Jose de Sousa on Finals Night!