Brazen fans were seen wearing traditional red and white Polish shirts and flying the country’s flag in the visitors’ section at Wembley. 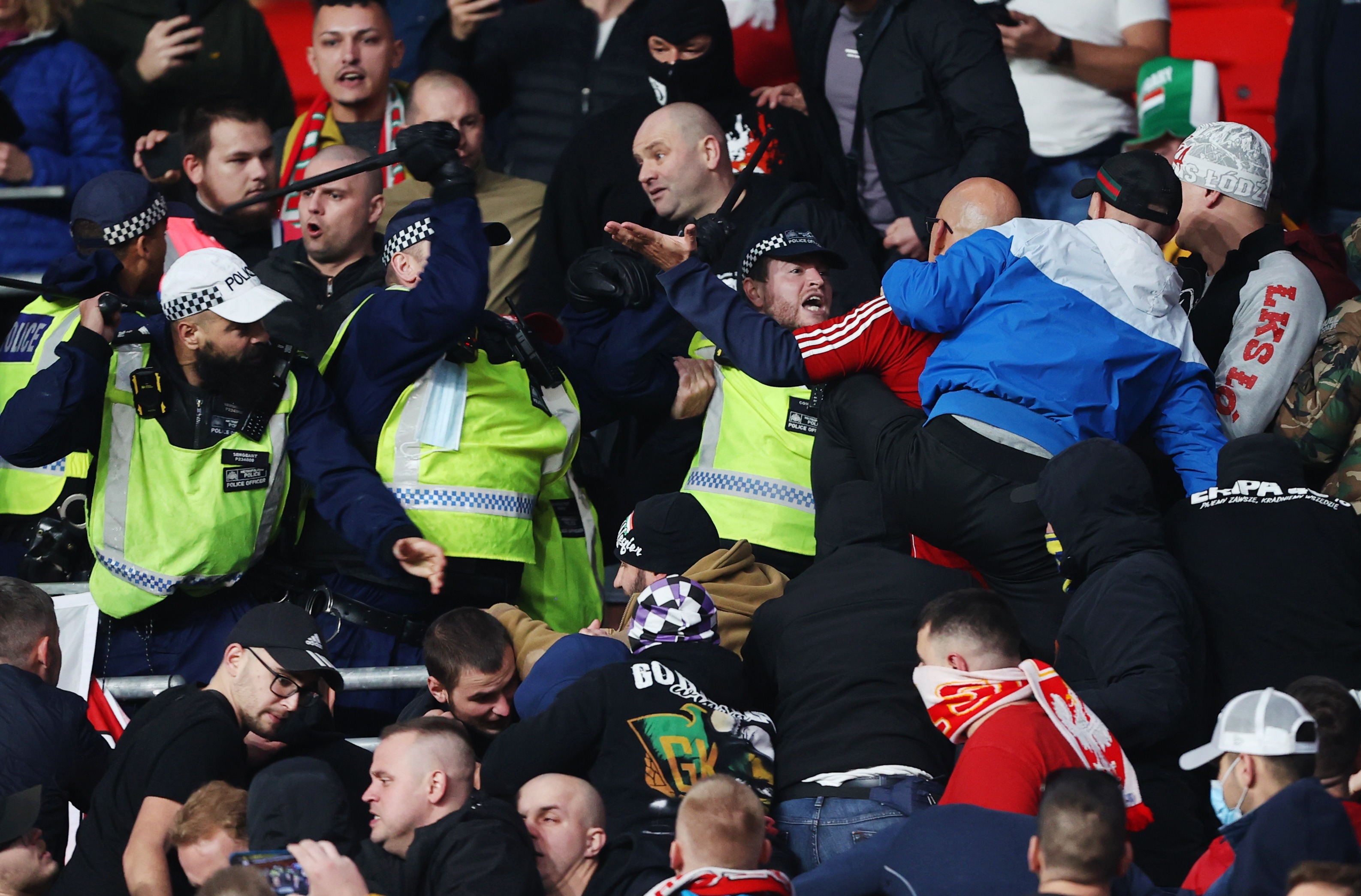 Fifa, the FA and Scotland Yard have all launched an urgent investigation into the worrying scenes which marred the opening ten minutes of England’s 1-1 qualifier draw with Hungary.

The ugly confrontation, in which police were beaten back with kicks and punches, prompted fears about the Three Lions’ next home game against Albania.

It is believed racist thugs from the two Eastern European countries allied in protest at England players taking the knee.

One former Polish hooligan, who would not be named, said: “The Poles bought tickets en masse and if you look at the footage, you can see slogans relating to Polish hooliganism on their backs.

“One was wearing a jacket representing Zaglebie Sosnowiec, another had a LKS Lodz jacket on and another was wearing a balaclava with a Polish flag on the front of his hoodie.

“I saw a Fighting Anchor, a Polish resistance logo, too. This is what they do, the two countries travel around Europe together to these games with notoriety and cause trouble.”

Polish fans later boasted on social media how they had, “joined forces with their Hungarian brothers to chase the dogs from their Wembley home”.

Another fan added: “There is a long-standing right-wing alliance between Hungarian and Polish fans.

"They are united by religion and they are totally opposed to any form of diversity.

“The same thing will happen again next month when Albania visit Wembley. I guarantee it. It will be a high-risk match.”

Questions were yesterday being asked as to why the Met Police seemed to be so quickly overwhelmed and why they were not in full riot gear.

One former riot squad officer told The Sun: “Given the reputation of the Hungarians, I was surprised to see how lightly equipped and dressed officers at the ground were.”

Cops were attacked after arresting a Hungarian fan accused of racially abusing a steward.

The Met came under fire in July after shambolic scenes at the Euro 2020 final when ticketless England fans stormed gates at Wembley. 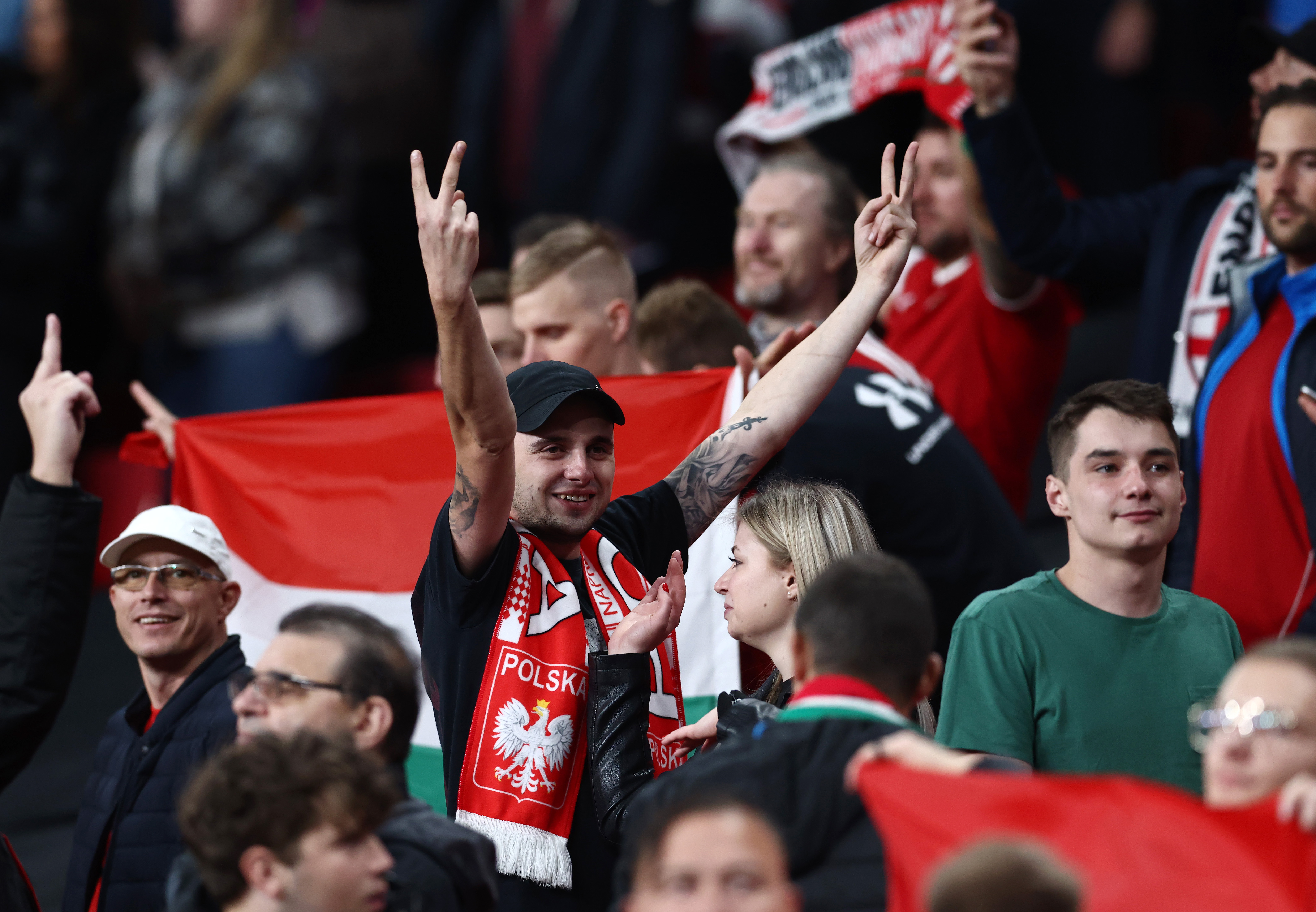 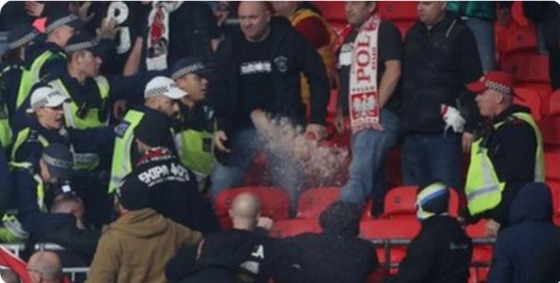