LEYTON ORIENT fans were rightly furious after Plymouth's opening goal was allowed to stand – despite a player blatantly PUNCHING the ball.

With just 14 minutes gone in their League Two clash at Home Park, Dean Brill made a flying save and the ball looped up to Zak Rudden. 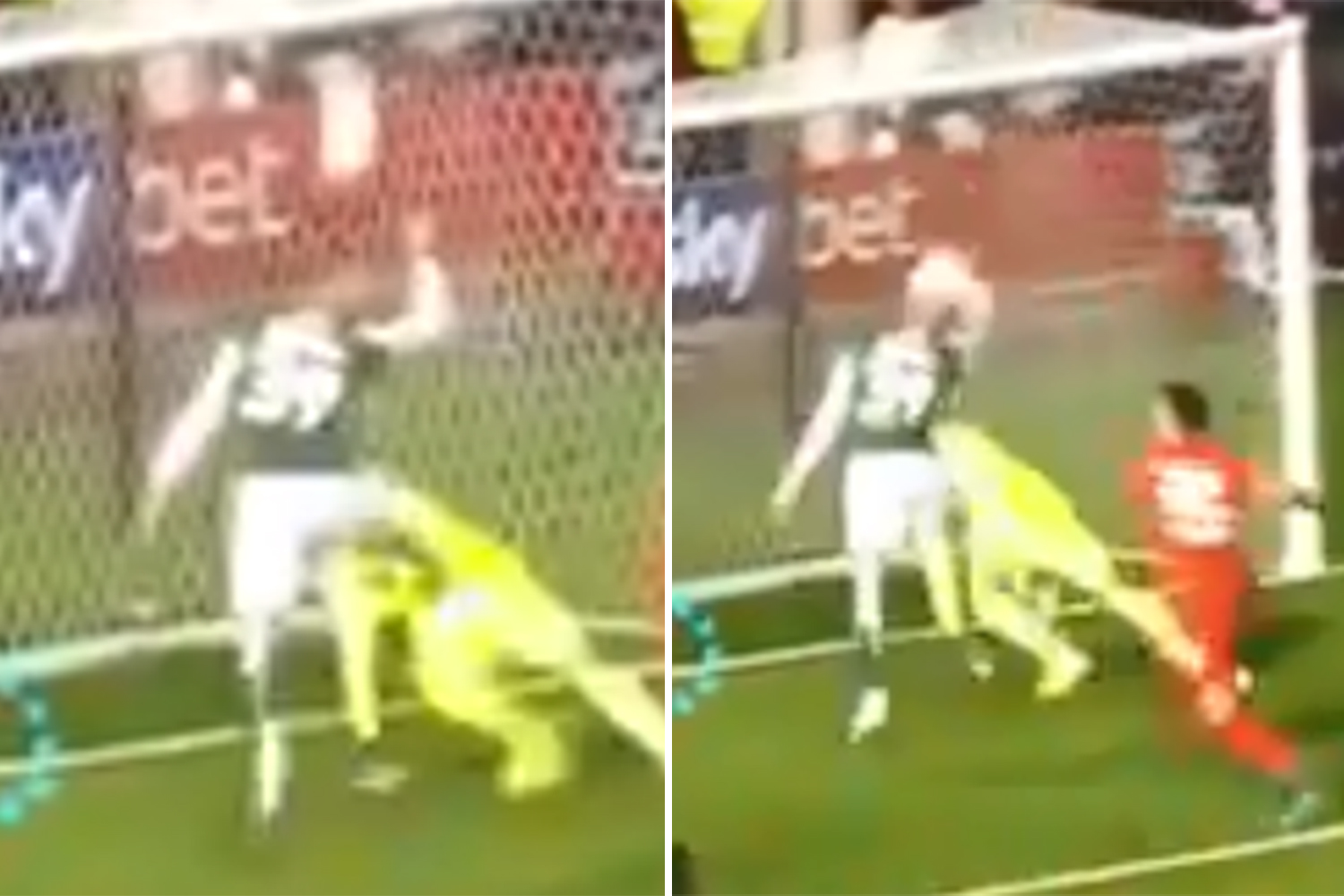 The Plymouth striker completely messed up his jump to head the ball into the net and ended up swinging an arm at it, directing it goalwards.

Brill recovered excellently to make another top save but Joel Grant raced in to fire home the loose ball.

The Orient defenders were aghast that the goal was given after the horrendous handball and raced to the referee.

But it was somehow missed by Craig Hicks and his assistants.

And League Two promotion hopefuls Plymouth took advantage, adding another three goals before half-time to lead 4-0, with Rudden getting on the scoresheet just three minutes after getting away with his Maradona-esque cheating.

Unsurprisingly, fans on Twitter were quick to vent their frustration at the howler.

One said: "The most clear as day hand ball you’ll ever see! Shocking refereeing. Like SERIOUSLY?!"

Another wrote: "One from the Maradona school of football."

A third added: "One the player should be fined and two ref sacked. If that isn't clear cheating then I don't know what is."

One user typed: "That is truly unbelievable. The officials need to be sacked. Absolutely no excuses for ref, or even an assistant standing 50 yards away, from missing that."

But a final tweet joked: "Nah definite goal if you ask me."