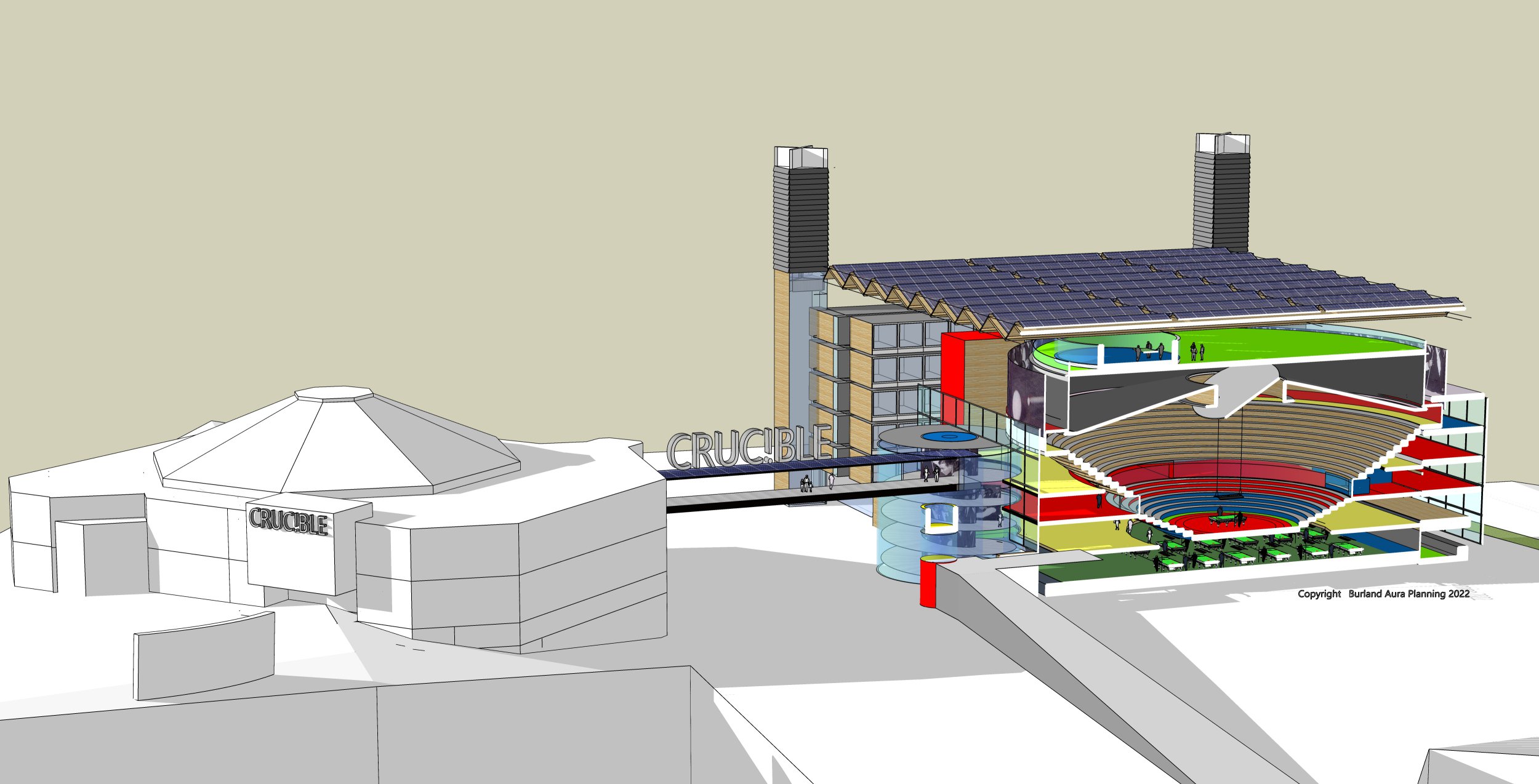 Plans have been made for a new World Snooker Championship venue, which would be attached to the Crucible via a bridge and offer a vastly increased capacity.

The designs have been made by architect James Burland – the man who designed Manchester City’s Etihad Stadium – and they suggest a dual venue, still holding matches in the original Crucible Theatre, but also being able to hold 3,000 people in the new arena.

The current Crucible has been the home of the World Snooker Championship since 1977 and the majority of fans and players would be loathed to leave the venue, but it has come in for some criticism for being too small in terms of playing area and capacity.

The Crucible holds just 980 people, so the new arena would triple the capacity, while also having the original venue to host matches alongside.

WPBSA chairman Jason Ferguson told Sportsmail: ‘‘This is a concept and an idea to try and grow this event in some way.

‘We have no intention of moving from Sheffield. It is our home. But we know we really need to be looking at around 3,000 seats for the World Championship now.

‘Events like the Masters are growing so much and the danger is that the World Championship starts to look smaller, which it really can’t because it’s the crown jewels of what we do.

‘This is not the only route but it is an initial concept that James has come up with. Can the Crucible be a dual site?

‘At this stage, it’s very early discussions but we are coming up with a concept of what would be a huge benefit for the city and a true international destination.’

The new arena would have a main arena with three tiers of seating, including corporate hospitality in the middle, while there would be a floor below that would be able to host the qualifiers.

Burland explained: ‘I quite like the idea you are scrapping it out to get a position in the colosseum above. Then the Holy of Holies is to win and go across the bridge to play.’

The proposed site for the new arena is the old Roxy Disco, which is not the O2 Academy, situated over a busy road called Arundel Gate from the Crucible.

The proposed venue would be able to host other sports when there was no snooker on, but would be a home for the sport, with a snooker museum included.

The contract with the Crucible runs until 2027 so there will be no change before then, but these exciting new plans could come into place after then, if they are signed off by a number of parties.

‘There is a huge road to go down with this,’ said Ferguson. ‘That would involve what is possible from a planning perspective, how can it be financed, who are the partners in it.

‘We will have a meeting to try and move the discussion on with Sheffield City Council. They are very open-minded about what could be done.

‘I think a feasibility study will throw up the answers and I think that would be the next phase.’