PHILIPPE COUTINHO'S Barcelona nightmare lives on after being ruled out for the rest of the season.

The Brazilian, 28, has gone a second operation after having a 'meniscal cyst' in his left knee. 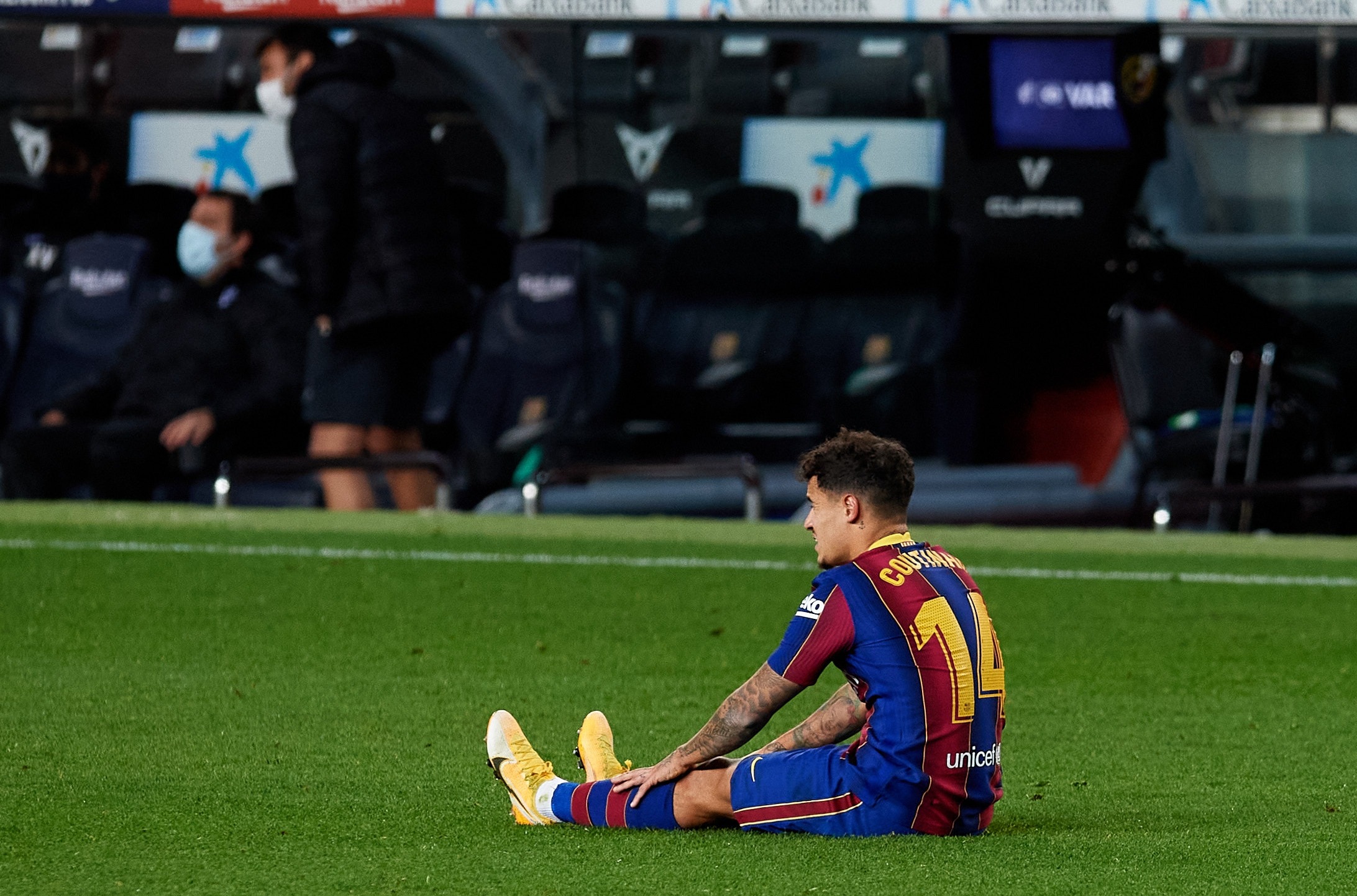 Coutinho hasn't featured since late December after picking up an injury to his knee following a 1-1 draw with Eibar.

He went into surgery in the New Year and was set to be sidelined for at least three months.

Boss Ronald Koeman was hoping to have the playmaker back for the crucial run-in but he has been hit with a serious setback.

Barcelona revealed how he has had to go back under the knife having failed to recover from the initial procedure.

It is yet another bump in the road for the £145million signing since his move to the Nou Camp from Liverpool in 2018.

After failing to impress in his first year and a half in Spain, Coutinho was shipped out on loan to Bayern Munich last season.

He helped the German giants to the league title and Champions League but they turned down the option to sign him permanently.

Coutinho returned to Barca and appeared to be an important figure in Koeman's plans up until his injury.

Barcelona have tried to offload the player from their wage bill but his £250,000-a-week salary continues to put Premier League clubs off.

His surgery means he will miss crucial games as Barca are locked in a three-way battle with Real Madrid and Atletico Madrid for the title.

They take on Real in the El Clasico on Saturday before a Copa del Rey final with Athletic Bilbao.

Barcelona are one point adrift of league leaders Atletico with Real Madrid a further two points behind them.

Coutinho is also likely to miss Brazil's Copa America campaign due to kick off on June 13.