PHIL THOMPSON opted for Cristiano Ronaldo and Kylian Mbappe in his attempt at picking a World XI without two players from the same club or country.

Naturally, some big-name stars were left on the cutting room floor when the Liverpool hero went without Lionel Messi and Pele. 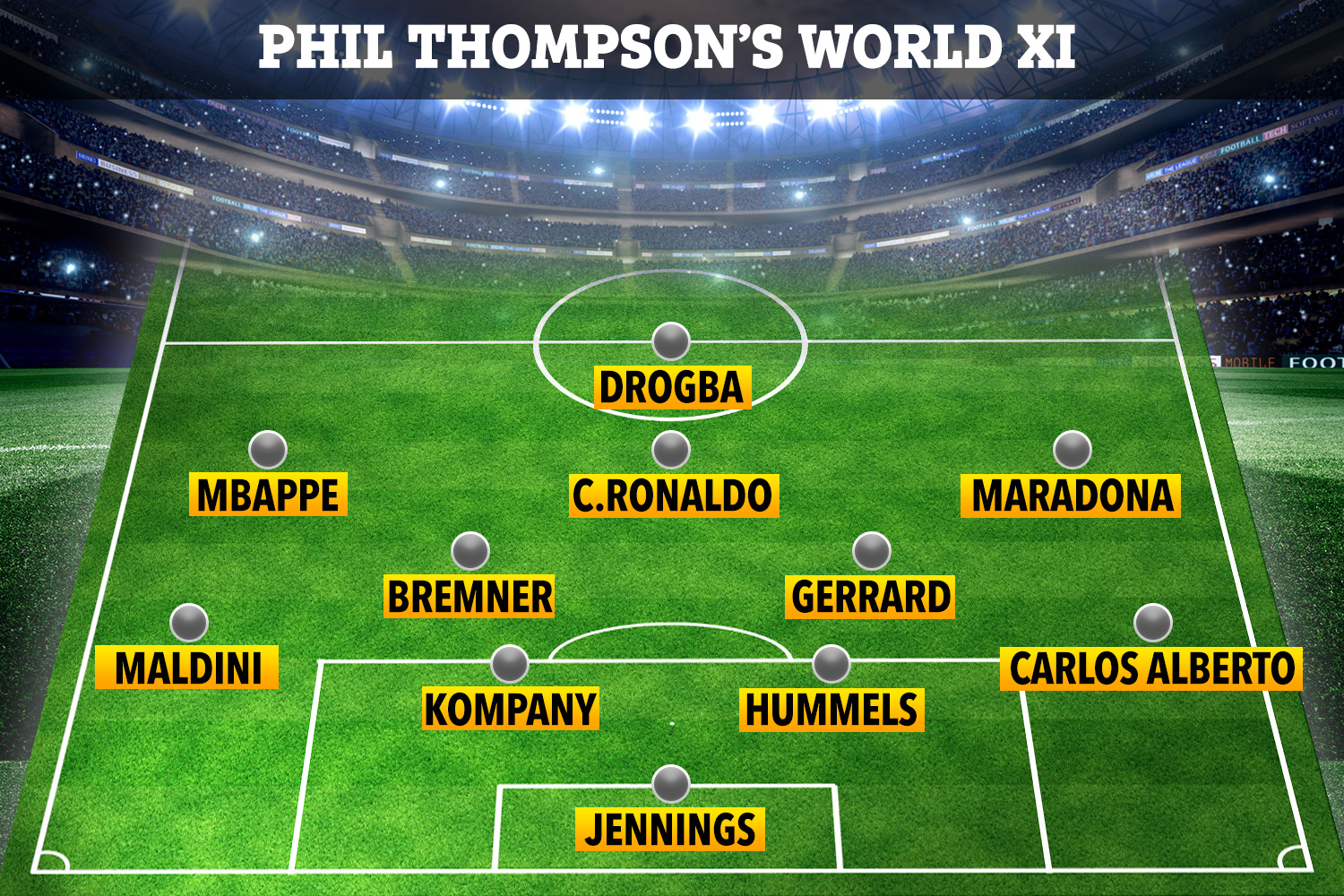 Steven Gerrard and Jamie Carragher were among the former players carefully picking their line-ups and Thompson drew upon his experience to enlist stars of his 1970s and 80s pomp.

The right-back spent his career in the Americas and arrived ahead of attacking icon Pele and Neymar, given that he rules out any fellow Brazil or Santos player from the team.

Joining them in defence is Mats Hummels, who has spent his entire career in Germany.

Cristiano Ronaldo, snubbed by both Gerrard and Carragher, is picked by Thompson alongside Diego Maradona, Mbappe and Didier Drogba in the frontline.

An Ivory Coast international who stuck with Chelsea throughout his peak, Drogba proved a popular choice in the lockdown selections.

Messi has not, meanwhile, because he would rule out any fellow Argentina or Barcelona player but ex-defender Thompson could have traded him in for Maradona when he made the call.

But given Thommo's loyalties perhaps the latter was always unlikely to make an appearance.

Featuring in Rangers boss Gerrard's XI were the likes of Cafu, Roy Keane and Andrew Robertson, although he did agree on Kompany, Drogba and Mbappe being worthy of a place.

He told The Football Show: "It took me more than a couple of hours, I was stewing on this for a couple of nights.

"I felt like I had a team and I was happy with it, I had Zidane in it, I had [Roberto] Carlos, Baresi in it. Then you get a text of Carra saying, 'No, no, no that's wrong – they played together'.

"It's actually more challenging than what you think. But we got there in the end and I'm really pleased with the team I picked."