Peyton Hillis, the former star running back for the Cleveland Browns, is reportedly unconscious and in an ICU after saving his children from drowning in the ocean in Florida.

Hillis saved his children from a swimming accident in Pensacola, Florida and was helicoptered to a local hospital, according to KNWA. They added that his breathing ‘is improving.’

‘He’s still in intensive care and having some problems with his kidneys and his lungs but the doctors say he is improving,’ the post read. 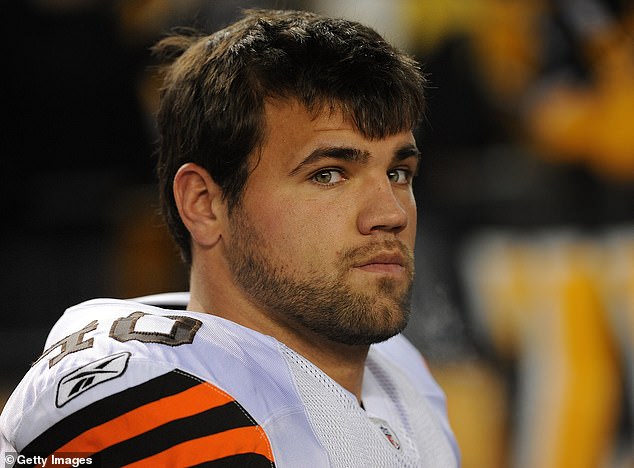 ‘I just wanted to head off any rumors that may be started. I’m sure he would want everyone to know that he appreciates all of the prayers being thrown up on his behalf!!!’

After beginning his career with the Denver Broncos, Hillis was traded to the Browns along with a sixth-round pick for backup QB Brady Quinn.

In four years of college at the University of Arkansas, Hillis totaled 960 rushing yards and 1,197 receiving yards – combining for 23 touchdowns.

Hillis is most well-known for his 2010 season with Cleveland, where he put up 1,600 total yards and 13 total touchdowns. As a result of that campaign, he won a national vote to be the cover athlete for the video game EA Sports Madden 12.

After two seasons in Cleveland, he left as a free agent to sign with the Kansas City Chiefs. He concluded his professional career with stints playing for the Tampa Bay Buccaneers and the New York Giants.

Hillis retired in 2015 at the requests of his doctor due to a history of concussions.

He spoke to Bleacher Report in 2015 about his frank struggles with mental health and depression as he chose to leave the game he loved. 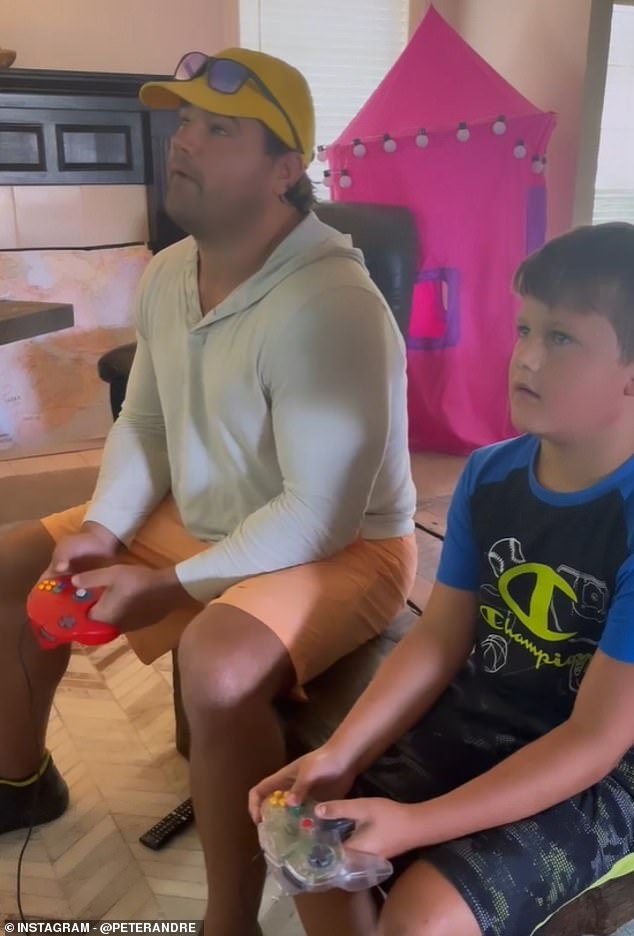 Hillis was able to make sure his children were okay, but he ended up in the intensive care unit 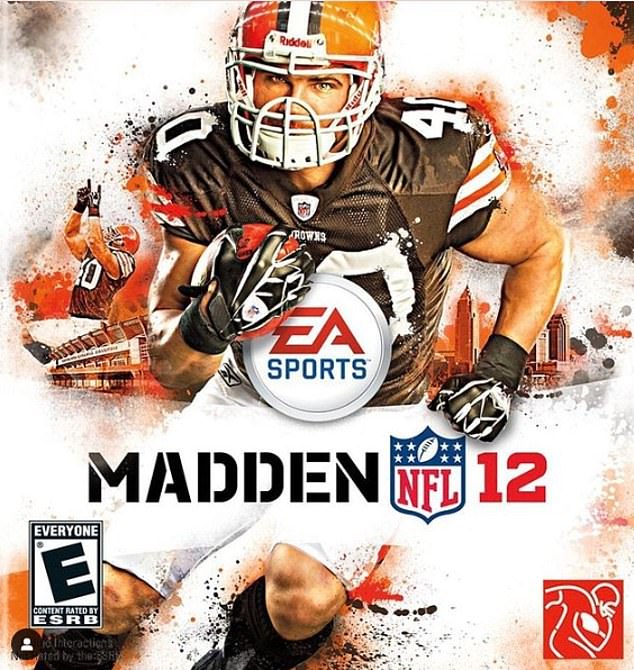 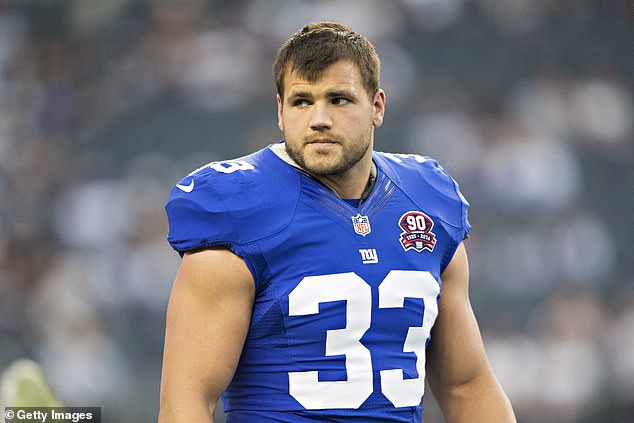 After stints with the Chiefs, Buccaneers, and Giants, Hillis retired from football in 2015 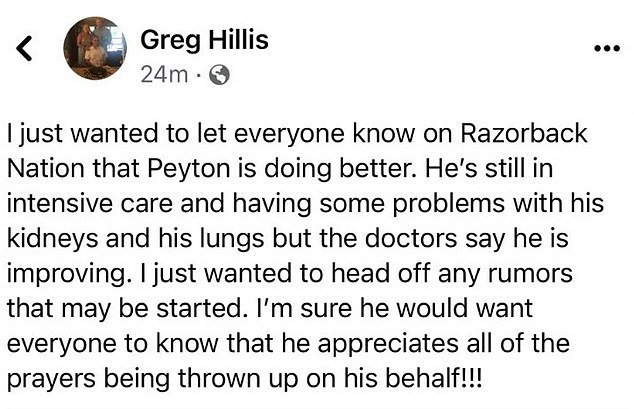 ‘I was going through real bad depression during that time,’ he said of his years in Cleveland in particular. ‘I was getting help because I couldn’t sleep, I was so upset that everything was going down the way it was and nobody could understand.

Of his decision to retire, he said: ‘After a while, it got too hard. I didn’t care as much anymore, I didn’t care to work at it. Football brought me down. I still love the game and I still have a lot of friends in the game, but as far as NFL football goes, my heart’s just not in it anymore.’

Hillis divorced the mother of his children, Amanda, in 2020 and is currently in a relationship with actress Angela Cole.

The two starred in a horror movie, ‘The Hunting,’ that was released in 2021.

The film was a sort of homecoming for Hillis, as it was filmed in the Cleveland suburb of Mantua, Ohio. 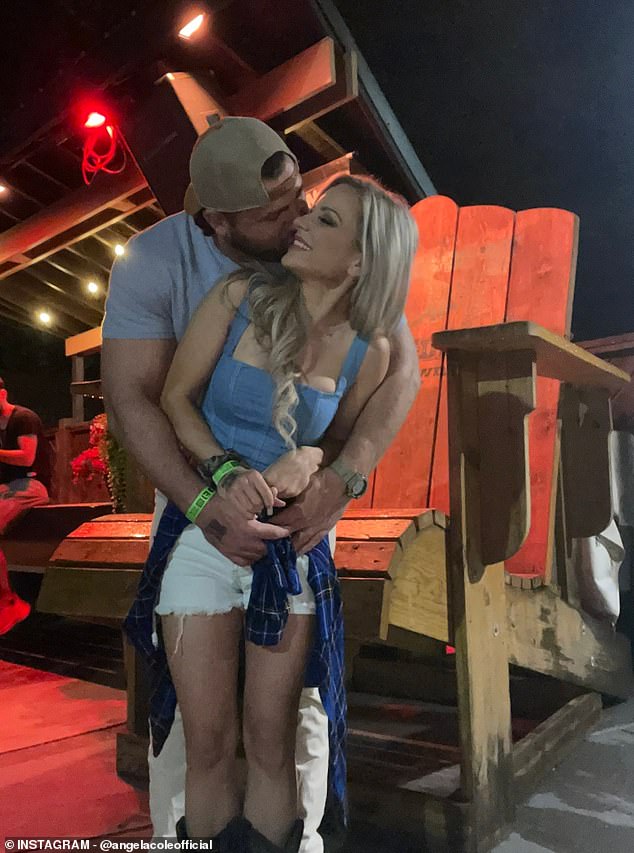 Hillis is now in a relationship with actress Angela Cole, who he appeared with in the 2021 movie The Hunting 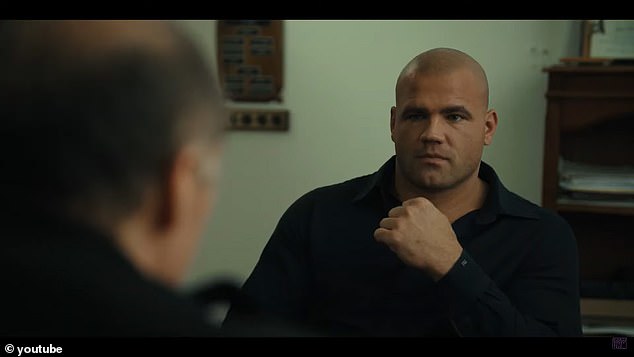 Hillis, in a scene in the 2021 horror film ‘The Hunting’ which was released on video on demand 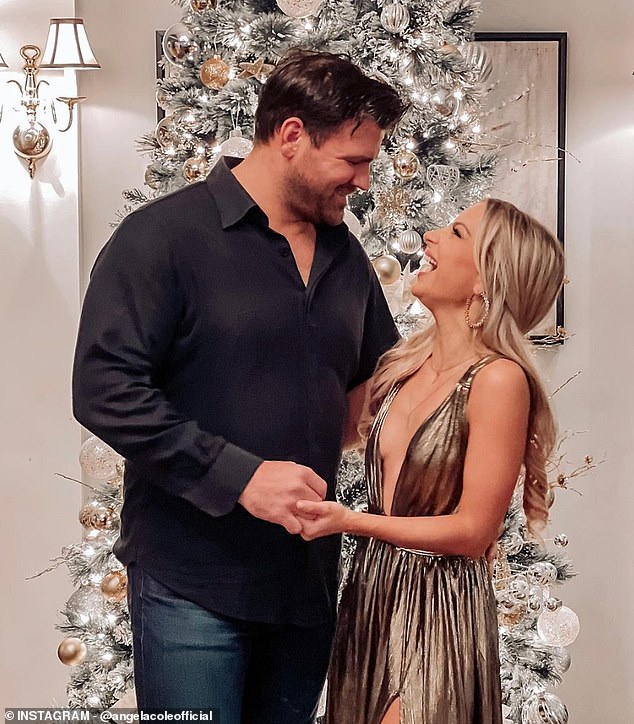 Cole confirmed the relationship in a social media post on July 6, 2022

Cole wrote: ‘I don’t care what they say about ya, Peyt. I think you’re pretty great. Sometimes there’s someone that comes into your life and changes everything. I’m so incredibly grateful for you.’

Hillis appeared to confirm the relationship on his unverified Instagram page in August.

He said: ‘I mean the Bahamas was beautiful… but she’s just’ before adding several emojis with hearts in them.