And the veteran goalkeeper, 38, has dismissed doubters by claiming he still has the ‘same quality’ as he did during his peak playing days. 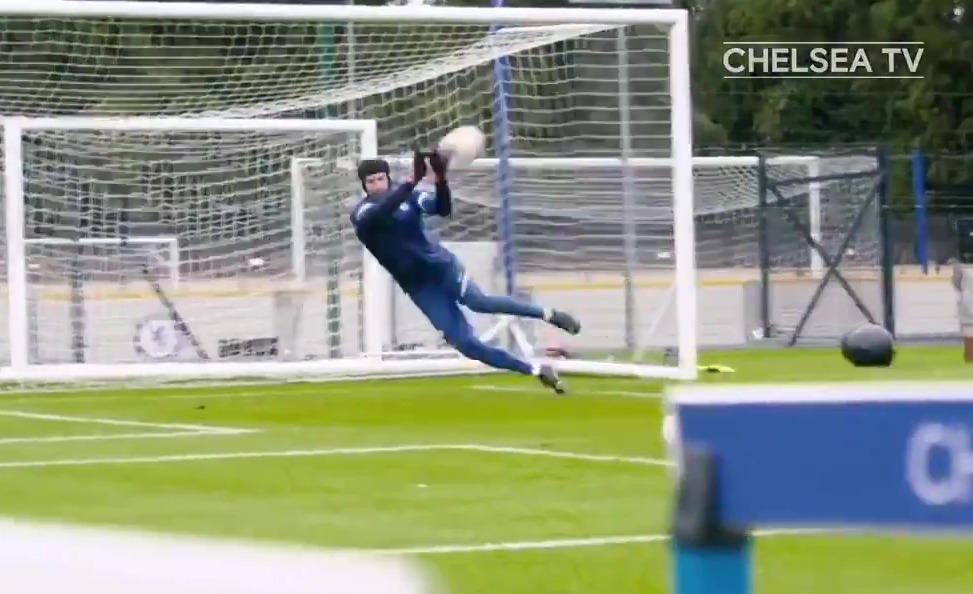 Cech was named as Chelsea’s fourth-choice shot-stopper in a stunning move by ex-teammate Lampard – despite retiring from football last year.

He won four Premier League titles, four FA Cups and the 2012 Champions League during an 11-year spell at Stamford Bridge, playing over 300 times for the likes of Jose Mourinho and Carlo Ancelotti.

Cech also spent time at Arsenal, joining the Gunners in 2015 before bowing out after defeat to Chelsea in the 2019 Europa League final.

He swiftly returned to west London as technical and performance advisor after Lampard replaced Maurizio Sarri in Chelsea’s dugout.

But Cech is now juggling both an office role and a place on the training field following Lampard’s recent goalkeeper woes.

Club record signing Kepa Arrizabalaga, who cost £71million, has established himself as one of the most error-prone goalkeepers in Europe.

And veteran Willy Caballero has also fallen short between the sticks.

Cech was instrumental in helping Chelsea land Edouard Mendy from Rennes over the summer, with the £22m man quickly becoming a firm fan favourite with consecutive clean sheets.

But Cech is now braced to enter the firing line himself, insisting that he remains confident in his abilities and will jump at the chance to play if called upon.

He told Telefoot: “It’s true that it would have been a professional error to do this if I wasn’t at Premier League level, but that’s not the way we work here.

“I know I’m 100 per cent ready to help if needs be. I’m fit, and with the two months of training, I’ve seen I have the same quality.

“Furthermore, I rested for a year without playing football. It really gave me energy.

“My body recovered after playing 20 years as a professional. If the circumstances put me on the pitch, I’m ready.”