MANCHESTER CITY will be dreading a ‘trip to the dentist’ when they try to get three points at Burnley tonight.

That is how one of Pep Guardiola’s management staff has described the Turf Moor experience where they earned a vital win three games before the end of last season as they fought for the title. 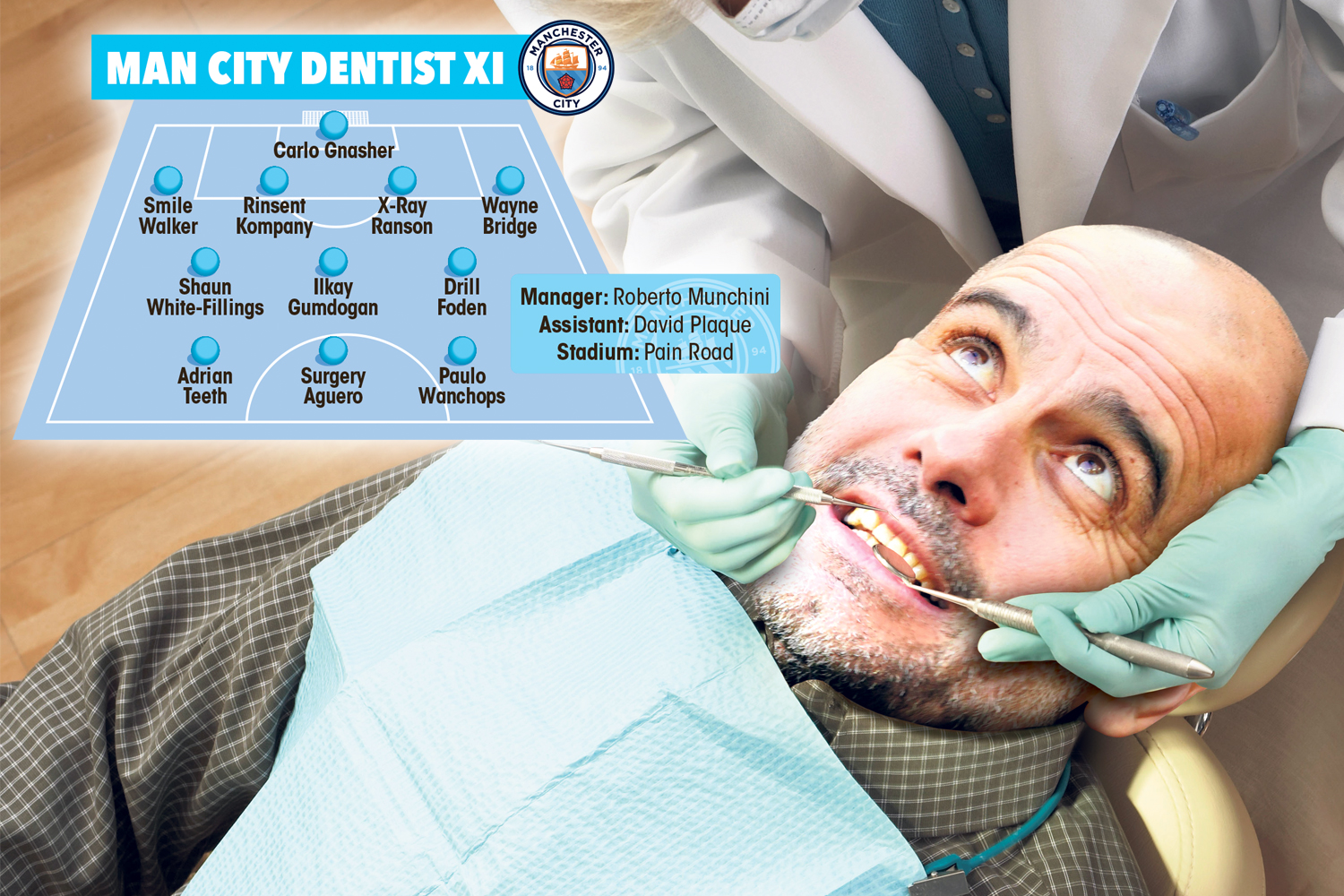 It was April 28th and goalline technology rescued City with Sergio Aguero’s only goal of the game adjudged to have crossed the line by 2.91cm.

But the whole 90 minutes was certainly something Pep and his staff did not enjoy against Sean Dyche’s side prompting fitness coach Lorenzo Buenaventura to say: “Playing at Burnley is like going to the dentist.”

Guardiola also felt like it had been like pulling teeth as he recovered from the ordeal of being bombarded by long balls.

Guardiola said: “I was utterly destroyed by the end of it. I felt like I’d played the whole 90 minutes myself.

“I almost had a heart attack. We had [Aymeric] Laporte and [Vincent] Kompany playing and I’d already put [Nicolás] Otamendi and [John] Stones on to help.

“Seriously, if I’d had John Terry, Carlos Puyol and Rio Ferdinand there that day, I’d have thrown them on too, I’d have done anything, just to make it through those last few minutes.

“They hadn’t had a single shot on goal the whole game and there’s no way they were going to equalise with a long ball booted the length of the pitch into our area!”

The revelations come in the book ‘Pep's City: The Making of a Super Team.’ by Pol Ballus and Lu Martin.

It emphasises just how tough a game teams can have it at Burnley, although that has not been the case of late with successive victories for visitors Chelsea and Crystal Palace.

Still Guardiola is expecting another tough assignment, so warned his players:  “They have to believe we will win tomorrow. That is the fact.

“In the situation we are we cannot think about the people who are in front.

“We have to think about what we have to do to win the games and play quite similar to recent games, especially like Newcastle and, except for 20-25 minutes, against Chelsea. We played good.

“We try to have the chances that we have and concede few, to be more solid in this department and improve.

“It is always difficult for all teams at Burnley. What they do they do perfectly. We need to adapt to their style and play our way.” 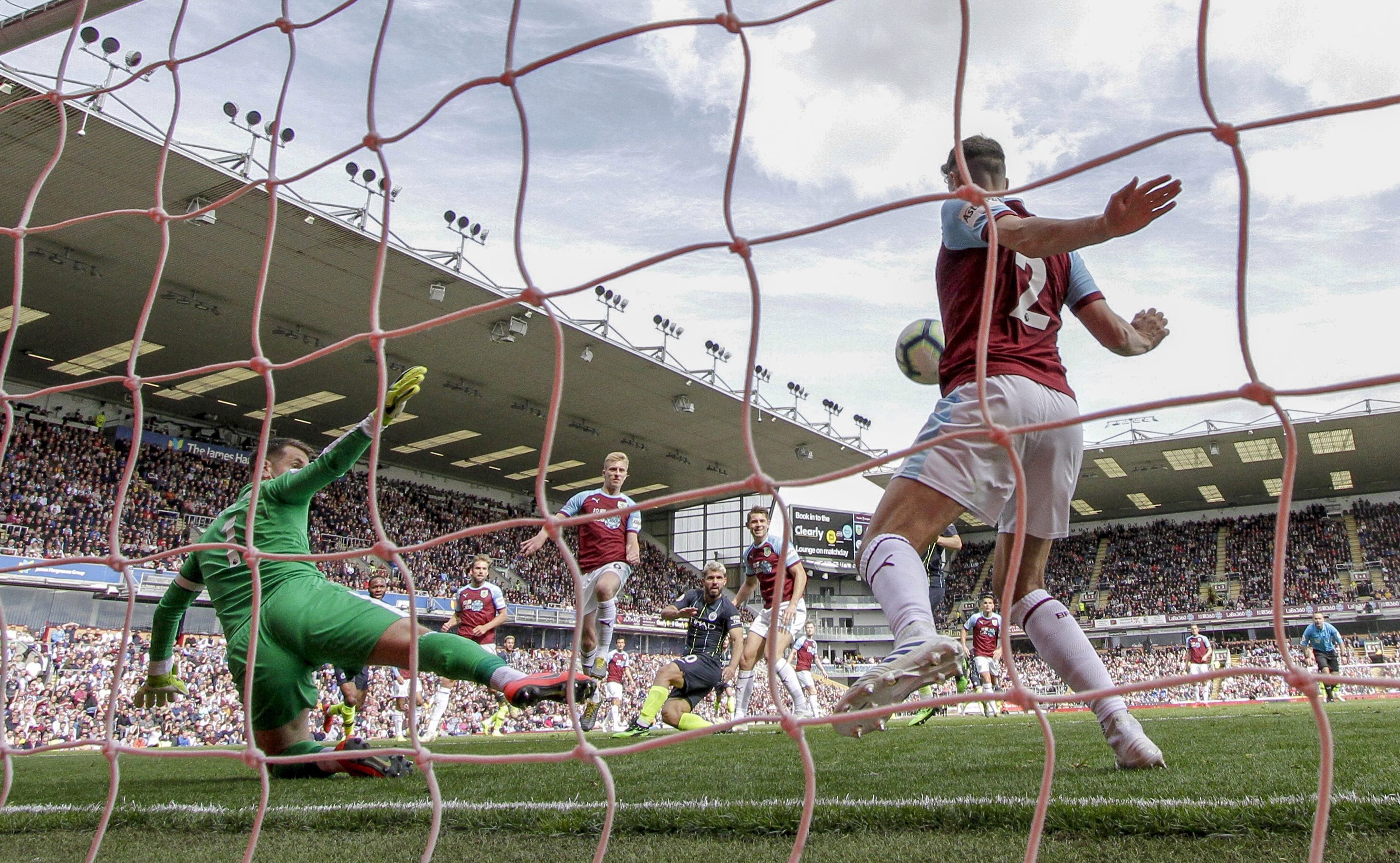 “They play quick and arrive quick on the sides. They are so good in the second balls and at free kick and corners. So we need to adapt.”

City have suffered defensively of late, conceding in each of their last seven games

Still Guardiola insisted he will continue to use Fernandinho at the back despite him being missed in midfield and a recognised centre-half pairing of Nicolas Otamendi and John Stones available to him.

He said: “Fernandinho is not the reason why we win or lose. When we beat Chelsea everyone said how fantastic Fernandinho was.

“When we don’t win it’s because of Fernandinho. It will be my decision. I like him in that position because of the fast build up, for the long balls. Many things.”

April 10, 2020, Comments Off on Democrats opt for blackmail over small-business money — and the media covers for them
We and our partners use cookies on this site to improve our service, perform analytics, personalize advertising, measure advertising performance, and remember website preferences.Ok