If a picture tells a thousand words, the tears streaming down Paul Goriss' face tell a compelling story of heartache, smiling in the face of adversity, and triumph.

Canberra Capitals coach Goriss let his emotions spill over in a sight that tells you everything you need to know about what the "inspirational" Marianna Tolo means to the WNBL club. 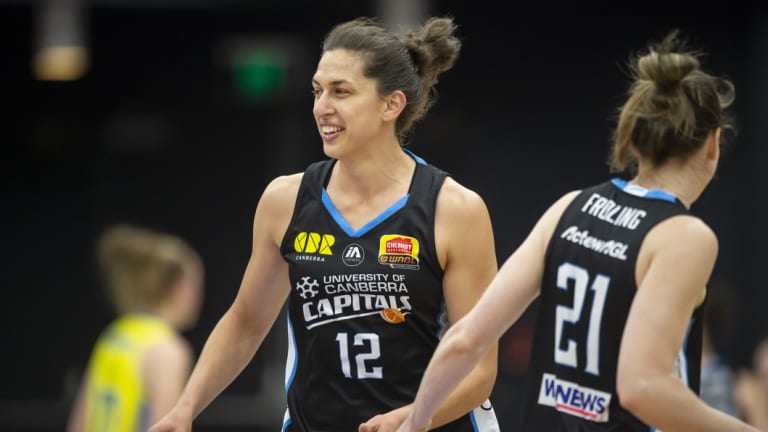 For 10 months the Capitals mentor had waited for this moment. To see the basketball star he has known for 17 years rise above adversity with a fairytale comeback.

Tolo's second anterior cruciate ligament tear cost her a shot at the world championships, and she was forced to endure another surgery when her return was delayed by a torn meniscus.

Finally, she is back. Tolo put up 23 points and four boards in 21 minutes to inspire the Capitals to a 94-63 thrashing of the Bendigo Spirit at the National Convention Centre on Sunday.

Try as he might, Goriss couldn't hold back the tears after the game.

"Inspirational. For what she has had to endure over the last nine to 10 months and the things the injury brought about – no world championships and the second little bit she had to go under the knife for," Goriss said.

"I’ve known her for a long time, but it was just… inspirational. We go back a long way from when Tolo was 12. She’s just a unique person, and I’m just happy for her."

Tolo was a constant at Capitals training sessions during her time on the sidelines, filling water bottles or looking after the clock. A hero's welcome was fitting.

The cheer that rung out when "No. 12… Marianna Tolo" was beamed over the PA system before the game was enough to send chills down the spine of even the most ardent Spirit supporter. 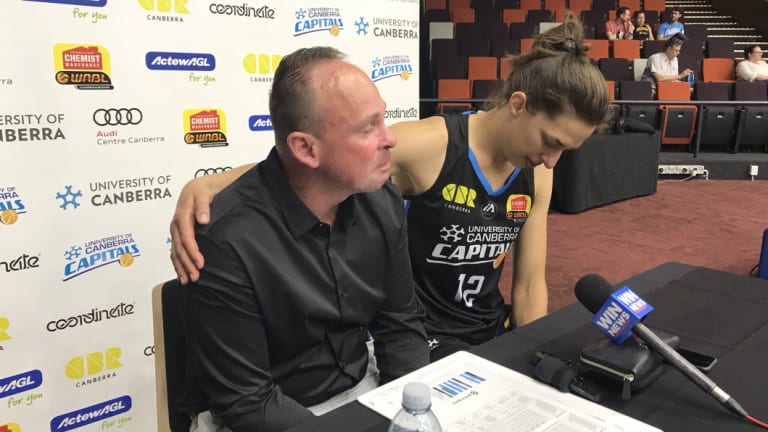 Paul Goriss was in tears when describing how proud he is of Marianna Tolo.Credit:Caden Helmers

The only thing louder was the roar when the 29-year-old checked into the game midway through the first quarter. When her first shot went up, Tolo had one thought running through her head.

And when it did?

"I was nervous to begin with, it felt strange to be out on the floor with people watching you. I’m really happy to be back on the court and graduated out of rehab, that’s for sure.

"[There were more nerves] yesterday when we came to the shootaround, that was the first shootaround I’d been in. Just the reality of it finally set in, I had butterflies in the stomach.

"Going through the process of the warm-up, it just felt natural and it felt like home."

Kelsey Griffin was the standout the WNBL has grown accustomed to (21 points, seven rebounds, six assists), while point guard Maddison Rocci shone in a battle of "master versus student" against Nat Hurst. 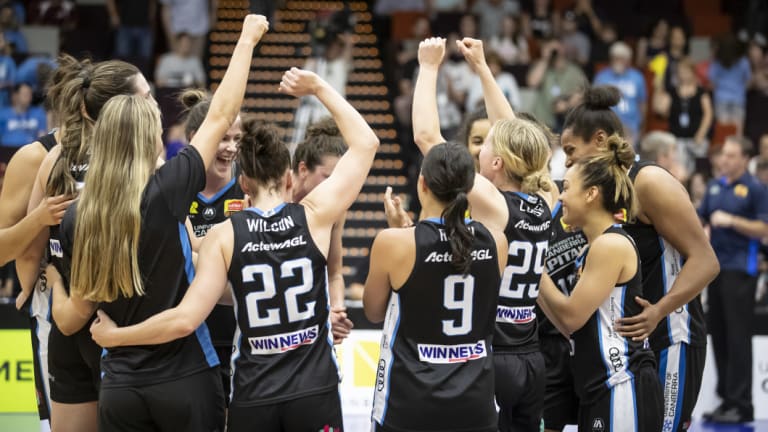 The ease with which Canberra snapped a two-game skid allowed Goriss to use every weapon in his arsenal – Elizajane Loader, Abby Cubillo and Hannah Young all got a taste of the action, and they have earned every second.

"I have trust in them, it’s just about biding their time, because for some of them it’s their first time in the WNBL. You see Muffy [loader, Abby and Hannah and all of those girls, they train their backsides off," Goriss said.

"Keely [Froling] probably hasn’t got the opportunities she deserves for how much she practices, but you never disregard the amount of effort they’re putting in."

So the Capitals walked away victors to the tune of 31 points. The scary thing? Tolo has only just returned from a long stint on the sidelines and Kristy Wallace is still waiting in the wings.

The best is yet to come.