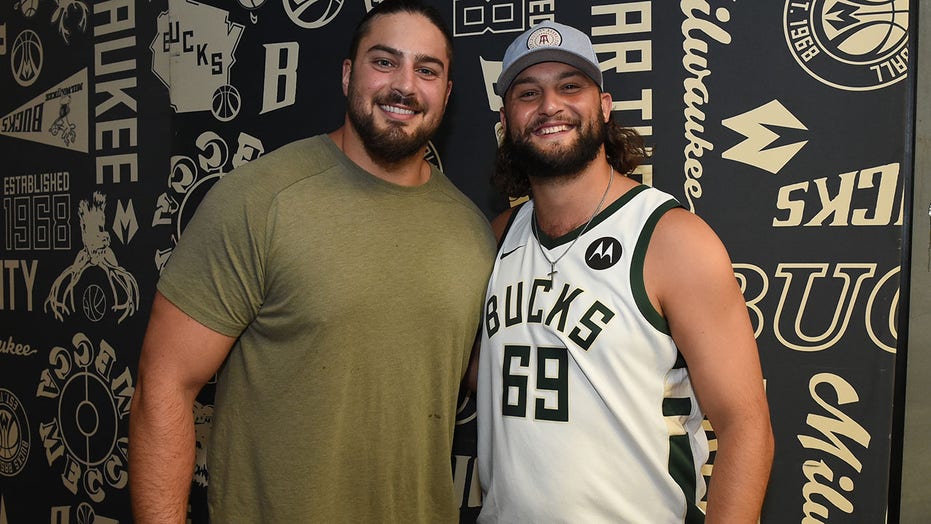 Green Bay Packers offensive lineman David Bakhtiari delighted Milwaukee Bucks fans on Sunday night with one of his patented beer chugs during a break in Game 3 against the Phoenix Suns.

Bakhtiari, this time, had a little surprise when was called on to rally up the crowd – his father. After Bakhtiari finished with his beer, his dad, Karl, joined in on the fun. 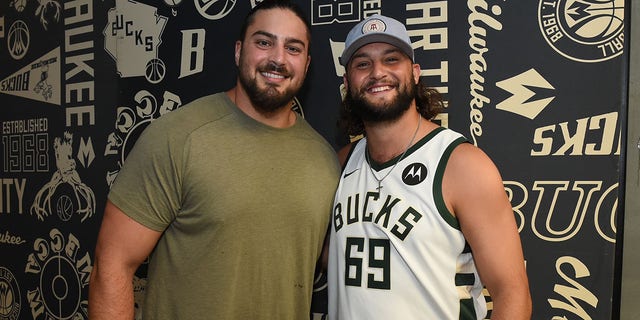 Green Bay Packers David Bakhtiari and Dana Beers at Game Three of the 2021 NBA Finals between the Phoenix Suns and Milwaukee Bucks on July 11, 2021, at Fiserv Forum Center in Milwaukee, Wis. (David Dow/NBAE via Getty Images)

The Suns still lead the series, 2-1

Game 4 is set for Wednesday at 9 p.m. ET in Milwaukee.