BOXING legend Oscar De La Hoya has showed off his blistering hand speed and punch power in a clip he posted on social media.

The 47-year-old – who revealed in June he is considering make a comeback after 12 years out of the ring – has given fans a glimpse of his current condition. 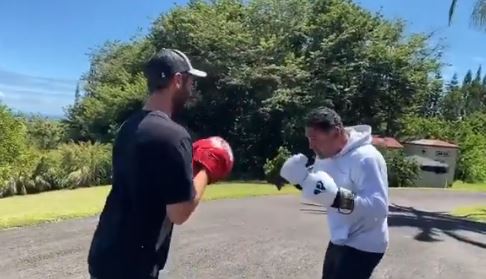 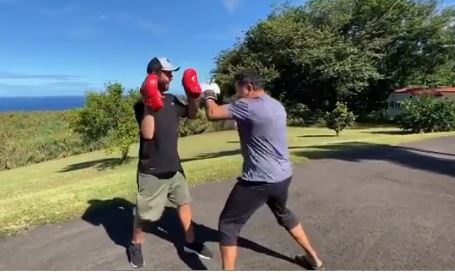 In a video he posted to his 824,000 Instagram followers, the Golden Boy displayed his speed and power during a mitts session.

Captioning the upload, he said: "My boy, Ryan, was helping me warm up. This was his first time holding mitts #comeback."

His supporters were full of praise for the 1992 Olympic gold medallist, as one commented: "Looking good and strong sir!"

Another messaged: "Hand speed still incredible. Would love to see you step back into the ring."

A third added: "Hell yeah, show this new generation what boxing is all about."

Meanwhile one simply stated: "Once a BEAST ALWAYS A BEAST!!!"

De La Hoya – who hasn't fought since his defeat against Manny Pacquiao in December 2018 – has been linked with a number of fighters should he lace up his gloves again.

Meanwhile UFC legend Conor McGregor is another potential option after the duo spoke of facing each other.

And De La Hoya has refused to rule out a potential fight against Saul Alvarez in 2021.

Asked by DAZN about a possible fight against Canelo, he stated: "I don’t know. I’m crazy but not that crazy.

"Canelo is an amazing fighter, he’s the best, he’s a pound-for-pound champ, and he hits like a mule.

“You’re throwing me in the fire here. That’s a challenge. I never back down from anybody, but we’ll have to wait and see."