Sectionals are just part of the racing form puzzle but, given their increasing accessibility, they have become a significant piece in assessing the merit of a particular run.

The Peter and Paul Snowden-trained gelding Military Zone is a case in point. The three-year-old lines up as one of the favourites in the listed $150,000 Gosford Guineas (1200m) having run fourth at Randwick first-up. From the wide draw over the 1100m, Military Zone was forced to settle at the rear of the field. 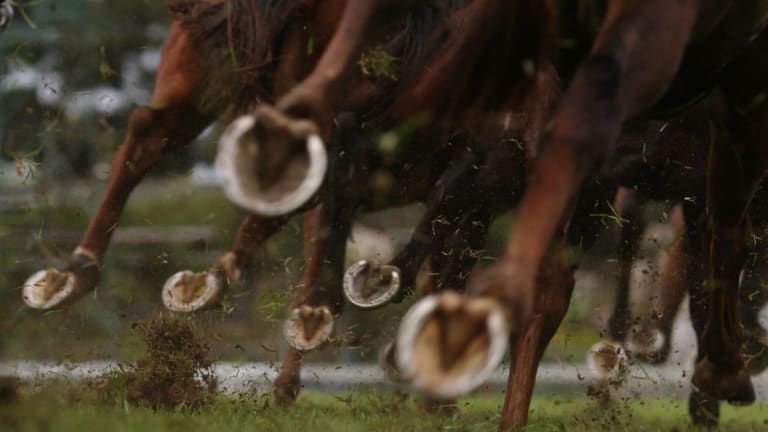 Chance: Military Zone in the Gosford Guineas looms as the bet of the day on a seven-race card.Credit:Tim Clayton

Punters Intelligence reveals that Military Zone ran the fastest 600-400m split in the race (11.39s) before flattening out the final 400m. His final 200m split of 11.57s still ranked second to the winner
Deprive (11.35s) but was 1.5 lengths inferior. That was the difference in the end.

Deprive clocked the fastest last 600m split of the entire day in that race (33.76s). The sizeable gap back to fourth also suggests the form through the race will stack up.

It’s not the first time Military Zone has been a sectional star either. In beating subsequent group 3 winner Danawi last preparation at Randwick, Military Zone ran a final 600m of 32.99s, which was two lengths superior to anything else in the race. His last 200m was a dominant 11.03s. That was just the horse’s third start too. He is a talented animal.

On the subject of sectional times, nobody missed the fast-finishing second from Aloisia in the group 2 Villiers Stakes a fortnight ago. The group 1-winning Ciaron Maher and David Eustace-trained
mare, set to line up in the $160,000 group 3 Gosford RSL Belle Of The Turf Stakes (1600m), clocked 12.02s for her last 200m which was two lengths quicker than the next best, My Nordic Hero.

There is no denying the class of Aloisia but the wide Randwick straight is a far cry from the tighter 250m straight at Gosford. Jockey Brenton Avdulla will no doubt be tasked to have the four-year-old closer in the run from barrier 3.

Download the Punters Intelligence app for free from iTunes and Google Play.