Novak Djokovic fought off nerves and the teenage exuberance of Lorenzo Musetti to reach his 15th quarter-final at the French Open.

This was a first chance for 19-year-old Musetti, playing in his maiden grand slam, to test himself against one of the sport’s big beasts and for two sets the Italian was mesmerising before fading dramatically, pulling the plug trailing 6-7 (7) 6-7 (2) 6-1 6-0 4-0.

Djokovic had cruised through his first three matches, but the world number one said: “I actually felt more nervous when I was starting the match than when I was two sets down.

“To be honest, I even liked the fact that I lost the first couple of sets because I just played under a certain kind of tension and wasn’t able to go through my shots. Too many unforced errors and just not playing and not feeling great.

“But credit to him for playing well in important moments. After I lost the second set and went out to change and came back on the court, I just felt different. I was a different player. Started playing the way I was supposed to play at the beginning.

“Then towards the end of the third, beginning of the fourth, I saw that he’s struggling physically. Obviously that gave me even more motivation to try to apply more pressure on him and finish him off. That was the case.

“It’s unfortunate for a young player like him, being two sets to love up on the centre court in his first fourth round, he was unable to physically sustain the level, at least to give himself a chance to win this match, because he was in a driving position, definitely, for the first couple sets.”

Musetti’s one-handed backhand is his signature shot and he used it brilliantly, pulling off spectacular winners but surprising Djokovic also with its versatility and robustness.

The Serbian looked edgy and made unexpected errors, particularly in the two tie-breaks – remarkably, the young Italian has won all 10 he has played at tour level.

When Musetti took the second set, one of the biggest upsets of recent years appeared on the cards, but Djokovic came out firing at the start of the third set and that was all it took to change the momentum completely.

The Italian youngster had mixed feelings afterwards, saying: “It was a fantastic experience. I was playing, I think, my best tennis, for sure. I have never played like today. 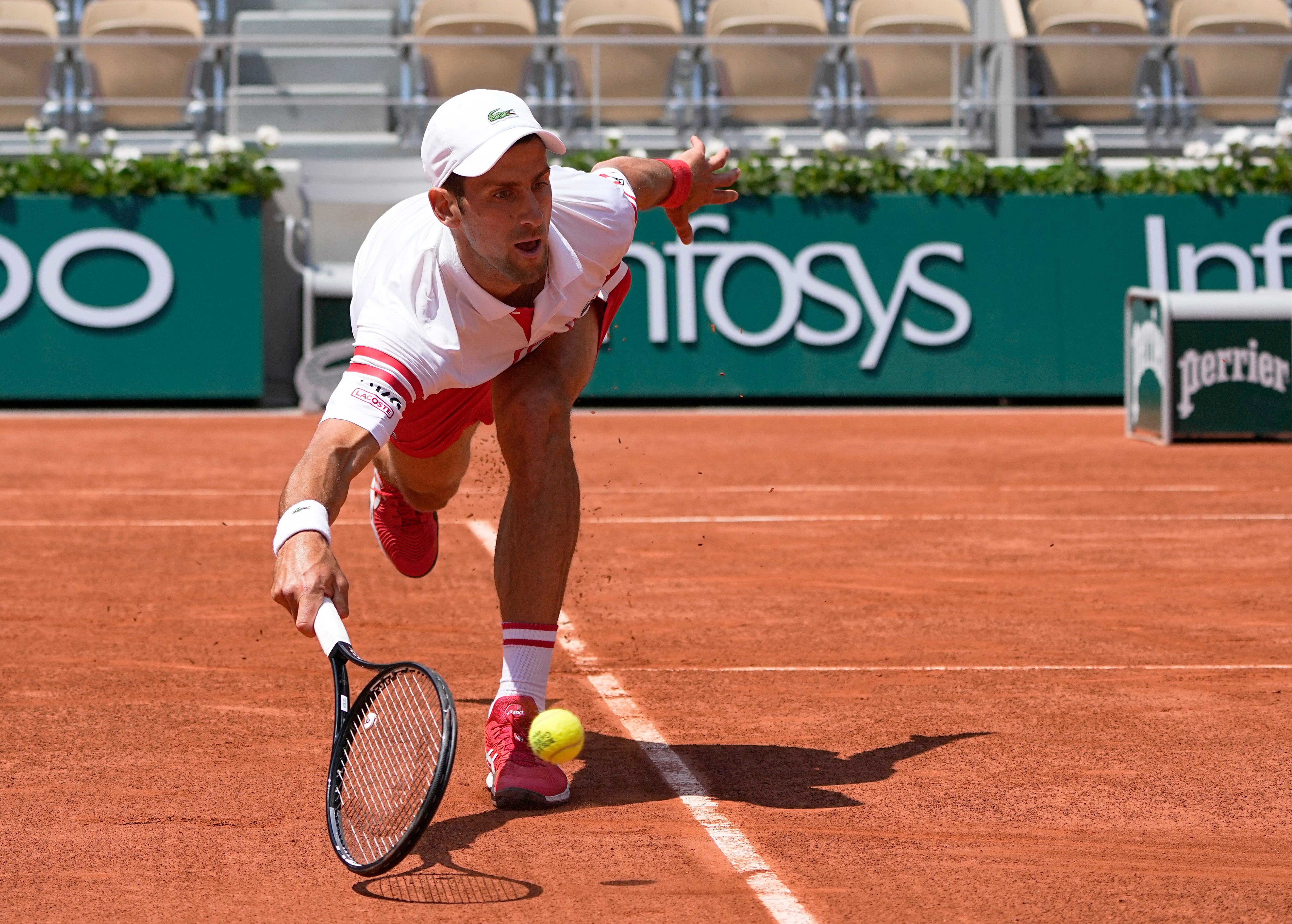 “The first two sets were really long. Of course I’m a little bit disappointed but I played against the number one in the world and I took the first two sets. He started to play really good and then I had some problems with my physical part. I think I have to work there.”

Explaining his decision to retire, Musetti added: “It was just a little bit of cramps and a little bit of low back pain. I was not any more able to win a point, and so it was not really great for the crowd that was there, so I decided to retire.”

Musetti certainly did enough to impress Djokovic, who could empathise having struggled with the physicality of the sport in his early years on tour.

“Experience is the best teacher,” said the top seed. “Musetti has definitely all the qualities in his tennis, in his game on clay particularly, but also other surfaces, to be a top player. I wish him all the best.” 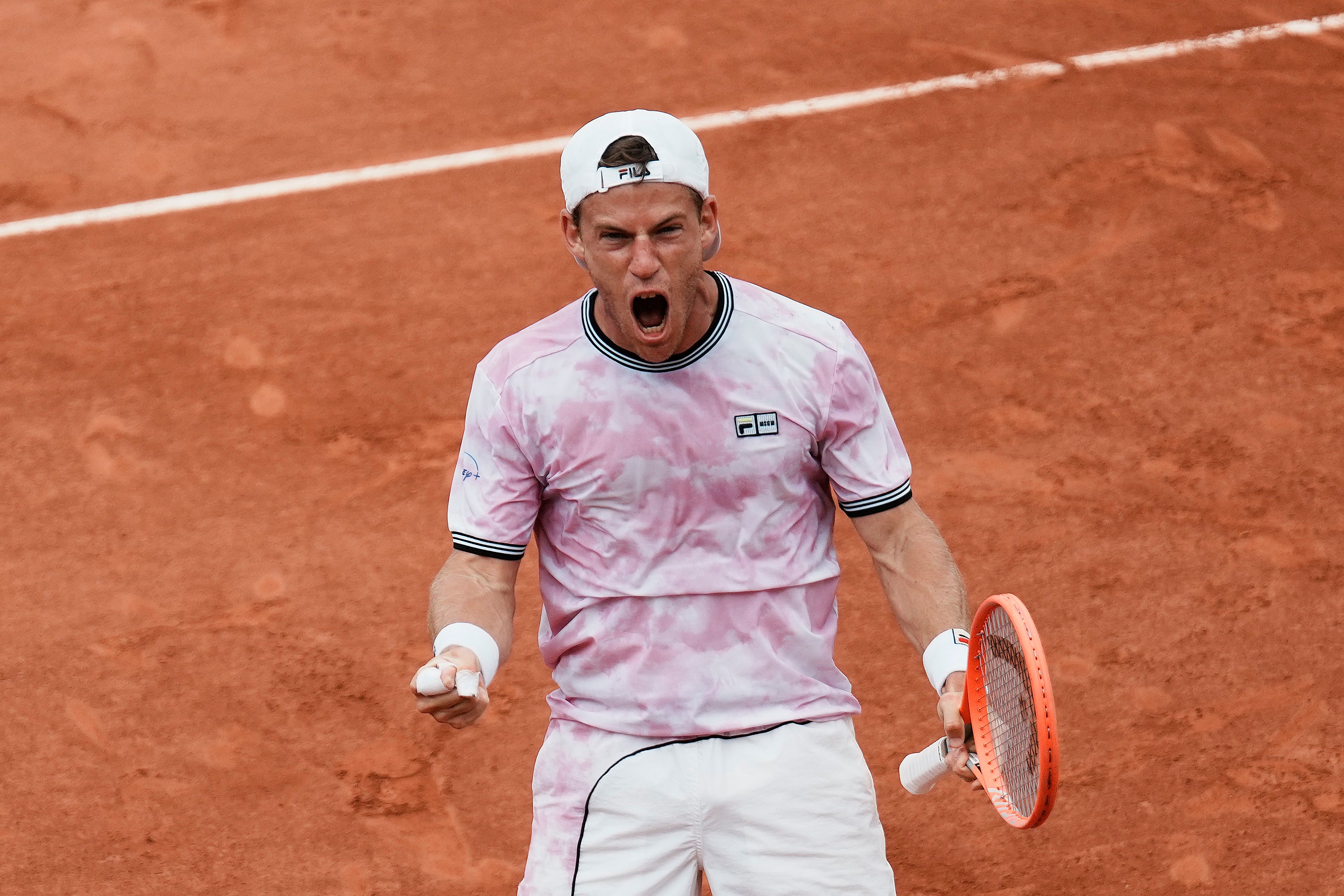 In the last eight Djokovic will face another Italian, Matteo Berrettini who was the beneficiary of Roger Federer’s withdrawal.

Diego Schwartzman has made it through to the quarter-finals without losing a set, but that hardly tells the story of a dramatic 7-6 (9) 6-4 7-5 victory over German Jan-Lennard Struff.

Struff led 5-1 in the opening set and held seven set points, while he fought back from 4-0 down in the third set, but it was Schwartzman, a semi-finalist last year, who came out on top.