DANIEL FARKE needed look no further than Leicester to see how a Great Escape can be done.

And after this shock victory over the Foxes, his Norwich side’s own unlikely survival bid is very much on. 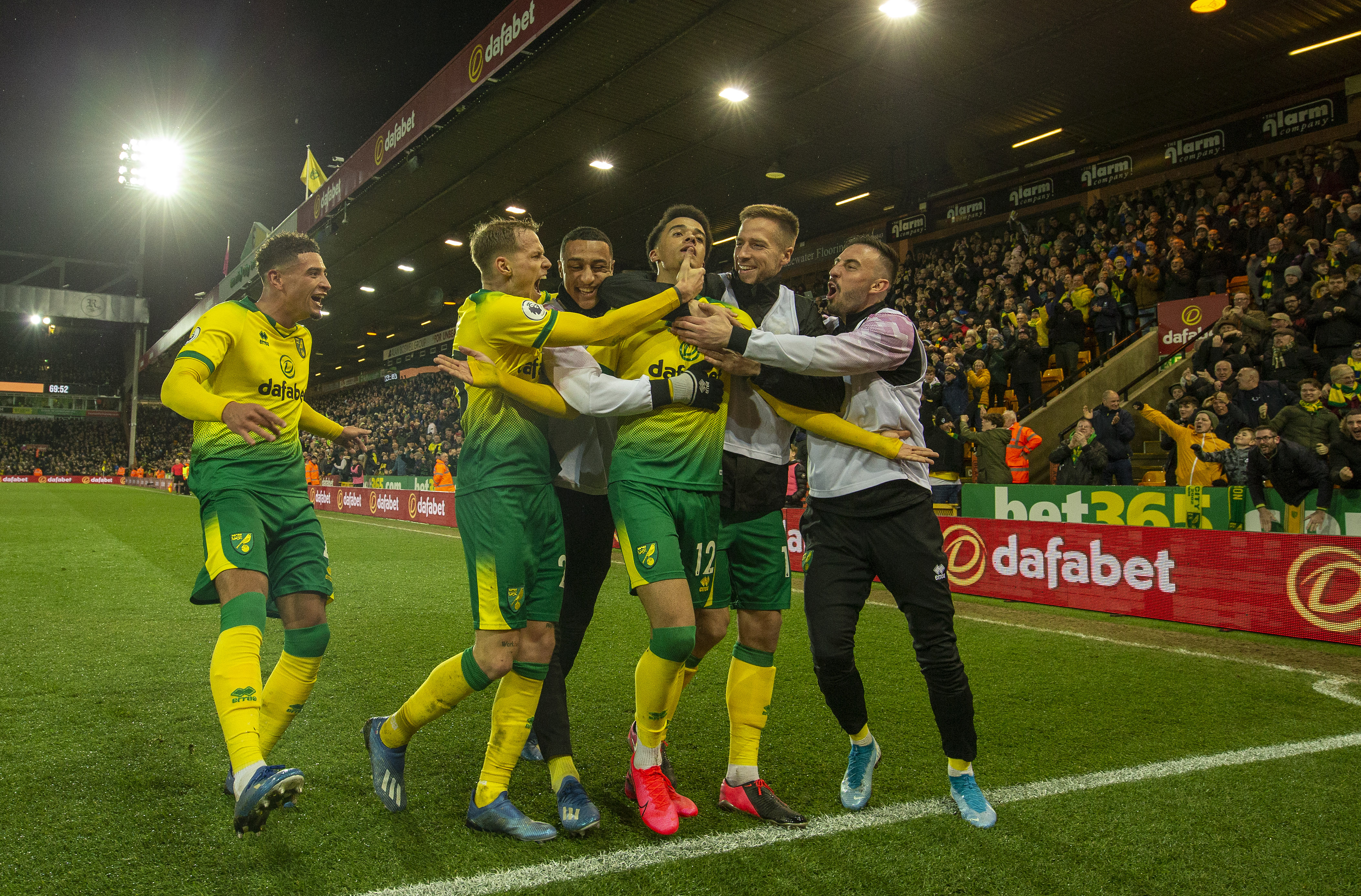 Left-back Jamal Lewis provided the match-winning moment by brilliantly blasting home from an acute angle with 20 minutes to play.

It ended a run of 696 MINUTES without a goal from open play for the Canaries, who needed to rely on VAR to chalk off an earlier Kelechi Iheanacho strike.

Leicester came back from the dead five years ago to stay up under Nigel Pearson.

Just like Norwich heading into last night’s game, the Foxes in 2015 were bottom of the table on 18 points and seven from safety with 11 games to go.

Things worsened before they improved for Pearson’s, with ex-Leicester and Norwich loanee Harry Kane hitting a hat-trick in a 4-3 defeat at White Hart Lane in mid March.

But that was followed by a stunning run of seven victories from the final nine games to seal survival.

Norwich are arguably playing better football than Pearson’s side were and thanks to this victory are now only four points from 17th spot.

But on the 15-year anniversary of Delia Smith’s famous ‘Let’s be avin’ you’ speech, boss Farke will have to be at his rousing best to inspire his side out of trouble given their tough run-in.

Trips to Arsenal and Chelsea are to come before a final-day visit to the Etihad where Pep Guardiola’s side will be looking for revenge for their 3-2 humiliation at Carrow Road in September.

But this unlikely three points has given them a shot of replicating the Foxes’ amazing achievement.

That feat was famously bettered the following year as Claudio Ranieri, in for the ruthlessly axed Peason, led Jamie Vardy and Co to the title.

Vardy, chasing 100 Premier League goals, is one of the few surviving members from that squad but he was ruled out here due to a calf injury.

Emi Buendia was recalled by Farke and the Argentine’s tidy play helped the hosts dominate possession in the early stages.

But in what has been a recurring theme for the Canaries this season, they struggled to make it count for anything. 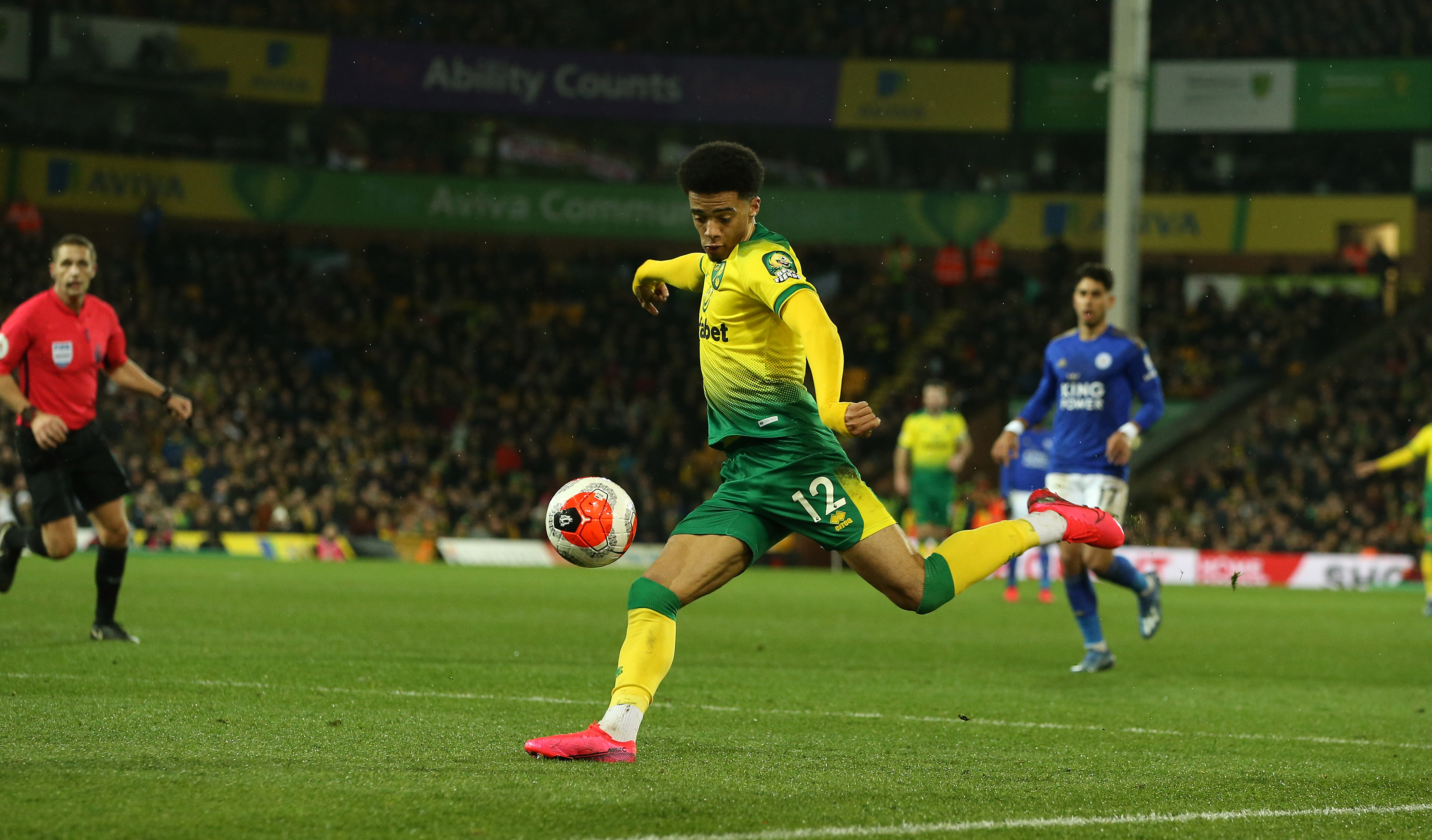 Kasper Schmeichel’s goal was largely untroubled in the first half, barring a Ben Godfrey header from Ondrej Duda’s cross which forced Leicester’s captain into a save.

James Maddison provided the talking point going into the game and how he would be received on his return to Carrow Road since his £24million move to the Foxes in 2018.

The answer was not particularly warmly as the England midfielder was jeered while waiting to take an early corner.

Most Yellows fans will recognise though that they were never likely to hang on to Maddison two years ago.

Not only was the playmaker too good for the Championship but the club were also in desperate need of money after years of spending beyond their means.

From then on, the best chances fell Leicester’s way. 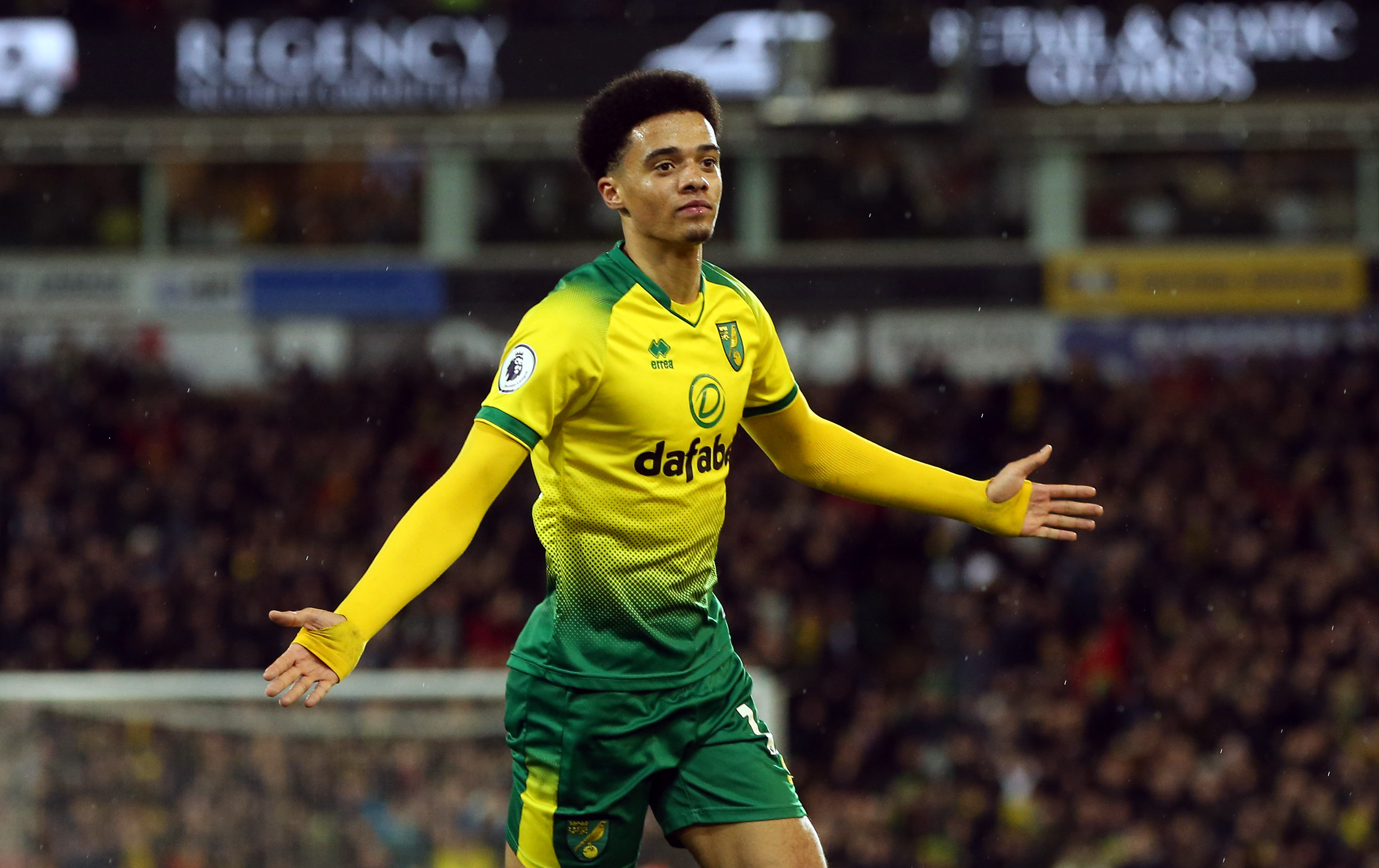 Dennis Praet, preferred to the benched Youri Tielemans, threatened with a low blast down Tim Krul’s throat before clipping the outside of the post.

Ayoze Perez almost provided the breakthrough with a drive towards the home penalty box before firing a low shot which Krul had to get down to low to claim.

Ex-Newcastle man Perez then showed some twinkle toes in the box to tee up Iheanacho for the best chance of a dull first 45.

The Nigerian, in for Vardy, controlled the ball, swivelled but then blazed well over the bar.

Iheanacho thought he had made up for it four minutes after the break as he curled beautifully into the corner from just outside the area.

But pesky VAR adjudged the ball to have brushed the ex-Manchester City man’s hand as he battled with Godfrey in the build-up and the strike was chalked off. 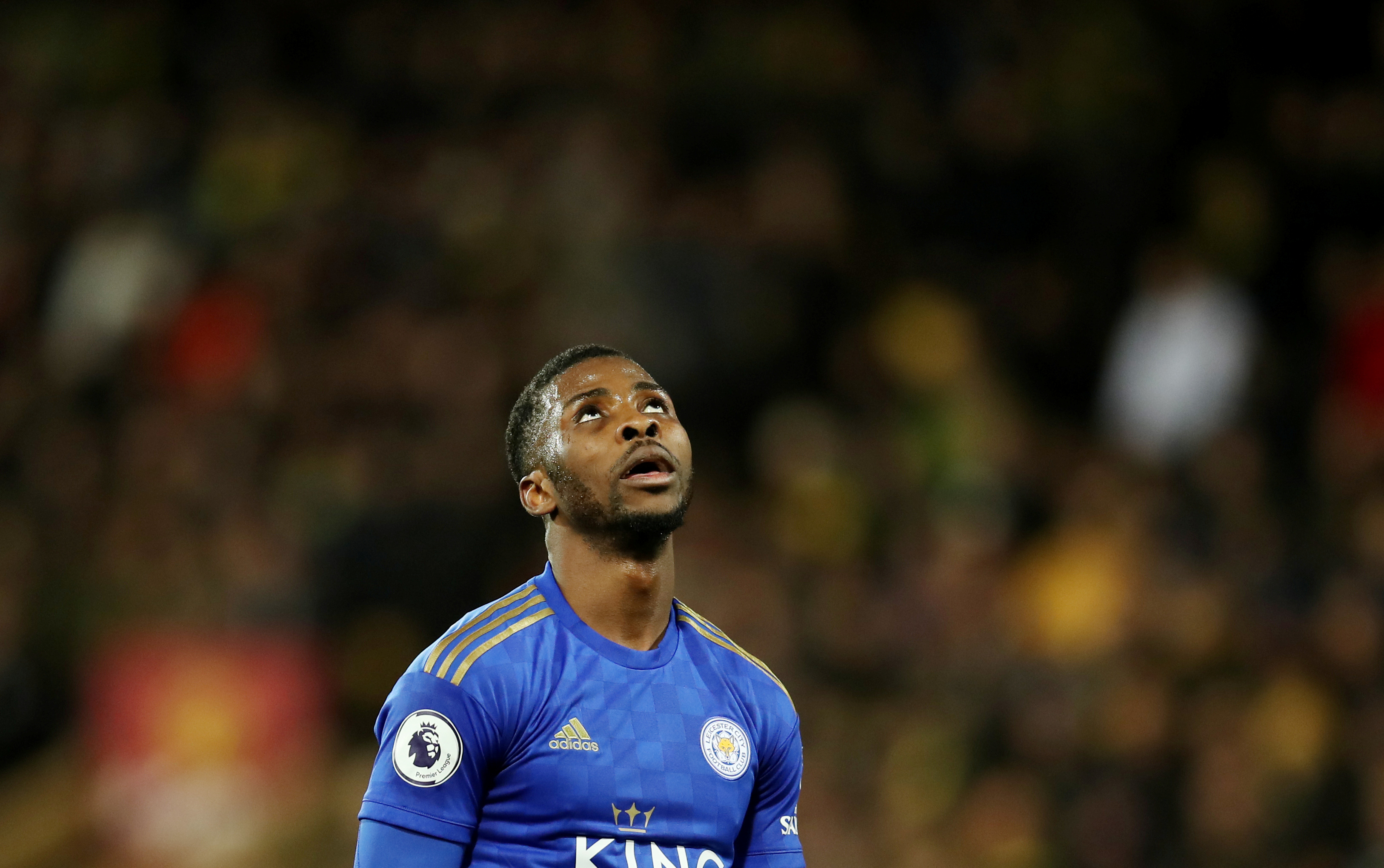 Brendan Rodges shook his head in disbelief as replays showed the ball hit both players simultaneously.

And though by the letter of the law the decision was correct, it did not improve VAR’s reputation as a heartless goal-killer that had consigned yet another super strike to scrap-heap.

Norwich were buoyed by their lucky escape and were it not for Schmeichel’s stunning reactions, Duda would have ended their barren run.

First, the Dane pulled off a brilliant, one-handed stop to turn Duda’s scorcher from range over the bar.

That was a half chance but the next one was gilt-edged for the Slovak as he shot from inside the box but could only hit it straight at Schmeichel who beat the ball away.

But there was nothing Schmeichel could do about Lewis’ winner with 20 minutes to play.

Fellow full-back Max Aarons fired the ball to the other side of the box where the Northern Irishman controlled it before bending it beautifully into the far corner.

Norwich almost had a second in the dying stages as sub Josip Drmic had a shot repelled.

But in the end one was enough to have the Yellows dreaming of doing their own version of a Leicester. 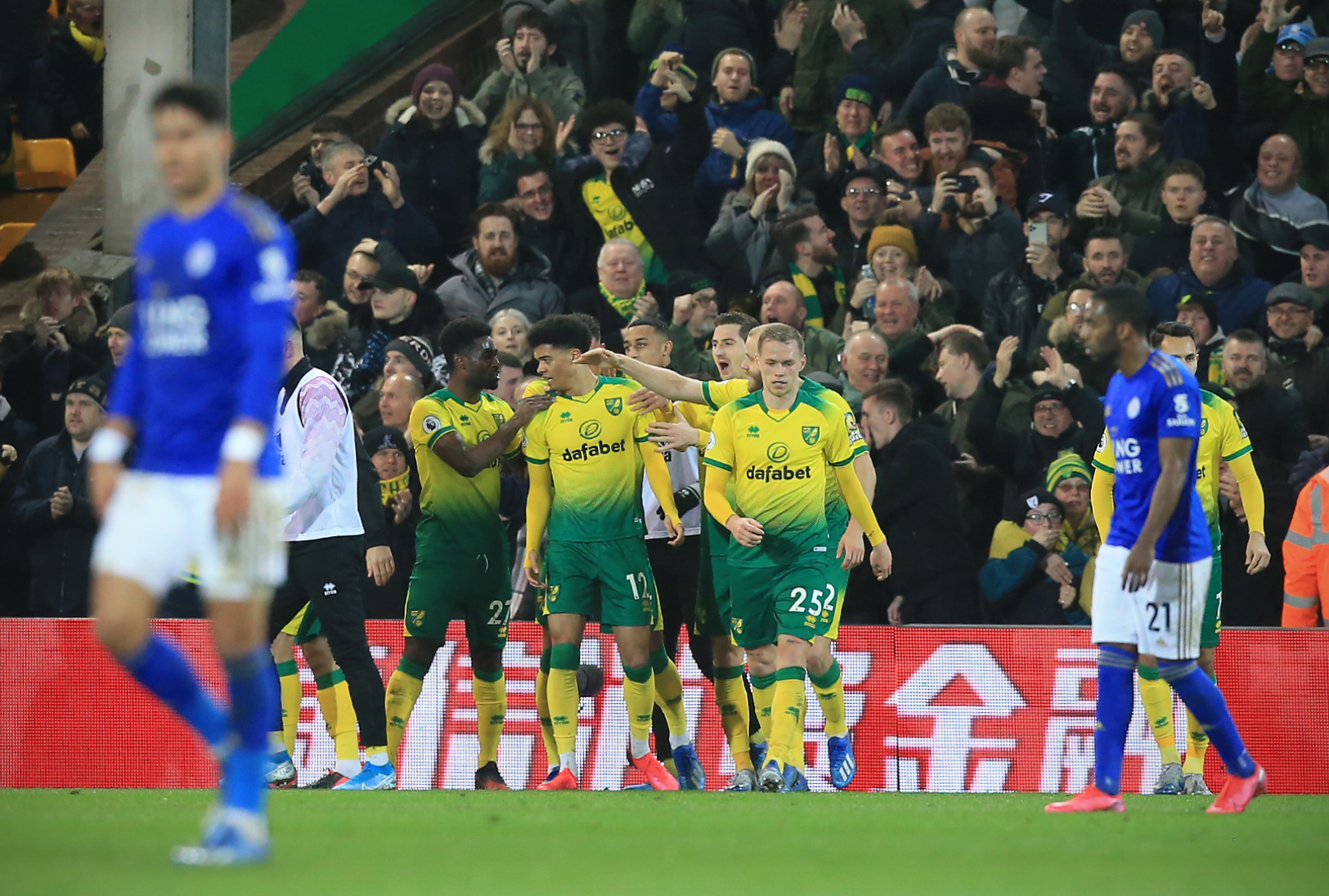 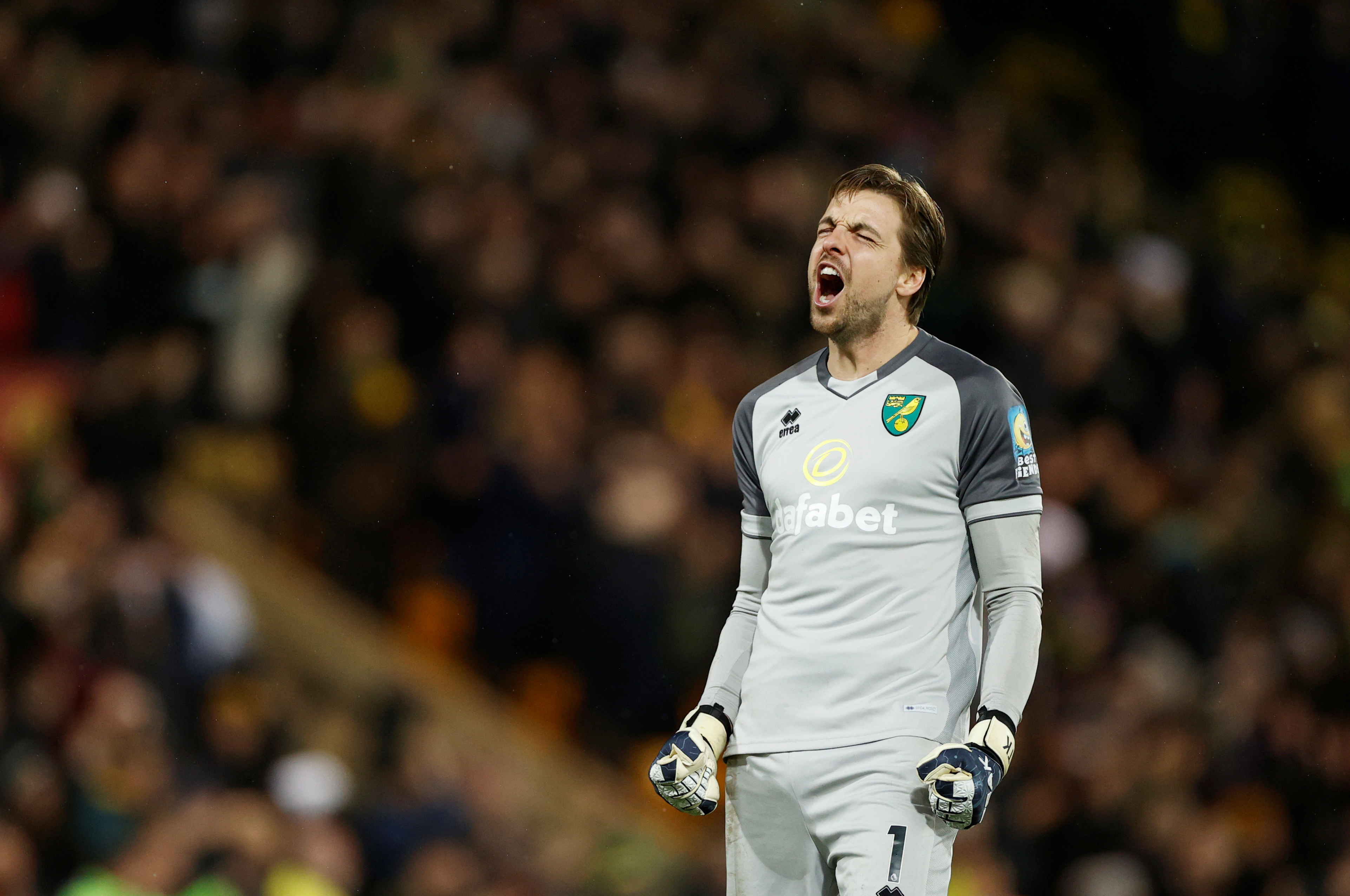 April 1, 2020, Comments Off on Matt Baker’s home: Inside the BBC presenter’s Hertfordshire farmhouse as he bids The One Show farewell

April 1, 2020, Comments Off on Netflix's 'Selena: The Series' Actress Madison Taylor Baez Shares the Beautiful Connection She Has With Selena Quintanilla

April 1, 2020, Comments Off on Celtics' Marcus Smart Will Donate Blood for Experimental COVID-19 Treatment After Recovering
We and our partners use cookies on this site to improve our service, perform analytics, personalize advertising, measure advertising performance, and remember website preferences.Ok