ENGLAND football legend Nobby Stiles has died aged 78, with World Cup hero Sir Geoff Hurst paying tribute to him as the "heart and soul of the team".

The ex-Manchester United midfielder, famous for his missing teeth and dancing on the Wembley turf in '66, has passed away after a long illness, his family said today. 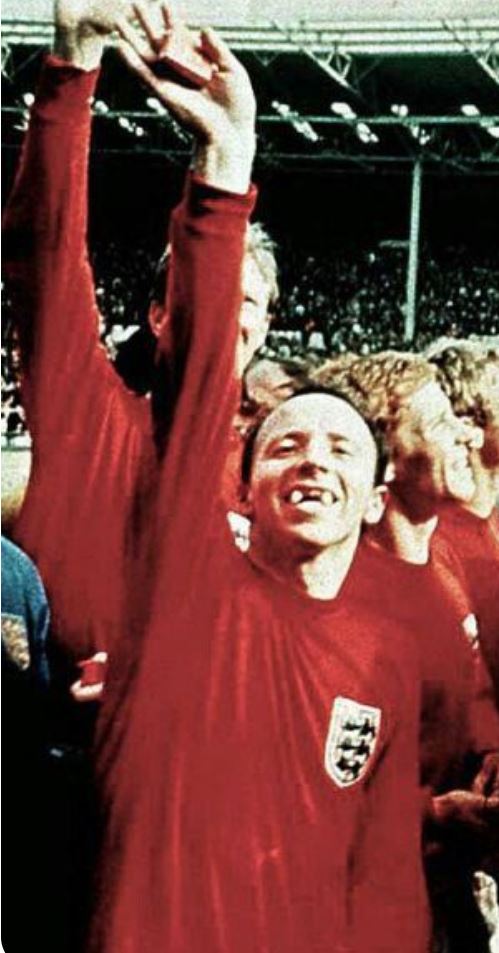 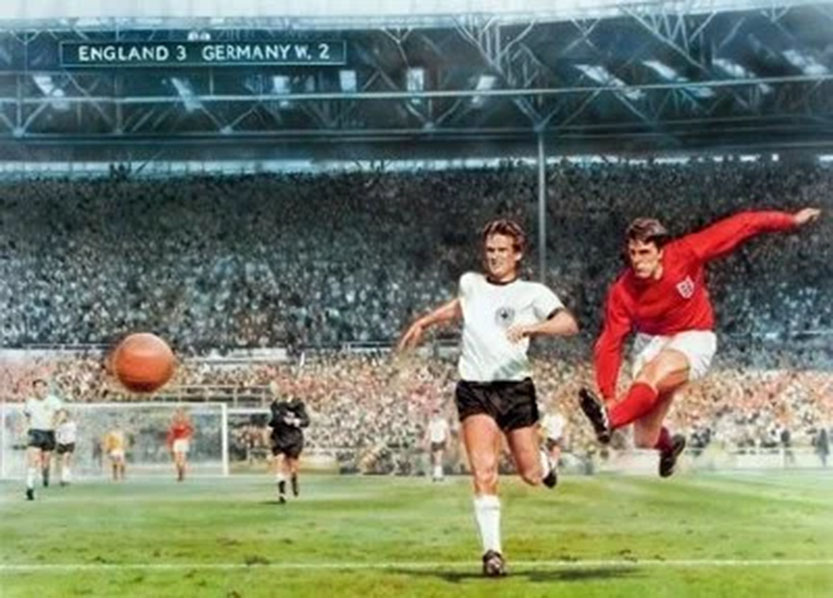 1966 hat-trick hero Sir Geoff hailed Stiles, who starred alongside him in that the victorious England team.

"We were playing together way back for the U17s, U23s, and of course, for England, in fact, it was my first cap when Nobby scored, I think he was wearing No. 9!

"Great character, and the heart and soul of the team, he will be sorely missed." 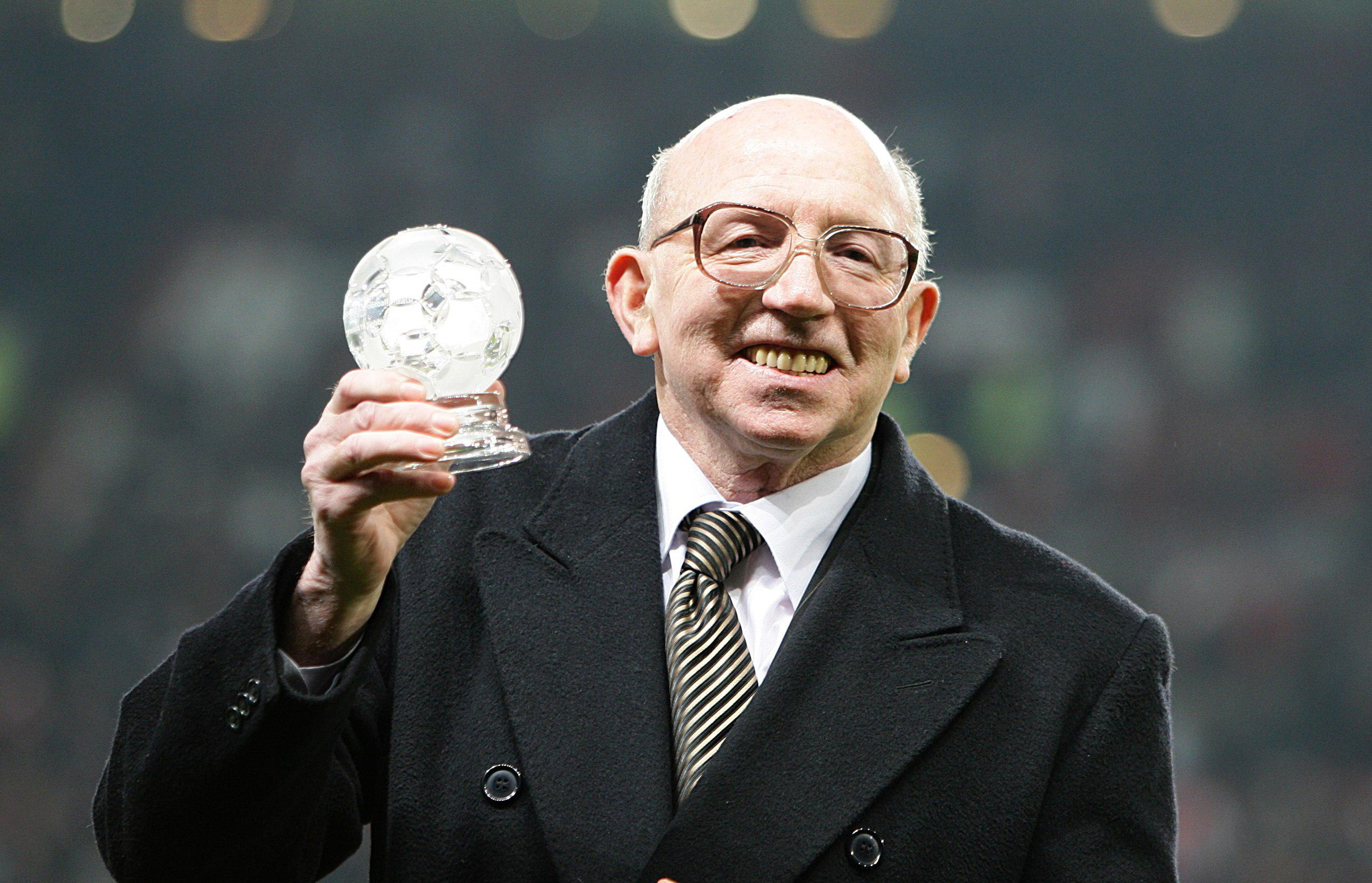 Stiles had been battling Alzheimer’s and vascular dementia for 18 years and had been diagnosed with prostate cancer in 2012.

His family said in a statement: "The Stiles family are sad to announce that Nobby Stiles passed away peacefully today surrounded by his family after a long illness.

"The family kindly ask for privacy at this sad time." 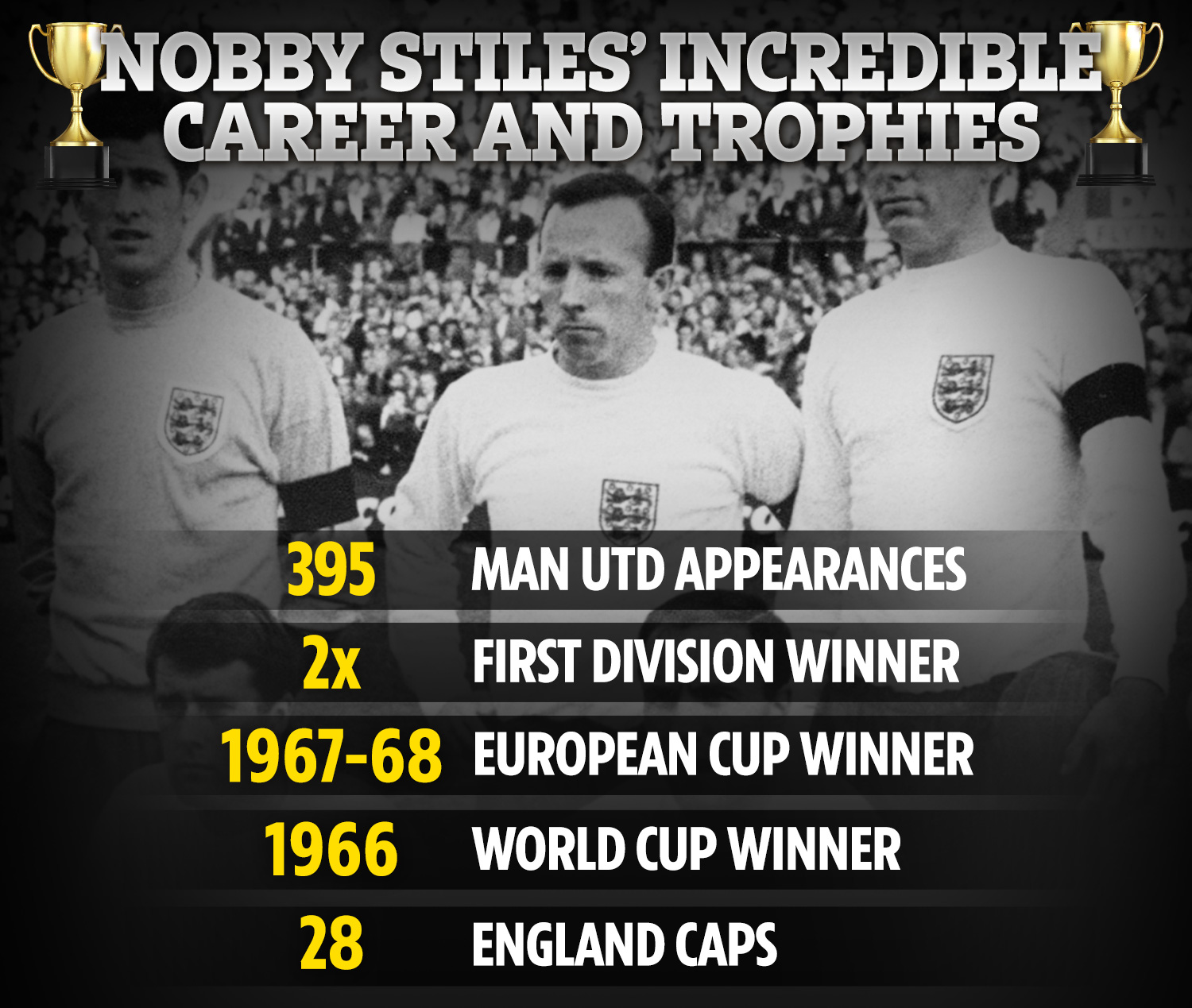 "Another of our 1966 World Cup winning heroes leaves us. He had a heart that was even bigger than the gap in his teeth. RIP Nobby.”

A number of Manchester United players who worked with Stiles in the 1990s took to social media to pay tribute to the World Cup winner's impact on their careers.

"Rest in Peace Nobby. Thank you for all you did for us. You taught us how to fight for everything in that red shirt," wrote Gary Neville.

Another of our 1966 World Cup winning heroes leaves us. He had a heart that was even bigger than the gap in his teeth. RIP Nobby.

"As a 16-year-old boy at Manchester United, it was a privilege to be coached by a legend of the game and a true gentleman," wrote Robbie Savage.

"Really sad news that Man Utd legend Nobby Styles has passed away. A great hero and an inspiration for all United fans," wrote Peter Schmeichel.

England offered their condolences, tweeting: "We're incredibly saddened to learn of the passing of Nobby Stiles, a key member of our FIFA World Cup-winning squad, at the age of 78.

"All of our thoughts are with Nobby's loved ones." 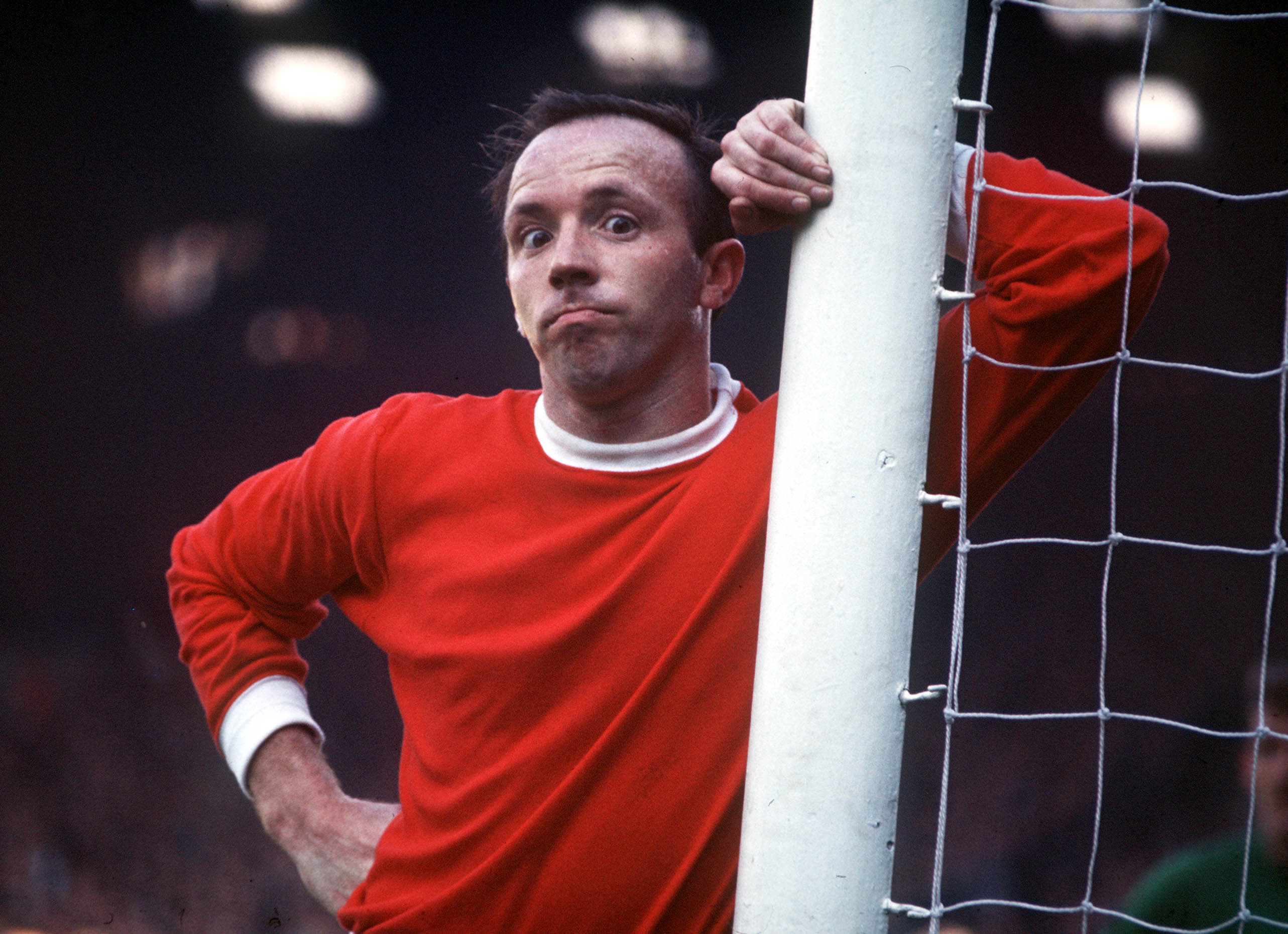 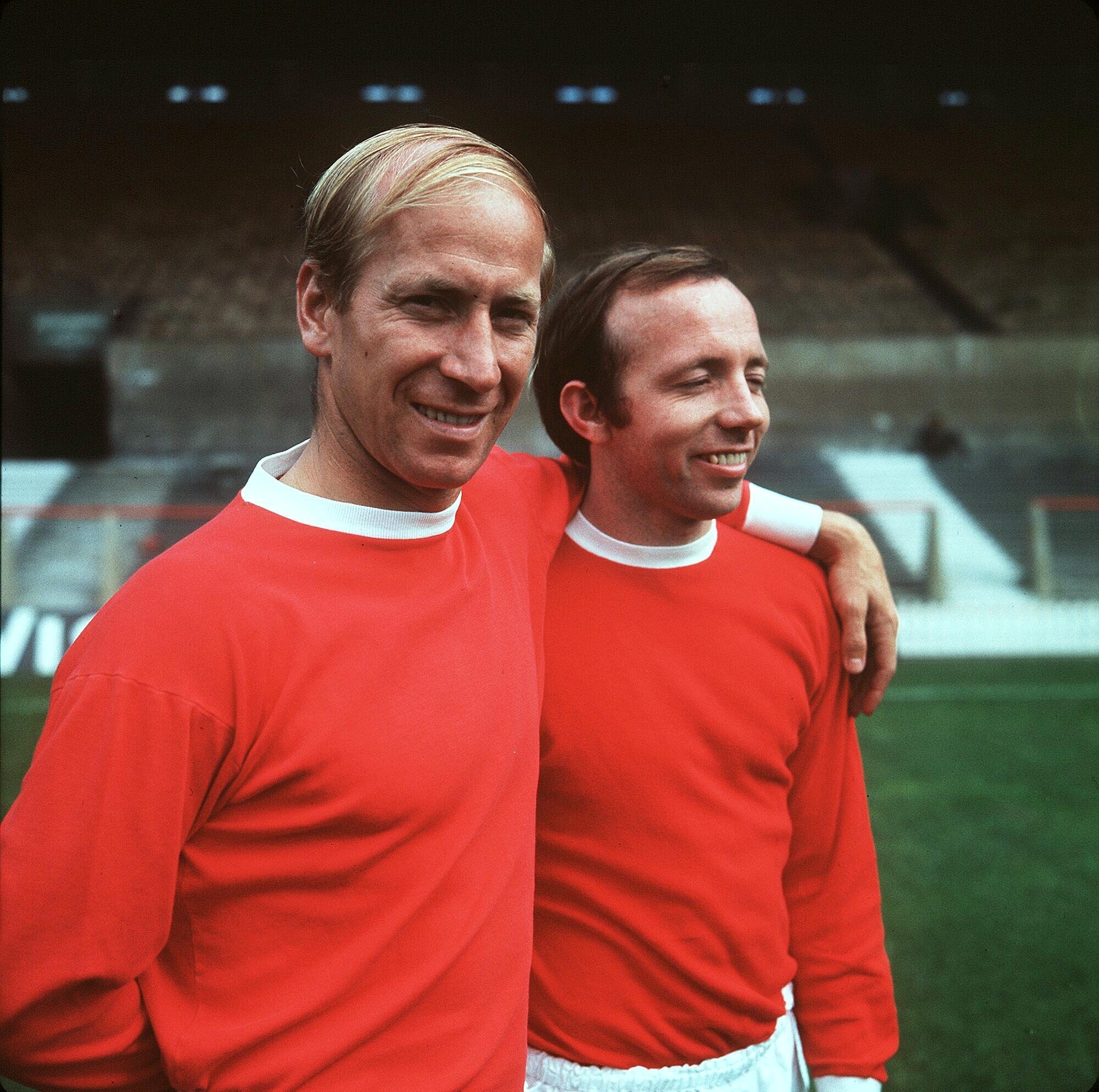 Stiles was an important member of the 1966 World Cup winning team.

He was famous for dancing on the Wembley turf after England beat West Germany 4-2 in the final.

Reflecting on the moment, he told the Guardian in 2002: “It’s still the biggest thing that happened to me [the World Cup]. Wherever you go, what you did means so much to people.

“Not just lads of my age, you’d expect that. But kids of me grandkids’ age, they come up to me and go: ‘Hey, you, you’re the fella with no teeth who danced round Wembley, aren’t you?’ In a way, you end up belonging to everyone.”

The tough-tackling midfielder started his career at Old Trafford, signing for Manchester United in 1959 – a year after the Munich air disaster.

It’s still the biggest thing that happened to me [the World Cup]. Wherever you go, what you did means so much to people.

In beating Benfica in the final at Wembley, Stiles and his teammates became the first English side to win the coveted trophy.

He later went on to play for Middlesbrough between 1971-73 and Preston North End from 1973-75, before retiring from the game.

After hanging up his boots he went into coaching and managed Preston, Vancouver Whitecaps and West Brom.

He returned to United as a youth team coach under Sir Alex Ferguson in 1989 for a four-year stint.

Sadly his health deteriorated in his later years.

In 2010, after a mini-stroke, he decided to sell his medals in order to leave something to his family.

United bought them for £200,000 and the medals are now housed in the club's museum.

His son Rob described the footballer's heartbreaking struggle with Alzheimer's disease in 2017.

Rob said: "He’s not aware of anything. We’ve been told he’s in the final stages but you just don’t know how long it goes on for.

“You can go one day where you think he’s going to die, then the next day he’s fairly alert. He’s very bad now.” 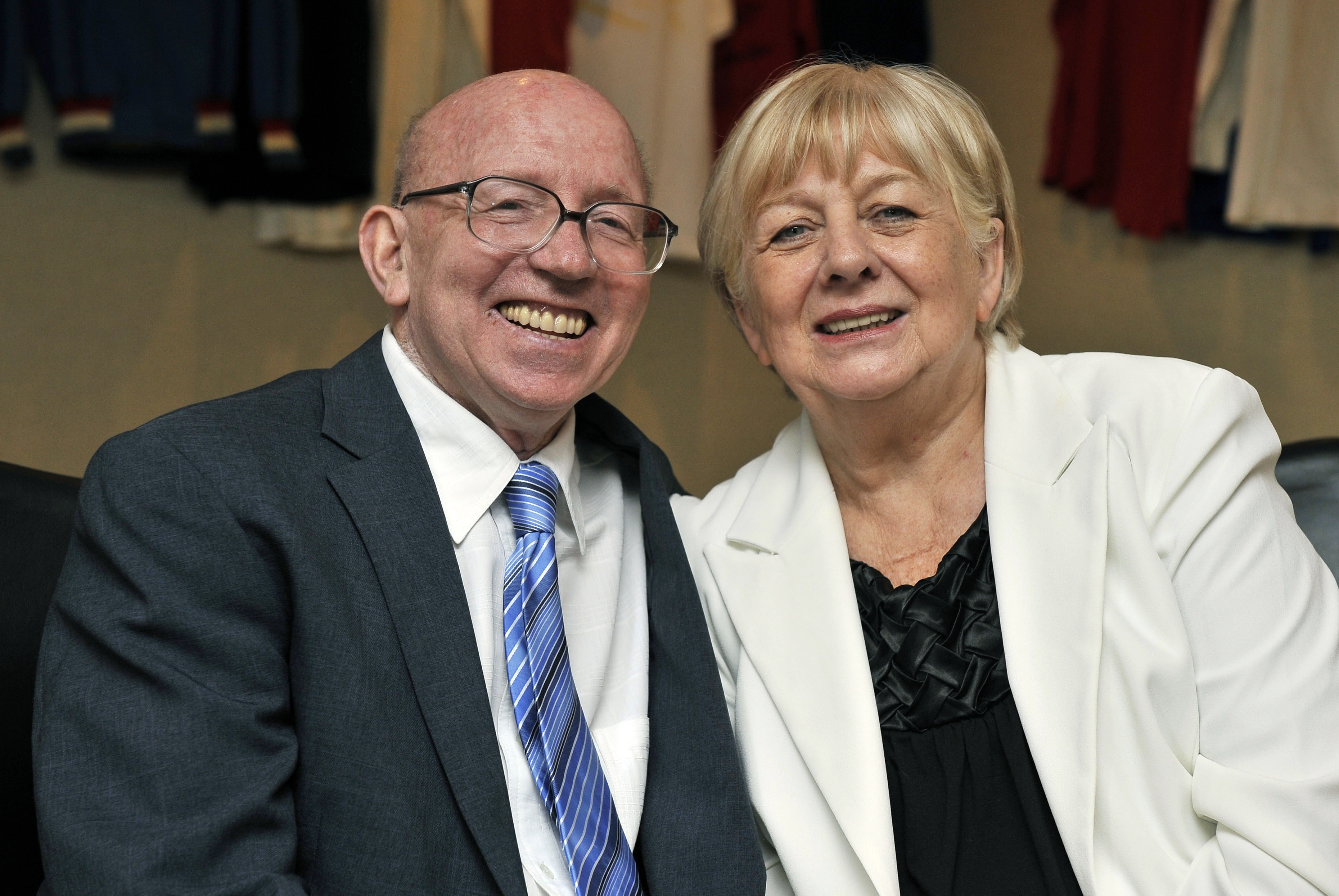 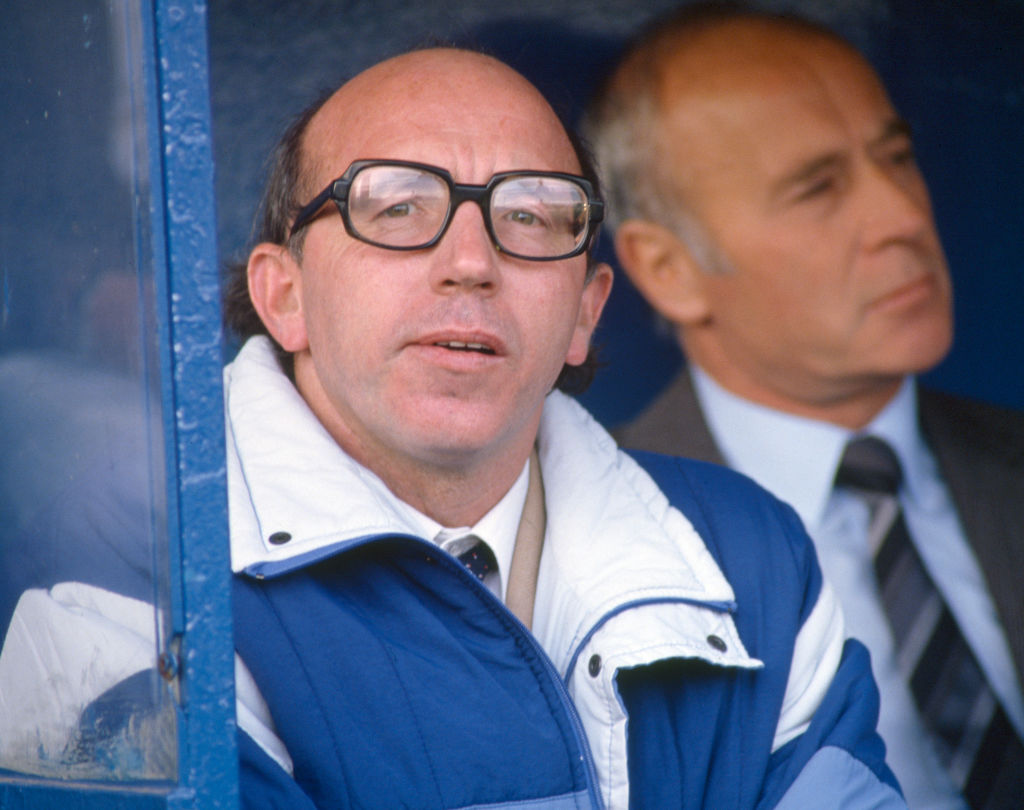