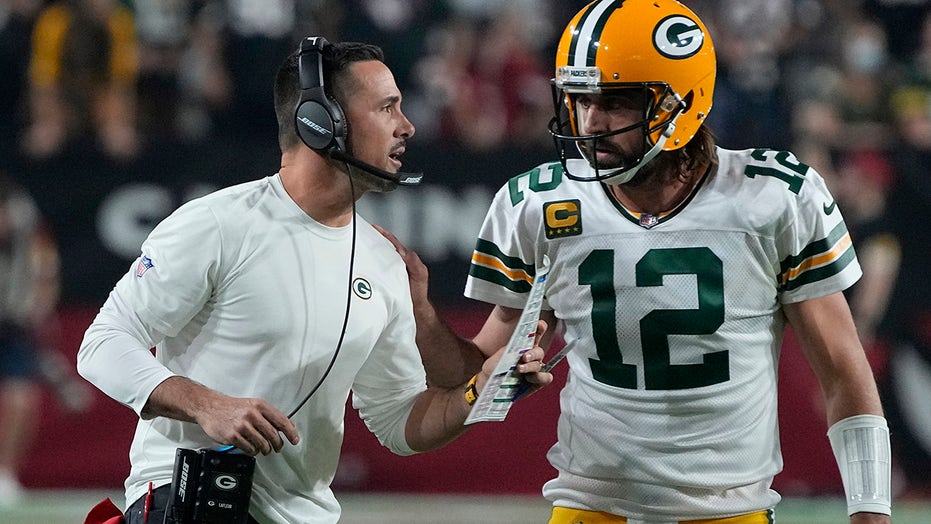 There’s a new number one heading into Week 9.

The Packers were without wide receivers Davante Adams, Allen Lazard and Marquez Valdes-Scantling. And starting tight end Robert Tonyan suffered a season-ending ACL injury midgame against the Cardinals, but it didn’t matter. 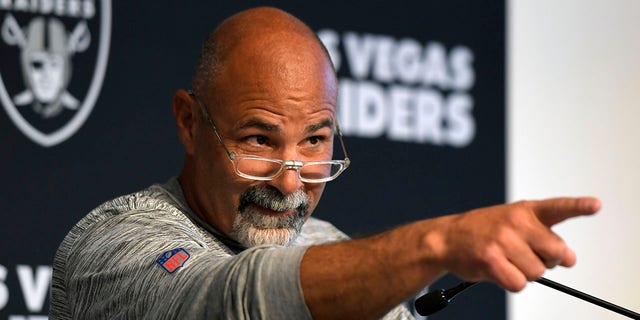 Outlook: Coming off a bye, the Raiders will travel to MetLife Stadium to take on the Giants. The off-the-field drama continued in Las Vegas this week when wide receiver Henry Ruggs III was involved in a deadly DUI car crash, killing one person. Ruggs was released by the team one day later. The Raiders have battled more adversity than any other team in the NFL this season, but they still have a winning record and they have a really good shot at winning this week. 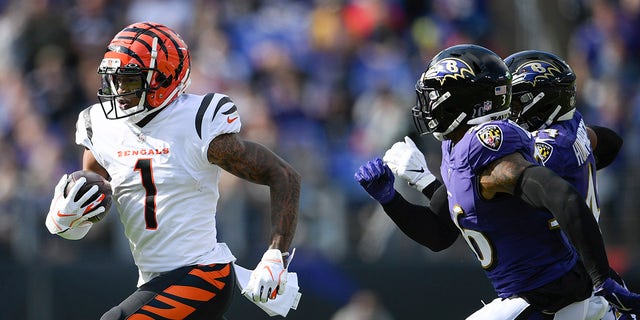 Outlook: Lamar Jackson and the Ravens will look to bounce back when they host the Vikings on Sunday afternoon. Baltimore suffered a huge 41-17 loss to the Bengals, but Cincinnati followed that up with a huge letdown against the Jets this past week. Because of that loss, the Ravens are back in the top 10. 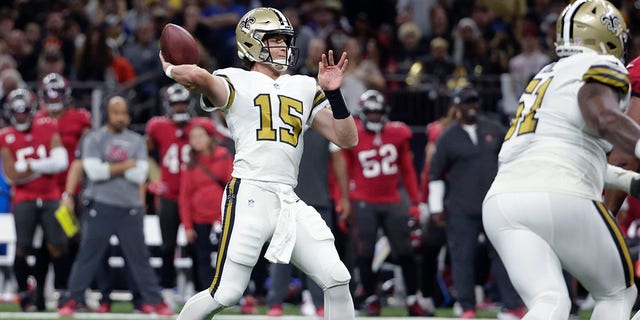 Outlook: Saints quarterback Jameis Winston went down with a season-ending injury, but Trevor Siemian stepped in and led the way. He threw for 159 yards and one touchdown and the Saints defense came up clutch with 1:24 to go in the game when P.J. Williams intercepted Tom Brady and returned it for a 40-yard touchdown. Next up, the Falcons. 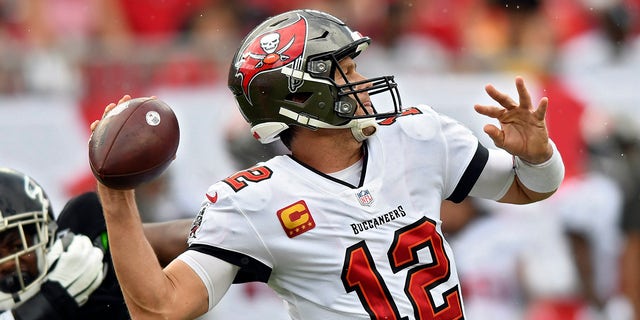 Tampa Bay Buccaneers quarterback Tom Brady fires a pass against the Atlanta Falcons during the first half of an NFL football game Sunday, Sept. 19, 2021, in Tampa, Florida.
(AP Photo/Jason Behnken)

Outlook: The Saints continue to be Tom Brady’s kryptonite. The future Hall of Famer completed 28 of 40 passes for 375 yards and four touchdowns with two interceptions in the loss. Tampa Bay will be on a bye this week. 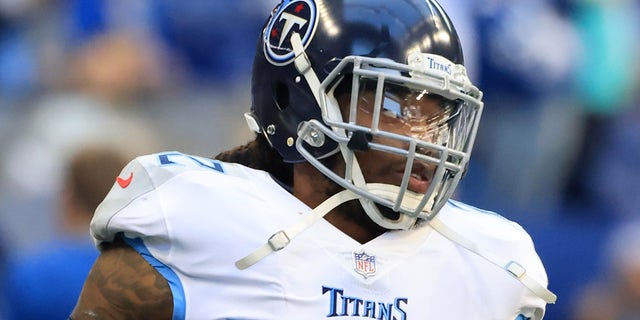 Derrick Henry of the Tennessee Titans warms up before a game against the Indianapolis Colts at Lucas Oil Stadium on Oct. 31, 2021, in Indianapolis, Indiana.
(Justin Casterline/Getty Images)

Outlook: Tennessee came away with a huge win over its divisional rival, but the Titans suffered a big blow during the game. All-Pro running back Derrick Henry is likely done for the season and it’s going to be hard to fill his shoes. The Titans signed Adrian Peterson to fill the void in the meantime. Next up, a huge matchup with the Rams. 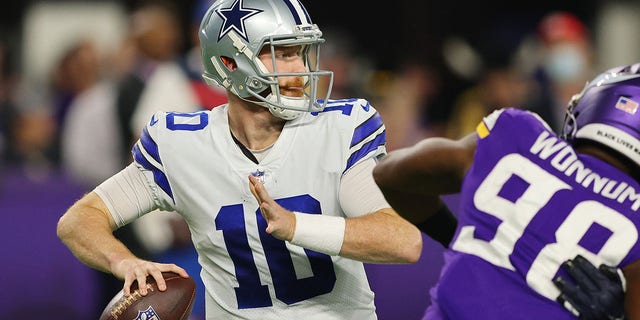 Cooper Rush (10) of the Dallas Cowboys throws a pass against the Minnesota Vikings at U.S. Bank Stadium on Oct. 31, 2021, in Minneapolis, Minnesota.
((Photo by Adam Bettcher/Getty Images))

Outlook: The Cowboys were without Dak Prescott but still managed to go into Minnesota to take down Kirk Cousins and the Vikings. Backup Cooper Rush completed 24 of 40 passes for 325 yards and two touchdowns in the win. Prescott should be back when they face the Broncos next. 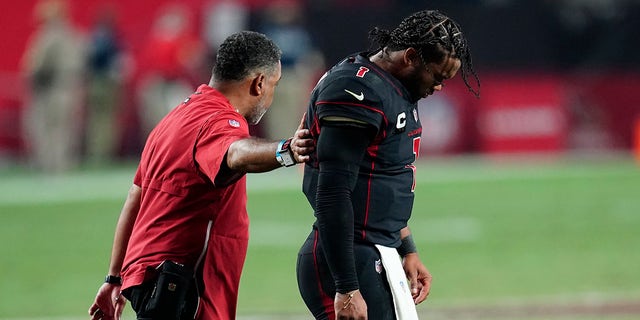 Arizona Cardinals quarterback Kyler Murray walks off the field after being hit during the second half of an NFL football game against the Green Bay Packers, Thursday, Oct. 28, 2021, in Glendale, Arizona. The Packers won 24-21.
(AP Photo/Ross D. Franklin)

Outlook: Kyler Murray and company weren’t at their best last Thursday night against the Packers. He threw for 274 yards but had two interceptions, one of which came with 12 seconds left in the fourth quarter. Arizona will look to rebound in San Francisco this week. 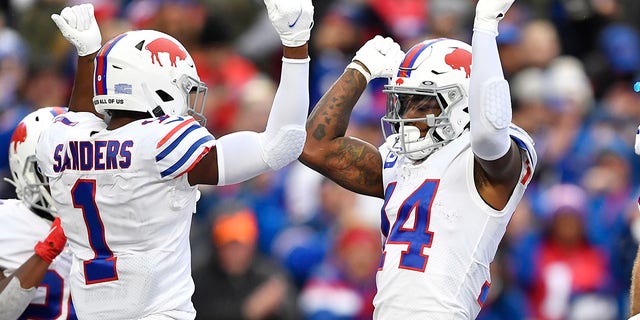 Buffalo Bills wide receiver Stefon Diggs (14) celebrates with Emmanuel Sanders (1) after his touchdown during the second half of an NFL football game against the Miami Dolphins, Sunday, Oct. 31, 2021, in Orchard Park, New York.
((AP Photo/Adrian Kraus))

Outlook: Bills quarterback Josh Allen threw for 249 yards and two TDs and added 55 yards and one rushing TD in the key win over their AFC East rivals. Buffalo should come away with another victory this week when it travels to Jacksonville to face the Jaguars. 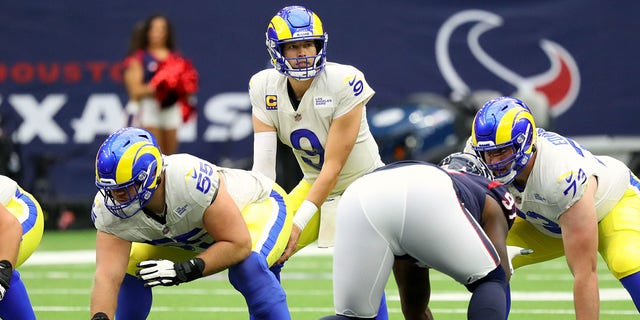 Matthew Stafford (9) of the Los Angeles Rams under center during the first half against the Houston Texans at NRG Stadium on Oct. 31, 2021, in Houston, Texas.
((Photo by Bob Levey/Getty Images))

Outlook: Matt Stafford and company continued to roll on against Houston. The Georgia product completed 21 of 32 passes for 305 yards and three touchdowns, and wideout Cooper Kupp hauled in seven receptions for 115 yards and one score. Next up, a Sunday night date with Tennessee. 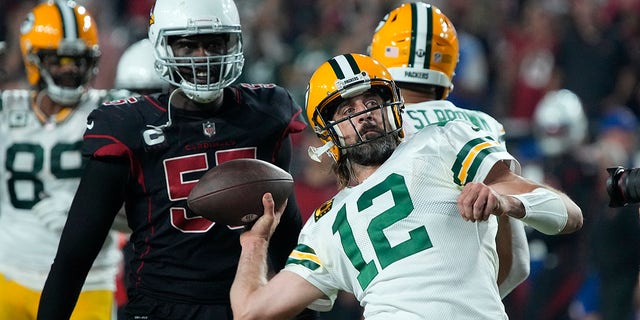 Green Bay Packers quarterback Aaron Rodgers (12) throws the ball into the crowd as time expires during the second half of an NFL football game against the Arizona Cardinals, Thursday, Oct. 28, 2021, in Glendale, Arizona. The Packers won 24-21.
(AP Photo/Rick Scuteri)

Outlook: There was no Davante Adams, but Aaron Rodgers managed to complete 22 of 37 passes for 184 yards and two touchdowns to take down undefeated Arizona. The Packers will be without Rodgers – who tested positive for COVID-19 – when they travel to Kansas City to face the Chiefs next.